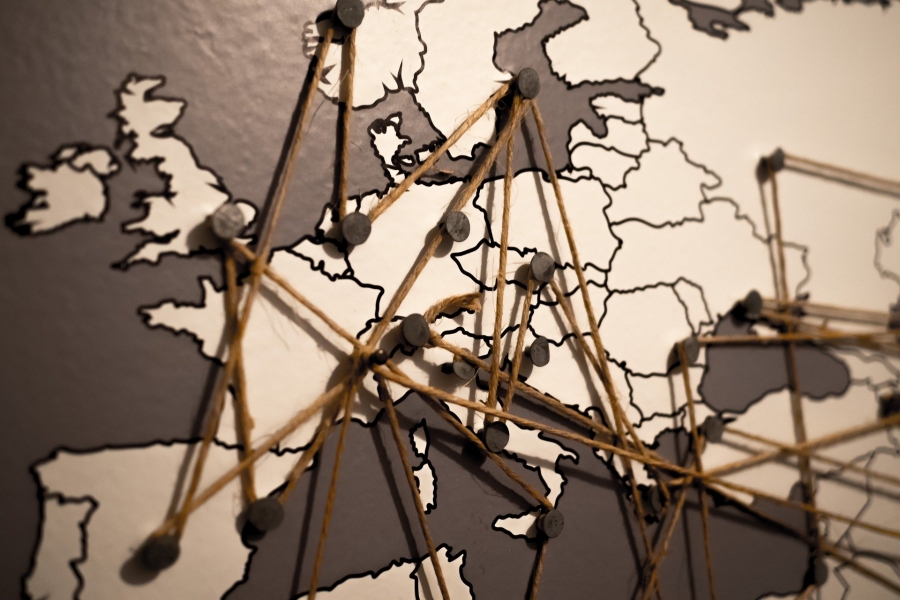 In a recently published report, researchers from Adamant Capital have compared the modern-day Bitcoin economy to that of Europe between the 16th and 17th centuries. Titled ‘The Bitcoin Reformation,’ the report draws fascinating parallels between the two economies separated by time, as well as the behavioral tendencies of investors and market sentiments.

“In the Bitcoin community, in response to a cultural aversion of trusted third parties, high risk of theft and loss, and long-term regulatory uncertainty, we expect increased adoption of highly secure, trust-minimized bitcoin deposit banking solutions.”

The report stated that the most trust-minimized solutions are those designed to render theft or fraud extremely difficult, adding that the growing adoption of multi-sig addresses for Bitcoin storage is likely a promising start for a much bigger trend.

In 16th century Europe, the Amsterdam Wisselbank (AWB) and its money’s “intrinsic superiority to currency” had played a key role in the prosperity of the Dutch republic. Despite the institution charging exorbitant fees on storage, transactions, and withdrawals, their notes were traded at a premium versus the actual gold and coins they were backed by. The report also compared the behavioral patterns of merchants in terms of the insurance they bought to current insurance trends in the Bitcoin space.

16th century Europe saw the first-ever modern IPO when the Dutch East India company did a public offering, creating a market of highly liquid shares that were also desirable as collateral. This made them perfect assets for a flourishing derivatives market and according to historian L.O. Petram, “after the period 1630-50, investors were primarily interested in the financial services the secondary market provided, rather than in the East India trade itself.”

These historical VOC shareholders shared similarities with modern-day Bitcoin savers, the latter of whom are also long-term committed, have a relatively high concentration of their wealth tied up in the asset and don’t like to sell, since it leads to capital gains taxes.

“We expect the use of Bitcoin as collateral for borrowing to become increasingly widespread, [and] are also bullish on Bitcoin derivatives markets. Our hypothesis is that the sectors in which price volatility impacts an economy the most will grow the largest derivatives markets: VOC shares in 16th century Amsterdam, agriculture and precious metals in 1980, interest rates today, and tomorrow, perhaps Bitcoin.”

The researchers also pointed out parallels between historical annuities issued by Dutch cities and today’s IEO tokens. Similar to how annuities enabled the cities to raise capital during the Dutch revolt, Bitfinex, Binance, Huobi and other large exchanges have launched digital assets exhibiting annuity-like characteristics. The trust shown towards the entity issuing annuities, who provided no guarantee of receiving the collateral back, is reflected today in the loyal customer base Bitcoin exchanges have built for themselves.

“In analogy, we expect a continued popularity of these annuity-like offerings among offshore Bitcoin exchanges and crypto trading millennials. Over time we expect the emergence of life insurance mutual companies. Inflation dampens demand for life insurance over time, and so conversely if Bitcoin-as-hard-money sees widespread adoption, it is logical for life insurance products to become highly popular once more.”