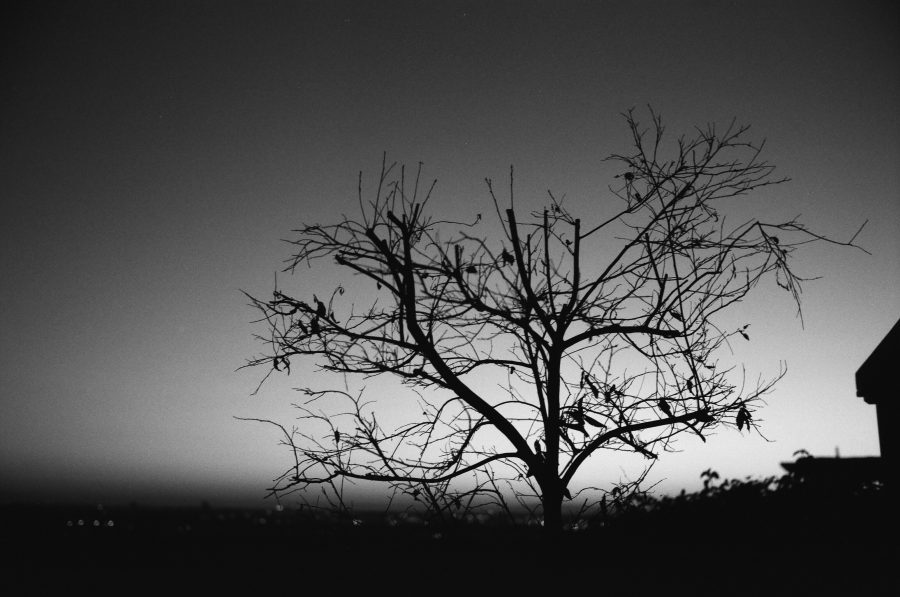 Bitmain, the Beijing-headquartered mining giant, is one of the most controversial entities in the cryptocurrency space yet again, on the back of its new Initial Public Offering filing in the United States and Jihan Wu taking back control of the company by announcing that he has “come back to save this ship (from sinking).” Importantly, while Jihan Wu has made one of the most controversial comebacks in recent memory, the company’s control over Bitcoin’s hashrate seems to be withering away, when compared to August.

Bobby Ong, Co-founder of CoinGecko, put out an analysis of Bitcoin’s current hashrate on his Twitter account, claiming that Bitmain had a majority of the hashrate in its control in August. BTC.com pool controlled 19.7 percent hashrate, Antpool controlled 12.8 percent, and ViaBTC controlled 7.4 percent of the hashrate, placing Bitmain at the top for that month with the former two being directly owned and the latter indirectly. However, the mining giant is now facing defeat in the hands of Poolin and F2pool.

“What a big difference 3 months make to @BITMAINtech with all the drama. In August, I looked at Bitcoin’s hashrate distribution. Bitmain was the number 1 & 2 largest mining pool (http://BTC.com & AntPool). Now they have been overtaken by @f2pool_official & @officialpoolin” 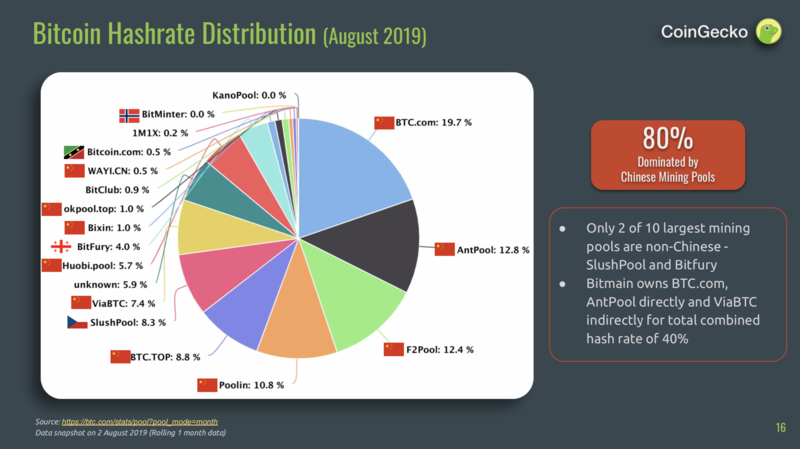 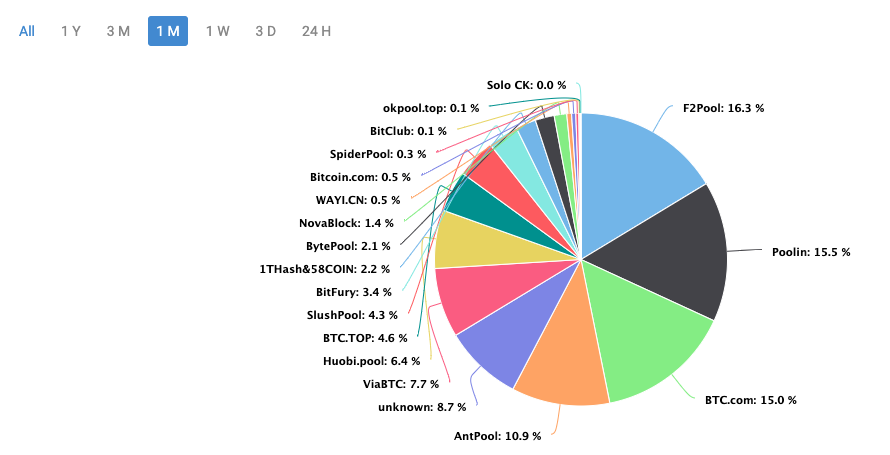 Dovey Wan, Founding Partner at Primitive Crypto, also opined on the matter on her social media platform. Wan highlighted that while Bitmain might have lost majority control of Bitcoin’s hashrate, it is important to note that the mining pool is not the company’s main business. She said,

“But be aware mining pool is NOT the main business of Bitmain prob <1% and most of their self mining hashrate is hosted on private pool However even for miner sales, I think they are way behind What’sMiner in this cycle, maybe that’s the reason Jihan exploded”

When asked how the next three months could turn out for Bitmain, Ong responded that it is “very hard to predict.” However, he added that things would not be going along the lines of Bitmain. He said,

“[…] things don’t look too good for Bitmain and may deteriorate further as Zhan launches a lawsuit following his ouster. But we never know if Jihan can work magic and turn things around!”

Related Topics:Bitcoin hashrateBitmainCoinGecko
Up Next

Bitcoin is best store of value on the planet: Bitrefill CCO