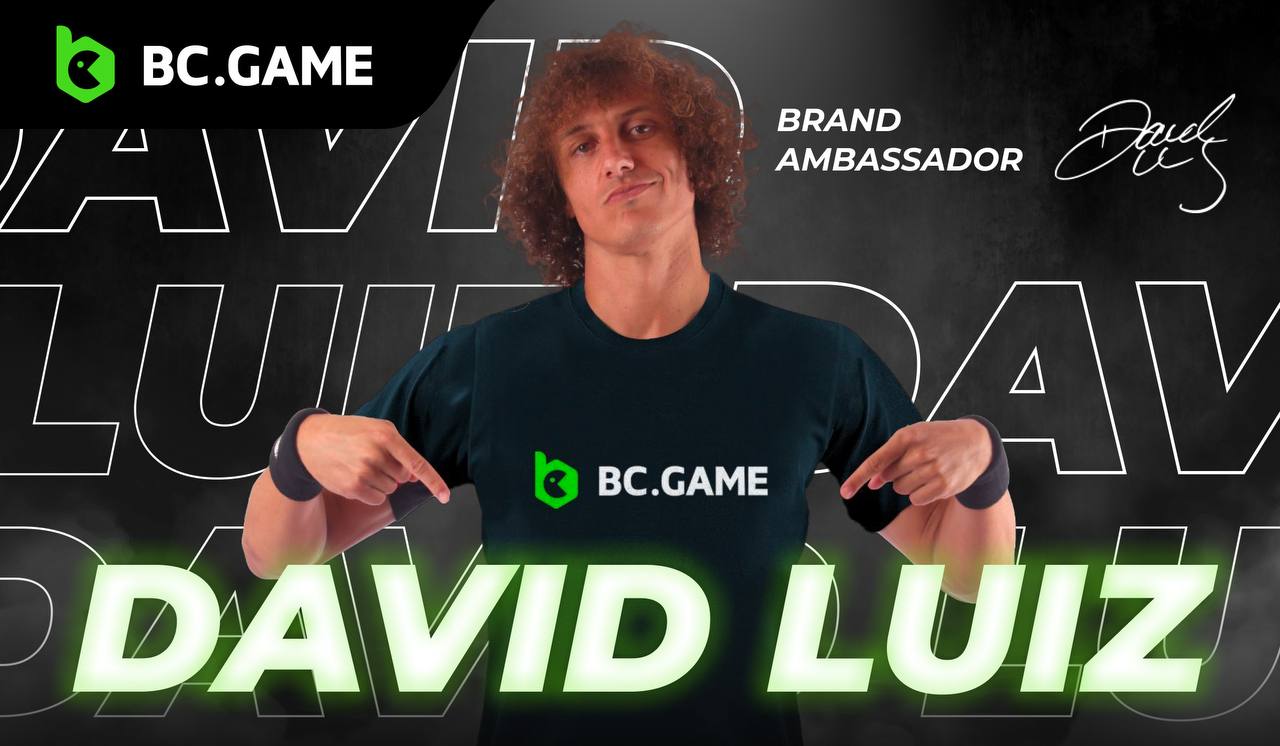 BC.GAME has announced that David Luiz, a Brazilian professional football player of the Flamengo team, has become its official brand ambassador. As the crypto casino’s brand ambassador, Luiz will consistently collaborate with BC.GAME to help promote the casino platform and engage with its community through social media and live-streaming platforms.

David Luiz as a Brand Ambassador for BC.GAME

David Luiz’s association with BC.GAME will not only help the crypto casino gain more exposure. As a BC.GAME ambassador and one of Brazil’s most prominent football players, he can connect the Brazilian football community with the crypto casino platform and grow the brand’s player base in Brazil.

Through social media, Luiz will primarily engage and connect with the crypto casino community. He will also be connecting with many players and fans through Twitch, an interactive streaming platform made for gaming and entertainment.

Luiz said, “I’m very happy to be partnering with BC.GAME and very excited for the collaboration coming soon.”

Brazil has seen a rise in the number of players participating in online casinos, with many opting to play at crypto casinos for their excellent accessibility and offered security. BC.GAME has also recently included sports betting in its gaming portfolio, which also happens to be one of the most popular forms of gambling games in Brazil.

Coco, the emblem of BC.GAME, said, “Brazil has dominated 2022 in regards to tech innovation and regulatory framework for cryptocurrencies and iGaming. BC.GAME has proudly contributed to this since the doors first opened. We are very pleased to be moving into 2023 with this announcement of our partnership with David Luiz. Our combined efforts will help to maintain this trend, with Brazil at the focal point for tech advancements and crypto mass adoption. The world is watching.”

David Luiz Marinho, also known professionally as David Luiz, is a professional football player from Diadema, Brazil. He is part of the Flamengo Rowing Club, a Brazilian sports club headquartered in Rio de Janeiro. Although Luiz mainly plays as a center-back, he’s also known for taking on other roles, such as a defensive midfielder or full-back.

BC.GAME is a licensed online crypto casino platform that offers a wide variety of casino games, live casinos, and sports betting events. Besides integrating cryptocurrency and blockchain technology in its platforms, the crypto casino is also one of the first casinos to support lightning networks, Binance Smart Chain, Arbitrum, and other Layer 2 solutions, further revolutionizing the casino industry and the world of blockchain.

This year, BC.GAME has received the “Crypto Casino of the year” title from the 2022 Sigma Awards. It also formed partnerships with the Argentine Football Association (AFA) and Cloud9.