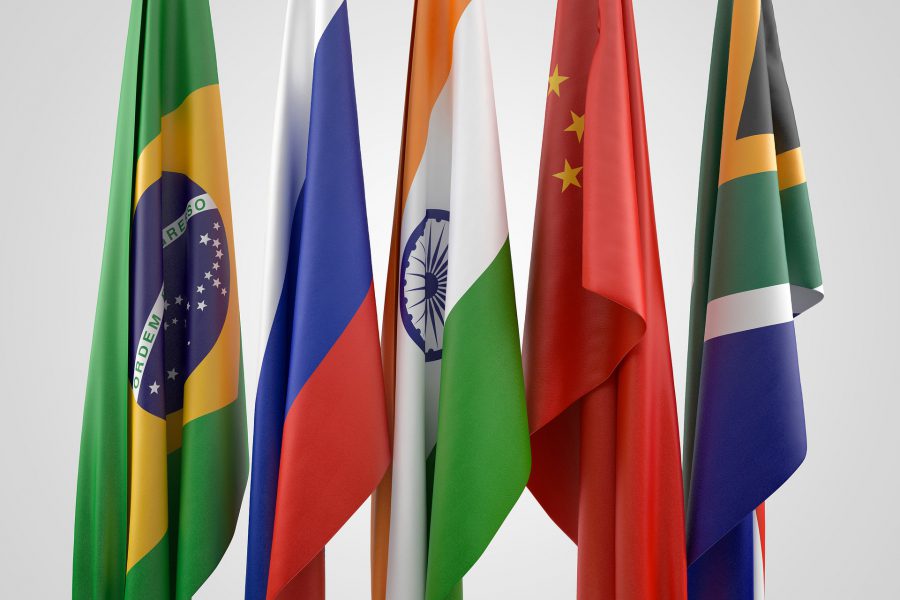 Today, it’s fair to say that many countries across the globe are looking at the prospect of alternatives to the present-day monetary system. Cryptocurrencies have emerged as one of these options lately, with many countries taking steps towards embracing and even adopting cryptos, or at the very least, its underlying technology. The BRICS nations’ latest meeting seems to have doubled down on the idea of embracing these digital currencies.

According to a report, BRICS, a group of nations constituted by Brazil, Russia, India, China, and South Africa, recently discussed the development of a common payment system, a network that could perhaps emerge as a competitor to SWIFT.

According to Kirill Dmitriev, Head of the Russian Direct Investment Fund [RDIF],

“An efficient BRICS payment system can encourage payments in national currencies and ensure sustainable payments and investments among our countries, which make up over 20% of the global inflow of foreign direct investment.”

Additionally, Dmitriev called for the integration of the BRICS nations’ national payment systems, to “increase non-market risks of the global payment infrastructure.”

The United States has been very vocal about its concerns regarding CBDCs over the past few months now. Not just CBDCs, but U.S lawmakers and policymakers have even discredited the benefits offered by cryptocurrencies as a whole.

On the other hand, China has been increasingly pro-active with its development of its own CBDC, especially after President Xi Jinping publicly expressed his support for blockchain technology. According to many, the need to circumvent the dominance of the U.S Dollar in the global economy is what drove the Chinese to develop their own digital currency, one backed by the PBoC.

However, China isn’t the only country that seeks a way out of the U.S Dollar’s hegemony. In fact, support for a non-USD cryptocurrency is growing by the day. For instance, Bank of England’s Mark Carney has been outspoken about the same, stating that a central bank supported digital asset may replace the U.S dollar as a global hedge.

In fact, Beatrice Weder di Mauro, President of the Centre of Economic Policy Research, had even claimed that European central banks could band together to issue a CBDC of their own to a) Counter the hegemony of the U.S Dollar and, b) To stop Libra and China’s CBDC from diverting Euro supply, very similar to the concerns aired by Bank of France’s Denis Beau last month.

Proponents of the crypto-ecosystem pitched in too, with Kraken’s Jesse Powell commenting that maybe, the United States is against the idea of CBDCs because it did not want any substantial changes from a global financial perspective where the U.S dollar is no longer a global reserve.

This is unwise, however, claimed Anthony Pompliano, who said that China’s adoption of CBDCs and blockchain and the United States’ lack of effort in the space may hurt the latter’s position as a superpower in the financial landscape.

It can be speculated that if a non-USD, non-China digital asset is launched, it is highly likely that it will be based out a European nation with the likes of the U.K or France at the helm. In fact, the Association of German Banks [Bankenverband] had last month presented a paper that outlined several arguments to support the development of a digital Euro.

Any such digital currency will be bad news for Russia since a majority of these nations have exhibited very anti-Russian attitudes over the years, especially with respect to the country’s foreign and economic policies. In fact, sanctions imposed after the Crimean invasion restrict Russia’s ability to use SWIFT already. The launch of another digital currency will strangle Russia’s ability to do business even more.

What then of the BRICS nations? Well, the chances of a common cryptocurrency emerging from BRICS are very low.

For starters, China, the most powerful of this association of States, is already developing its own CBDC, a CBDC it will have full control of and can use to challenge the hegemony of the U.S Dollar. Why then would it agree to the development of a common, global cryptocurrency which it cannot have that much control over?

What of other countries? Well, India and Russia haven’t had very pro-cryptocurrency credentials over the years, with leaders from both countries airing grave concerns over its possible use for terrorism and money laundering. South Africa is also likely to follow China’s suit as the majority shareholder of Tencent, the developers of China’s WeChat Pay, is Naspers, a South Africa-based media conglomerate. Why would it want to give up the fortunes a Chinese CBDC would entail, for a common cryptocurrency that may or may not have a future?

When any of these CBDCs will launch will be key. If either of these CBDCs makes a splash in the market, it’ll be pretty interesting to see whether it does challenge the U.S Dollar’s hegemony.