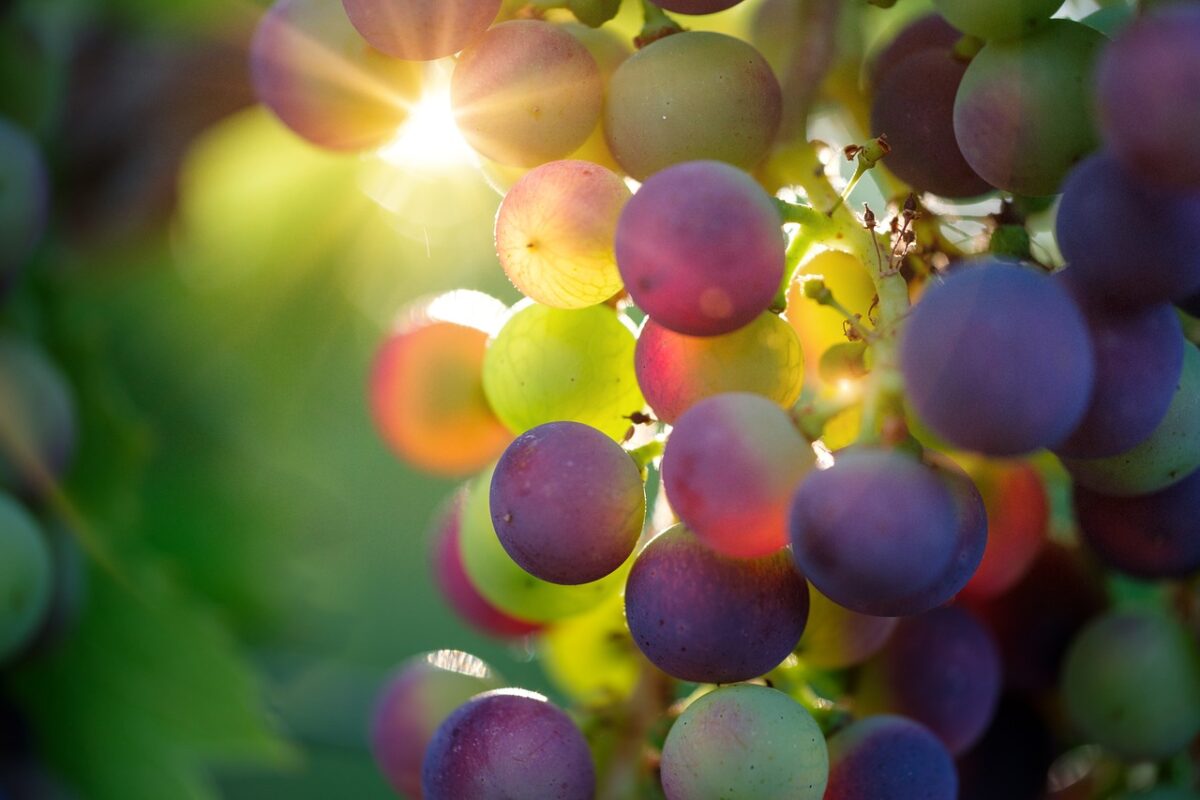 The token of the decentralized exchange PancakeSwap, CAKE, has had a good run in the past week or two as the price appreciated by nearly 60% once the price retested $6 as support. At the time of writing, the PancakeSwap token traded at $9.87, just beneath the psychological $10 level. There was some evidence to suggest that the probability of CAKE climbing past $10 and $11 was good in the weeks to come. 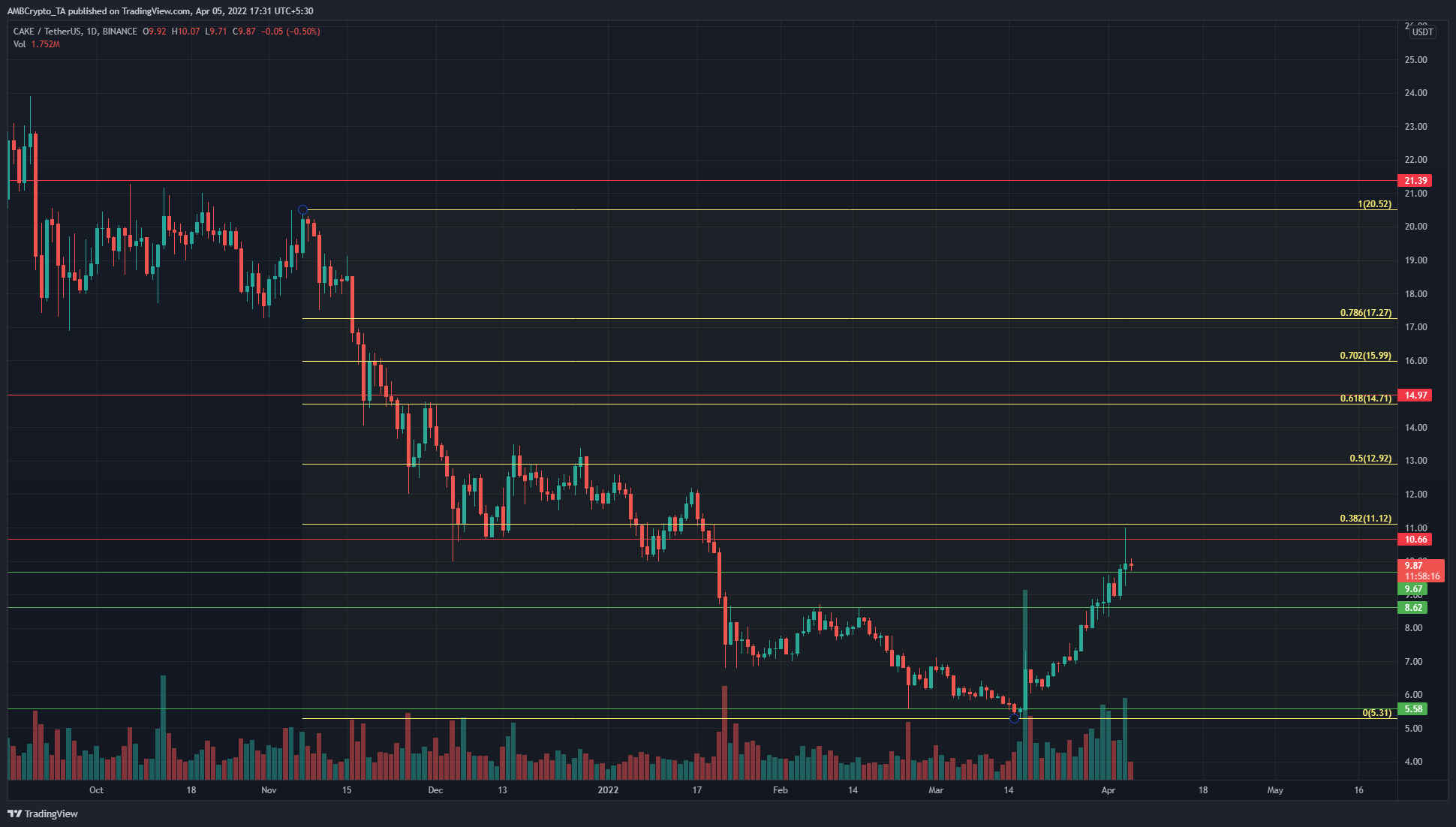 CAKE has broken the February highs at $8.72. Moreover, the price has also established highs for the month of March at $9.53. Therefore, in the next month, these two levels are likely to serve as support levels.

At the time of writing, CAKE was trading just above the $9.67 horizontal level, which has had some importance in the past. For instance, it served as support in March and June last year.

Further to the upside, the $10 mark represents a psychological level of resistance for the price, with $10.66 and $11.12 also being levels to watch out for. 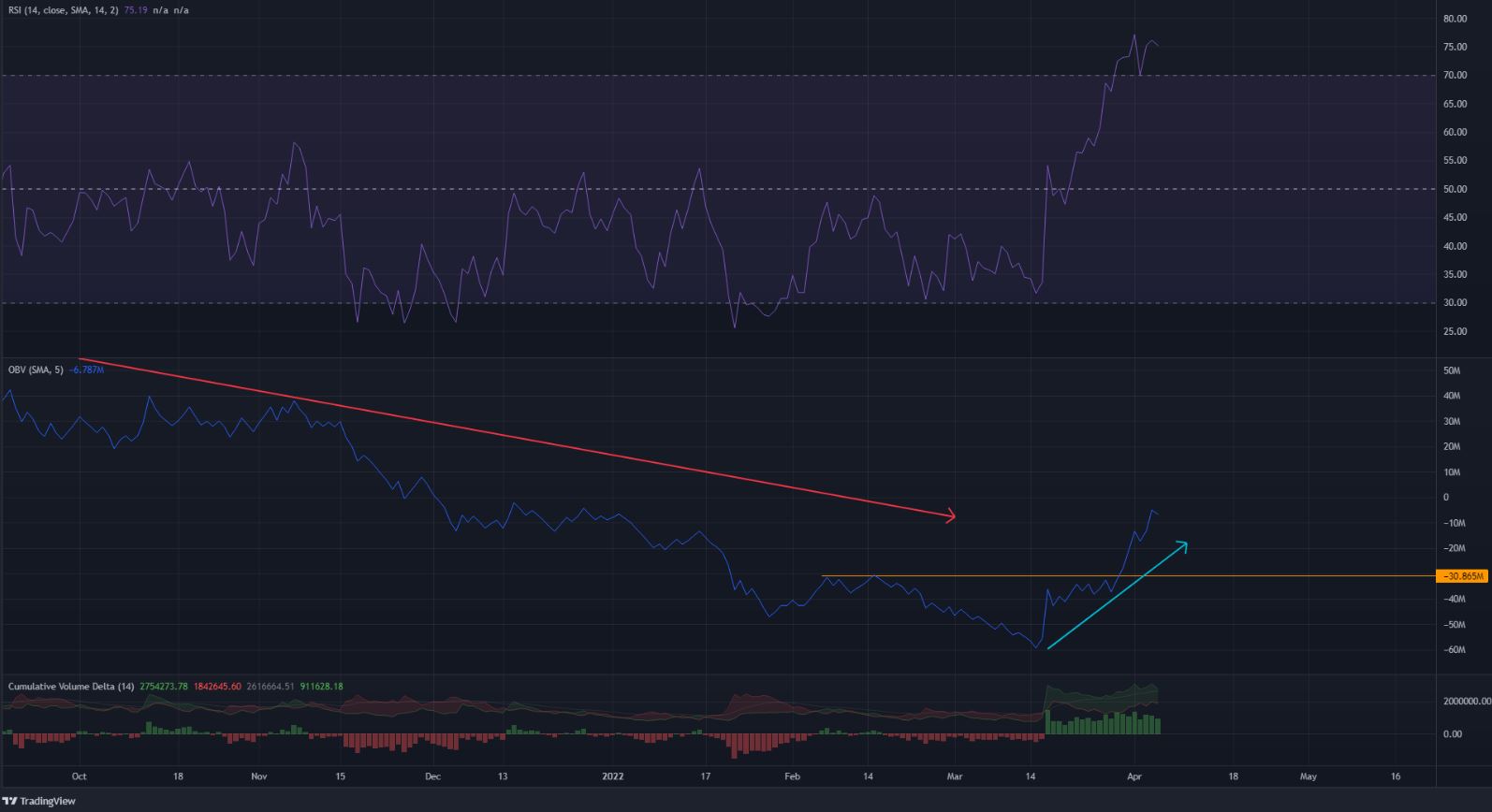 On the daily chart, the RSI has been below the neutral 50 line since October, with brief forays above. This was indicative of a steady and strong downtrend. However, in the past couple of weeks, the RSI has shot upward and stood at 75 at the time of writing. This suggested that the downtrend might have been broken.

Along with the clues from the price action, it appeared possible that CAKE would push higher. The OBV also has been pushing higher in recent weeks and shows that buying pressure was behind the recent rally.

The indicators showed a possible shift in momentum, alongside a strong demand behind the rally of CAKE from the $6 lows. The price action suggested that a move toward $11.1 could materialize in the next few days. A flip of $11.1 to support could present another buying opportunity.

ETH, SP500, and the Fed- what their movements mean for crypto investors