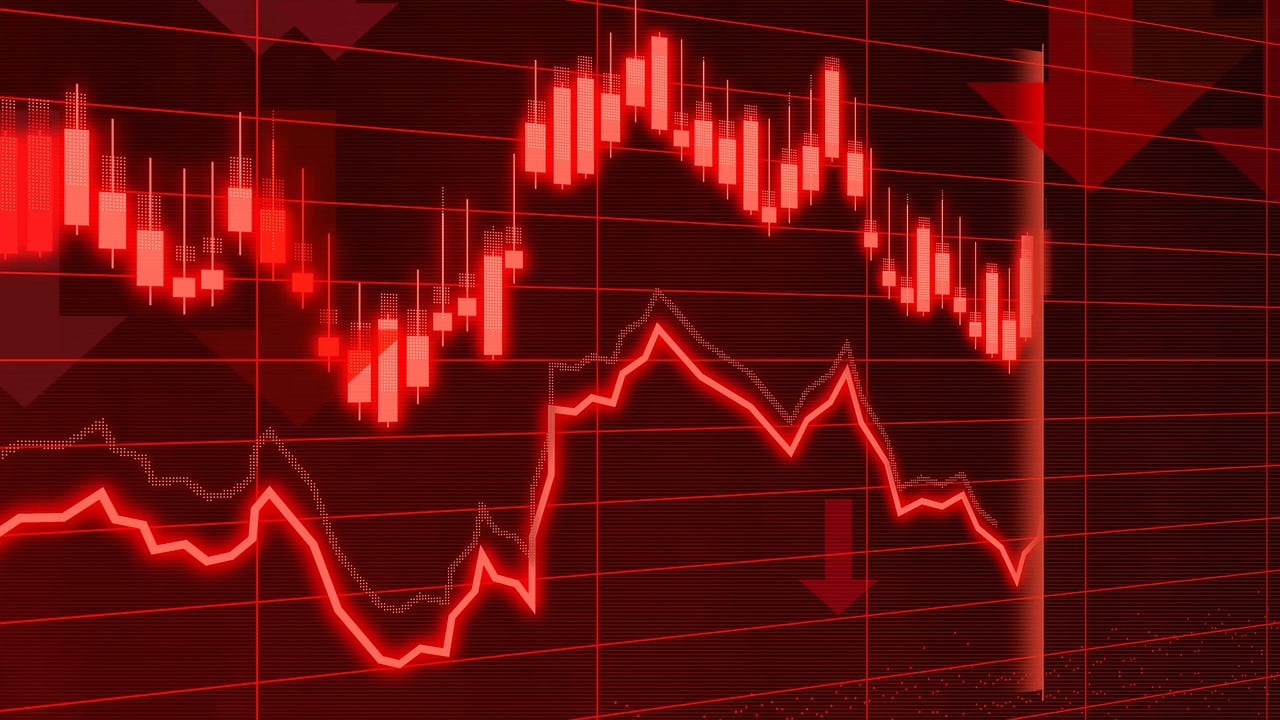 After delivering an impressive upside of more than 100% since mid-June, AAVE struggled to stay above the $100 price level. However, AAVE bulls might be ready for other take-over thanks to the latest development involving its new stablecoin.

A few weeks ago, AAVE announced plans to roll out its own native stablecoin called GHO. The decentralized network revealed in its latest update that it had commenced a snapshot in readiness for a community vote on a GHO proposal.

If the proposal is approved, AAVE might extend its upside fueled by strong demand by investors looking to benefit from the resulting opportunities.

AAVE revealed through an official statement,

“This snapshot, if approved, will assign the Ethereum V2 Market on the Aave Protocol as the first facilitator for GHO, whilst also greenlighting the GHO proposal more generally.”

AAVE’s price action yielded a bullish performance shortly within the same 24 hours that the snapshot announcement was made. It achieved a 26% uptick in the last two days. And, had a $98.14 price tag as per CoinMarketCap at the time of writing.

AAVE’s price chart reveals that the current bullish performance was the result of a bounce back from the RSI’s mid-point.

This is after a slight sell-off since the start of the week. But the bulls have now restored the lost gains. However, it might be due for some retracement now that it is trading within its descending resistance line. 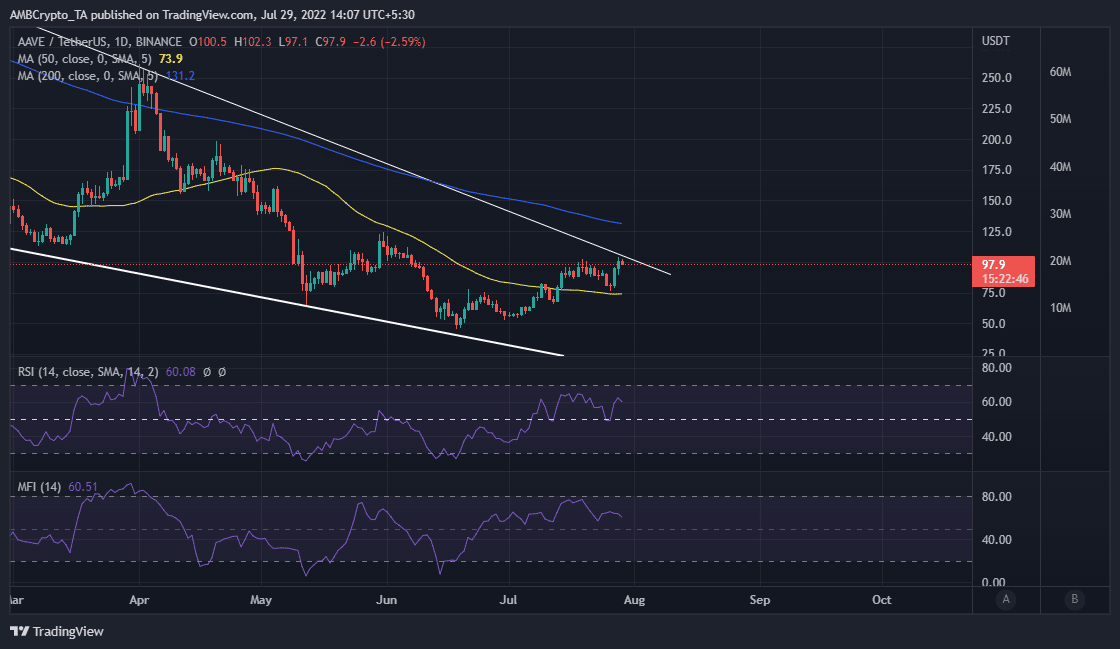 Furthermore, AAVE’s bullish performance was backed by higher exchange outflows than inflows. The number of outflows peaked at 15,645 AAVE in the last 24 hours, while the inflows peaked slightly lower at 13,061 AAVE.

The exchange inflows and outflows highlight a spike in trading activities. But do not necessarily reveal the level of price pressure.

Whale transaction count metrics do a better job at pointing out the level of buying or selling taking place.

There were two addresses that transacted AAVE worth over $1 million on 27 July and at least one address on 28 July.

It is worth noting that the price has achieved some upside during the last 24 hours, suggesting that the movements might have been whales buying AAVE at lower prices.

Despite its upside, the market is still in a period of uncertainty. This means there is still a significant risk of a retracement below $100 at least in the short term. However, the latest developments regarding the GHO stablecoin might fuel a more substantial recovery in the long term.

Exeno Coin: A solution made for Web3 crypto commerce

ETC holders trading without system can consider these metrics