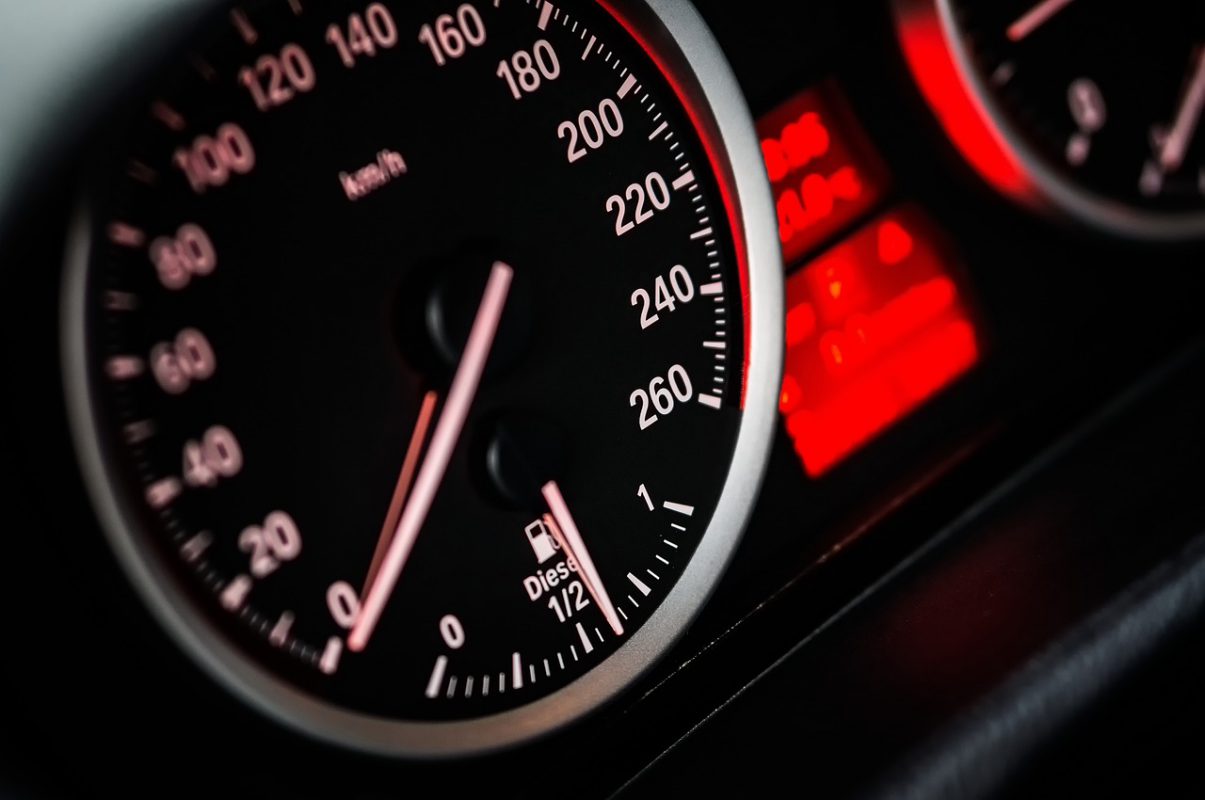 Cardano slipped beneath the $1.09 level after a bearish retest of the $1.14 mark. Monero saw some selling pressure at $220, but the tussle between bears and bulls wasn’t yet decided. VeChain was strongly bullish as it climbed toward a technical target of $0.077. 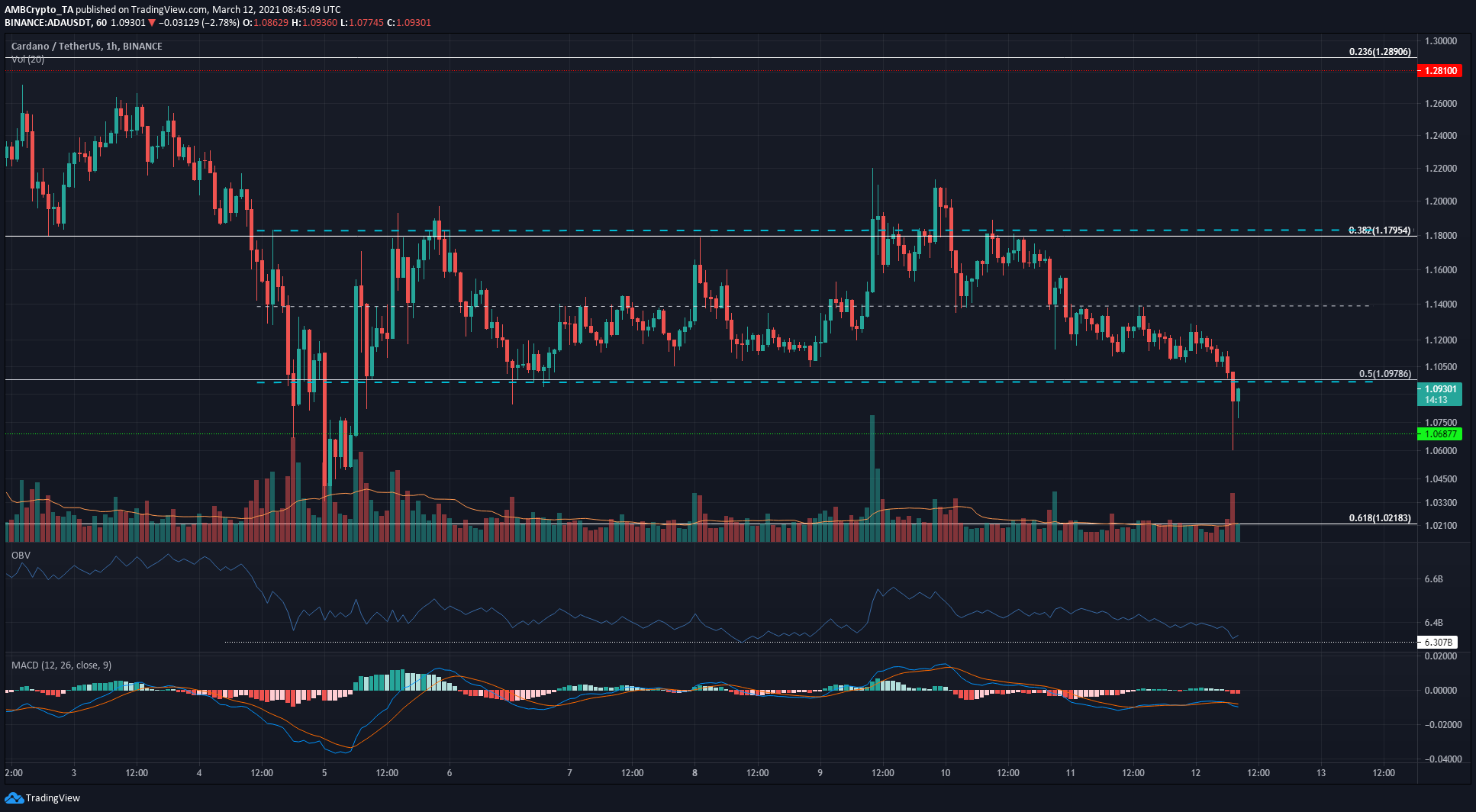 ADA slipped beneath a short-term range it had formed over the past week. The upper and lower boundaries of this range lie at $1.18 and $1.09.

This development could see ADA retest the $1.09 level as resistance and sink further to the $1.02 level. The $1.06 level is a support level but selling pressure could overwhelm it. On the OBV, moving beneath the lows of the range could see a strong breakdown.

The MACD on the hourly chart showed bearish momentum, and the $1.06-$1.02 levels can be tested as support soon. 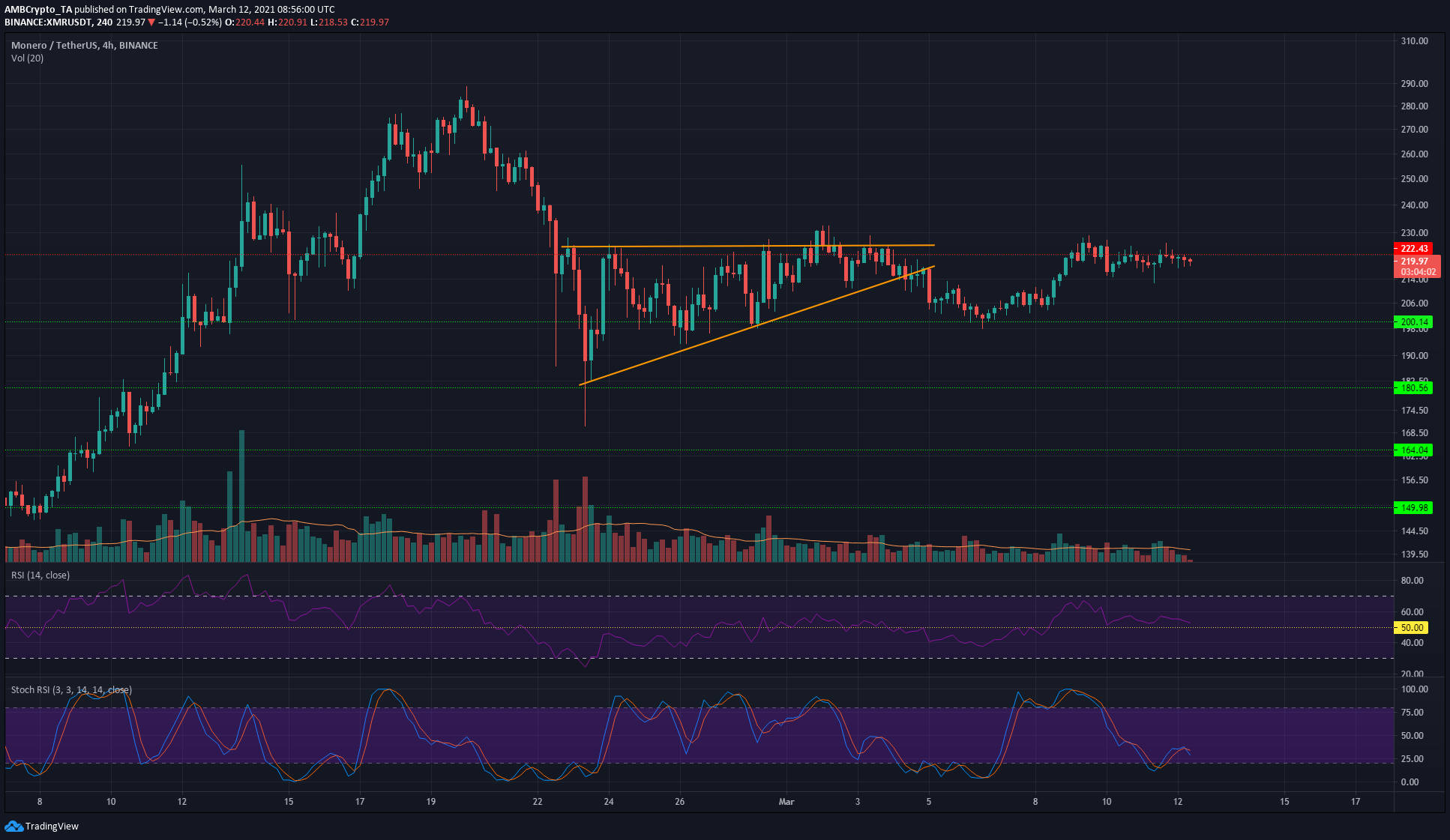 For XMR, the $215-$225 is a region of supply that has not yet been flipped to one of demand. A few days ago the price formed an ascending triangle pattern but failed to breakout past $220, and instead was driven lower to test the $200 level as support.

On the 4-hour chart, momentum had not yet changed to bearish as the RSI stayed above neutral 50. A move beneath $200 will indicate a breakdown to $180. Until confirmation of this (strong volume move beneath $200), any revisit of the $200 mark can be used as a buying opportunity.

In the same vein, a breakout past $225 and retest of the same can be used to enter a long trade with a stop-loss just at $214. The Stochastic RSI was headed toward oversold once more, adding some more strength to the idea of buying XMR in the $215-$225 region. 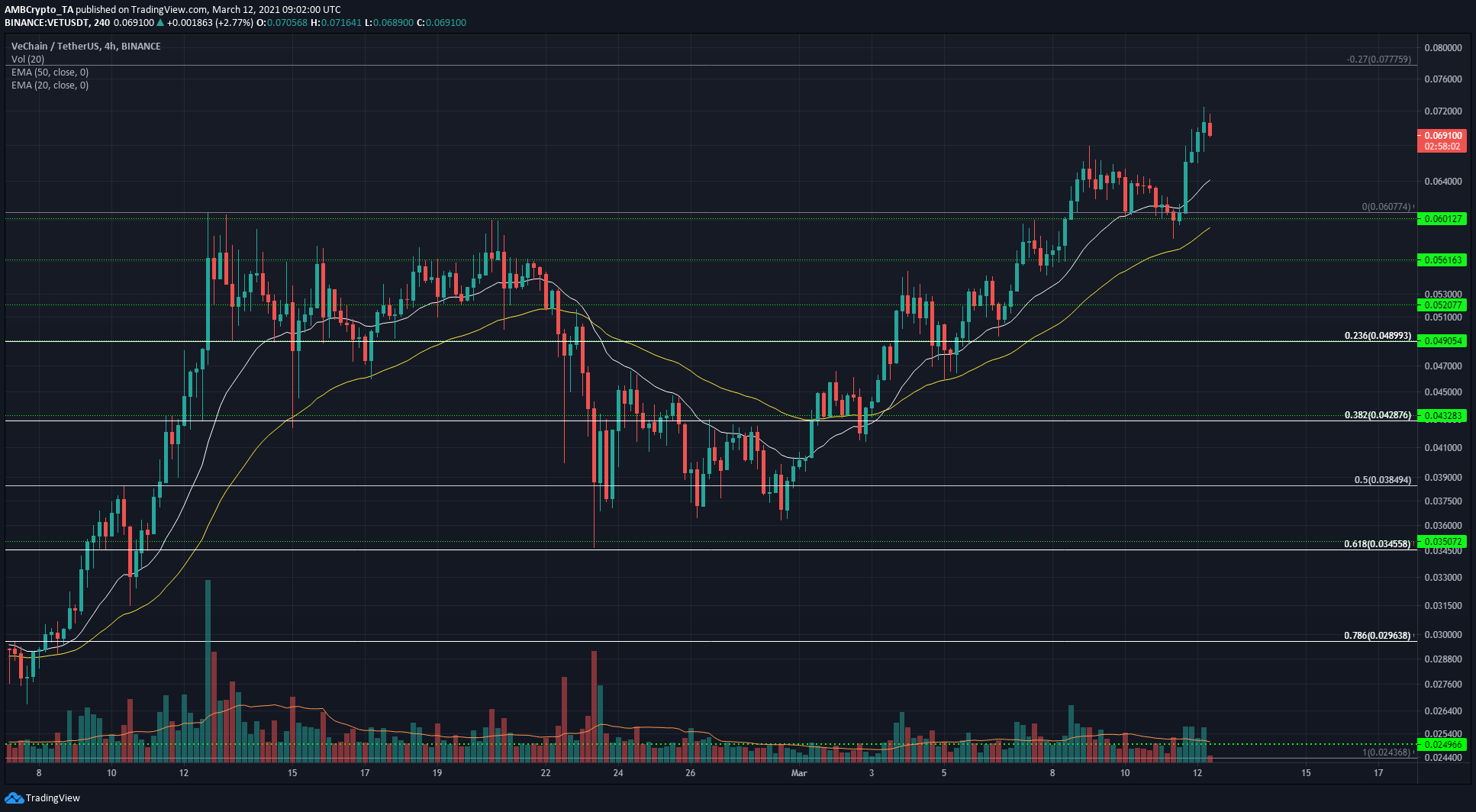 VET showed strong bullish momentum over the past couple of weeks. The 20 and 50-period EMA (white and yellow respectively) were left well behind as VET ascended quickly past its previous local high at $0.06.

Why MicroStrategy won’t stop with its latest $15M Bitcoin purchase