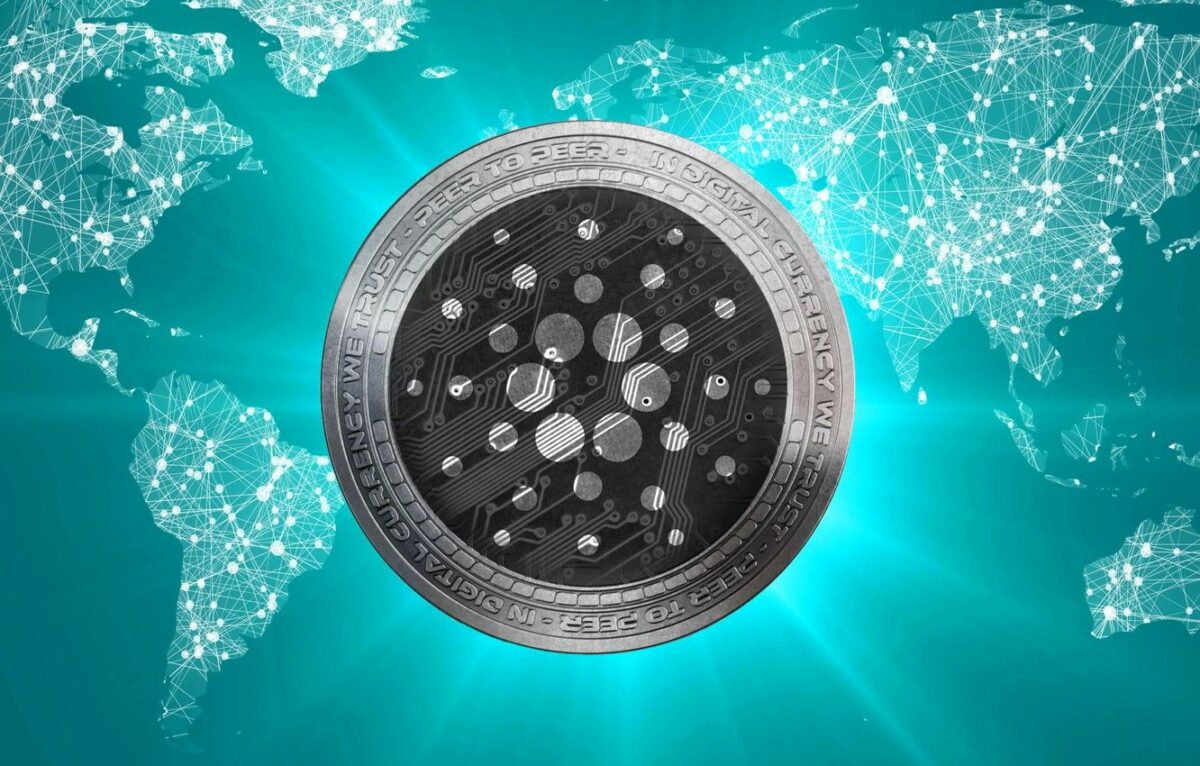 Cardano has just the opportunity to either justify the rising hopes of its investors as they stand hopeful for much-needed relief. Or it could fail to do so and go back to disappointing. The difference is of just a line and Cardano’s closing position today will determine its performance tomorrow.

After being stuck under the wretched resistance of $2.28 for almost 40 days now, Cardano seems to be finally making a push to breach it. In the past too it has made multiple attempts to do so which did not pan out as hoped for. However, because the broader market appears to be bullish right now, there is a chance for ADA to finally gain back its momentum. 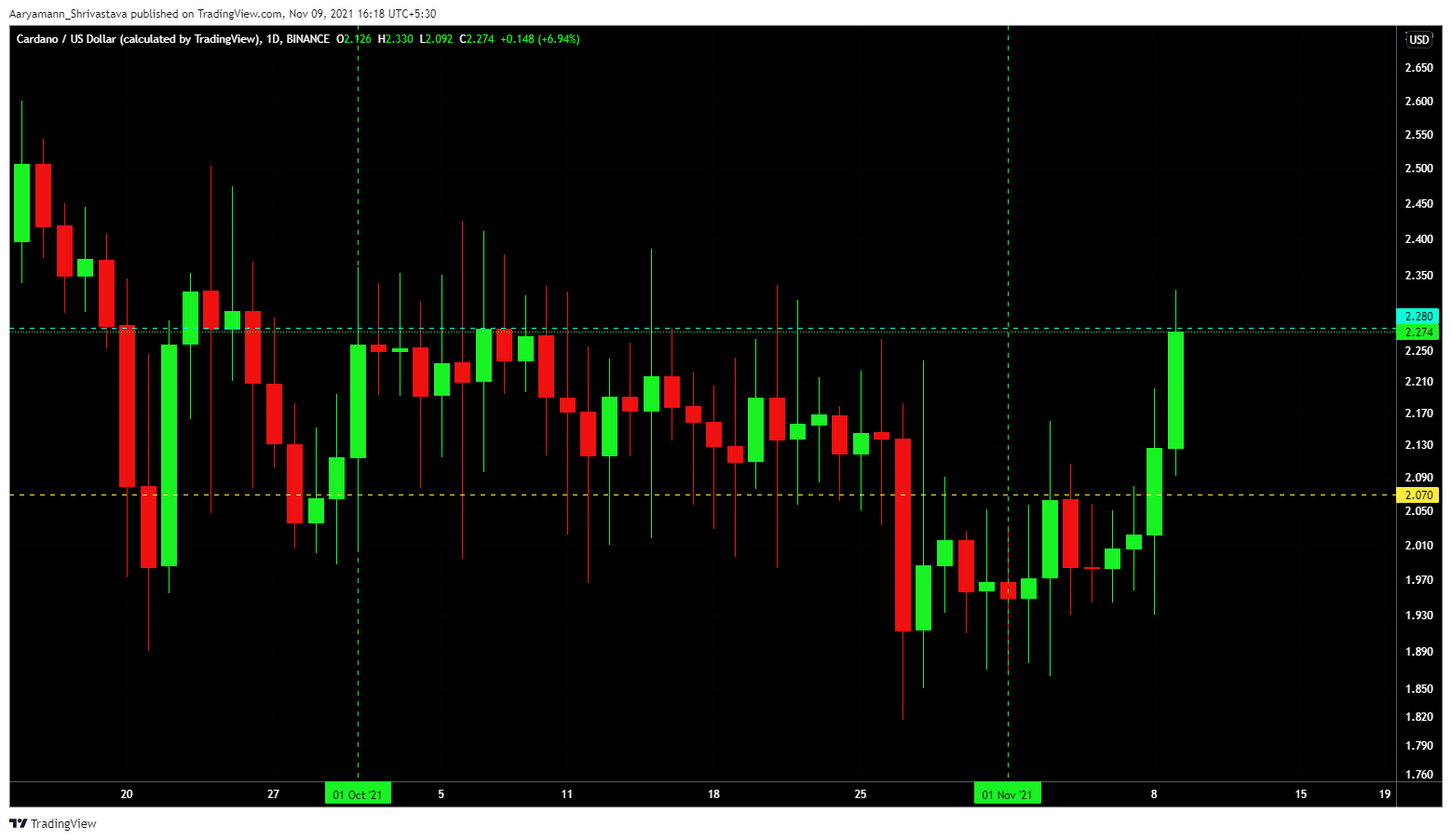 November in itself has been much better for ADA compared to October. But the bullishness observed in the last 24 hours in which ADA went up by 11.7% is what is actually going to help ADA achieve the breakthrough.

Cardano investors have already faced enough losses in the last 2 months as it is. In these 8 weeks, more than 45% of addresses on the network have lost their profitability. 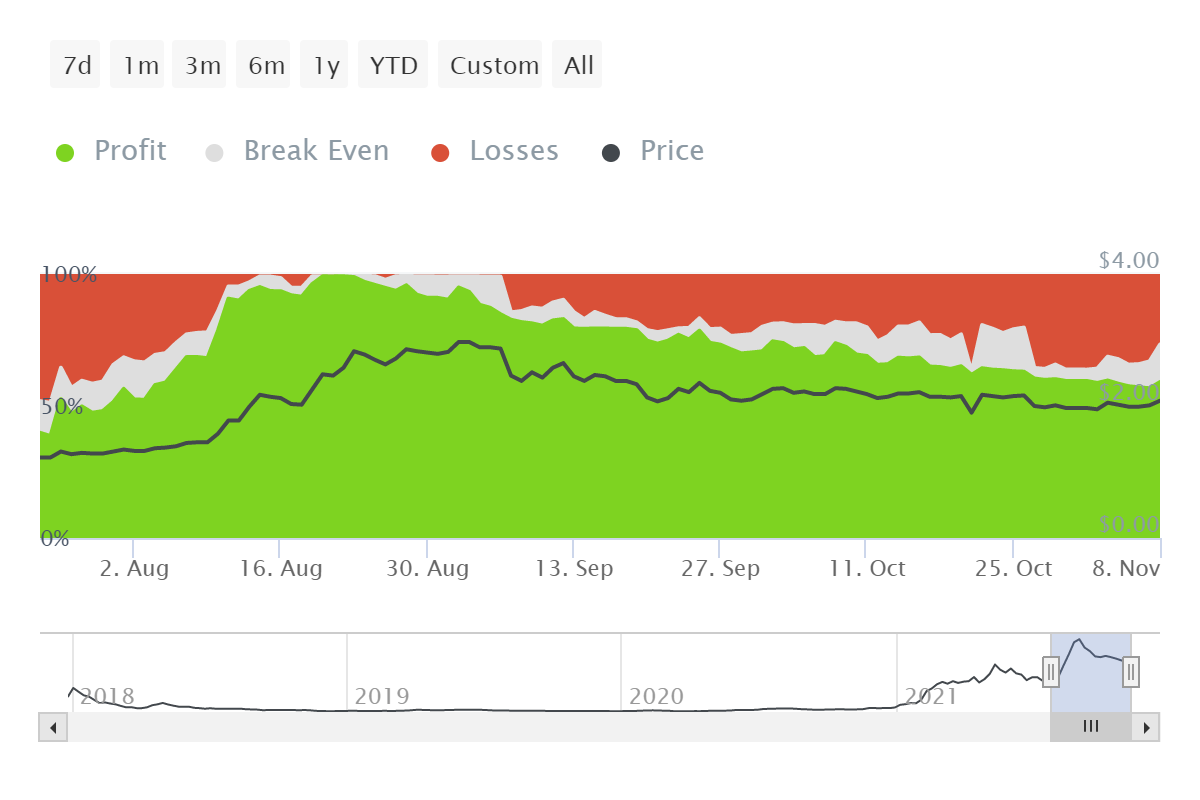 Concerned over these circumstances, investors started exiting the market. The number of addresses holding ADA which had been consistently rising over a long duration, displayed over 1 million investors leaving the market in the span of just a week.

Thus fearing losses, most investors HODLed their ADA, resulting in the rise of Cruisers (MTH) at the moment.

But they can finally see a window to gain back the losses and people are cashing out with over 150 million ADA sell orders active, while at the same time others are buying it back in hopes of a continued rally. 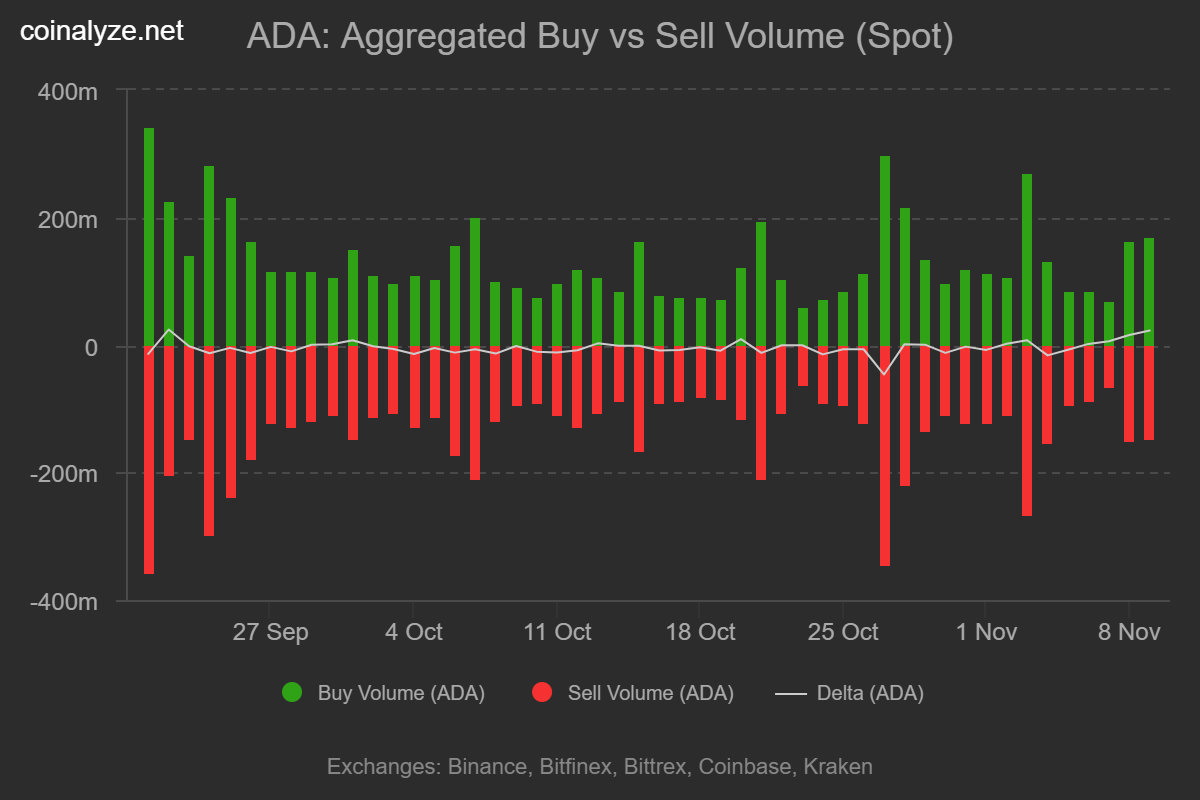 Positively, this will also affect the relation of Bitcoin with Cardano, and it is happening the right way. ADA’s correlation with BTC which dropped to its lowest, a week ago is now recovering once again. 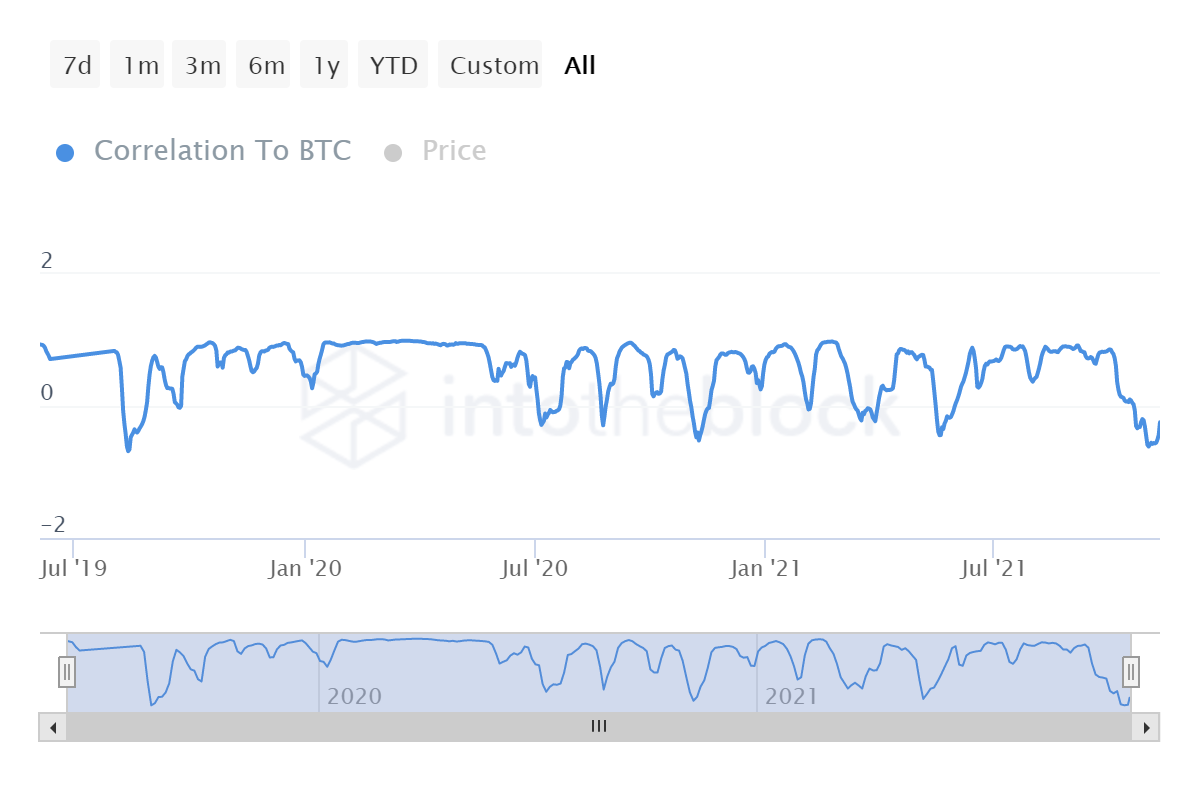 Therefore, note that $2.28 is the mark that can make or break Cardano’s rise. Cardano recently overtook Solana to reclaim the fourth place. So once ADA manages to close above $2.28, expect a strong positive movement ahead. However, if that doesn’t come about, Solana will flip Cardano back into the fifth spot.

India: both Income tax and GST may apply to crypto