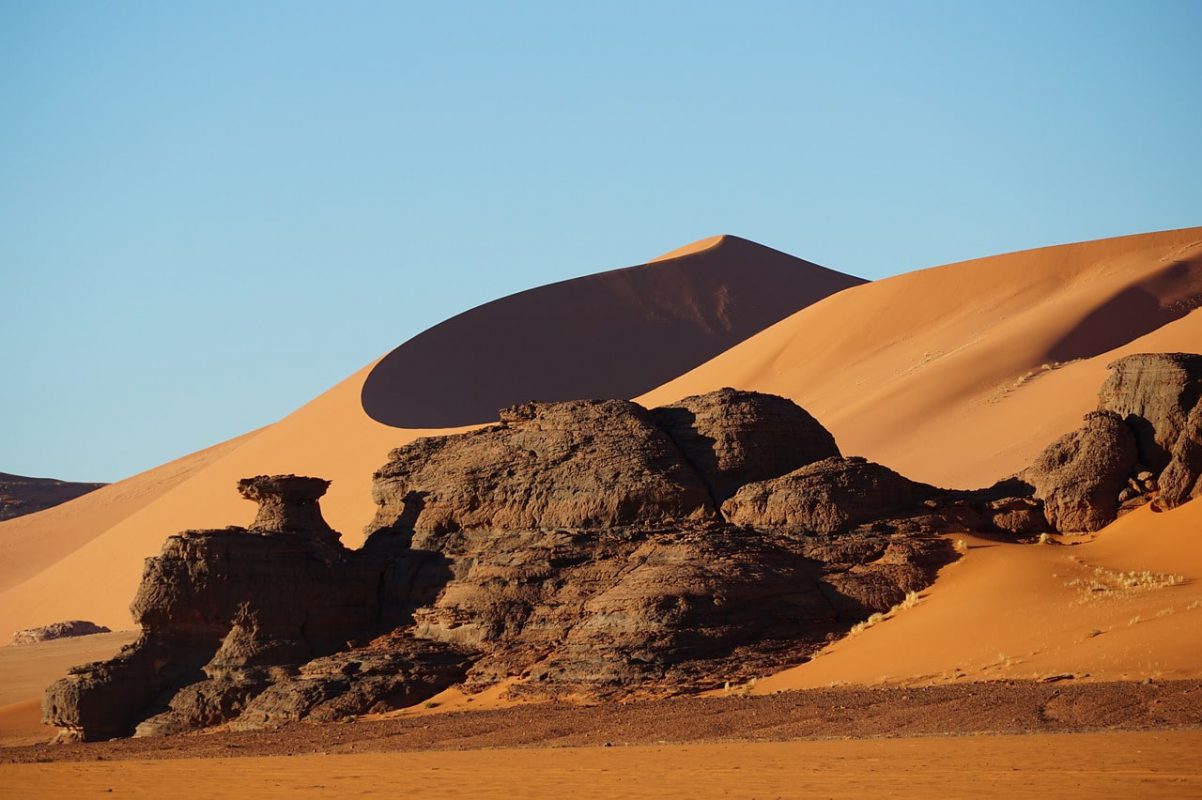 Cardano took its new position as the third-largest cryptocurrency by market cap after it touched a valuation of $1.39 on the charts with a market capitalization of $43.7 billion. SUSHI was trading at its range highs once more, with its previous move past $15.9 highlighting some areas to take-profit at. Finally, FTX Token saw some indecision around the $28-mark, with its trading volume declining as well. 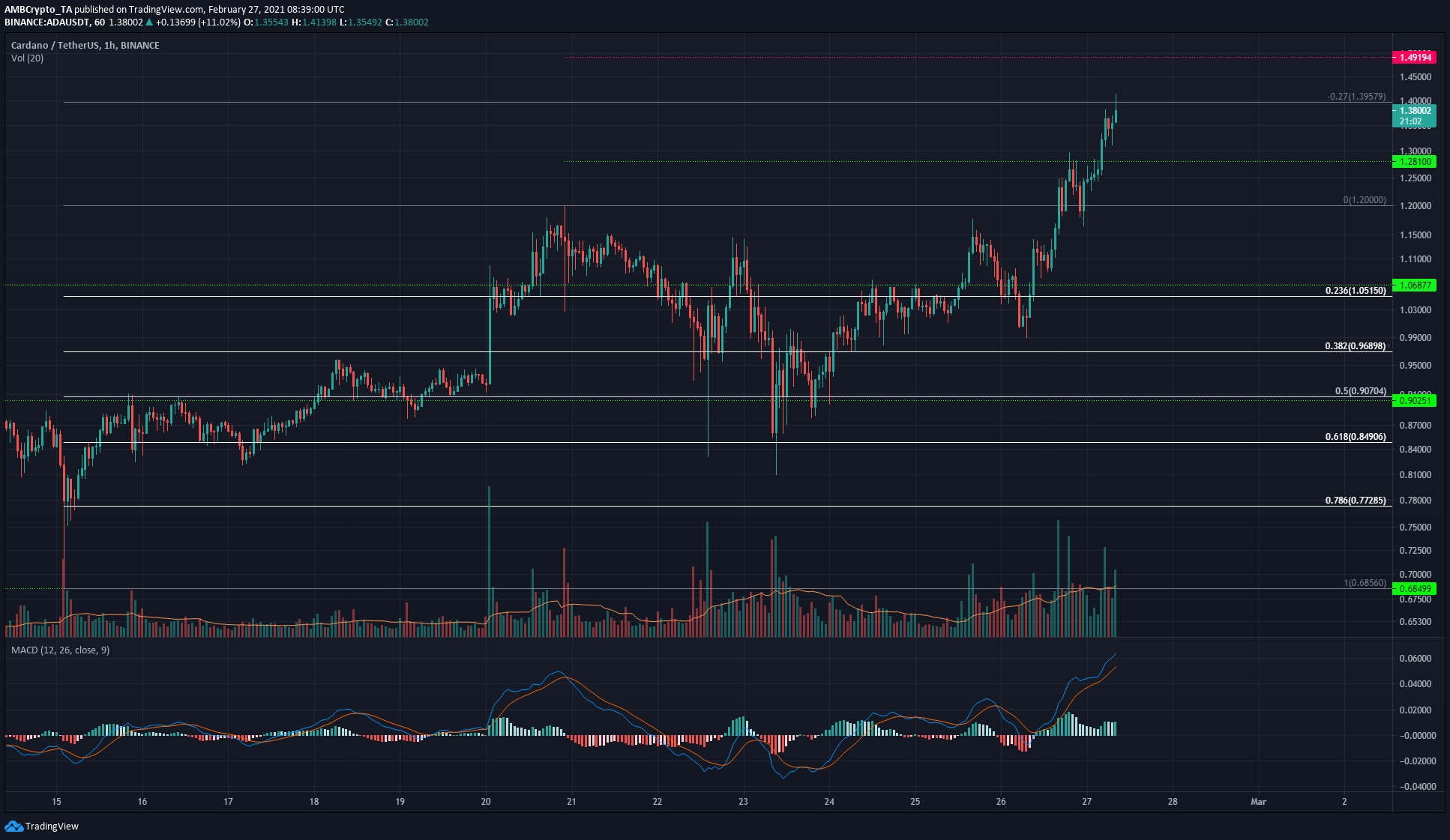 Some of the levels of support for ADA plotted can be expected to serve as support on a retracement. The MACD showed strong bullish momentum behind ADA, and although it was overbought in the short-term, a pullback had not yet been signaled. Hence, the $1.39 and $1.5 levels are ones to watch out for.

Finally, the trading volume had declined somewhat, when compared to the surge to $1.25, and this could be an early sign of a shift in market sentiment. 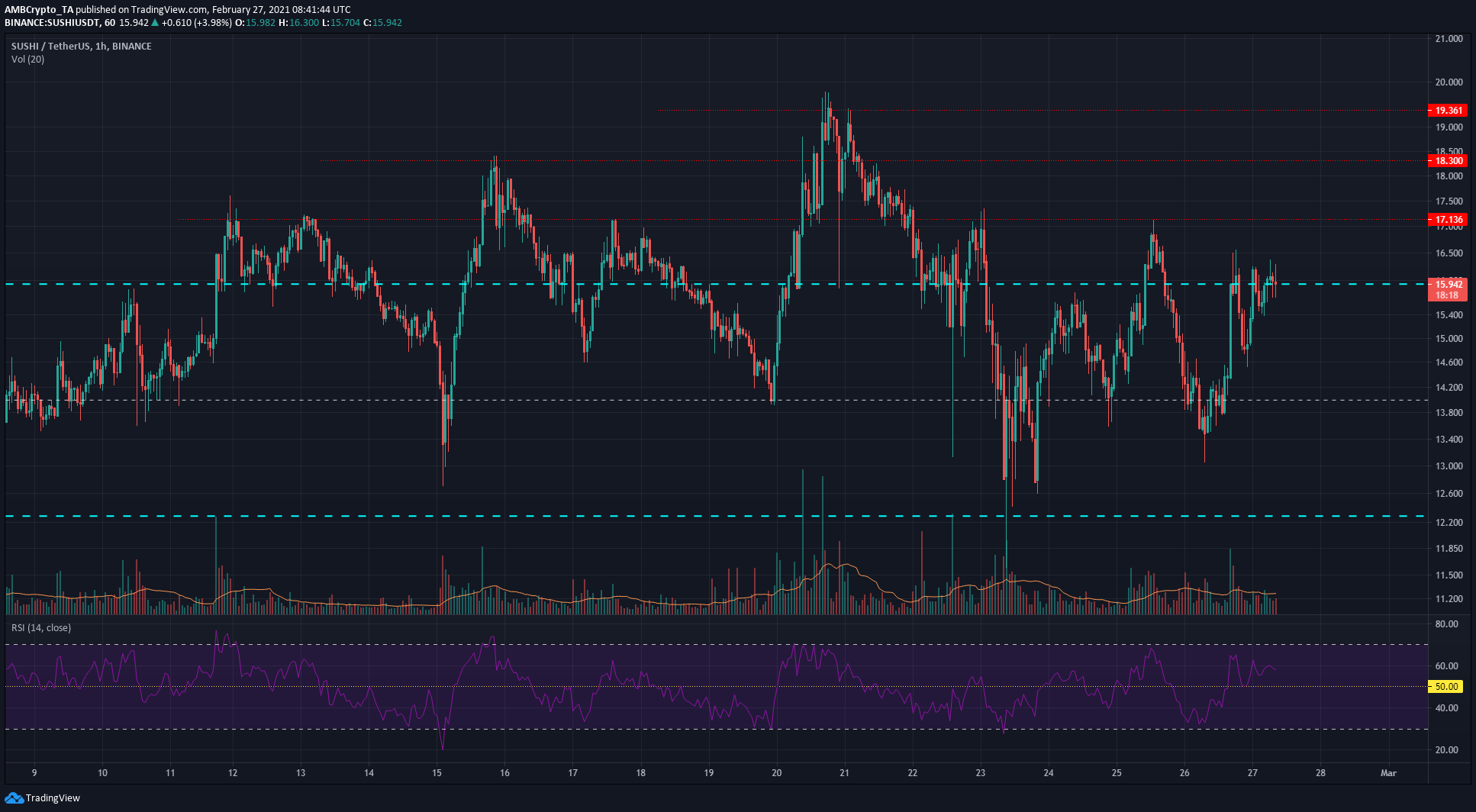 Since early February, the range from $12.3 to $15.9 has been one the price has respected and attempted to break out to the upside of. These breakouts have presented levels that might once more pose resistance to another move north for SUSHI.

In the short-term, testing the range highs once again would be a bullish development. If the $15.9-$16 level is flipped to support, it is likely that SUSHI will move higher to test $17.1 as resistance. The RSI showed bullish momentum behind SUSHI with a value of 58 on the hourly chart, with the same staying above 50 over the past couple of days. 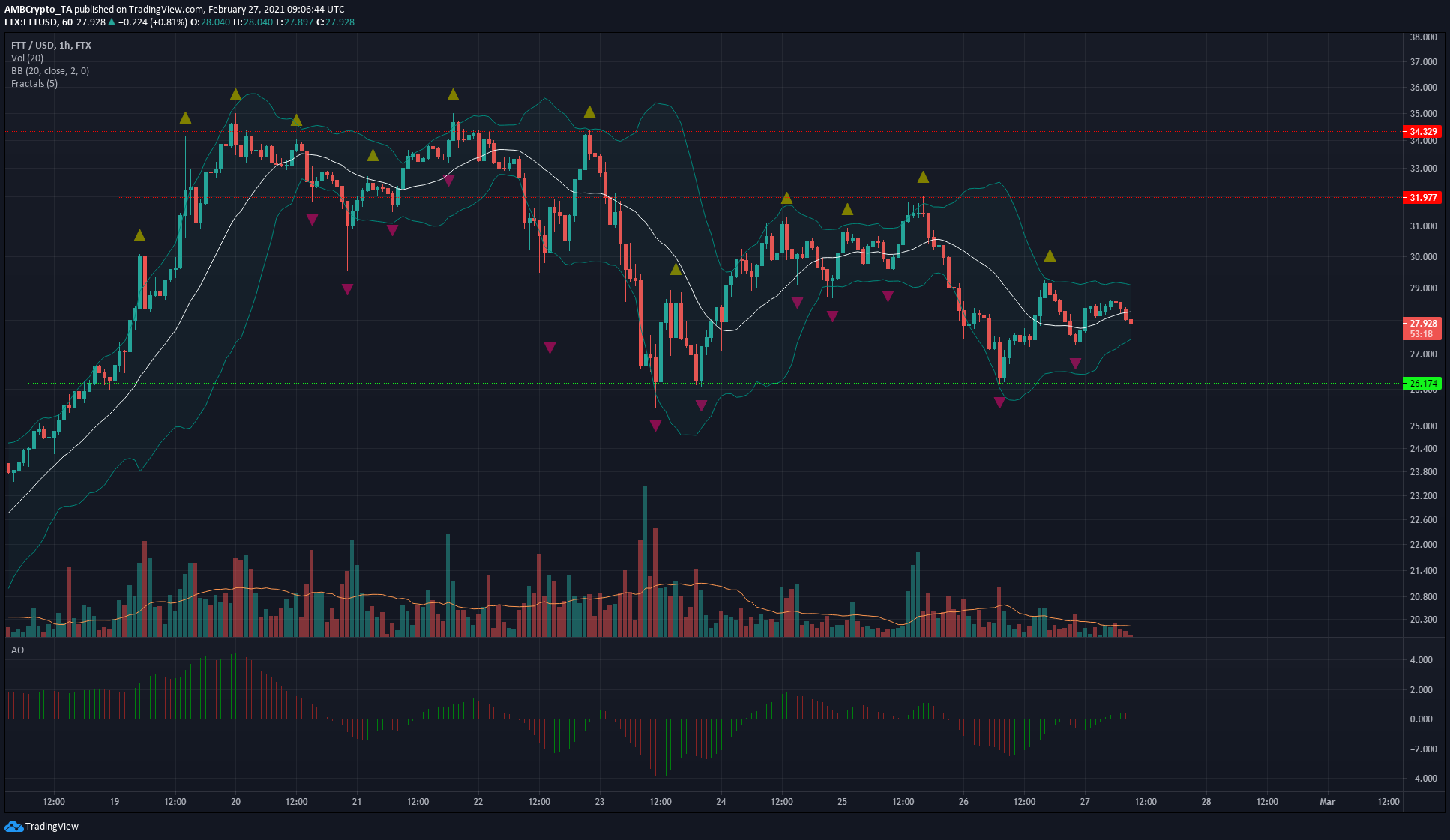 FTT registered declining trading volume, with the Awesome Oscillator also noting weak momentum behind FTT. FTT formed a triple top at $34 over the past week and fell to test $26, a level which stood firm against selling pressure on multiple tests as well.

At the time of writing, the $26-area would be a good place to set buy orders at, with a stop-loss set at $25.5 or slightly lower. This would represent a good risk-to-reward trade, although the momentum and trading volume of FTT needs to be assessed on another test of the $26-region.