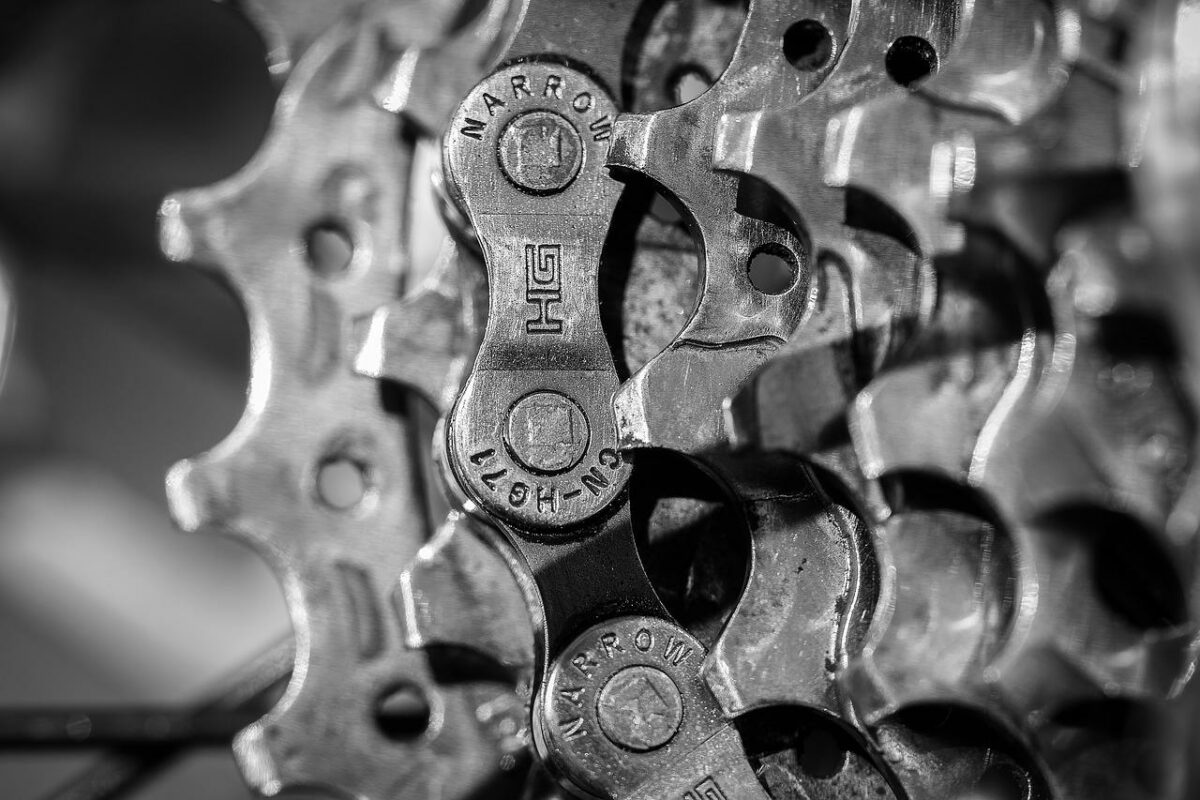 Chainlink, despite not being a traditional cryptocurrency, has a significant number of investors holding over $3 billion in market cap. All thanks to the use cases it presents to DeFi protocols across many chains.

Chainlink after the crash

In the last 24 hours, LINK recovered by almost 10% after falling by 34.64% to $5.2 at one point. Now trading at $6.9, it appears to be that one of Chainlink’s biggest products was the downfall of another protocol.

Chainlink’s price feeds are relied upon by hundreds of Dapps and protocols. In fact, Chainlink’s proficiency in this space is such that the total number of projects in its ecosystem exceeded the 1,000 mark in the last year alone.

However, recently when TerraUSD and LUNA crashed, Chainlink suspended the price updates. Currently trading at $0.15 and $0.04, the assets affected not just investors but also protocols and platforms in the DeFi space.

Thus, as both the assets lost all value and utility, Chainlink halted updating the price in the price feeds.

As a result, Venus Protocol lost over $11.2 million. According to the Venus team, due to an abrupt halt in LUNA price updation from Chainlink, whose price feeds Venus relied on, the last price of LUNA on the protocol was noted as $0.107 when in actuality, the price had already dropped to $0.01.

Consequently, hackers, upon discovering this exploit, managed to deposit 230 million LUNA and, in return, borrowed about $13.5 million. Following the attack, Venus announced the suspension of the protocol itself.

However, Chainlink holders seem unbothered by the events that have unfolded over the past couple of days. On the contrary, 13 May was the first day after almost a month that they were at the peak of their activeness.

As LINK rallied to trade at $7.1, over 5.8k investors, the highest appearance since January, conducted 8.26k transactions, the most since October 2021. Thus, managed to register transaction volume exceeding $313 million. 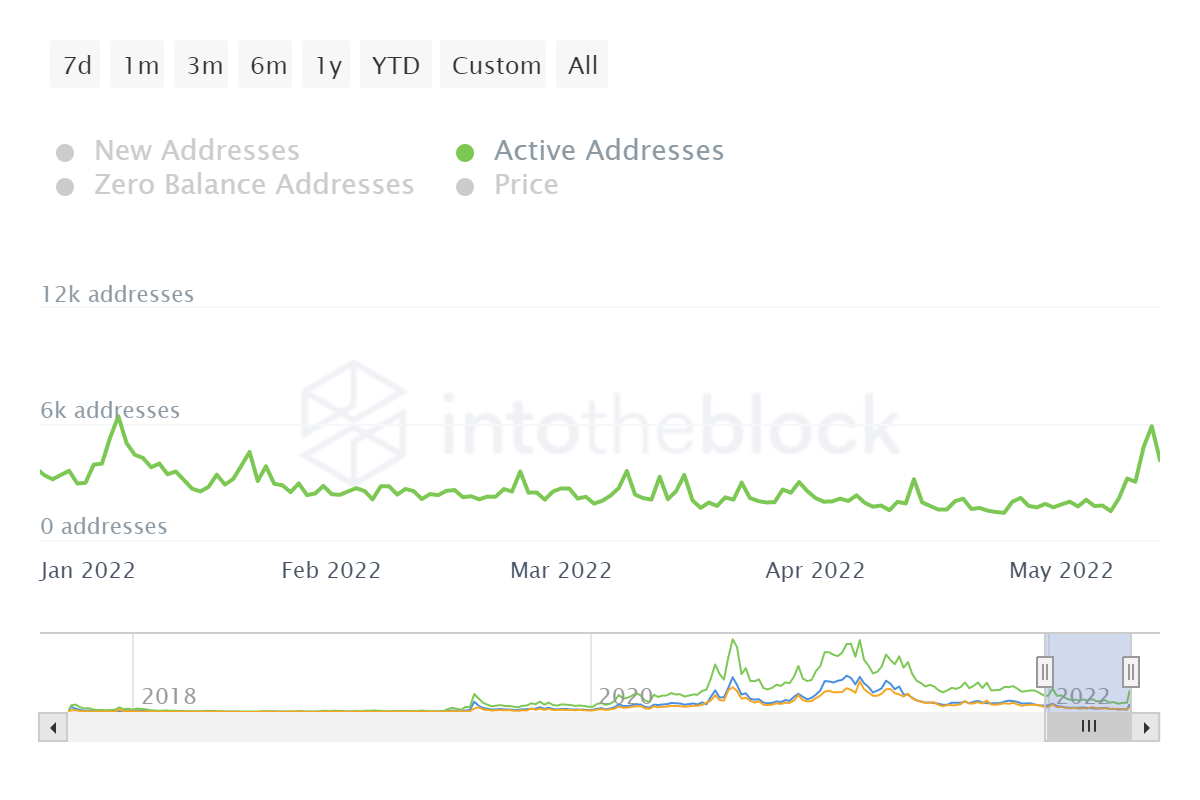 This could’ve been an attempt to book profits amid a falling market or an exit strategy to prevent further downfall since, currently, 81.29% of all LINK holders are in losses. 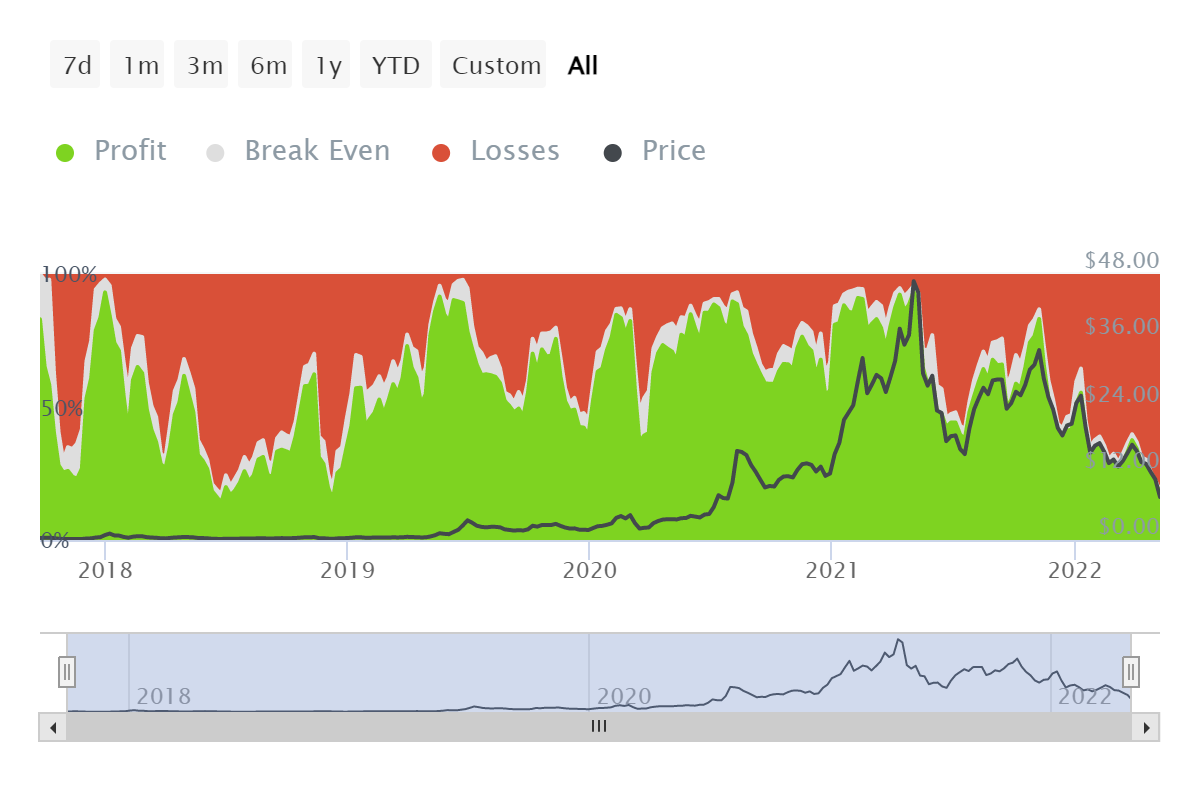