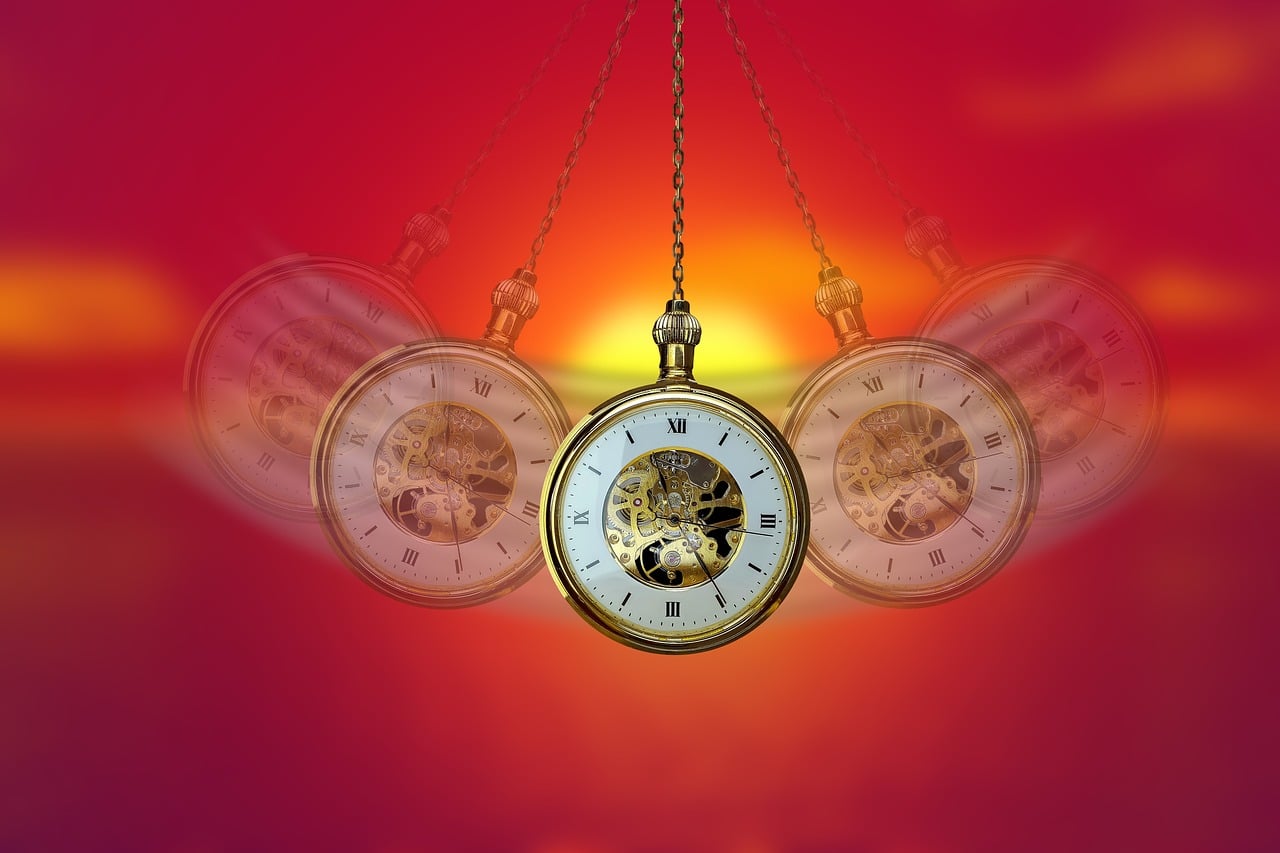 LINK was up almost 60% from its lowest point in July and roughly 27% in the last days on 10 August. However, at the time of writing, it was fast approaching an important resistance level that might disrupt LINK’s latest upside. 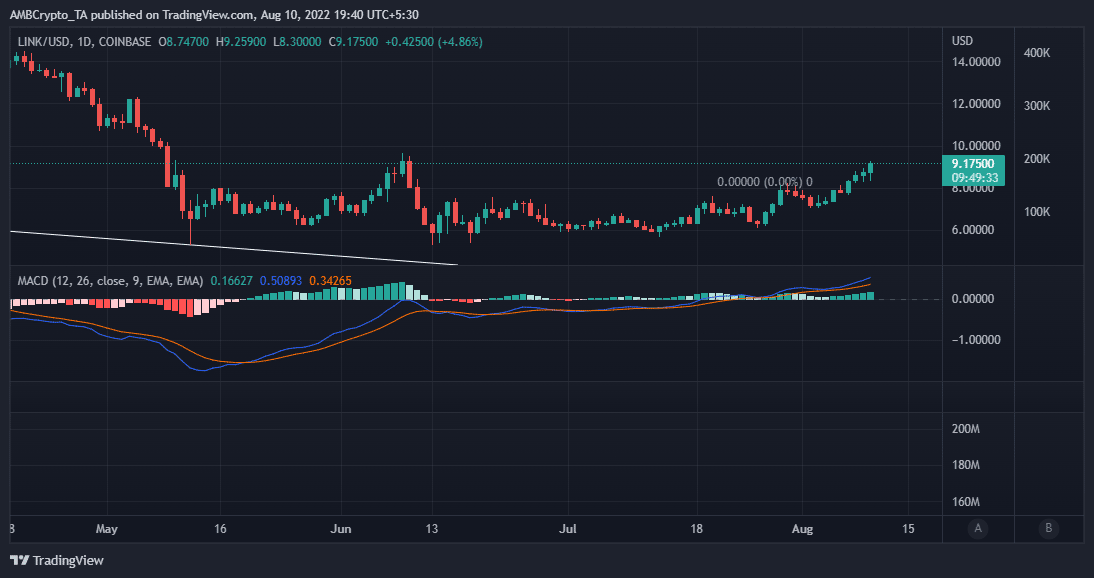 The MACD suggested that there is lower momentum at LINK’s current price level compared to its momentum on 9 June.

The latter is the previous time that the price encountered a sizable bearish retracement.

The current expectation is that the upcoming resistance line will trigger a retracement. However, that does not necessarily have to be the outcome if there will be enough demand to push up further.

The number of active addresses holding LINK increased substantially in the last four days to 2564 addresses by 9 August.

However, the increase tapered out between 8 and 9 August. In fact, the difference between the sending and receiving addresses highlighted something interesting. 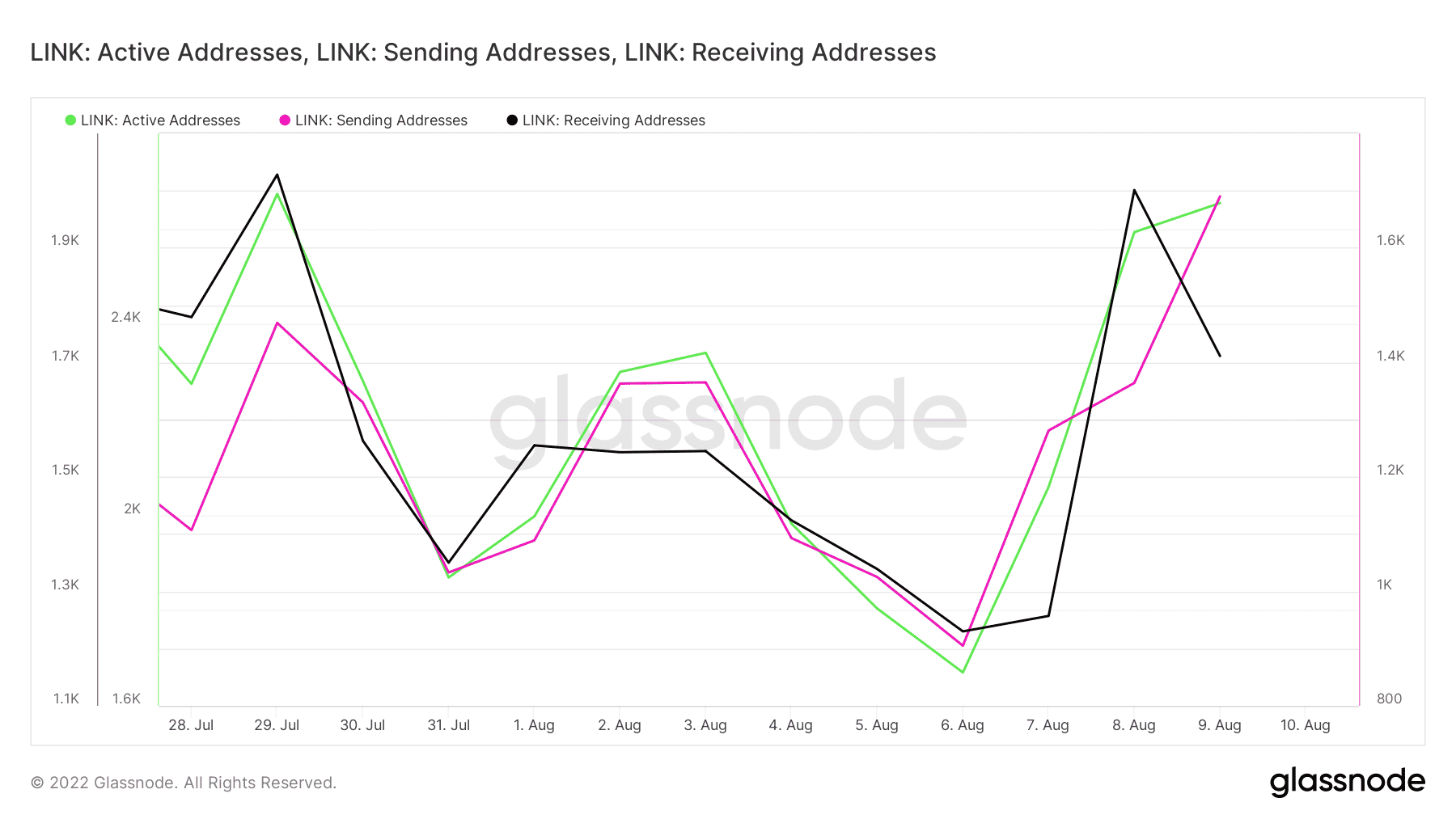 This was a sign that the selling pressure was increasing as the price approached the $9.40 resistance line.

Furthermore, LINK’s supply distribution by balance of addresses suggested that there is still not enough selling pressure at its press time price.

However, addresses holding between one million and 10 million coins offloaded some of their holdings in the last 24 hours.

Notably, roughly 55% of LINK’s supply was held by addresses holding over 10 million coin. And, this category of whales have slightly increased their holdings in the last four days.

The slight outflows in some of LINK’s top addresses by supply suggests that selling pressure is already building up.

It will likely increase at the resistance level. However, LINK is still relatively close to its 2022 lows despite its latest upside.

ATOM’s ascending price channel might be disrupted after this event

Ethereum Classic holders trading breakouts can look at these metrics