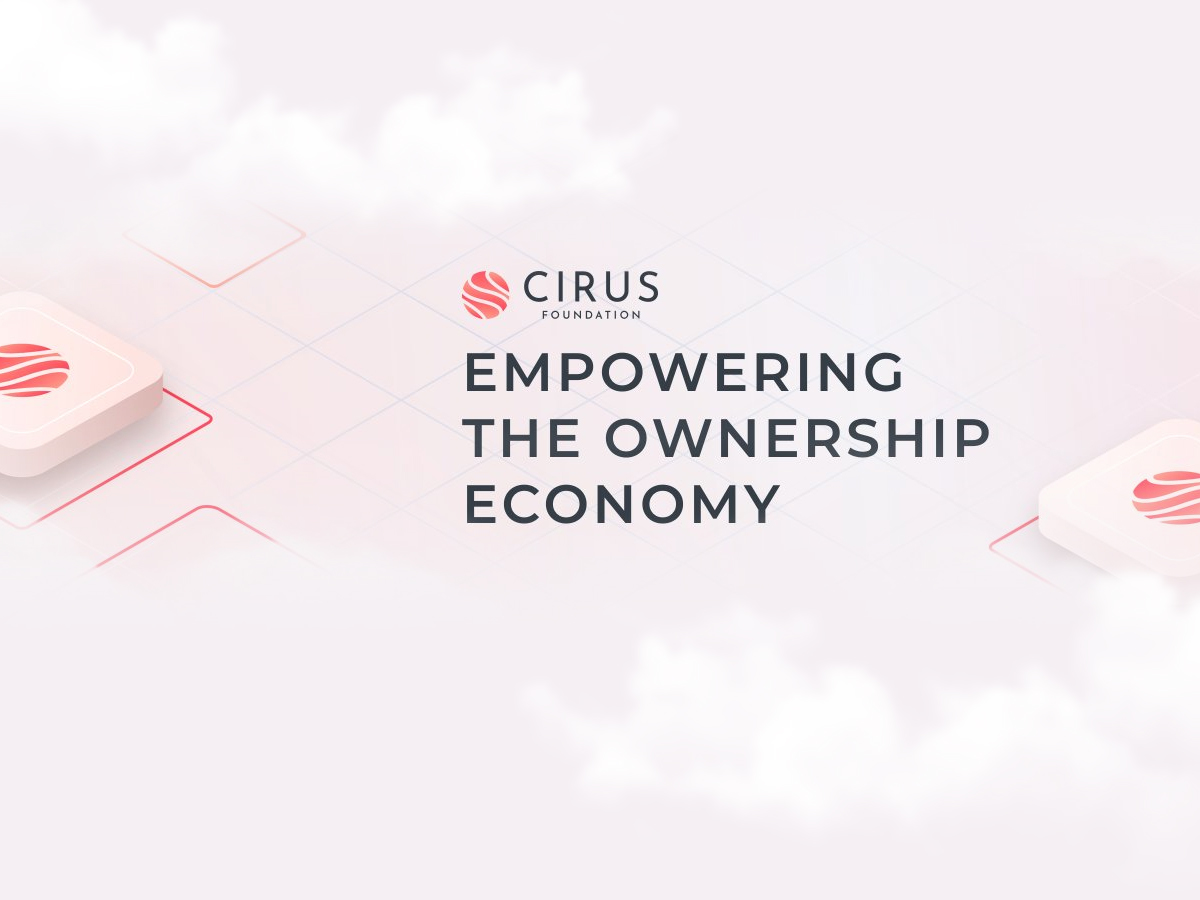 Last month, on Sept. 14th, the Cirus Foundation announced a partnership with a major internet service provider in India to deliver a new type of wi-fi router to millions of users in the country.

The router, known as the Cirus Device, is set to transform the way people interact with cryptocurrency and blockchain technology by allowing them to control and monetize the data generated by their internet activity.

With this initial deployment of routers on the horizon, the Foundation is eager to demonstrate just how simple cryptocurrency use can be and why the Cirus Device is opening the floodgates of crypto adoption.

The Life Cycle of Adoption

Every revolutionary technology to change lives for the better had to progress through the same stages of consumer acceptance, from a small circle of early pioneers to gradual public awareness to global adoption.

Now-commonplace appliances like the refrigerator, color TV, and home PC took a decade or more after their invention to penetrate a 50% household adoption rate, despite the instantly transformative benefits they possess.

Coming up on the 13th anniversary of its launch, Bitcoin has been no exception to this rule as the idea of cryptocurrency, in general, has been slow to connect with truly mainstream audiences. With the rise of DeFi and NFTs in 2020 – along with the price of Bitcoin nearly reaching $65,000 earlier this year – the idea of crypto has made significant headway into public view this decade. Yet it remains daunting or inaccessible to a considerable proportion of would-be participants worldwide.

An extensive survey conducted earlier this year by Crypto.com found that 51% of respondents believed a general lack of knowledge was the biggest barrier to cryptocurrency adoption, with 34% citing security concerns and 29% not knowing how to obtain it.

These results suggest that the complexities inherent to cryptocurrency use are stifling its mass appeal and that the industry has yet to produce a suitable bridge for the technology through which novice users can be easily onboarded.

Cirus As a Bridge to Crypto Adoption

While many people are familiar with a cryptocurrency wallet, they can be clunky, unreliable or require a steep learning curve to use. Possession of a trustworthy wallet is only one of the important steps to cryptocurrency ownership. The next step – mastering its complexities – is the one that the majority of people remain unwilling to take, and responsible for stopping many from experiencing the benefits of crypto.

But what if there was a way to simplify crypto ownership and usage to the point where it was completely intuitive, rendering the complicated processes under the hood invisible to the user?

As the primary complement to the Cirus Ecosystem, the Cirus Device is designed to do exactly that. It accomplishes this by enabling users to earn passively and interact seamlessly by acting as a one-step onramp that activates data revenue, connects a crypto wallet, and brings the user into the digital economy. The device, supplied and installed by the ISP, simply sits in the home and turns a typical internet user into a crypto user, with access to Web 3.0 services. The passive nature of the system means the user does not have to push through the current resistance points of cryptocurrency education which causes many potential users to get lost or give up along the way.

With their eco-system, Cirus is attempting to solve the crypto adoption problem using a multi-layered approach combining both hardware and platform-based solutions. The Cirus Platform offers data monetization for users without the device to get jump-started, which also connects to the device to maximize earnings. This means that users will not have to wait for their router to start earning from their data.

Using data as the entry point gives the user a way to earn cryptocurrency passively and without any prior knowledge of the subject. When users choose to spend or trade their earnings, the Cirus Platform and integrated wallet delivers a seamless experience unparalleled in ease, removing the anxiety associated with trying crypto for the first time. The structure of the product incentivizes participation and sidesteps many of the onboarding hurdles that still plague crypto today.

Another problem with adoption is the limited scalability of the original blockchain platforms (Bitcoin and Ethereum) which are already proving too expensive and slow for a truly wide-scale user base. Instead of relying on antiquated systems, Cirus is backed by the Polygon blockchain, a fast, stable, and highly scalable third-generation cryptocurrency platform already used for millions of transactions daily. As it solves the transaction cost problems suffered by Ethereum and speed problems suffered by Bitcoin, Polygon is the perfect blockchain for Cirus, ready to propel crypto past traditional limits on usership.

The Cirus Foundation believes the true arrival of crypto into the mainstream will be through the role it plays in the ownership economy; re-empowering the individual, and providing them with a new form of monetizable control. By making it accessible and easy to earn by all, the potential for cryptocurrency’s fully-fledged adoption now looms greater than ever before.

For more information about the Cirus Foundation and the Cirus Device, please visit the foundation website.

Solana’s last 72 hours and what to expect going forward