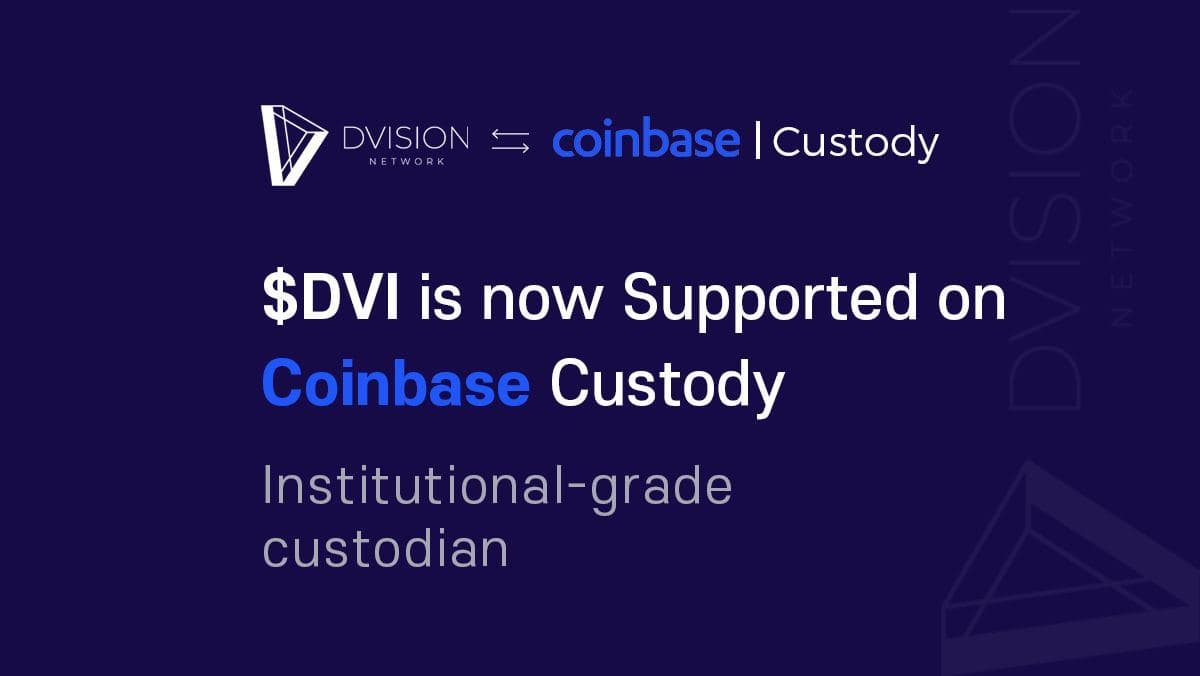 Dvision Network stated that the development had been in the works in recent months with the blockchain cooperating closely with the Coinbase Custody team during this period. This culminated in Coinbase Custody officially approving the DVI token and supporting it within their custodial service.

It should be noted that Coinbase Custody follows a strict process and carries out a thorough and complex audit review of the DVI token during the trial period. 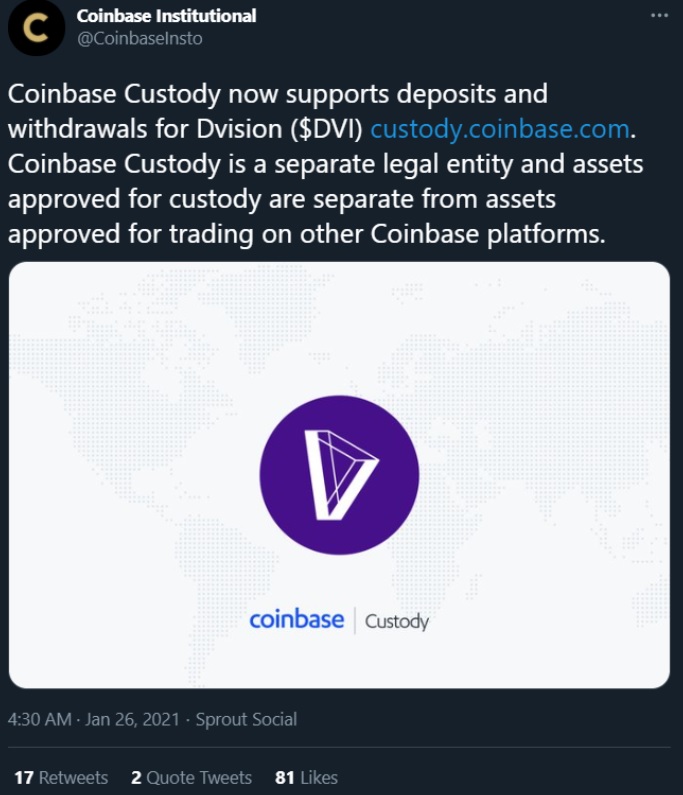 This development was confirmed on the 25th of January in a Tweet by Coinbase Custody which revealed that DVI token is now part of the tokens supported on its platform. This means that DVI holders can safely store their DVI tokens and other assets including BTC, ETH, USDC, BAT and Link in a safe-proof cold-storage system operated by Coinbase Custody.

It should be noted that Coinbase Custody is a digital-asset custodial service platform that holds customer assets for safekeeping and prevents them from being lost. It integrates similar storage architecture used by the Coinbase exchange and is regarded as one of the top custodial services in the crypto industry.

In addition, Coinbase Custody is recognized in the digital asset market as one of the few custodial services that only supports projects that comply with technical standards and related laws.This is one of the reasons why Dvision Network chose Coinbase Custody to carry out a custodian relationship with one of the most trusted and largest custody providers in the world.

The addition of DVI token to Coinbase Custody represents the extensive works that have been put into the project by the Dvision developers. With this integration, DVI token can join a list of top tokens supported on the custodial platform. It also exposes the token to a new market of users since Coinbase Custody is de facto one of the biggest in the world.

Coinbase Custody is an independent, NYDFS-regulated entity built on Coinbase’s crypto-first DNA, offering the most sophisticated and reliable custody solution in the world. For more information visit custody.coinbase.com.

Dvision Network is a new VR content ecosystem that utilizes blockchain technology. It aspires to provide the best user experience by utilizing the advantageous features of Blockchain and VR technologies, and by creating an unprecedented and inclusive virtual ecosystem for businesses and designers and general users.

Dvision Network is powered by an Ethereum-based utility token (DVI) that can be utilized within Dvision Network’s new VR content ecosystem. DVI tokens can be purchased on the cryptocurrency exchange and can also be obtained in a form of compensation within the Dvision Network for certain actions.