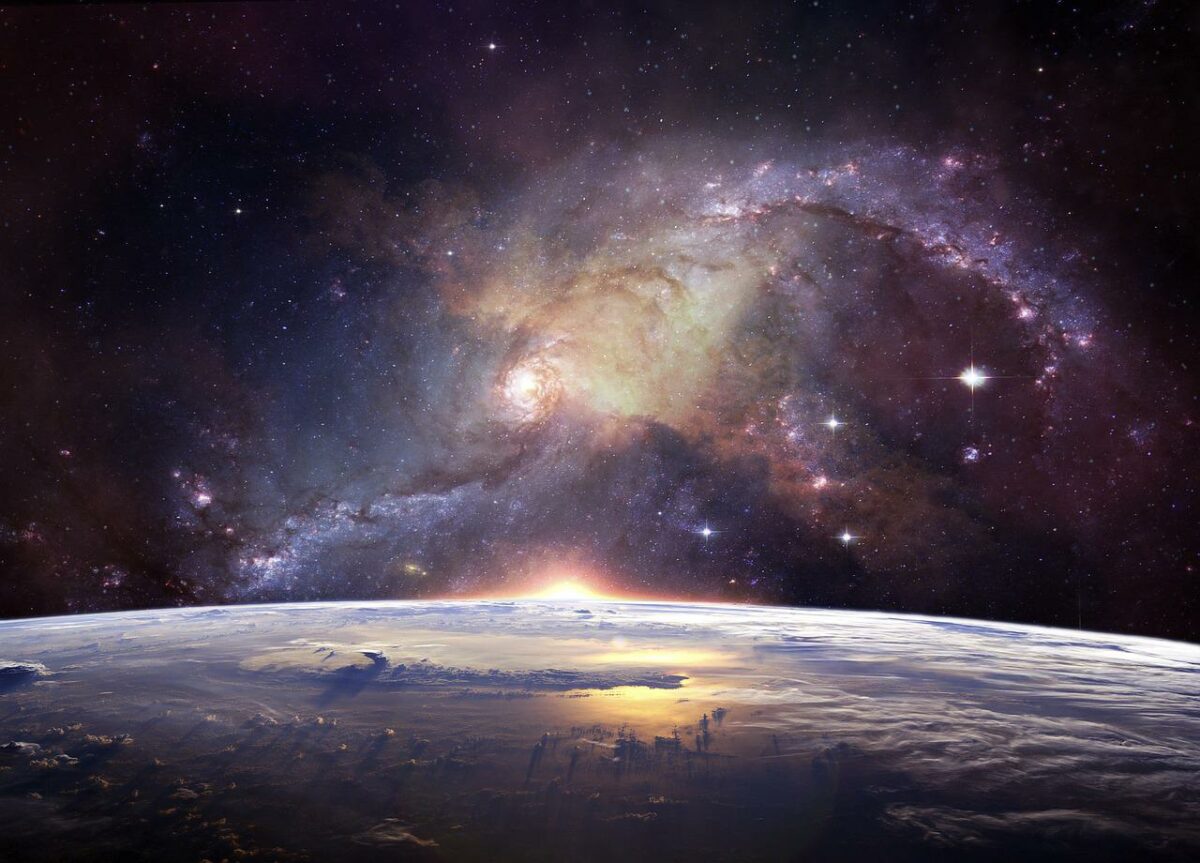 The trend across the altcoin market remained extremely bearish on the lower timeframes recently. Cosmos was not an exception, as its market structure remained bearish as the price formed a series of lower highs and lower lows. Bitcoin hovered in the area between $30k and $32k but has not yet capitulated despite the strong fear in the market. 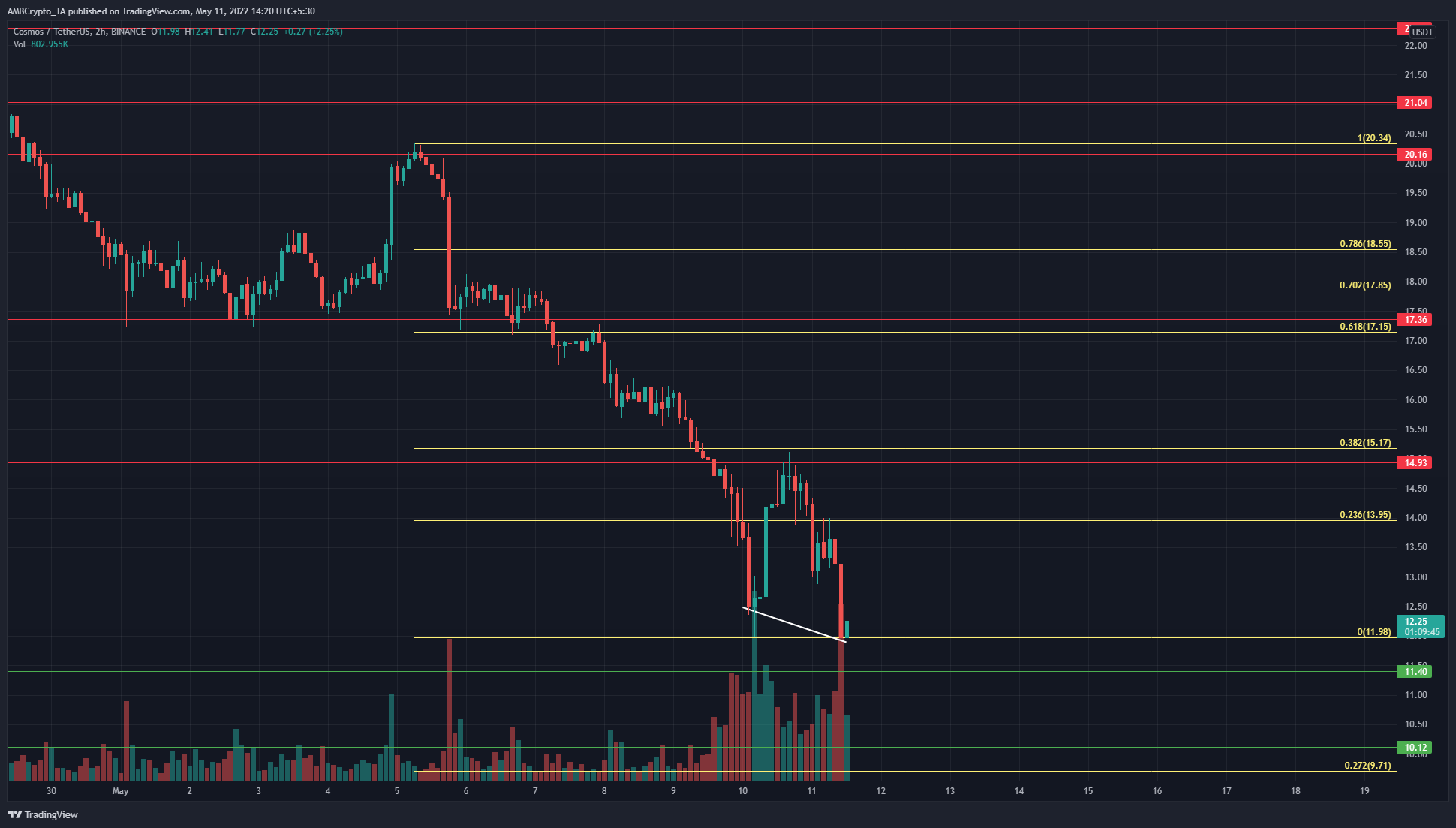 Is a capitulation event around the corner, or was Bitcoin’s brief foray beneath the $30k mark the previous day sufficient to form a market bottom? How will this affect ATOM? For starters, ATOM has moved similar to Bitcoin on the charts. This is not a remarkable observation, as the price action of many altcoins is quite closely correlated to Bitcoin’s.

At the time of writing, ATOM formed a bullish divergence with the momentum and OBV indicators. This suggested that ATOM could see a bounce in price in the hours to come.

The $12.5 is the first target of this contrarian move, as it marked the local bottom a couple of days ago. Slightly further north is the $13-$13.3 area, which saw some demand a few hours ago before ATOM came crashing down.

Therefore, these are the two areas where sellers are likely to be strong, and a short position could be opened. 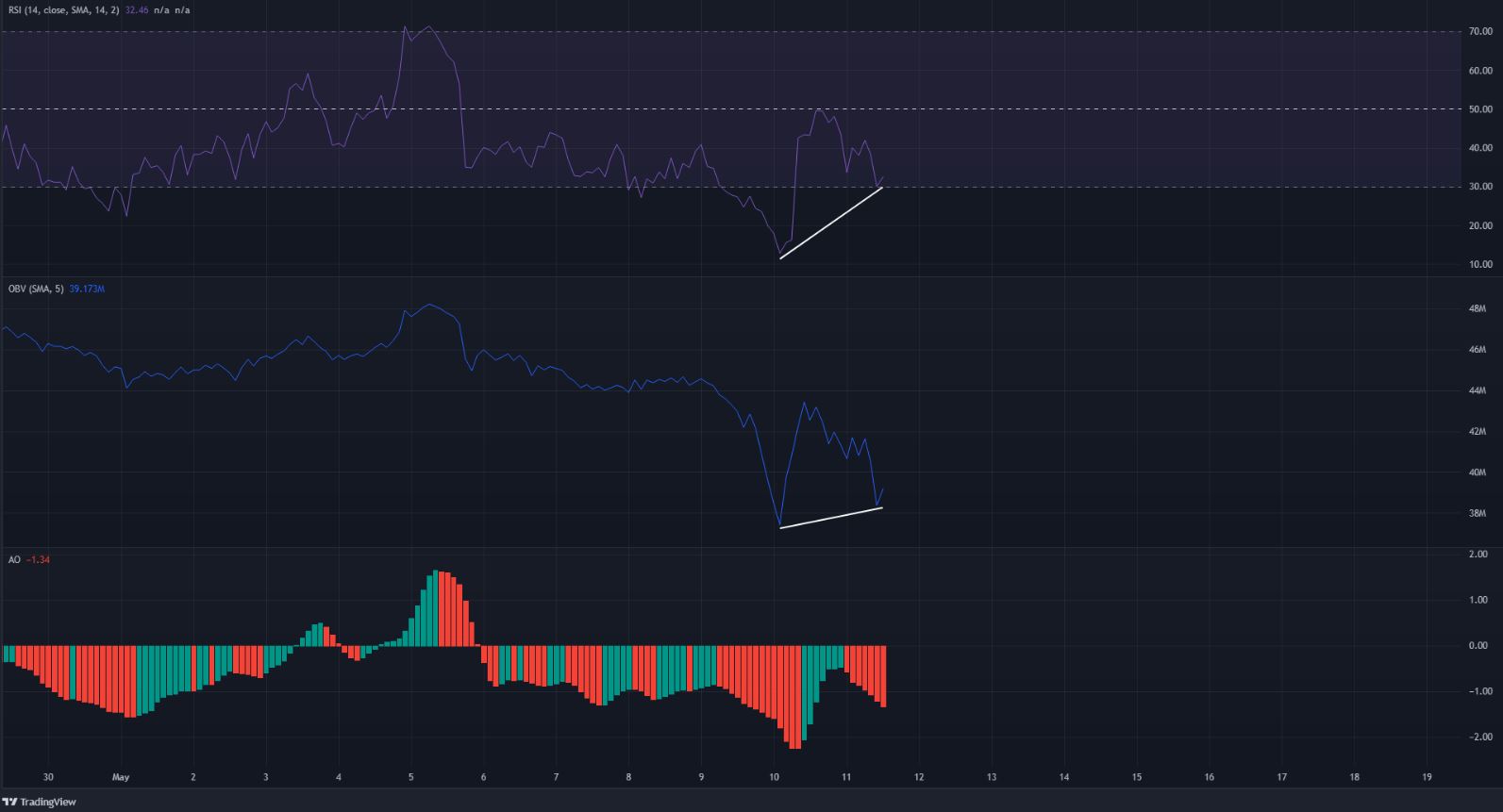 The RSI made a higher low (white) even as the price made a lower low, which is a strong bullish divergence. Even though the RSI has been below neutral 50 over the past week, denoting a bearish trend, this divergence hinted at a bounce. The same story with the OBV- while it has been on a downtrend in the past week, it also showed some genuine buy volume in the past two days.

The Awesome Oscillator was also beneath the zero line, but the peak it made below the zero line was lower, which indicated a weaker bearish momentum and a possible bounce in the next few hours.

A bounce to $12.5 or the $13-$13.2 area could be seen in the next few hours. However, beyond that, Cosmos might struggle to make gains. Hence, rather than looking to buy the asset, waiting for more favorable conditions or even shorting the asset around the $13 mark could be an option.

Ethereum’s TVL takes a massive hit, but here’s a sign of hope

LUNA, UST postmortem: Was it a coordinated attack or a ponzi