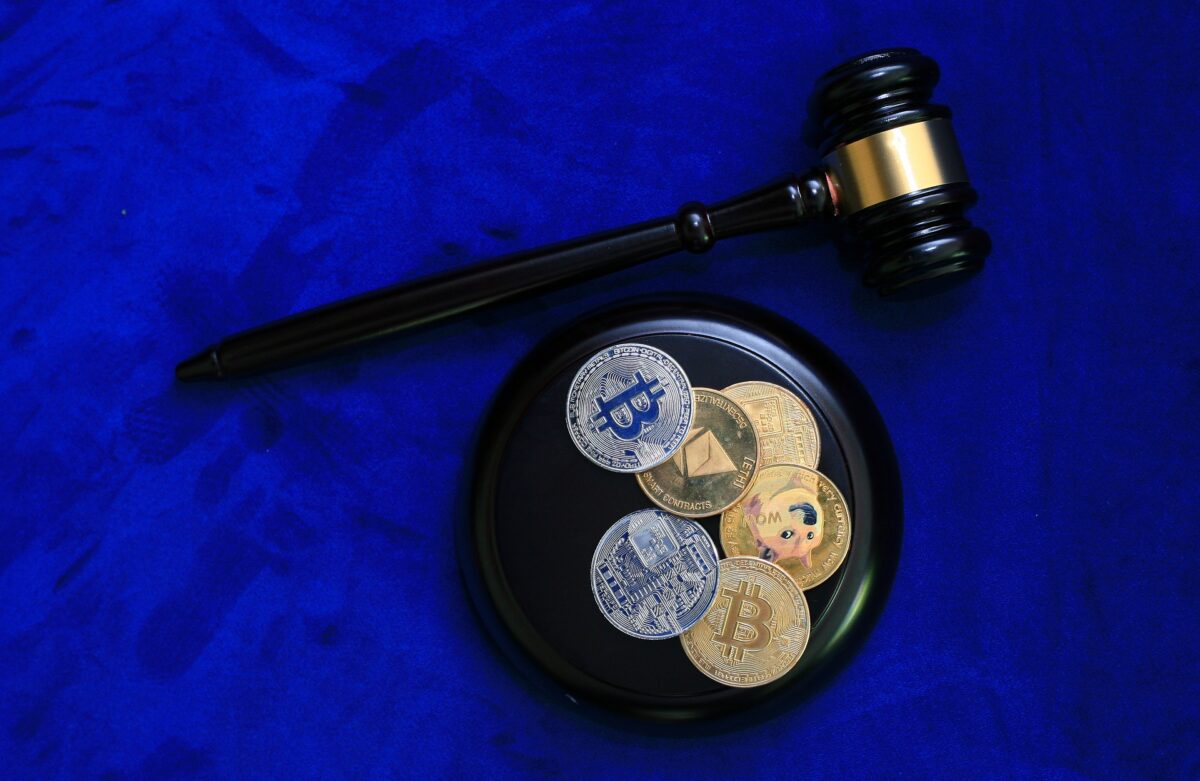 2021 was a wild ride for the cryptocurrency market as a whole. Valuations skyrocketed before falling, newer entrants threatened existing players and so on. People around the world have developed a higher risk taking capability in investments thanks to Fed printing money faster than newspapers over the year.

This has brought about a much wider appeal as a means to multiply your money within a very short period of time. Even governments across the world have been forced to look in this direction due to the immense traction it has been gathering.

Now, here’s my hypothesis. Government regulation in the way it is being envisioned now, might not be the way out. Let me tell you why.

Pseudonymous cryptographic extraordinaire Satoshi Nakamoto created Bitcoin – the first cryptocurrency with the objective to become an alternate form of money. This came about right on the heels of the 2008 financial crisis that nearly brought the United States’ economy to its knees. The technology behind cryptocurrency was invented with the idea of it being decentralized, and worked on a peer-to-peer method to facilitate payments over the network. I’m sure, all of us know this very well.

But, today’s cryptos are being treated more as an asset with the potential to maybe double your ‘fiat’ currency within a week. And, herein lies the problem. A single Bitcoin or an Ether today has value only because the buyer of such a digital token believes that one day, the token itself might be used as currency.

That’s the keyword there. Currency.

Interestingly, influential people from the space are wholeheartedly calling for government regulation these days. Take a look.

In fact, WazirX CEO Nischal Shetty himself tweeted that crypto as an asset/utility would be okay in India.

Crypto as an asset/utility would be ok in India. It would also be ok to trade these assets.

There are millions of Indians who own crypto assets.

Billions of dollars of people’s money and wealth is at stake here.

I’m sure the Government understands that.

Even Binance’s CZ voiced support for ‘good’ crypto regulation in a recent blog post of his.

However, one must also observe those calling for regulations are policy makers in the government and people in the crypto-exchange business. Regulations would directly benefit both of them in terms of revenues. Regulations would bring in more players into the trading space, increasing speculation in the market – thus directly benefiting crypto-exchange companies as they earn more revenues out of their businesses.

Along with that, governments can earn revenues out of the profits earned by retail traders and trading commissions earned by these exchanges. It would now, however, have any positive effect on the ‘currency’ aspect of cryptocurrencies.

Keeping all this in mind, let’s analyse why I think this could present a problem going forward.

A hundred dollar bill only has value because it is signed and assured by the Treasurer of the United States. You can purchase something that you feel is worth that amount of money, in exchange for that note. This is why it is called a currency.

Now, let’s imagine a currency is no more treated as a currency anywhere, and is converted into an asset with certain utility except for purchasing power. Will that asset/currency retain the value it retained earlier? My conclusion is no. It will have certain value thanks to its secondary utilities, but that will be a fraction of what it is now.

Don’t get me wrong, the idea still has weight. Blockchain technology will exist. In fact, it is already being used by some of the largest companies in the world. A network that is tamper-proof, safe from outages and easily scalable is something every large company needs to manage their internal functioning more efficiently than ever before.

Geopolitics in the fray

Another fact of the matter is for a cryptocurrency to work as it is supposed to, it must be widely accepted as currency. Take for example, the U.S dollar. It is the most widely accepted fiat currency and thanks to its position in the global economic stage – every country in the world tries to create a reserve of dollars. Why is that?

That is because despite it being a currency that is native to the United States, it is so valuable due to its mass appeal – countries need dollars for all export and import purposes. Say if India need to buy crude oil from Iraq, it pays in dollars, not rupees. Iraq needs the dollars to import other important things that it cannot produce by itself.

However, with the inhibitions around cryptocurrency transactions being irrevocable and immutable – no sovereign would agree to give up that power to control the state’s finances. El Salvador is an example which has but, on a global economic stage – its acceptance of Bitcoin is not that significant.

In case regulations do come in, in whatever shape or form, it can be agreed that no country in the current state of geopolitical tension will bow down to a common system of currency across the world. Countries can’t even agree on stopping conflicts and proxy wars, let alone currencies. Will the United States ever let go of the single thing that it has properly leveraged to hold on to its title as a superpower since World War 2?

Asset or currency – that is the question

So, any kind of regulation would essentially reduce cryptocurrencies to mere assets, a temporary store of value. As long as regulatory FUD continues, speculation will continue and prices may even rise. This is much akin to the greater fool theory from the traditional stock market – As long as there is a greater fool to buy something from you at a price more than what you paid for it, you stand to make a profit.

This is also because a large part of the retail market is comprised of speculative trading only. People are in it to make a quick buck. And, governments will rush in to regulate since this will become another source of revenue for them. Based on this I have come to the conclusion that as cryptocurrencies become regulated, it would lose its value as a currency.

What about CBDCs then?

Some may call central bank digital currencies the solution but it’s just a fancy word for fiat currency managed over a blockchain network. Yes, CBDCs would essentially put an end to money laundering and tax evasion – but it wouldn’t be a cryptocurrency in the true sense of the word.

Therefore, I believe that there exists a chance of major wealth erosion, if regulations begin to get implemented in relatively larger more impactful economies.

However, it must be agreed that illicit activities are happening through cryptocurrencies. And, thanks to a largely anonymous nature of the blockchain network – it is extremely difficult to track down such activities. There are analytical companies like Crystal Blockchain who use analytics tools and methods to track and monitor illicit transactions over the blockchain.

But despite that, the threat still looms. A typical cryptocurrency, in and of itself, cannot be used to launder but as long as fiat and cryptos exist alongside each other, it is still a possibility.

This situation is very much like a double edged sword and it is yet to be seen which way the sword falls.