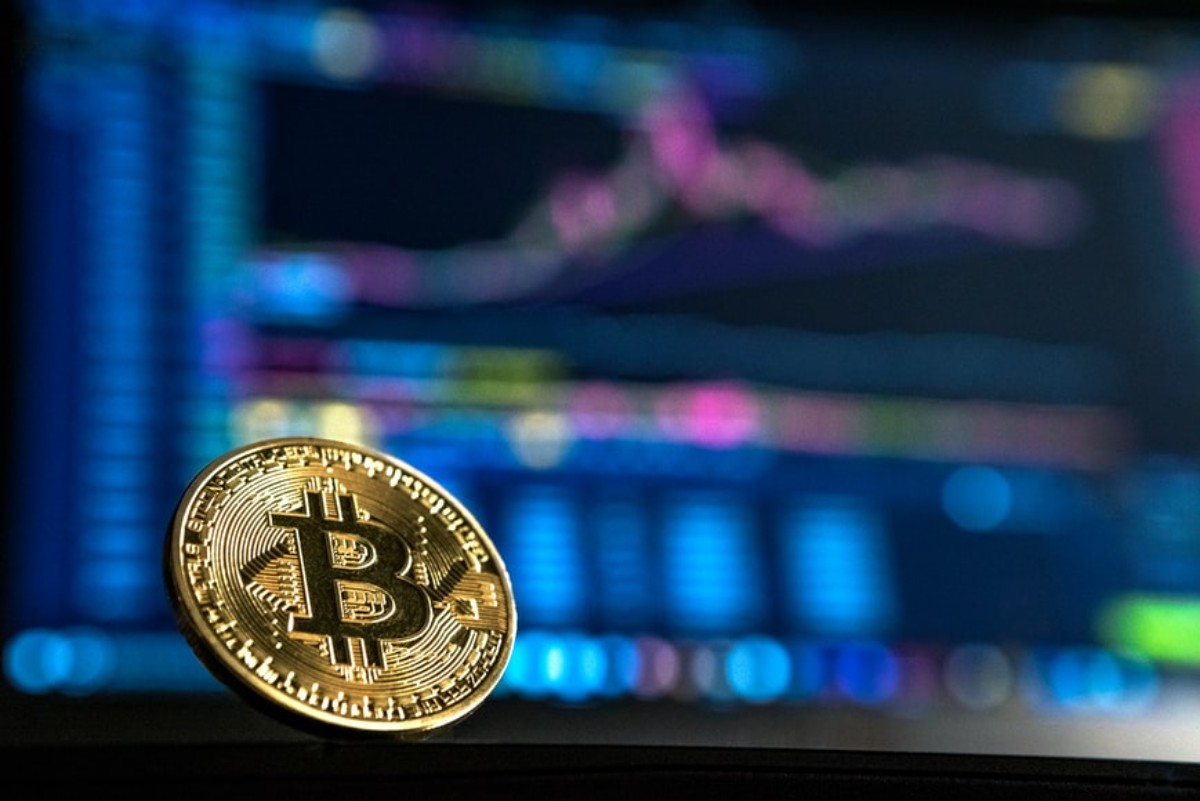 The world’s largest cryptocurrency by market capitalization was up by about 2% over the past 24 hours, as the total crypto market cap reached an all-time high near $2.5 trillion. The previous attempt at an all-time high was in May, which preceded a sell-off. Nevertheless, whale activity fluctuated with the digital asset’s volatility.

A major trading volume spike appeared on the BTC/USDT trading pair on OKEx. The same was highlighted in a tweet thread. As stated in a tweet by journalist, Wu Blockchain,

“Between 10 and 11 o’clock in the morning today, the trading volume of the BTC/USDT trading pair on OKEX released a huge volume of more than 10,000 BTC.”

The graph below sheds light on this price action. 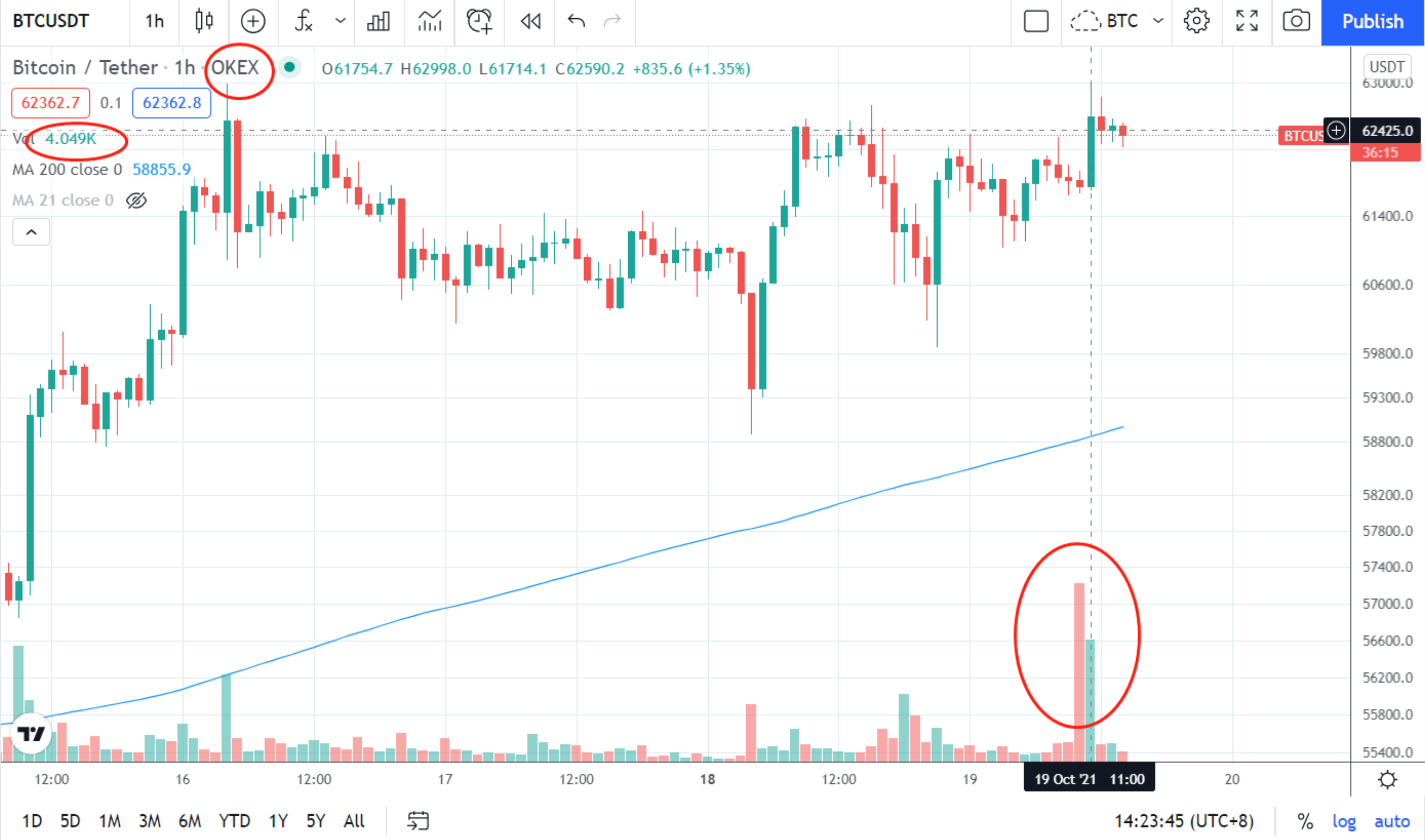 But here’s the interesting part, the effect from the sell order didn’t appear on the chart, something that the users tweeted on the same thread. Especially with such large orders. “It was most likely ‘eaten’ by the buying power on the market,” Wu Blockchain asserted.

Exactly. It means that China have dumped hard, but the market is so bullish it got eaten up straight away!

Consider this, the prime token is trading above the $61k mark at press time. Ergo, this order itself would amount to around $610 million at press time.

That said, another view was also noted in a tweet by abovementioned journalist, “…there was a pending sell order of about 14,000 BTC in the BTC/USDT trading pair on OKEX.” Some even claimed China‘s role behind this dump. 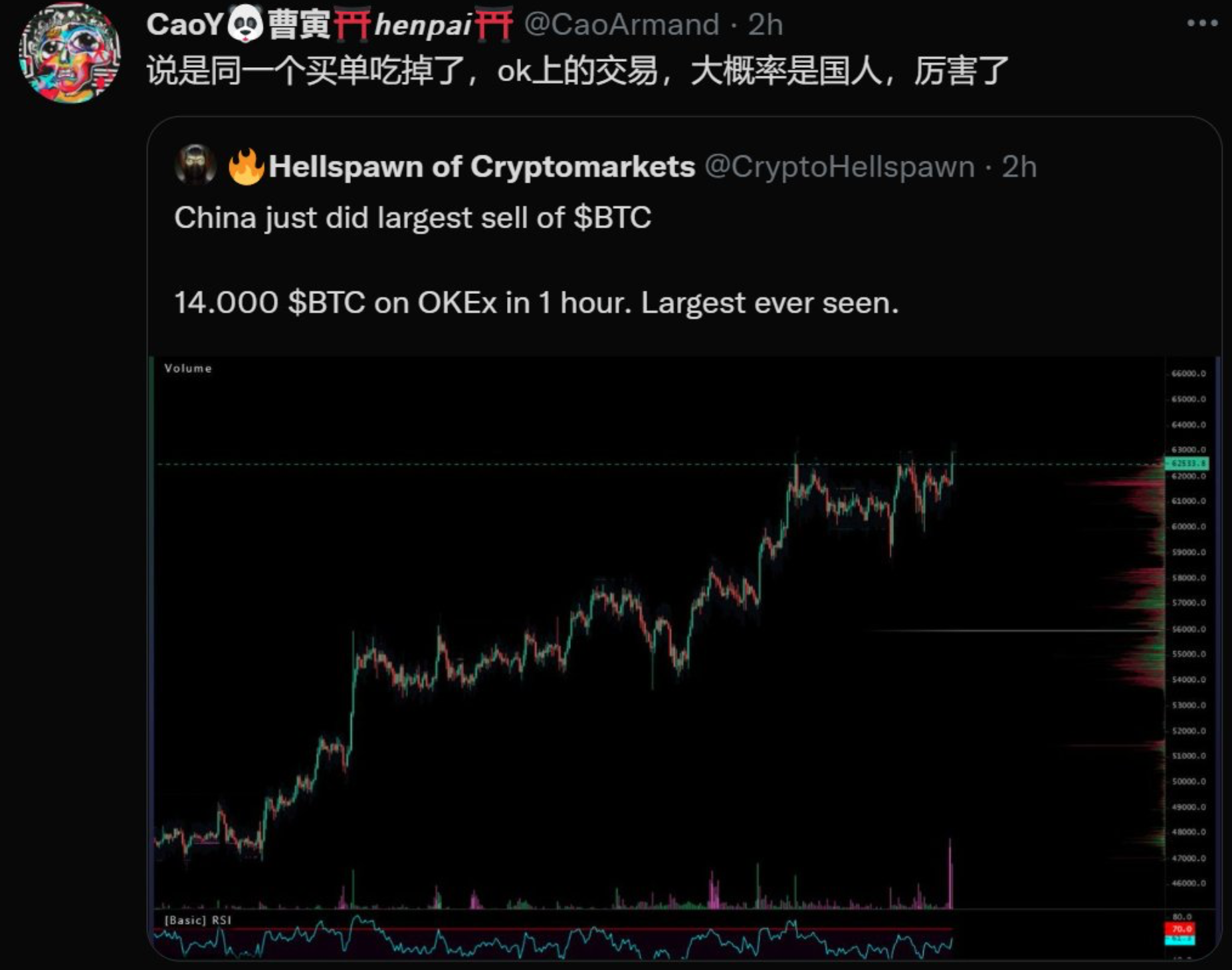 The USD value of such an order would be more than $850 million. Needless to say, some even disagreed with the aforementioned analysis. For instance, one of the responses to the tweet noted,

Well, will this action directly or indirectly affect Bitcoin, remains to be seen. But for now, BTC continues to sail in the green zone.

Why it is imperative for Cardano to gather strength right now

IMF: How regulators can ensure co-existence of private stablecoins, CBDCs