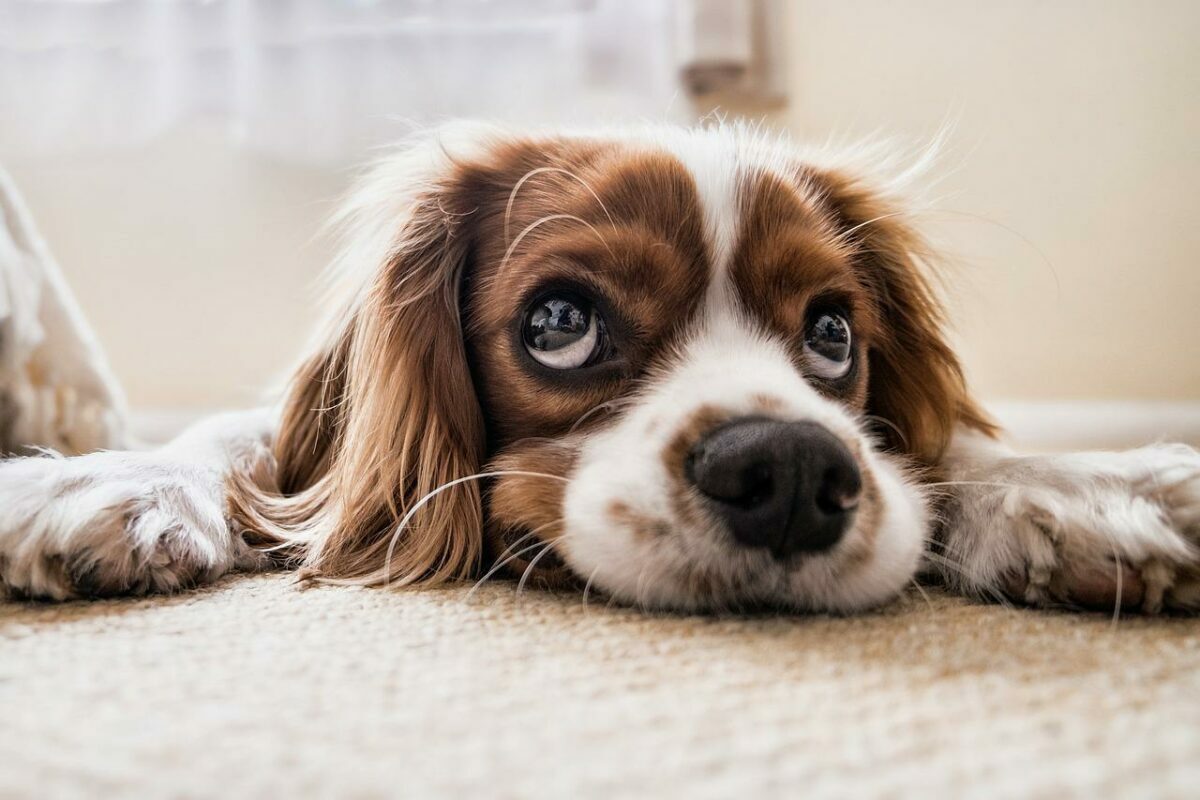 Dogecoin is maintaining its position among the top 10 cryptocurrencies by somehow managing to stay relevant.

However, from an investor’s point of view, DOGE is gradually failing to be worthy of short-term investments.

Dogecoin to fall back again?

Despite recovering by 25.17% in the span of a month, DOGE is nowhere close to giving solace to DOGE holders.

The downtrend that started in May 2021 has continued its dominance in the DOGE market. There have been multiple attempts by the crypto to invalidate it but to no avail.

In the last week’s rally, the momentum started shifting toward bulls. Investors thought that DOGE will break out of its long-term resistance. But, alas, DOGE couldn’t continue its strong bullish momentum for long.

At press time, the meme coin was down by 4% in the last three days. DOGE, at the time of writing, returned below the trend line.

On the micro-frame, the situation appears to be much better. However, on the macro lens, DOGE continues to disappoint its investors.

They made significant progress recently by moving their supply around. In the process, investors consumed more than 7.4 trillion days. This, after having consumed another six trillion days before.

On the other hand, the transaction volume exceeded $4.1 billion. It is the highest recorded single-day volume since March 2022.

The spike in volume can’t be linked to the selling pressure since the transaction volume doesn’t particularly hint at any buying or selling momentum. 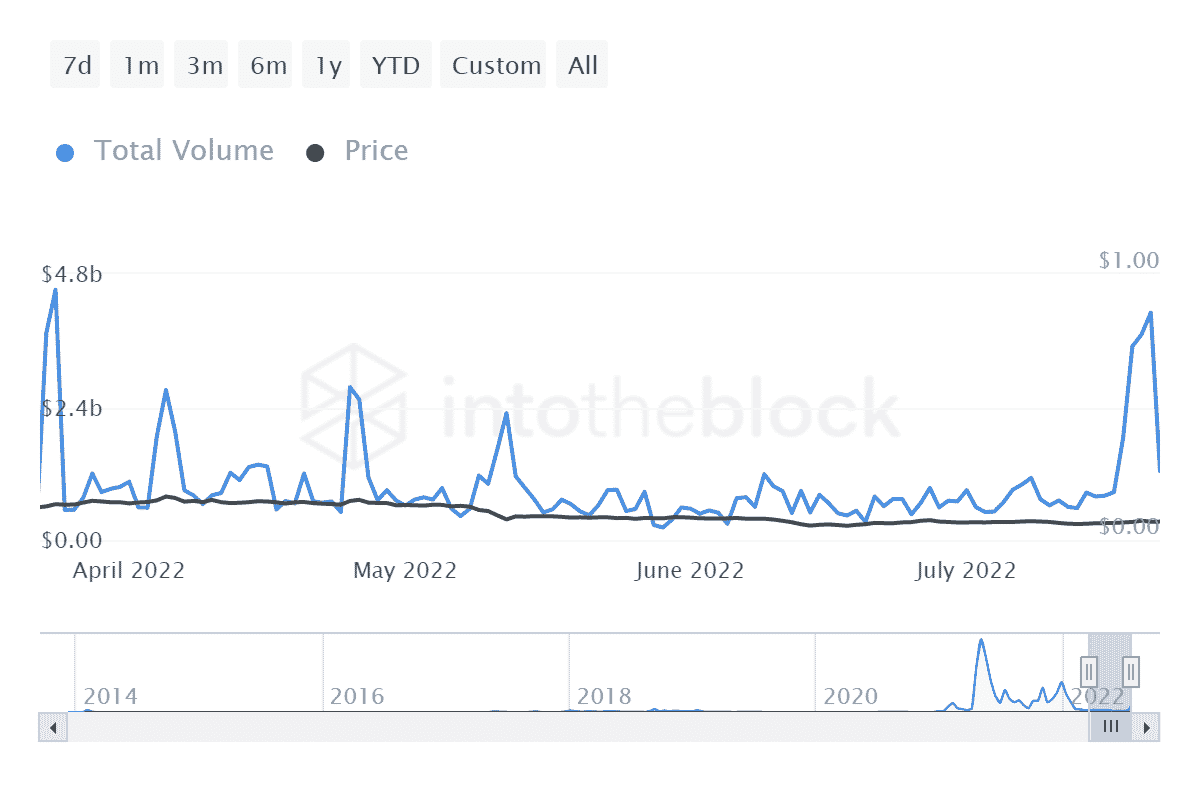 Reportedly, about 94% of the volume has been generated by whales.

It someway underlines the fact that retail investors are holding the hope of recovery. And, the short-term recovery might be on the cards soon. 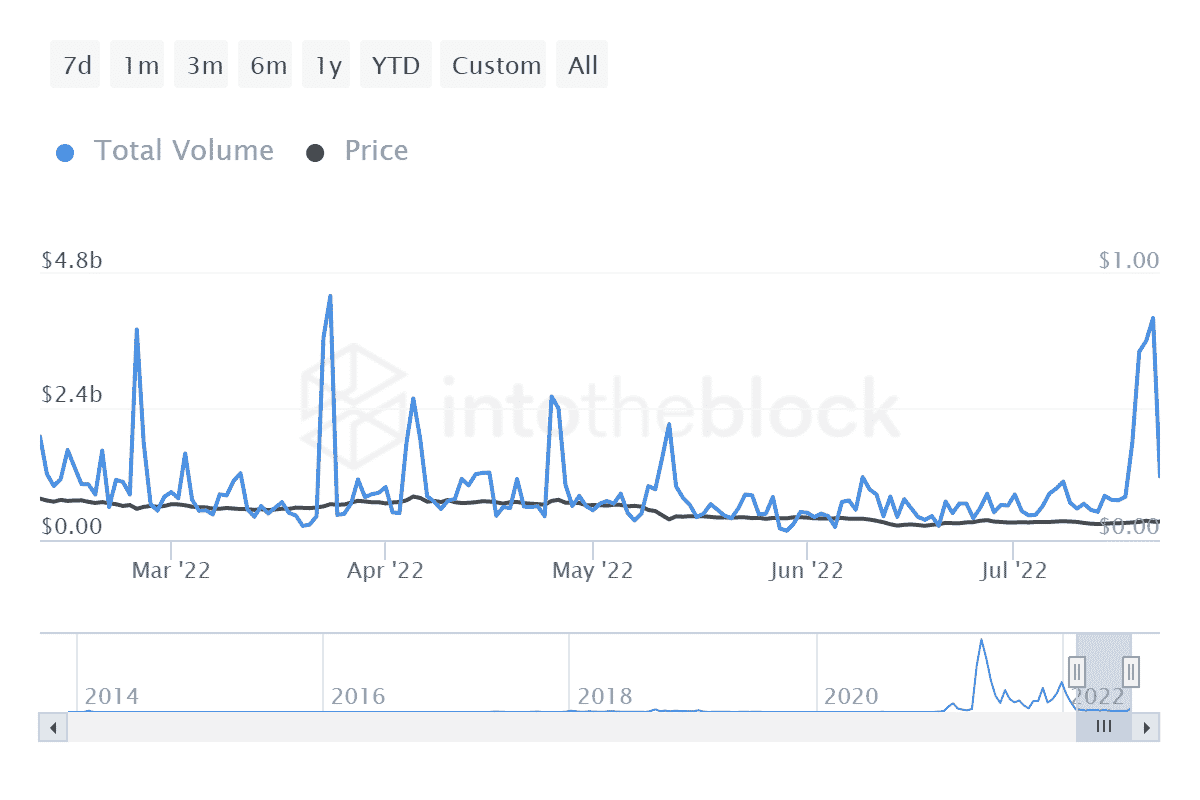 Trading at $0.06, the active uptrend on the altcoin seemed to be making headway after the Relative Strength Index (RSI) reached the bullish zone above the neutral mark.

But since on the broader time frame, a rally is not happening any time soon, it will only be a while before retail investors start moving their holdings around. (ref. Dogecoin price action image).

Kusama traders can apply change in polarity principle at this level