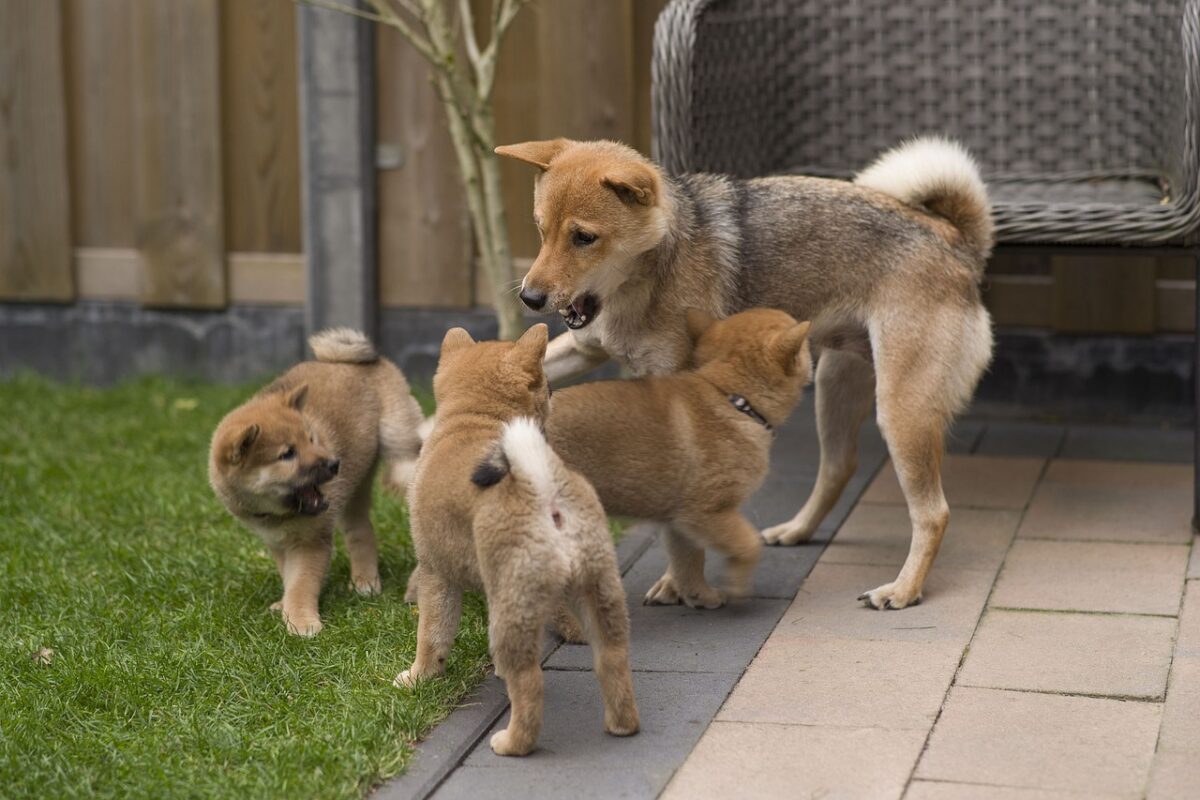 Dogelon Mars is one of the many dog-themed meme coins in the market today. It has seen a lot of interest lately, with November memorably recording a spectacular surge in popularity and value.

Since then, however, ELON’s price has been in decline. At the time of writing, the altcoin had a market capitalization of just $474.2 million. Can bulls exert any influence on the price in the short term? 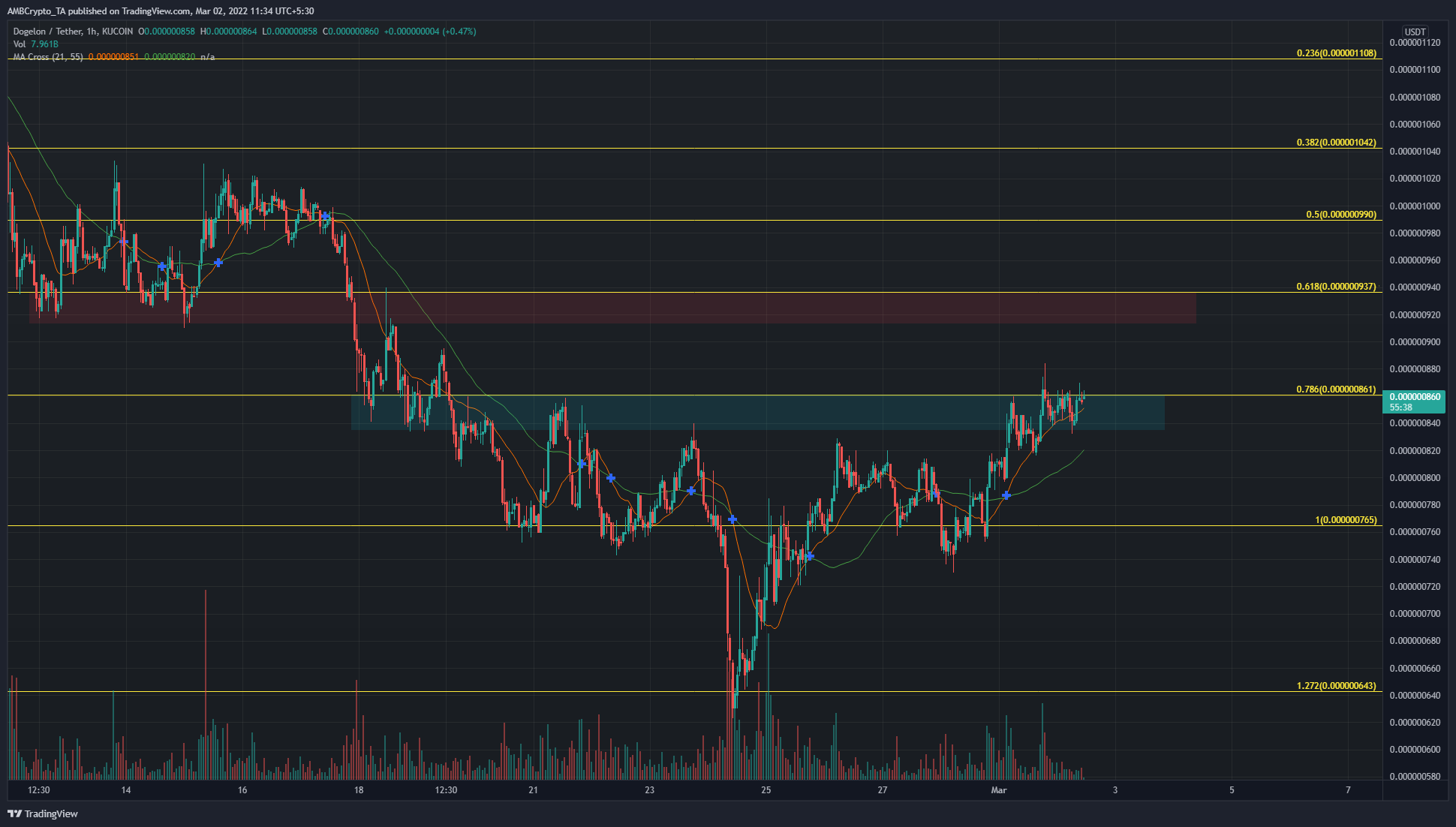 Bitcoin’s explosive rally past $40k sparked bullish momentum on shorter timeframes for many coins, and ELON was one of them (Dogelon Mars prices are multiplied by a factor of 100,000 to reduce decimal places and improve clarity).

A set of Fibonacci retracement levels (yellow) were plotted based on ELON’s move higher from $0.0765 to $0.1214 in early February.

In the two weeks that followed, Dogelon Mars retraced that entire move and also hit the 127.2% extension level at $0.0643 to the south.

Since reaching this extension level, some demand has been seen. At the time of writing, the price was just under the $0.0861-level. This area (cyan box) had been a supply area in recent weeks and it would be a short-term bullish sign if the price can flip it to demand. 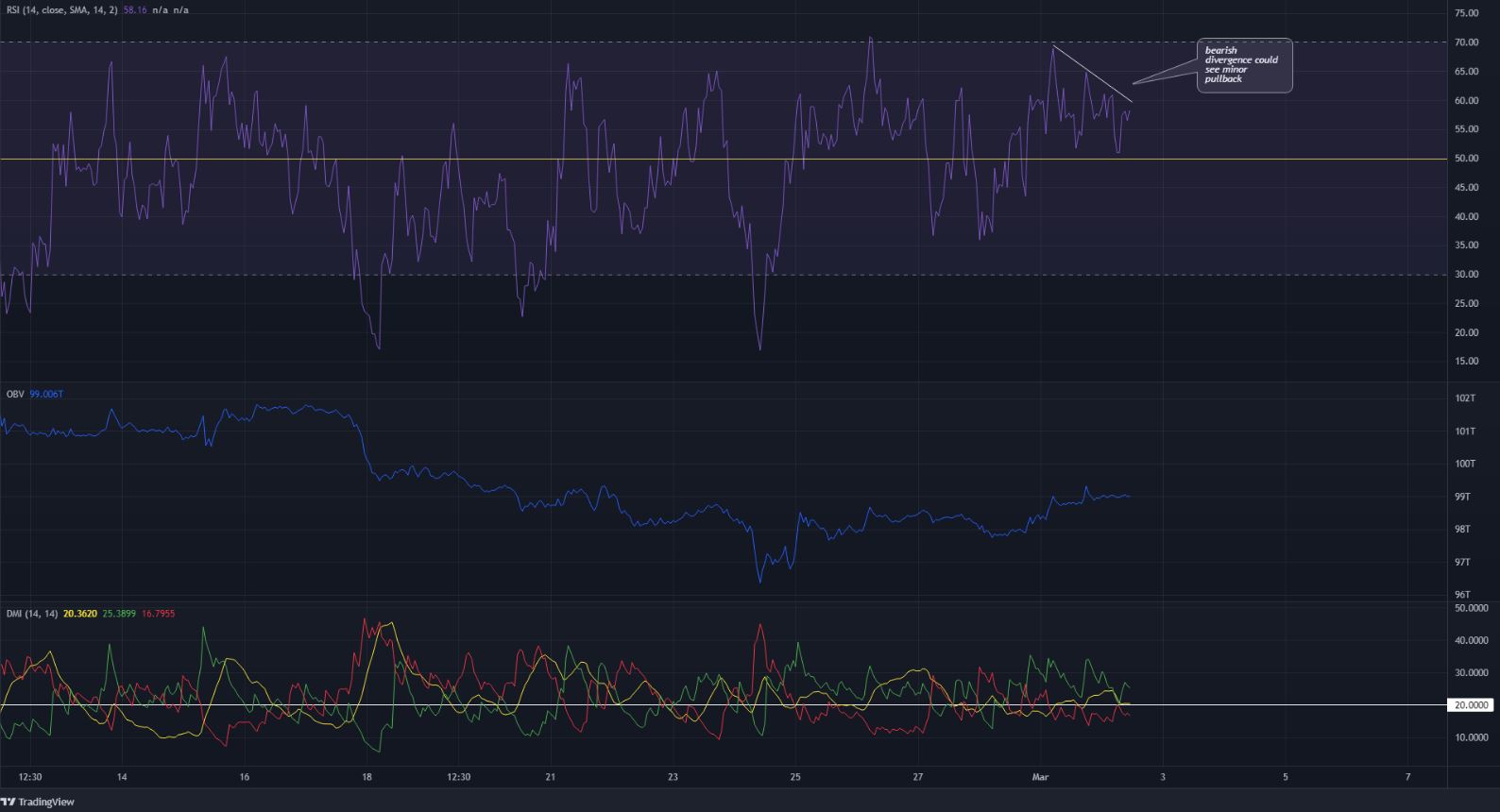 The hourly RSI formed lower highs even as the price tried to push past $0.0861 and higher. This bearish divergence could play out and see ELON dip to the $0.081-area in search of demand. However, such a minor pullback would likely be a near-term buying opportunity.

The OBV formed a series of higher lows over the past week. This suggested buying volume has been the stronger force. The DMI was on the verge of signalling a strong bullish trend in progress. The 21 SMA (orange) also climbed above the 55 SMA (green) recently to show upward momentum.

As the coin has a lower liquidity than other, bigger cryptocurrencies (by market cap), more volatility could be seen for ELON.

Therefore, risk management and stop losses would have to be carefully considered on any new or existing ELON positions. A flip of $0.0861 to support could be used to enter a long position targeting $0.0937 and $0.099.