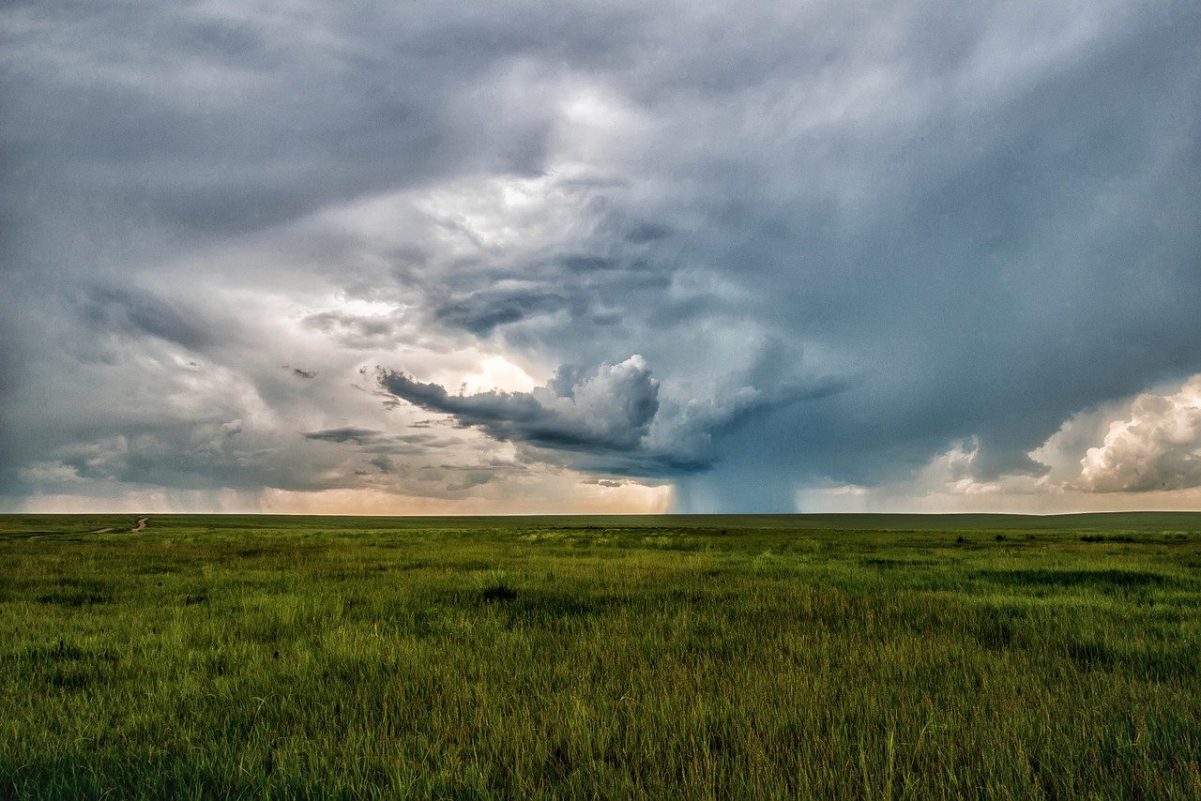 The altcoin market did not move as a unit. In fact, while some large-cap coins such as Litecoin saw huge gains and EOS, NEM registered strong performances across the board, Zcash underlined short-term bearishness. 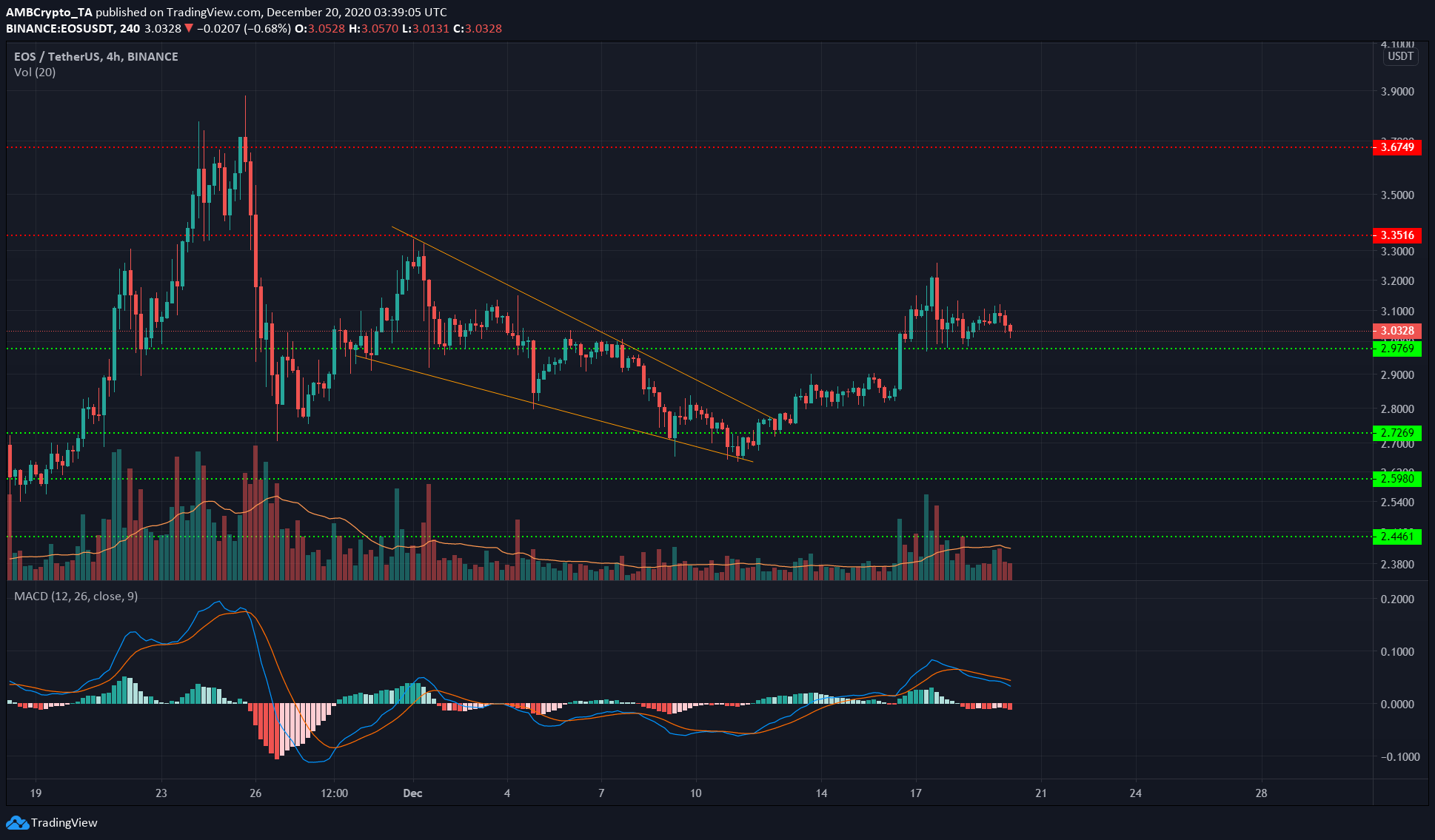 EOS formed a falling wedge, one that broke out above the $3-level of resistance, and at the time of writing, was heading back down to retest it as support.

The MACD formed a bearish crossover as EOS lost steam to move to the upside, but this was a weak sell signal and did not imply that a downtrend was coming.

The base of the wedge at $3.28 had not been breached by EOS and it was in close proximity to the $3.35-level of resistance. If EOS does not break with strength beneath the $3-support, bulls could test resistance in the coming days. 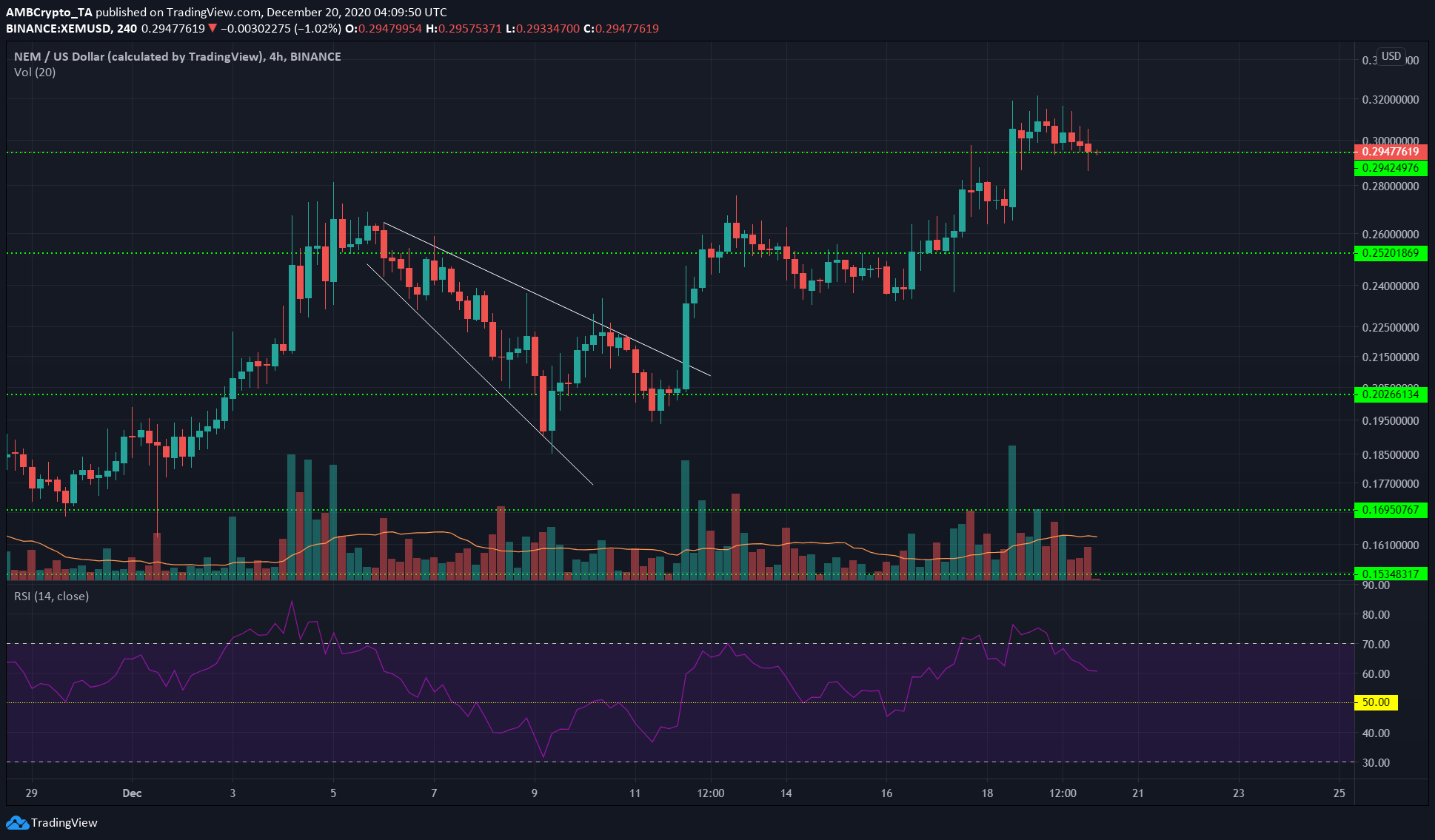 XEM also saw a breakout to the upside a few days ago and rose above the $0.294-level. The RSI noted a value of 61, with the same not dropping significantly under the neutral 50-mark over the past week.

This and the series of higher lows XEM formed was indicative of a strong uptrend. The next levels of resistance for XEM lay at $0.327 and $0.344.

Both the short and long-term outlook for NEM remained bullish. The pullback XEM was on at the time of writing could see it go as low as $0.281, but the trend remained bullish 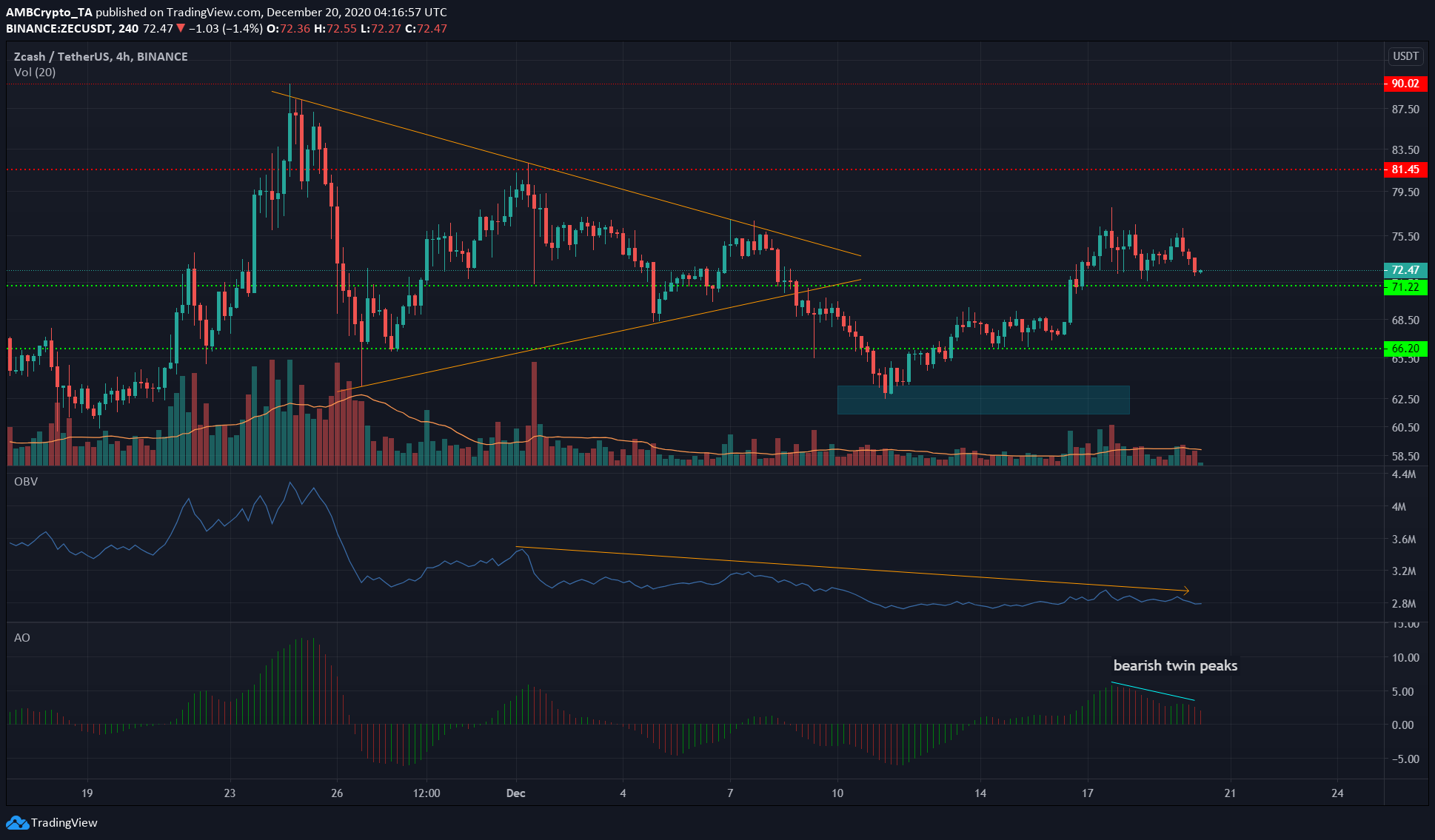 ZEC formed a symmetrical triangle and dropped to the region of demand around $62.5. Aided by a bullish BTC, ZEC posted gains over the past 10 days.

However, the OBV has not kept pace with the price. While the price was on an uptrend, the OBV showed that selling volume was greater than buying volume since late-November.

The Awesome Oscillator also formed a bearish twin peak set-up some hours before the time of writing.

Taken together, it was likely that ZEC would test the $71-support. A session close beneath this level on good trading volume would indicate further downside toward $66-support.

How is the accumulation in Chainlink’s market holding up?