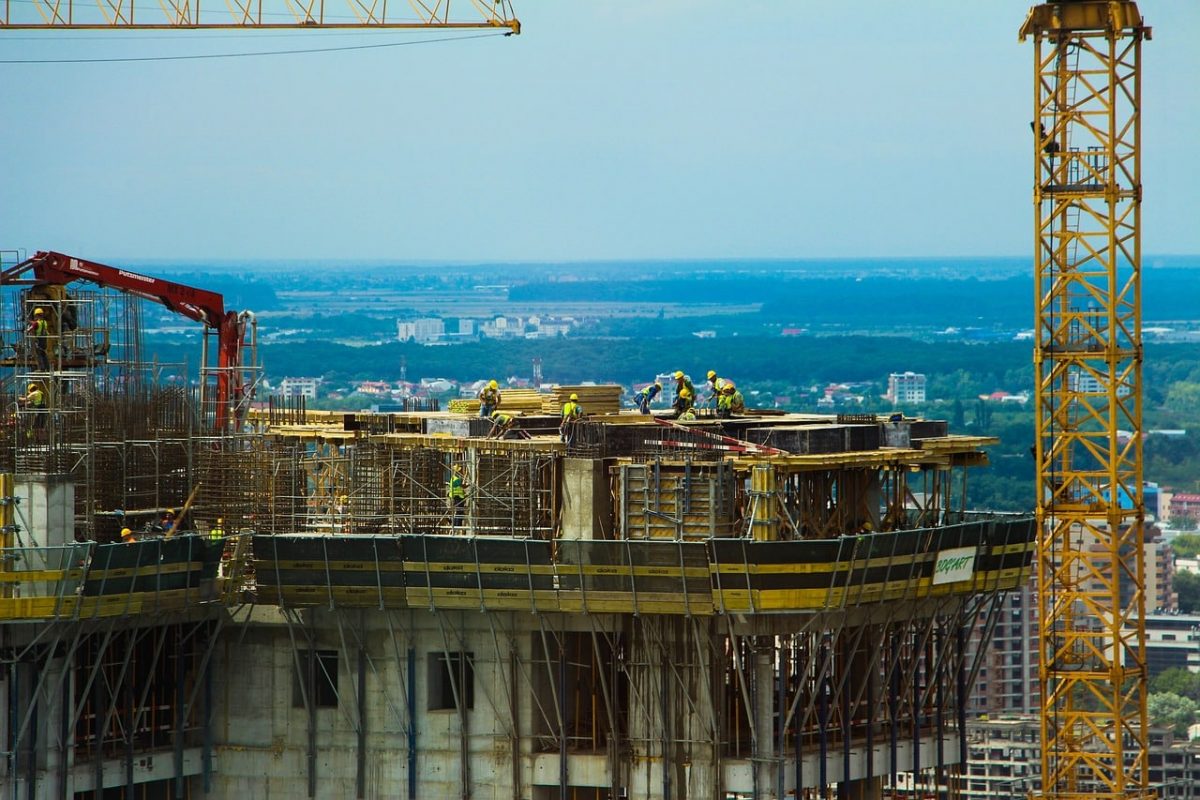 EOS has been on a downtrend since mid-September when the price plunged under the $1.38-support. At press time, the psychologically important $1-mark had been defended somewhat, but the overall bias remained bearish. 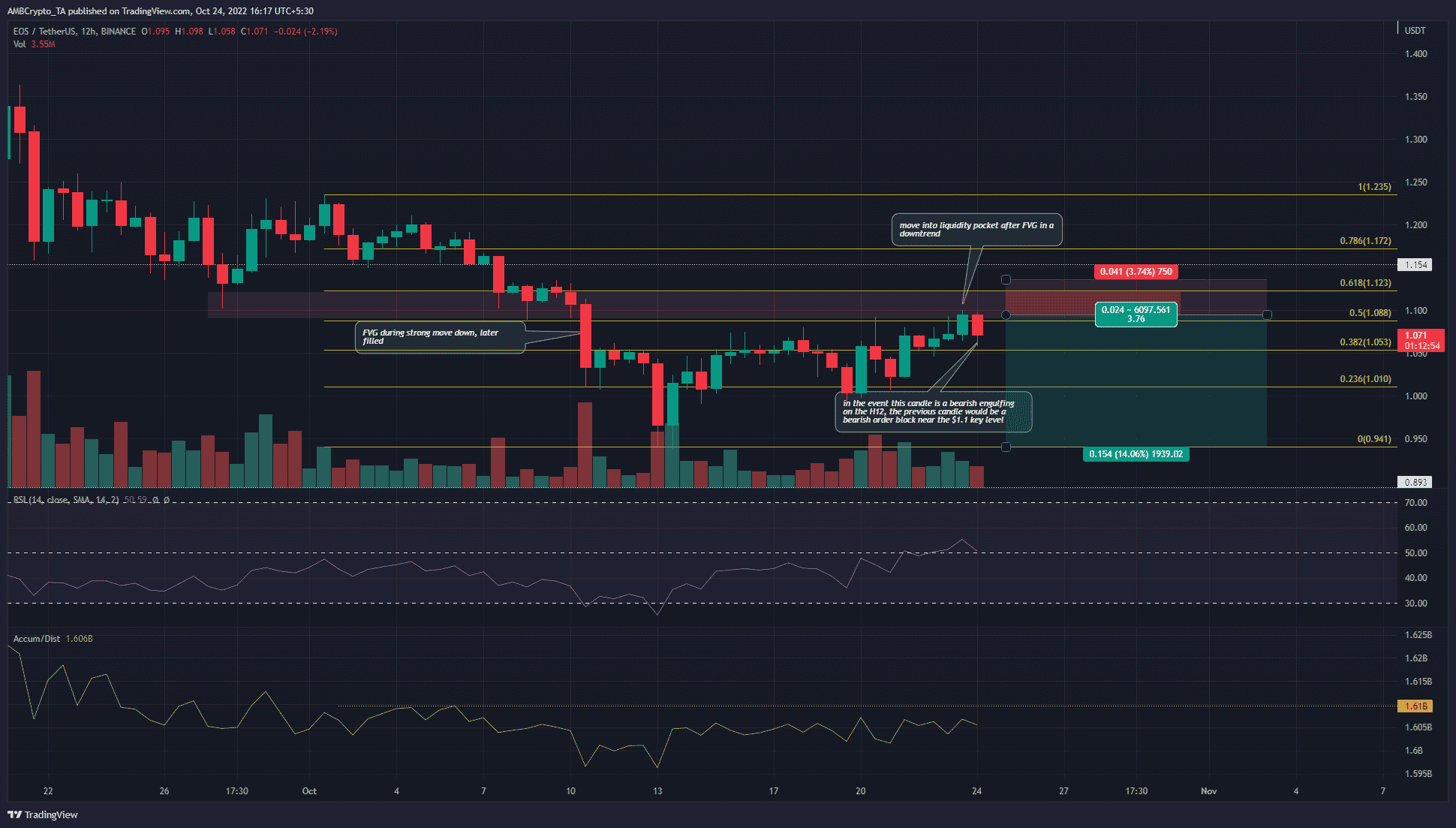 On the 12-hour timeframe, the bounce from $0.94 over the past two weeks has seen the price set a series of higher lows and higher highs in this same time period. Therefore, the lower timeframe market structure and momentum were bullish. The RSI also climbed above neutral 50 in support of this development. However, the A/D line was yet to break above October’s resistance.

A look at a higher timeframe chart such as the 1-day showed these highs to be less significant. The prevalent trend was bearish and EOS would have to beat the $1.12-lower high in order to flip the structure to bullish.

Moreover, the past three weeks have seen the price repeatedly test the $1.1-zone. Highlighted in red, this can be considered as a liquidity pocket. In late September, a test of this region saw EOS rapidly climb to $1.23 – A 11.8% move north.

Similarly, once this area gave way, the bulls were totally exhausted and EOS went straight to the $0.95-mark within a few days. A set of Fibonacci retracement levels (yellow) were plotted based on EOS’s move from $1.23 to $94. The 61.8% and 78.6% retracement levels lie at $1.12 and $1.17, marking them as an important belt of resistance.

Bears can use the confluence between the liquidity pocket and the Fibonacci levels to enter a short position on a revisit to the $1.1-level a few days later, in the event a bearish order block. They can also consider a more risky trade and look to short around $1.1, with invalidation set above the $1.13-mark.

Development activity was flat in mid-August and October. This was not good news for long-term investors. They like to see sustained development on the projects they are looking to invest in. The Social Dominance was near the 0.04%-mark. Taken together, the inference will be that EOS is not a particularly popular project, despite being a $1 billion market cap token.

The price action suggested a move lower would be likely in the next few days. An EOS move above $1.15 and a revisit to $1.1 as a support zone would invalidate this bearish idea.