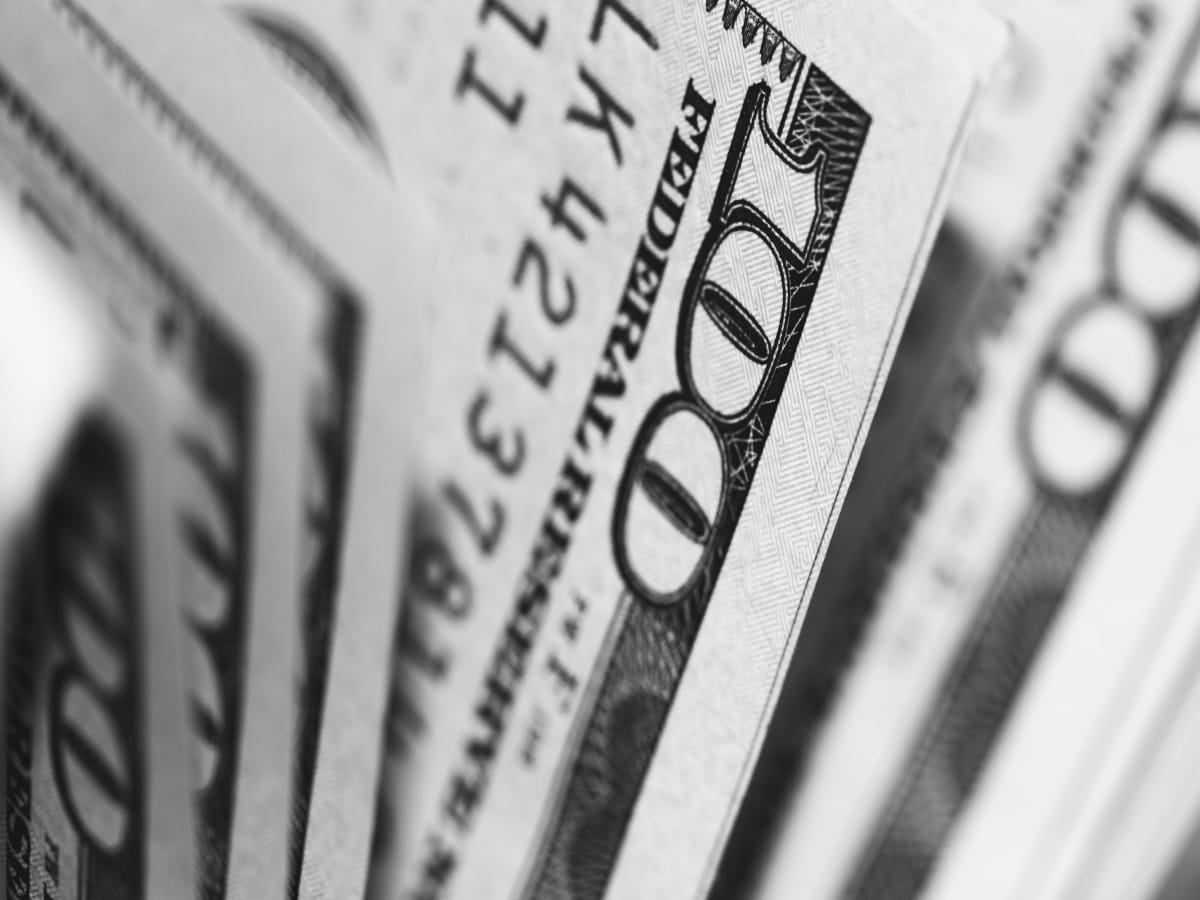 Weeks leading up to the Ethereum merge were marked by skepticism amongst investors, with many doubtful of the success of the network’s transition into a proof-of-stake mechanism. This led to increased outflows for the leading alt.

Following the merge on 15 September, CoinShares, in its latest edition of the “Digital Asset Fund Flows Weekly Report,” found that investors remained cautious as Ethereum [ETH]  logged the fourth week of outflows which totaled $15 million. Total ETH outflows in the last month stood at $80 million.

This was brought about by a general decline in the cryptocurrency market and broader financial markets with rising inflation and a general spike in the cost of living. 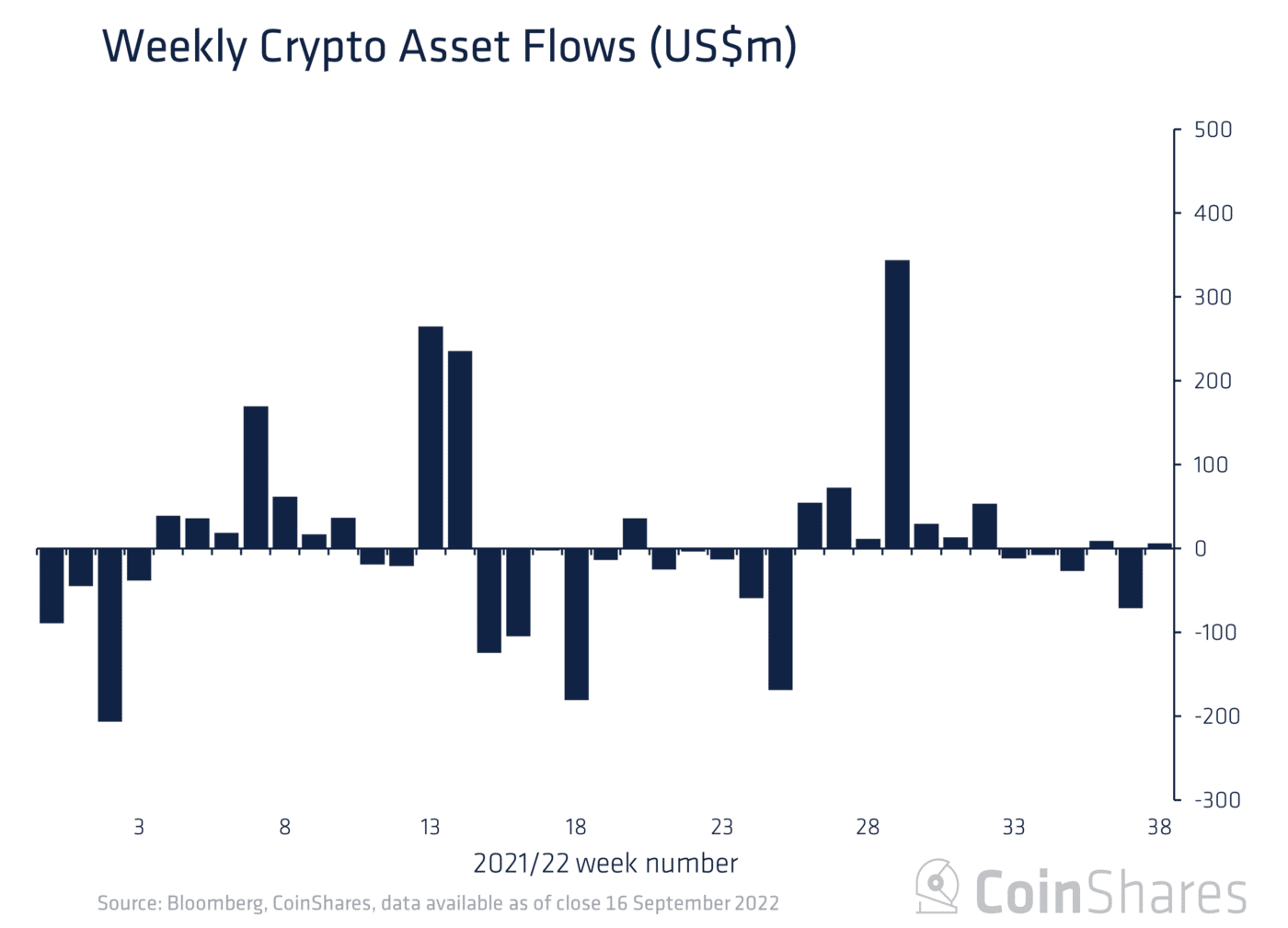 As a result of the “positive and negative flows by provider and asset” that was present in the market last week, the value of assets under management (AuM) declined by 11% over the previous week, as per the report.

King coin and the serfs

Last week, breaking the 5-week streak of outflows that totaled $93 million, Bitcoin finally registered inflows of $17 million. The inflows registered brought the year-to-date (YTD) flows for the king coin to $259.2 million, a 3% growth from the YTD index of $251.7 million recorded in the previous week.

As for short-Bitcoin, the asset logged inflows of $2.6 million last week. This brought its total AuM close to $169 million, which according to Coinshares, was a record high.

As for the other class of assets, Coinshares reported, 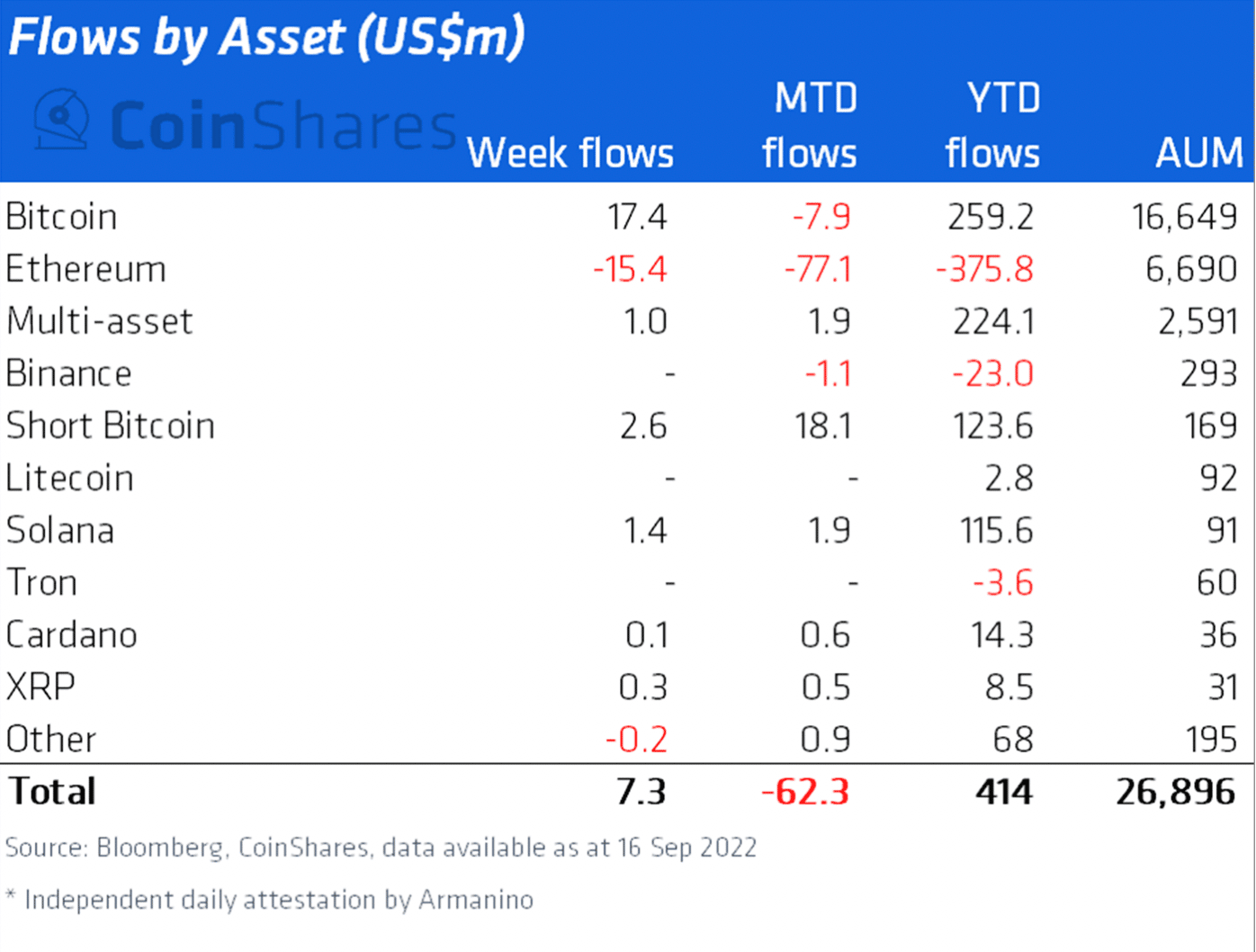 Regionally, most inflows were from North America and Europe, with inflows from the United States and Germany totaling $14 million and $11 million, respectively.

Within the same period, Sweden and Canada saw outflows of $16 million and $4.2 million, respectively. As a result, the YTD flow by region stood at $414 million. 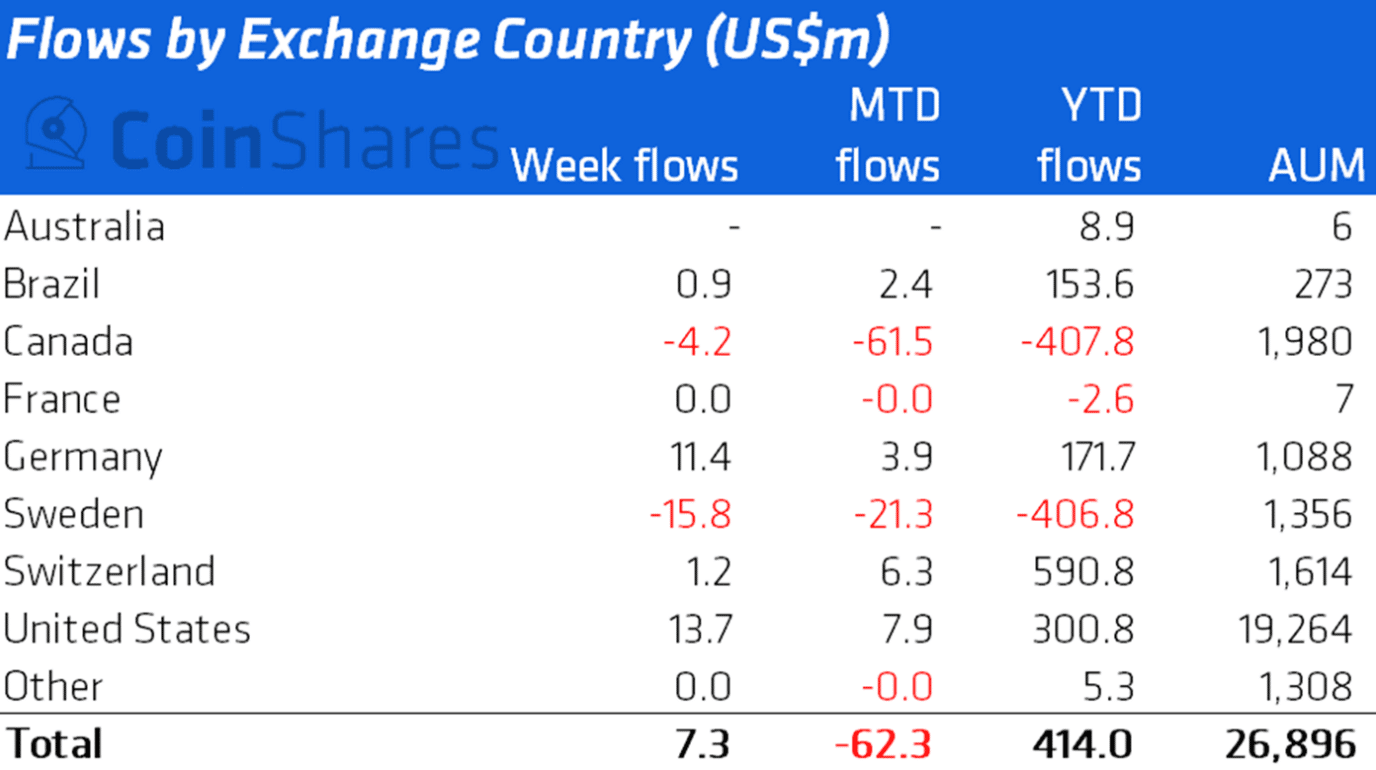