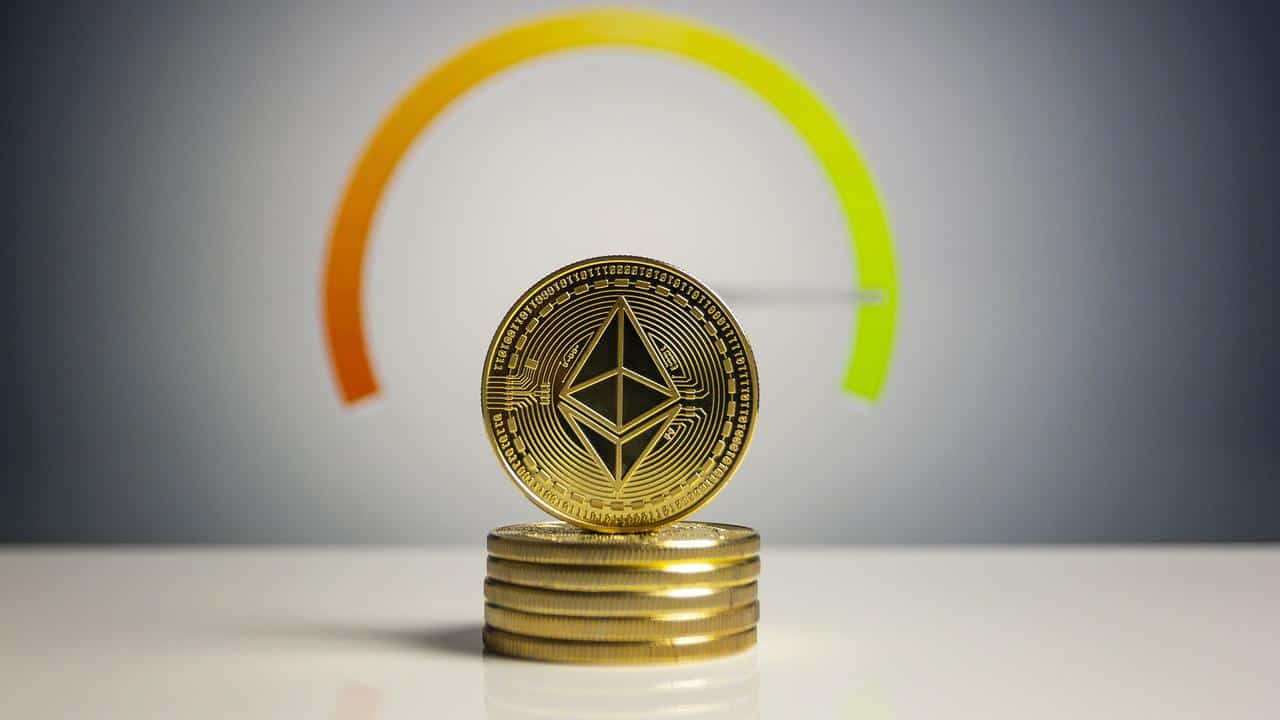 Ethereum [ETH] has, as some Twitter denizens like to say, “melted faces” over the past week as the asset surged from the range lows to post an impressive 50% gain in just under a week.

The longer-term trend has been bearish, going back to late November. However, the recent breakout from the range meant bulls had seized the initiative. The price charts offered two areas where buyers can look to reload. 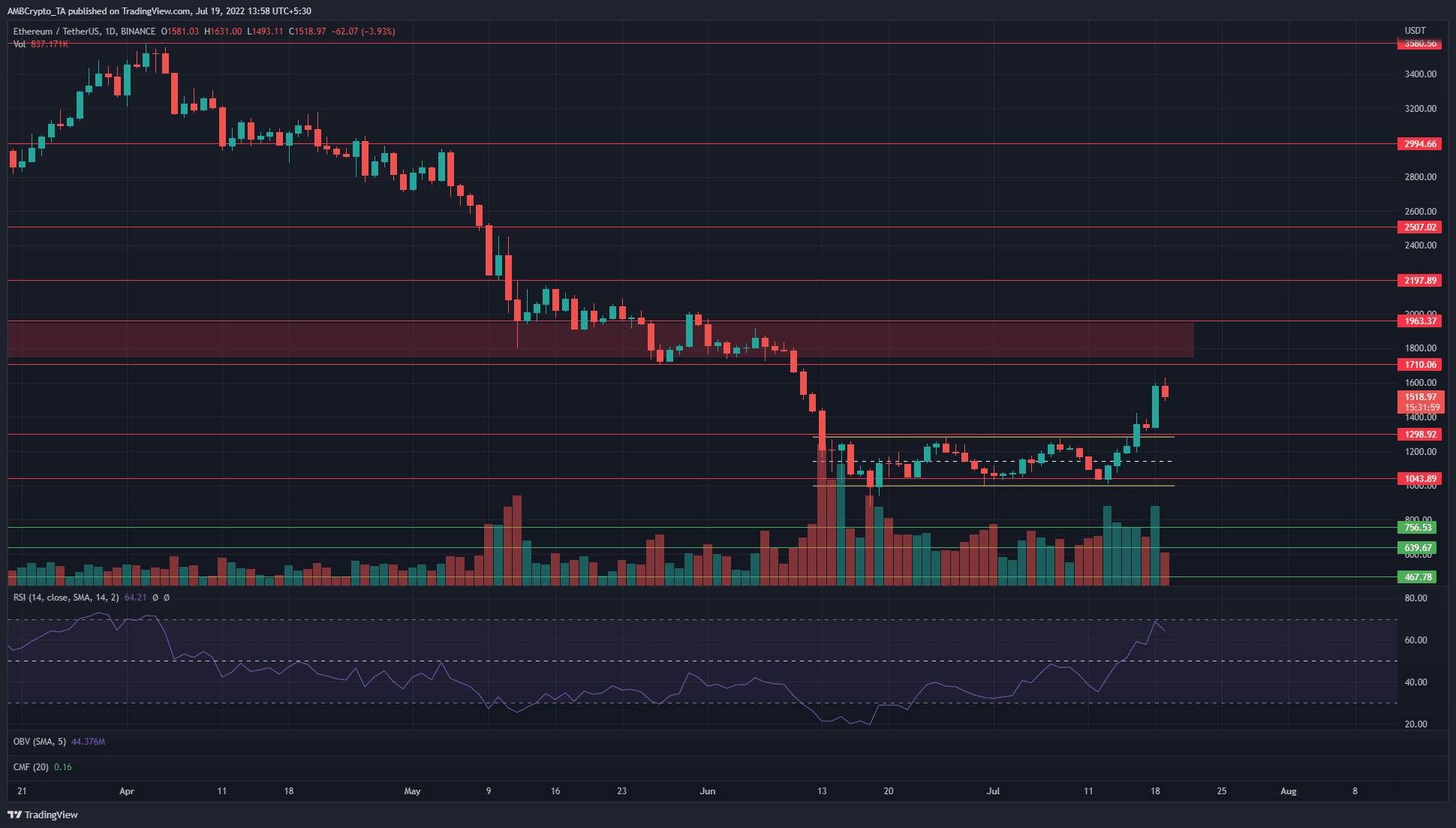 On the daily chart, the most important piece of information was that the $1750-$1950 area represented stiff resistance. In July and March of 2021, this zone served as support and resistance. At the time of writing, it was resistance once more, and a long-term one at that. Hence, this region had extra significance.

Another thing to note was the steady downtrend in recent months, especially in April. In June, the price formed a range (yellow), which Ethereum has broken out of in the past few days of trading.

The Relative Strength Index (RSI) also broke past neutral 50 to show that bulls had the upper hand. This was a welcome change for the buyers, who had toiled in a downward trend since April, evidenced by the RSI’s inability to break neutral 50. 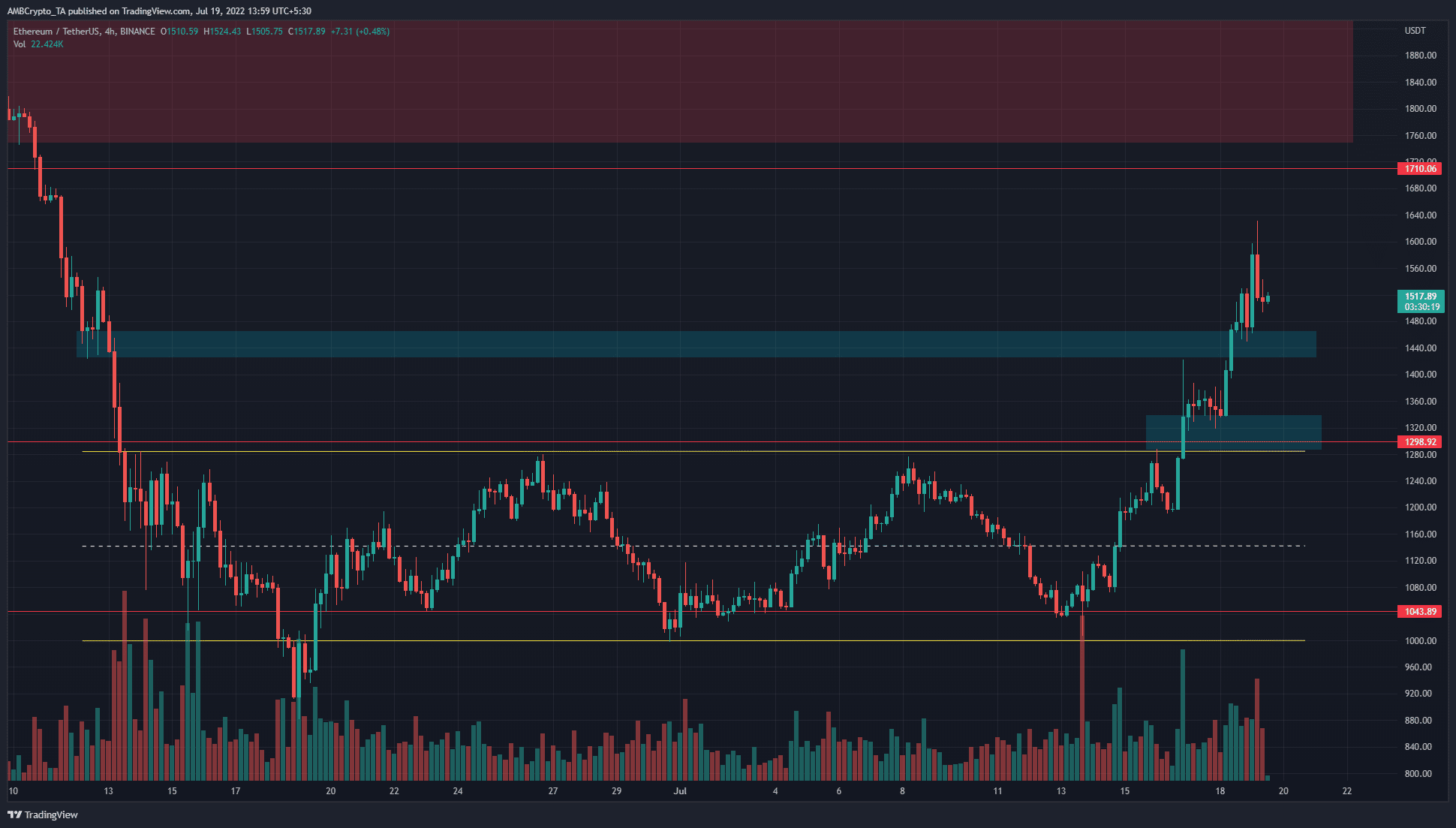 The four-hour chart highlighted the recent range (yellow) more clearly. The range highs and lows lie at $1,280 and $1,000 respectively. The mid-point of the range at $1,140 was also respected as support and resistance on many occasions while the price was within the range.

This added credence to the idea of a range formation. The recent breakout saw ETH add nearly $300 from the range highs. The width of the range was also close to $300 ($280 to be exact) so a minor pullback could materialize.

In such a scenario, there were two areas highlighted in cyan where bulls would look to force a higher low. These were the $1,440 area from early June and the range highs at $1,280-$1,300. 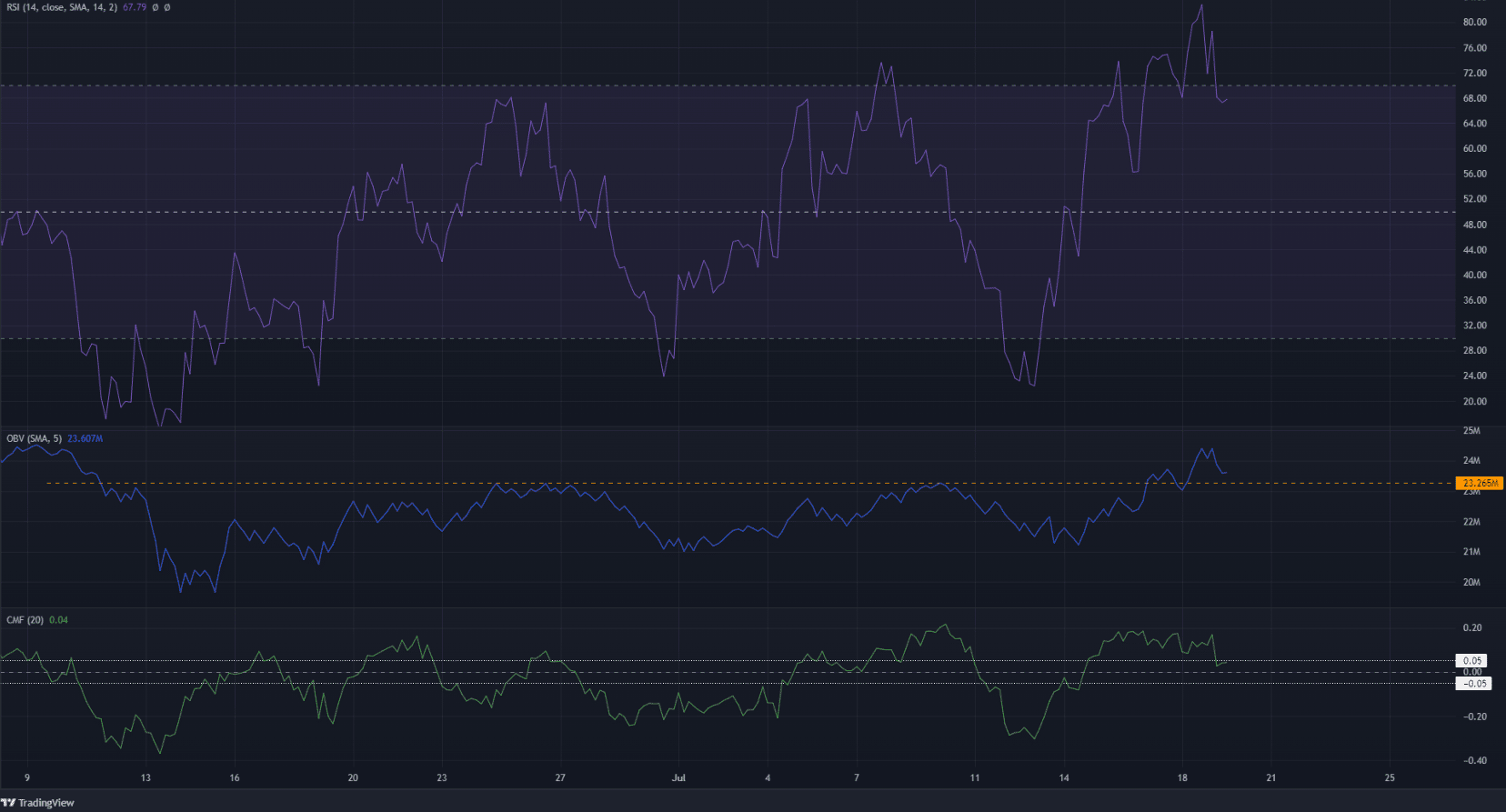 The four-hour RSI was well above the 60 mark to highlight heavy bullish momentum. A hidden bullish divergence (higher low on price, lower low on RSI) could develop in the next couple of days upon a deeper pullback.

The On-Balance Volume (OBV) has also been on the march northward. A level of resistance from June was broken in the past week. This pointed toward the likelihood of further gains for ETH on the back of hefty demand.

The Chaikin Money Flow (CMF) also managed to rise above +0.05 to show significant capital flow into the market.

Overall, the longer-term picture was bearish but the recent developments showed that a leg upward was in progress.

The $1750-$1950 area could be tricky to navigate for both bulls and bears. However, the latest surge for Ethereum meant that a move toward $1800 could transpire in the coming weeks.

Hedera traders should know this about HBAR’s performance