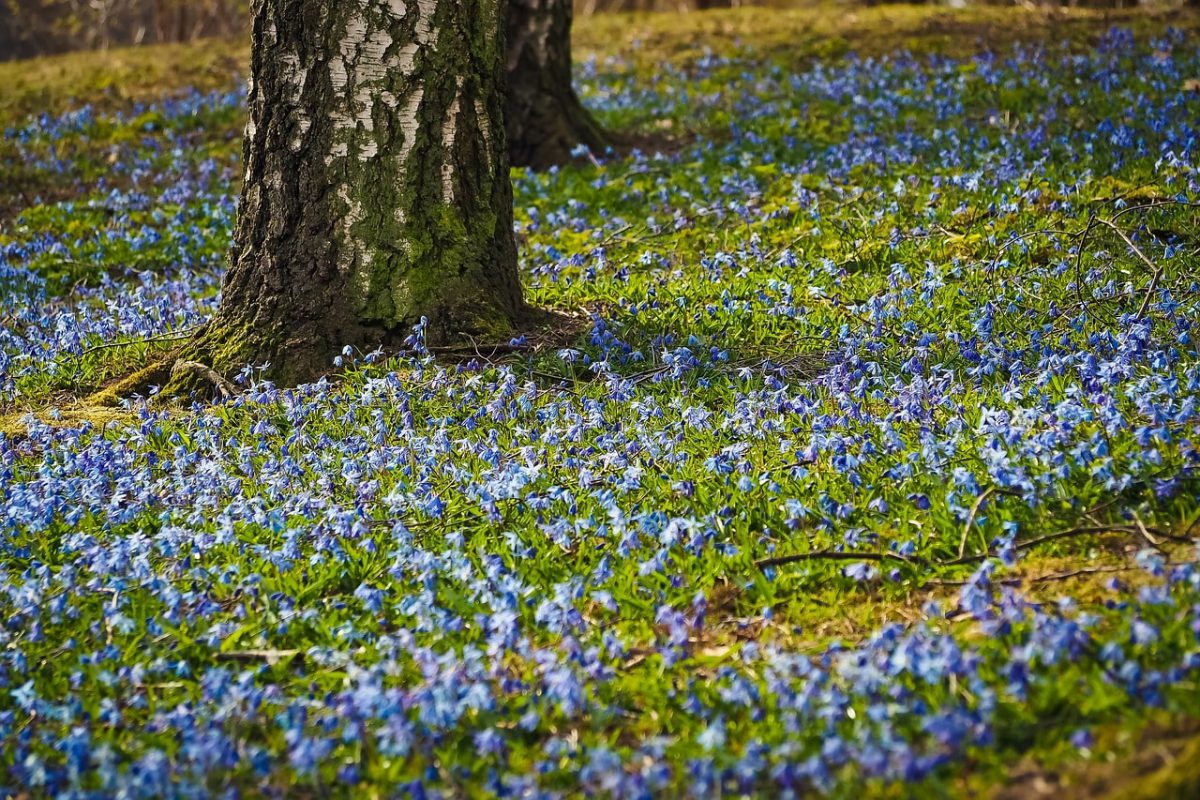 Ethereum was consolidating under its all-time high and traders eagerly anticipated a breakout past this final level of resistance. Aave showed bullish momentum and could post further gains past $300, and does not yet hint at a pullback on its rally. Dogecoin sent users into a rapture, apart from those who bought the absolute top. 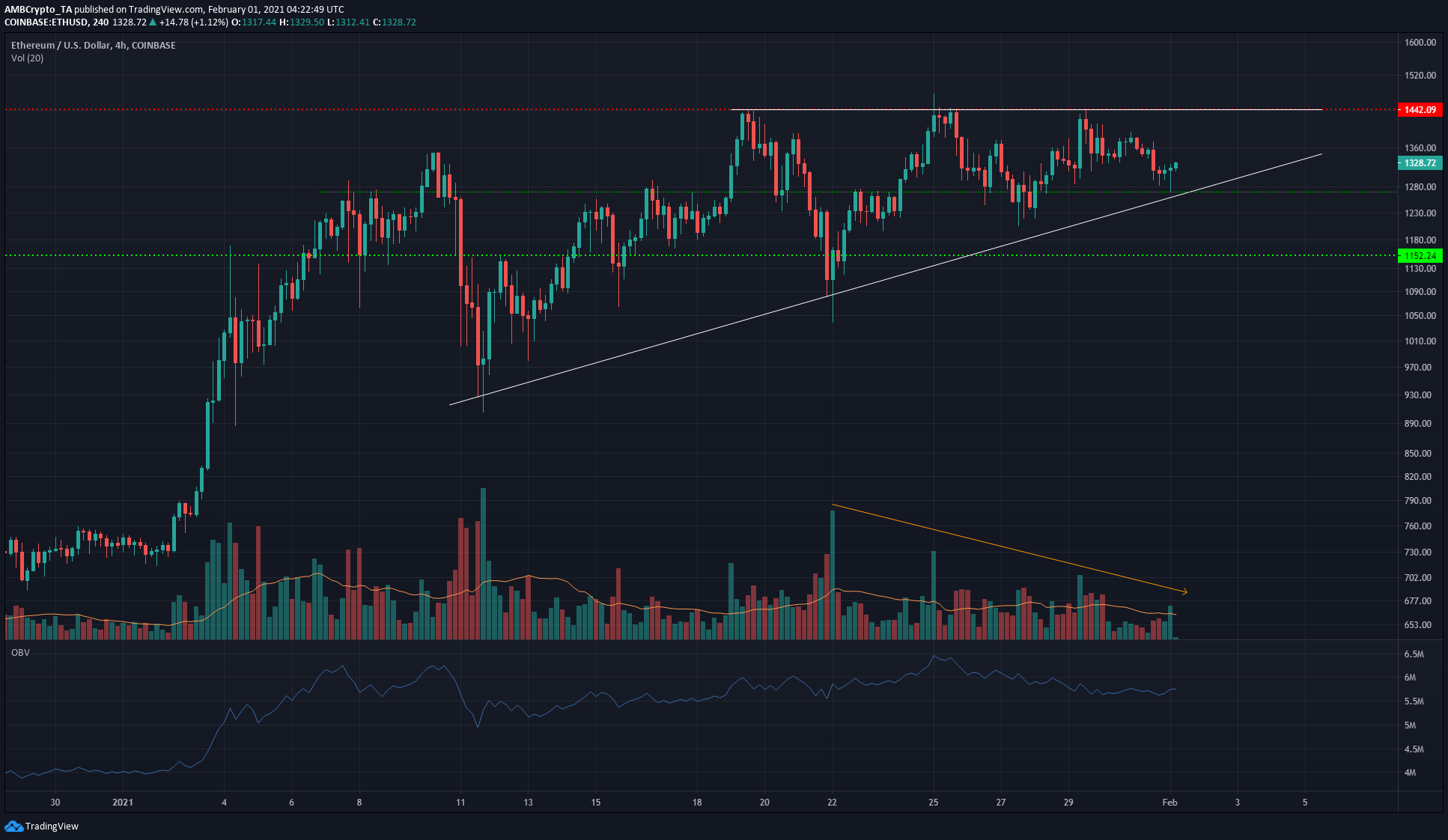 Ethereum formed an ascending triangle pattern. It is a pattern that generally sees the price breakout to the upside. The trading volume has also been trending lower over the past week.

While this evidence corroborated the notion of consolidation under resistance for ETH before a bullish breakout, the OBV over the past week has been sliding, indicating some short-term selling dominance by volume in the ETH market.

ETH closing a session outside the triangle pattern on heavy trading volume would confirm the direction of the breakout. The $1270 level acted as support for ETH on its latest dip. 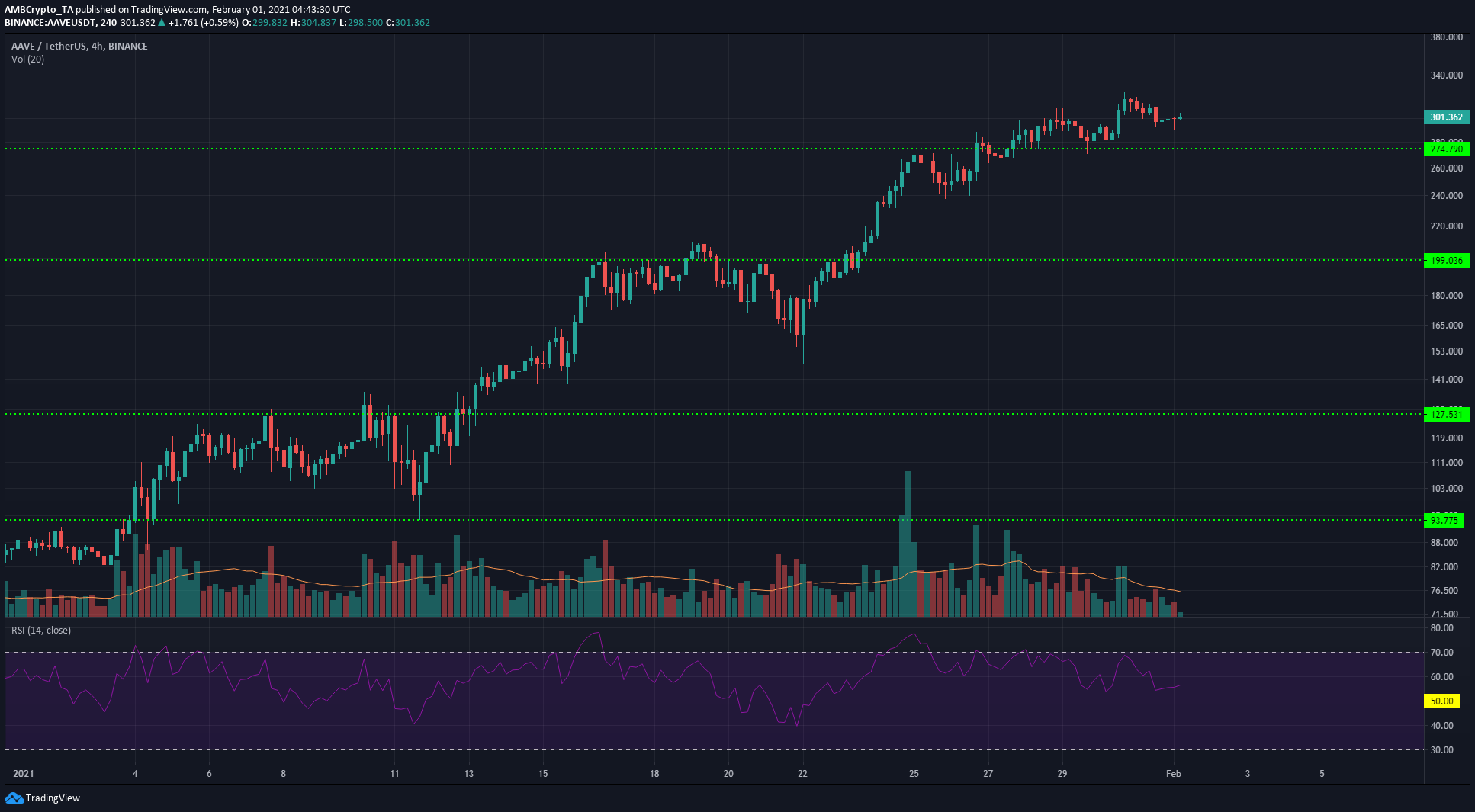 The RSI for AAVE formed a series of lower highs even as the price formed higher highs. This bearish divergence saw AAVE pullback from $320 to $290. Subsequently, AAVE rose past the $300 psychological level once more.

The RSI stayed above neutral 50 to indicate that an uptrend was still in progress. In the short-term, the $300, $290, and $274 levels can offer buying opportunities. A longer-term outlook showed strong bullish momentum still present for AAVE and retracement had not yet begun, meaning there is further upside to AAVE beyond $300 before a pullback. 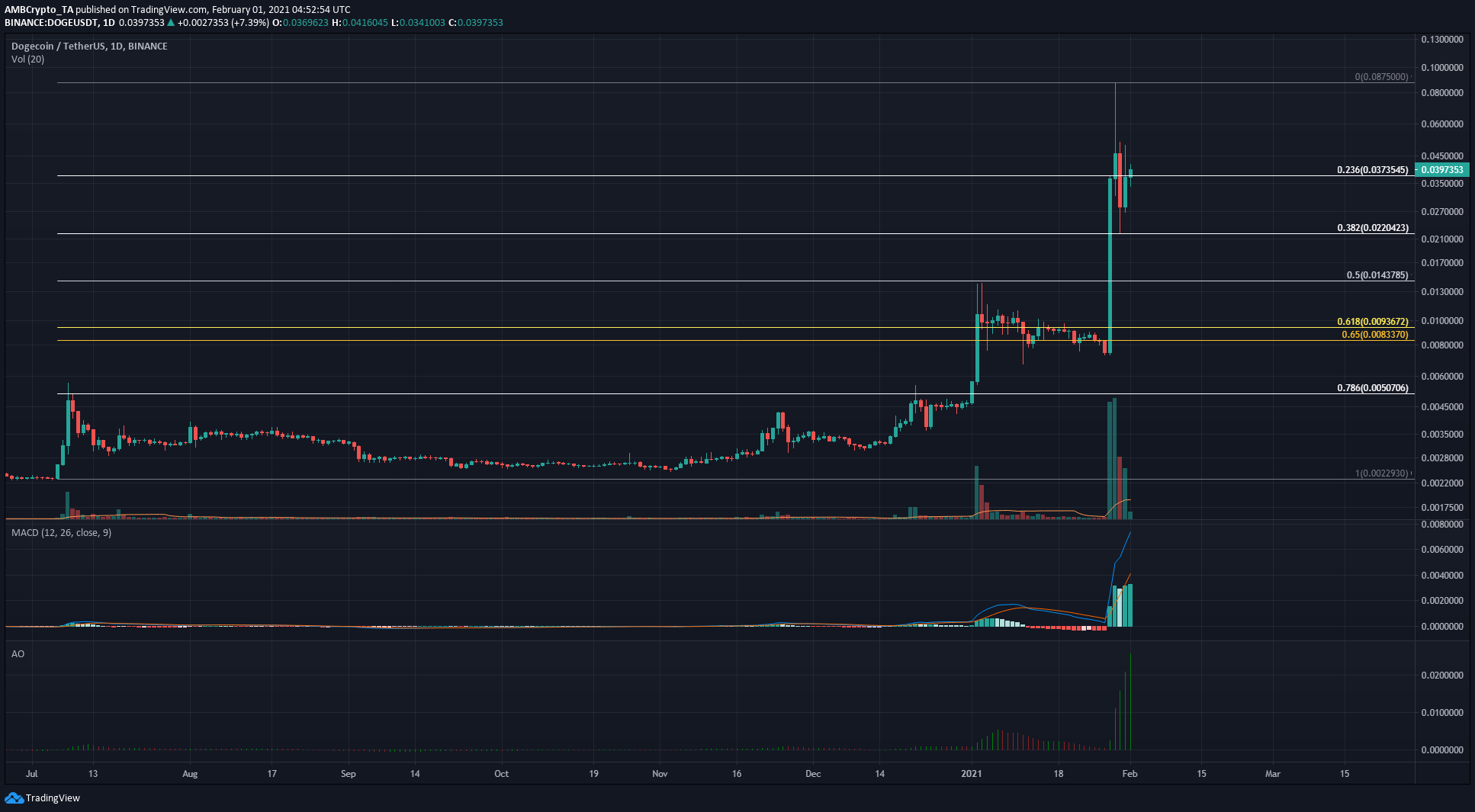 For a crypto token with no hard cap on supply, the meme coin has a lot of ardent buyers. The July TikTok pump, the surge in early January, and the most recent surge that saw DOGE post gains of 1100% in a single day meant that DOGE is one of the best-performing and widely known digital assets of the past seven months.

The technical indicators were a bit mashed for DOGE.  However, the Fibonacci Retracement tool highlighted some possible areas of support for DOGE on a pullback.

Further upside can never be discounted for DOGE, but the warning about a lack of supply cap must be reiterated.