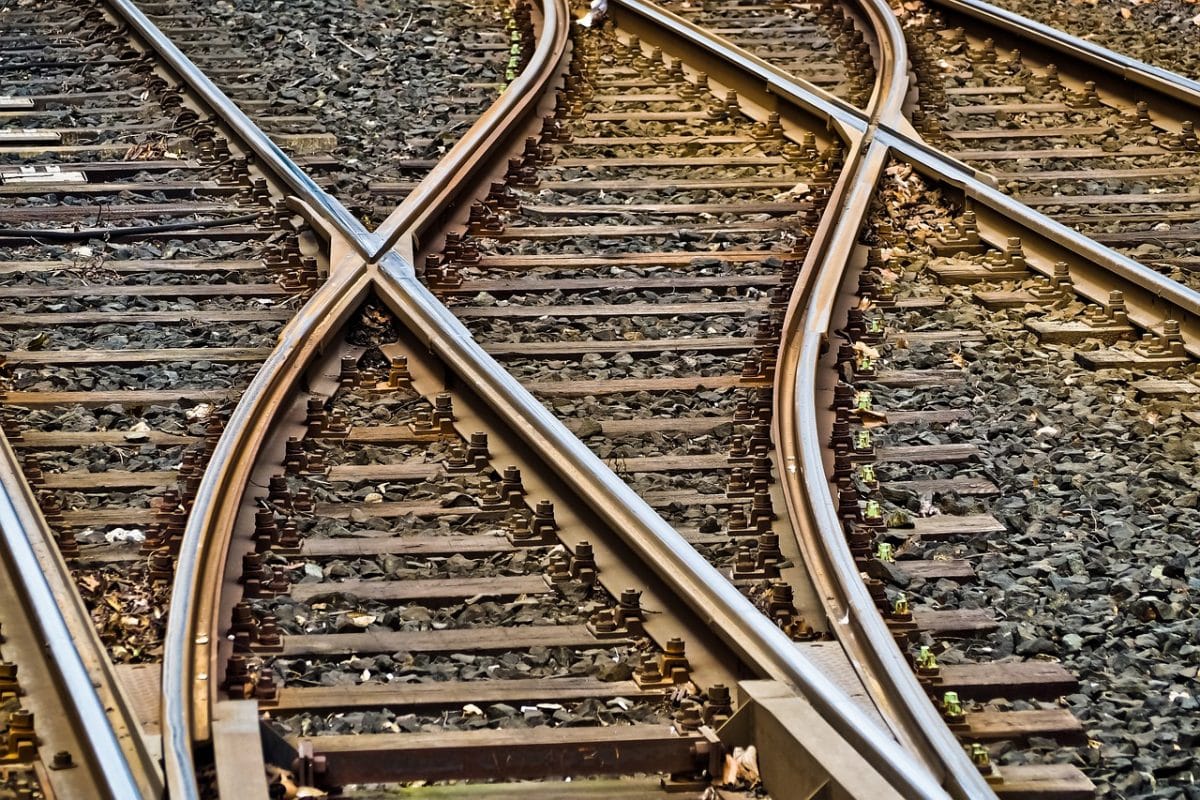 USDT Dominance is a metric that measures how much of the market cap was held in Tether. Since mid-August, this metric has risen from 5.73% to 7.67%, to show market participants converting crypto to Tether. The selling pressure was felt across the market in the past few weeks.

Ethereum Classic {ETC] has been in a bearish grip since it fell below the $33.8 mark two weeks ago, and Bitcoin [BTC] was unable to beat the $19.6k resistance as well. 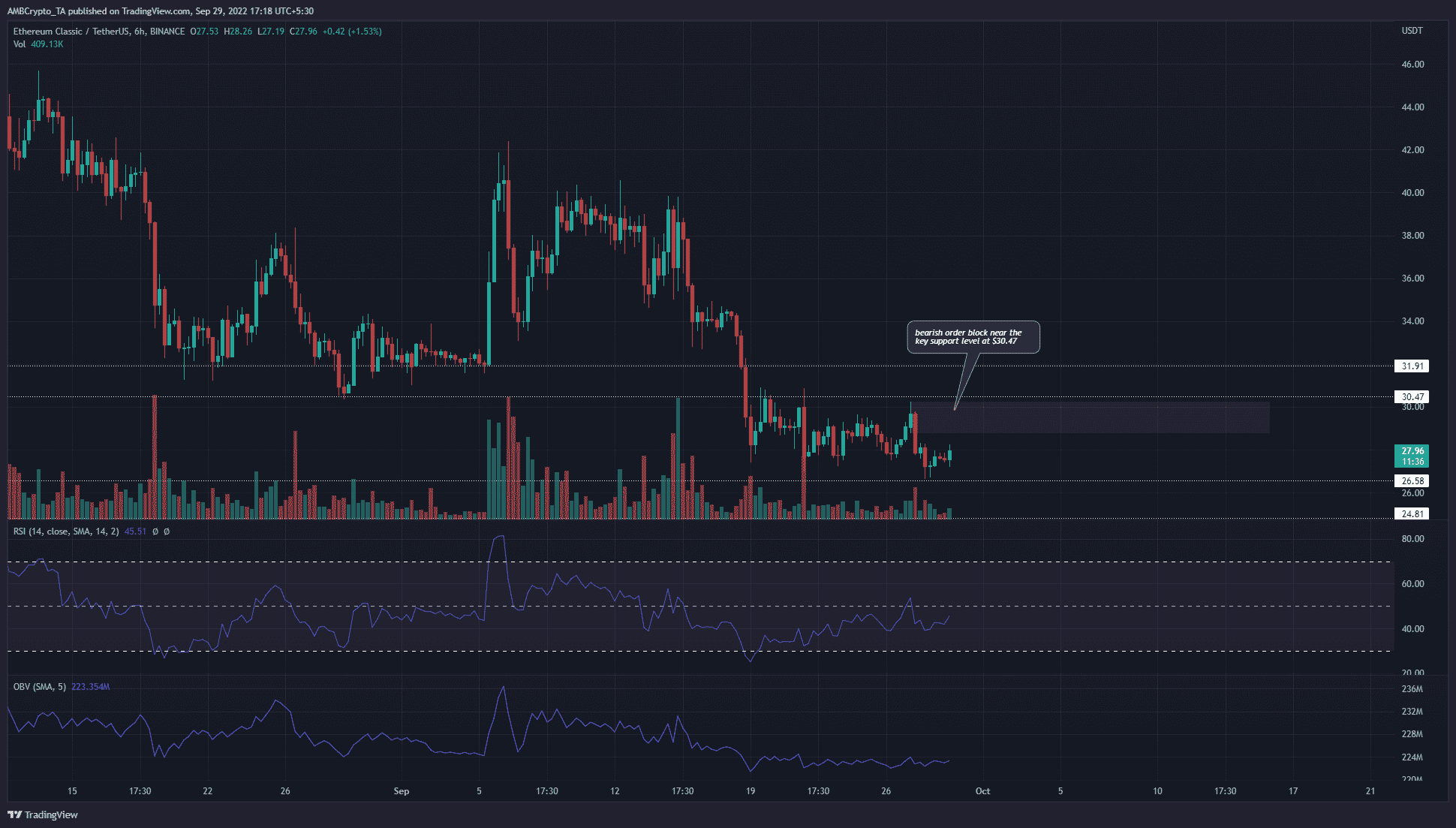 To the north, a bearish order block resided near the $30 mark. At the time of writing, the price traded at $27.96. A further 8% gain would be needed to invalidate the bearish notion. Hence, traders can look to wait for more of a bounce in order to enter short positions around the $28-$29 region, which is also close to the key support level at $30.47.

The 12-hour and the daily timeframe (not shown here) had a bearish market structure. They have formed a series of lower highs and lower lows in the past two weeks. Due to this, Ethereum Classic traders can look to trade with the trend and look for selling opportunities.

The Relative Strength Index (RSI) was beneath the neutral 50 mark and tested it as resistance recently. This suggested the presence of a downward trend. The On-Balance Volume (OBV) also agreed that sellers had the upper hand. The OBV has made lower highs for around three weeks, to indicate high selling volume. 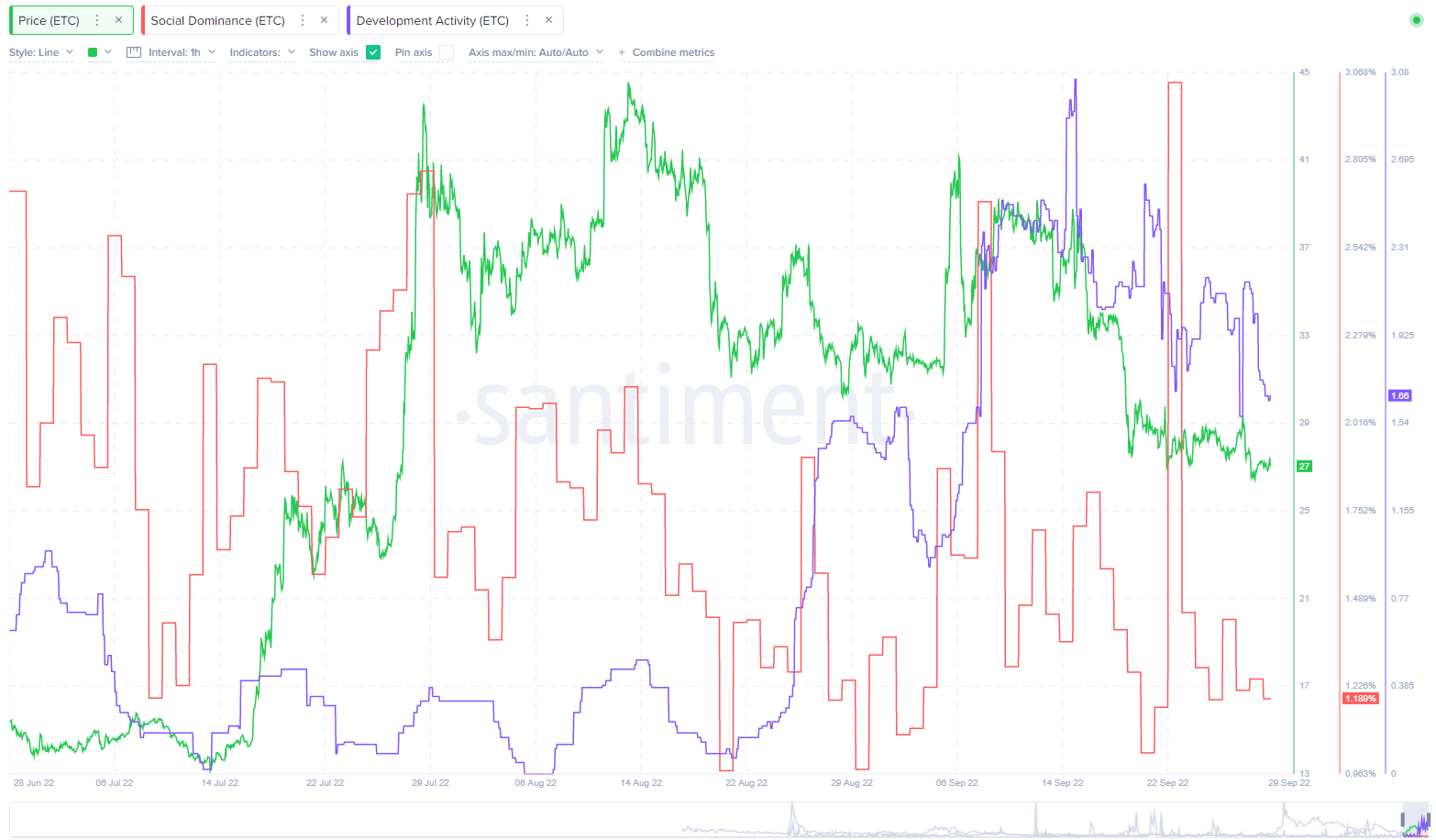 An encouraging fact for users of the network was that the development activity seen in late August continued with good strength. This showed that despite the price’s downturn, the GitHub repositories still saw significant activity.

Bitcoin stood right beneath the $19.6k resistance. In order to assume a bullish bias, BTC would need to climb above the $20.5k region and flip it to support. In the meantime, the downtrend of Bitcoin could see altcoins bleed as well. Ethereum Classic’s longer-term downtrend also favored short positions from a technical standpoint.

Before adding QNT to your portfolio, consider these metrics

What Bitcoin whales and Binance have in common should concern investors