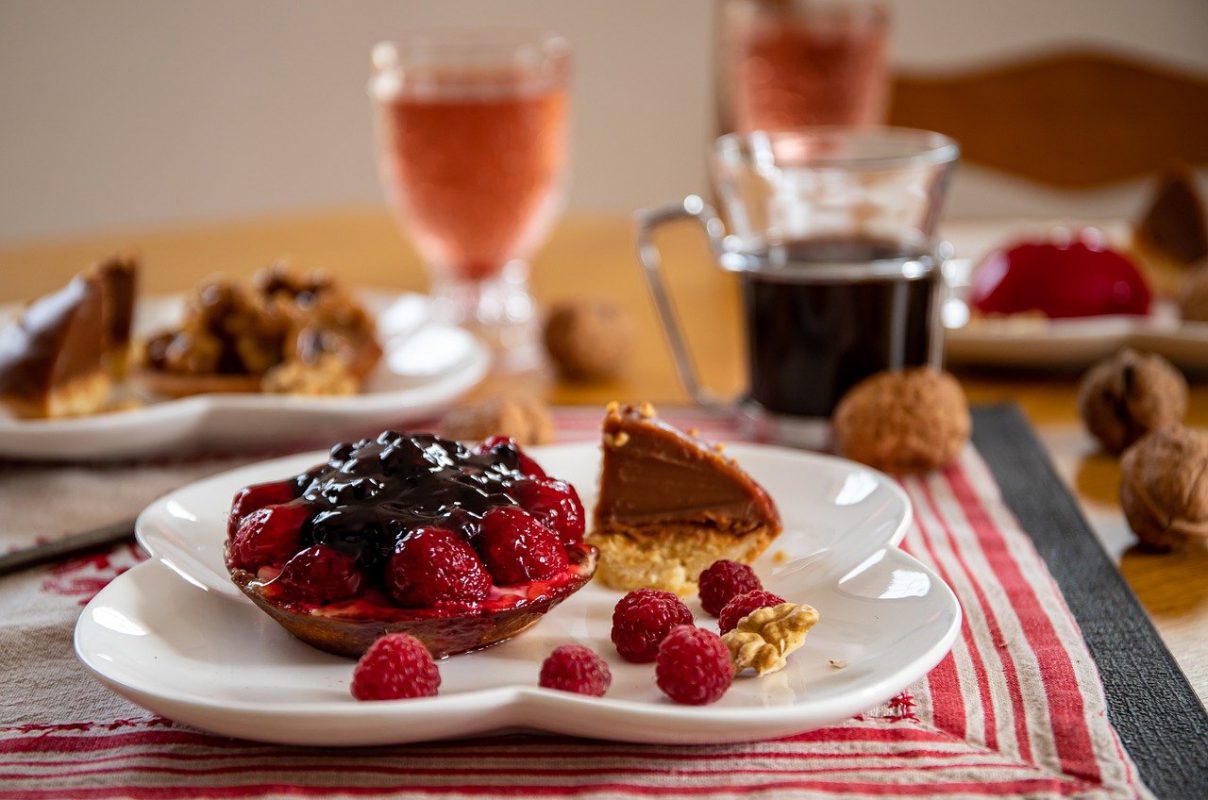 Ethereum was nearing the $2150 mark once more and could flip this level to support in the hours to come. Dogecoin showed neutral to slightly bullish momentum, and Waves retraced some of its recent, remarkable gains. 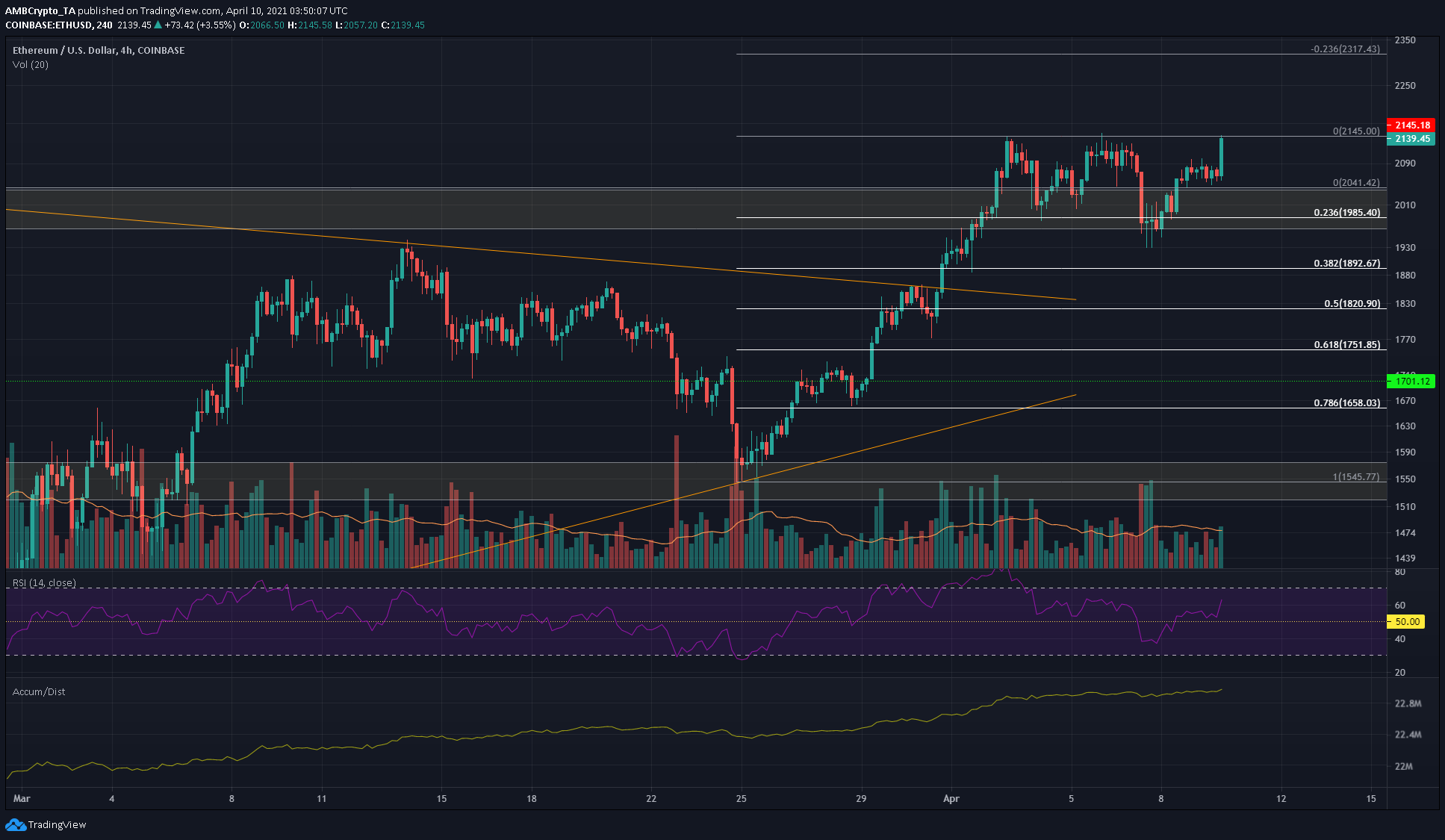 ETH was once more knocking on the doors of the $2150 resistance. The Accumulation/Distribution continued its uptrend to show accumulation, and a breakout upwards looks likely in the next few hours. The RSI also climbed back above neutral 50 to indicate a shift in momentum.

The symmetrical triangle in March (orange) has been broken out of, presenting a target of $2500. The Fibonacci extension level for the move up from $1590 in the past two weeks set a 23.6% extension level at $2317, making it a short-term take-profit level upon breakout. 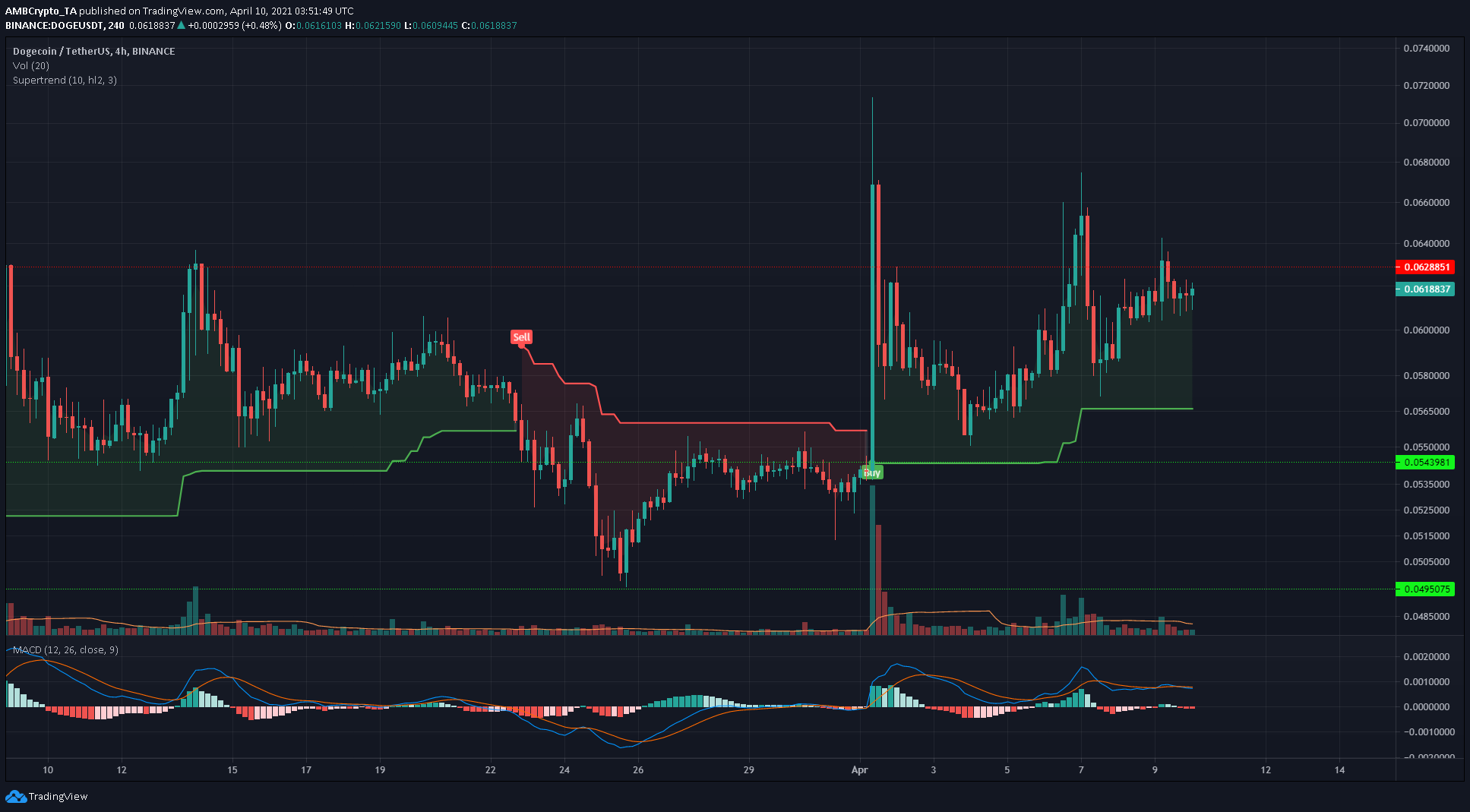 While the Supertrend indicator gave a buy signal for DOGE on the 4-hour charts, the MACD showed a lack of momentum in the past 24 hours. The resistance at $0.062 was not yet overcome, and trading volume was minimal in the past few sessions.

A drop to $0.056, or a tweet from a famous personality, could be a buying opportunity. DOGE could flip the $0.062 to support in the days to come, and that development would likely see DOGE continue its recent uptrend. 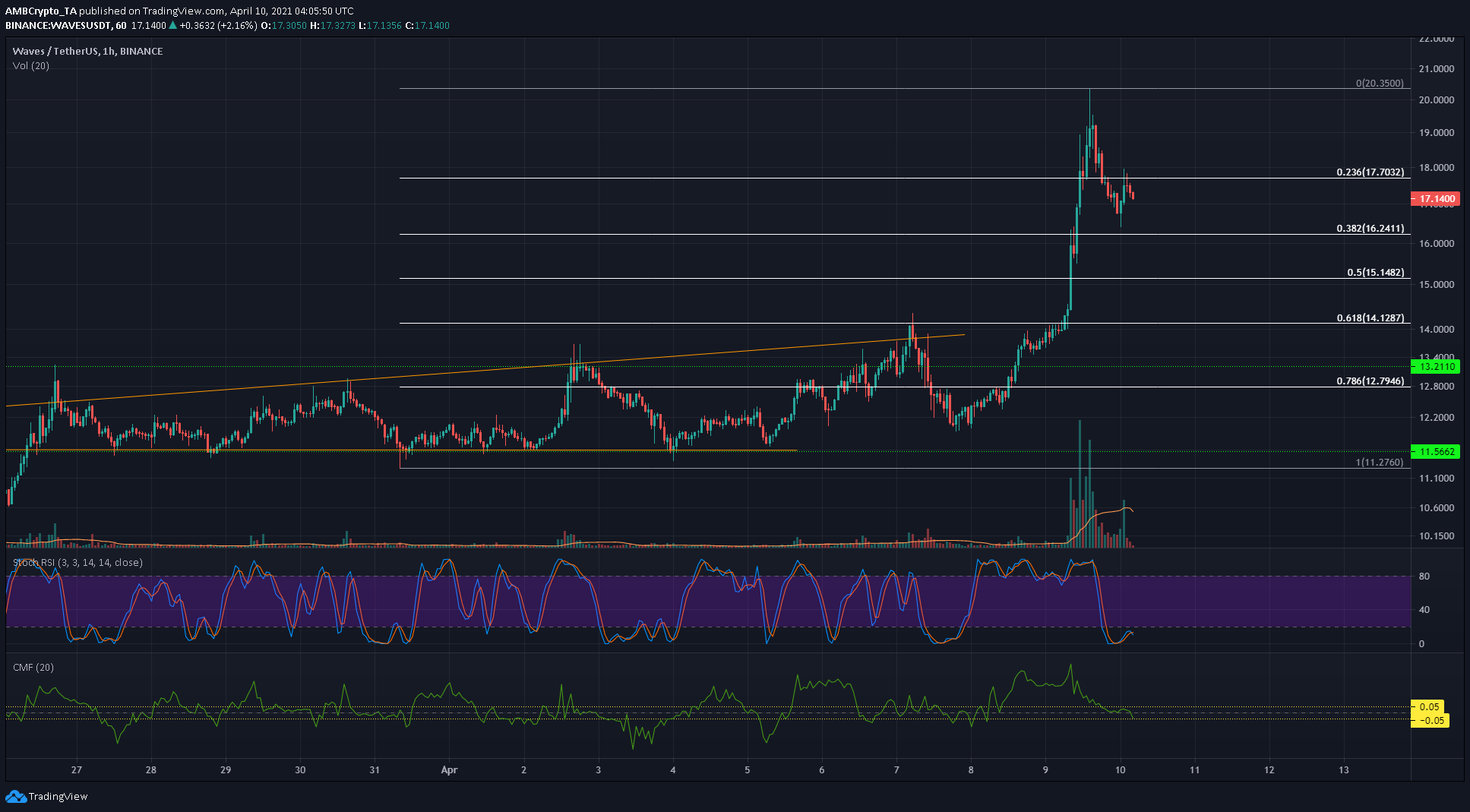 WAVES formed a right-angled, ascending broadening wedge (orange) a bit like a megaphone on the charts, and saw a strong move to reach as high as $20.35.

The Chaikin Money Flow was well above +0.05 on that move, the Stochastic RSI was in overbought territory for hours together but demand saw WAVES propelled higher.

A strong surge sometimes sees an asset pullback quite quickly, since support was not established on the way upward. Using the Fibonacci retracement tool, some levels of support are highlighted. The 38.2% and 50% retracement levels at $16.24 and $15.14 are probable areas of support in the next few days for WAVES.