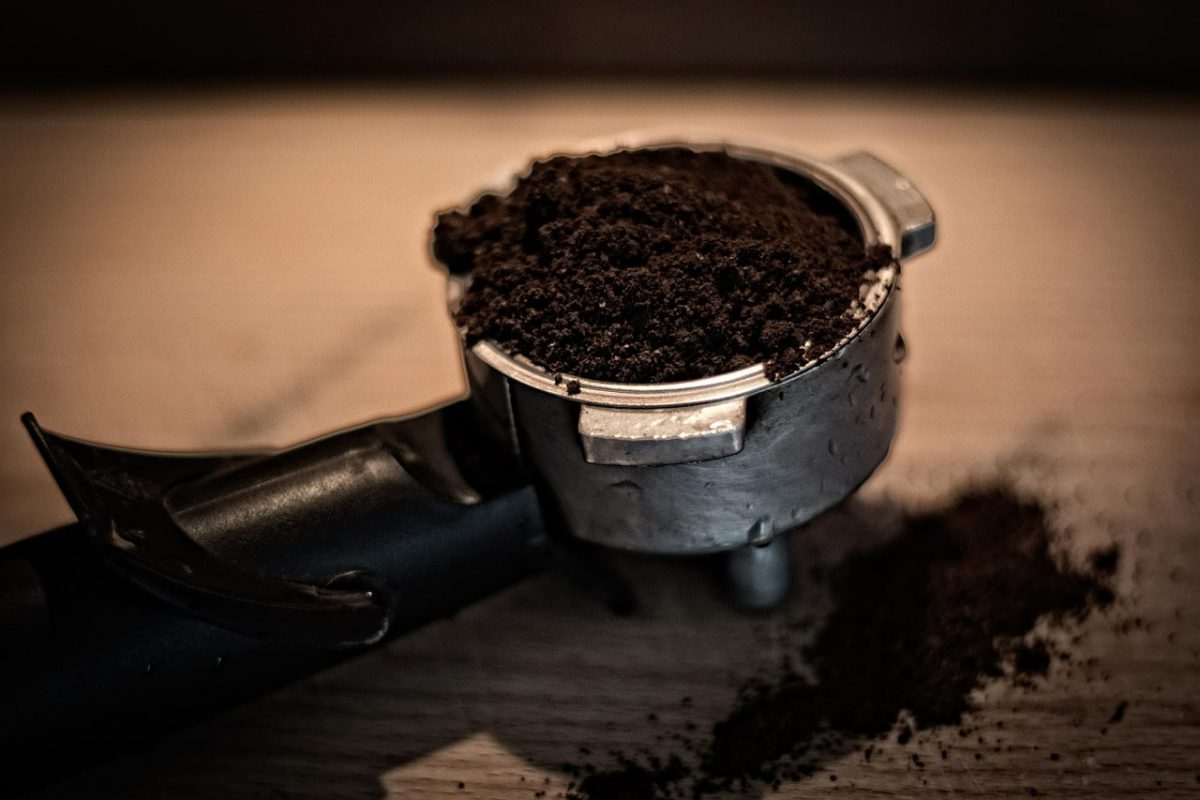 Ethereum bounced strongly off the $1550 region and could flip the $1700 to demand in the coming hours. XRP displayed neutral momentum in the markets but had strong support at $0.53, while Dogecoin saw buyers step in at $0.049 and could be headed back toward $0.062. 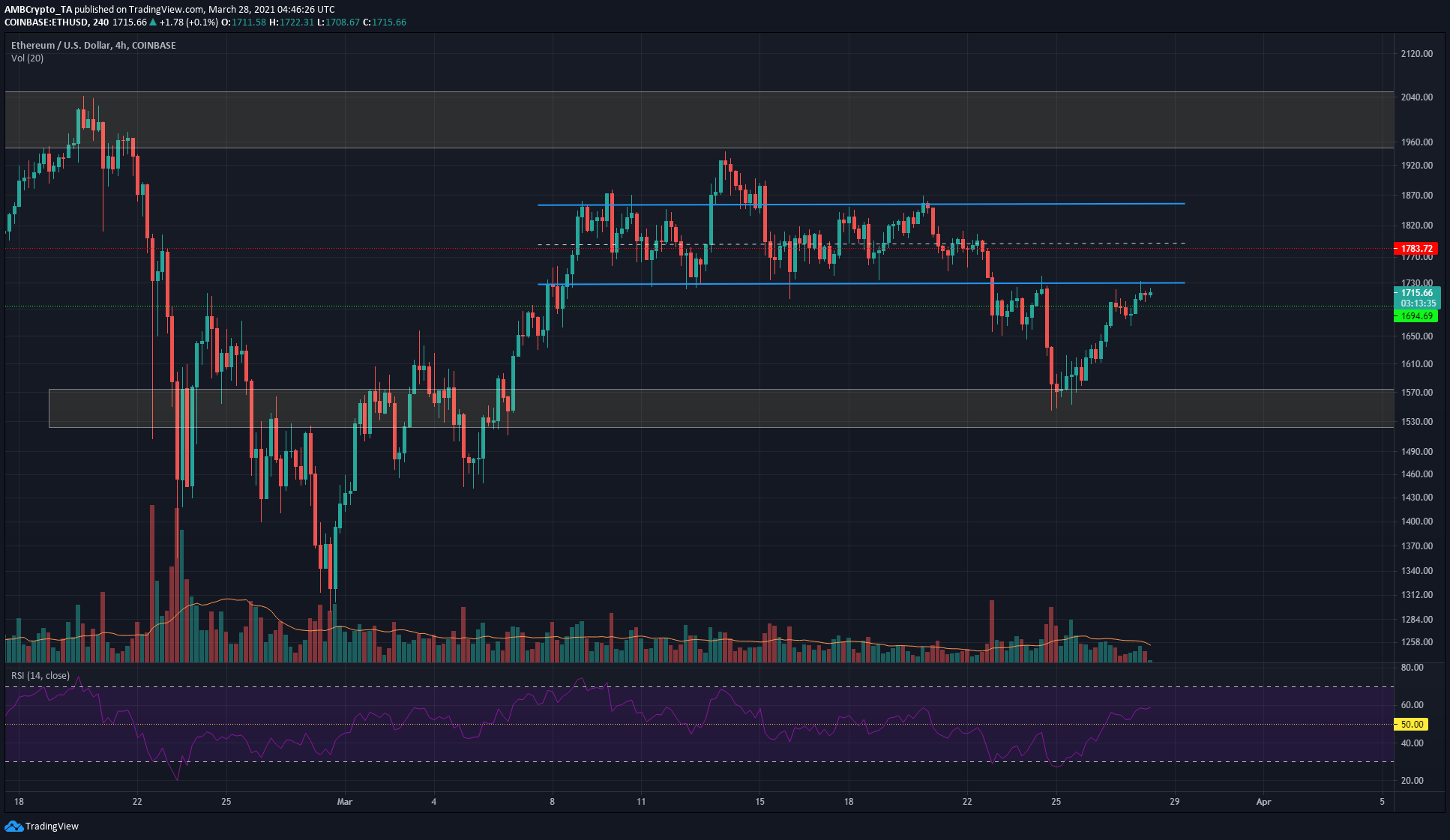 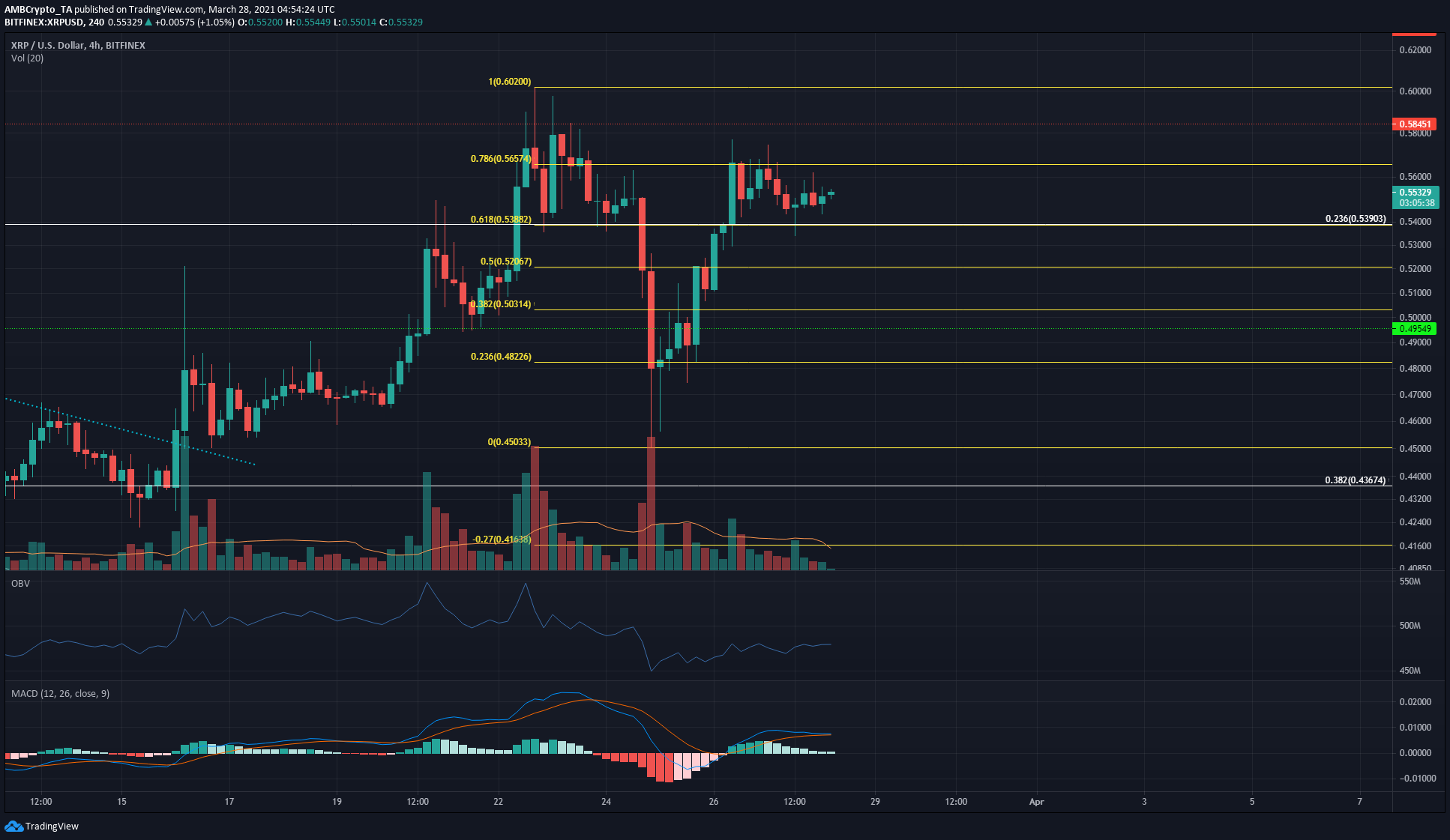 The confluence between Fibonacci retracement levels for different price moves marked the $0.53 level as an important support level. The shorter-term Fibonacci levels showed XRP had recovered well, and XRP has also climbed past the $0.52-$0.528 area.

OBV showed that there was a lack of buyers behind XRP; the drop from $0.58 to $0.48 had a greater selling volume than the buying volume that has pushed the price back to $0.55. MACD also showed that recent hours saw momentum grind to a halt.

This spelled uncertainty for XRP in the short-term. On a longer-term outlook, the recent drop was only a minor setback for XRP bulls, who effected a breakout from a descending channel and had a target of $0.63. 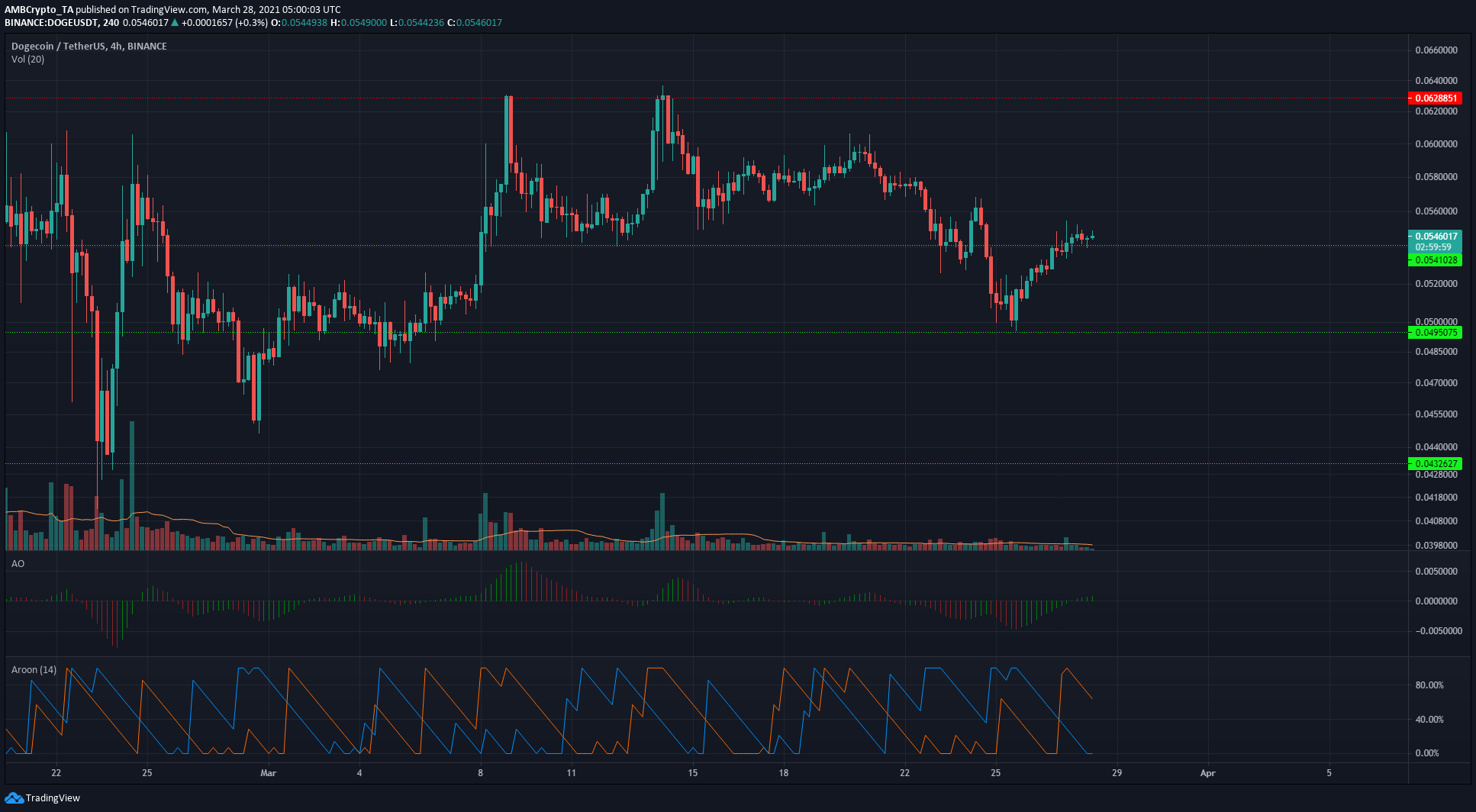 At the time of writing, Awesome Oscillator showed a shift in momentum to bullish as the histogram crossed over above the zero line. The Aroon indicator had seen a dominant Aroon down (blue) in recent days, but that has changed as well.

The trading volume was average at best and did not hint at an imminent major move.

Bitcoin newbies and pros: How these traders are viewing bitcoin