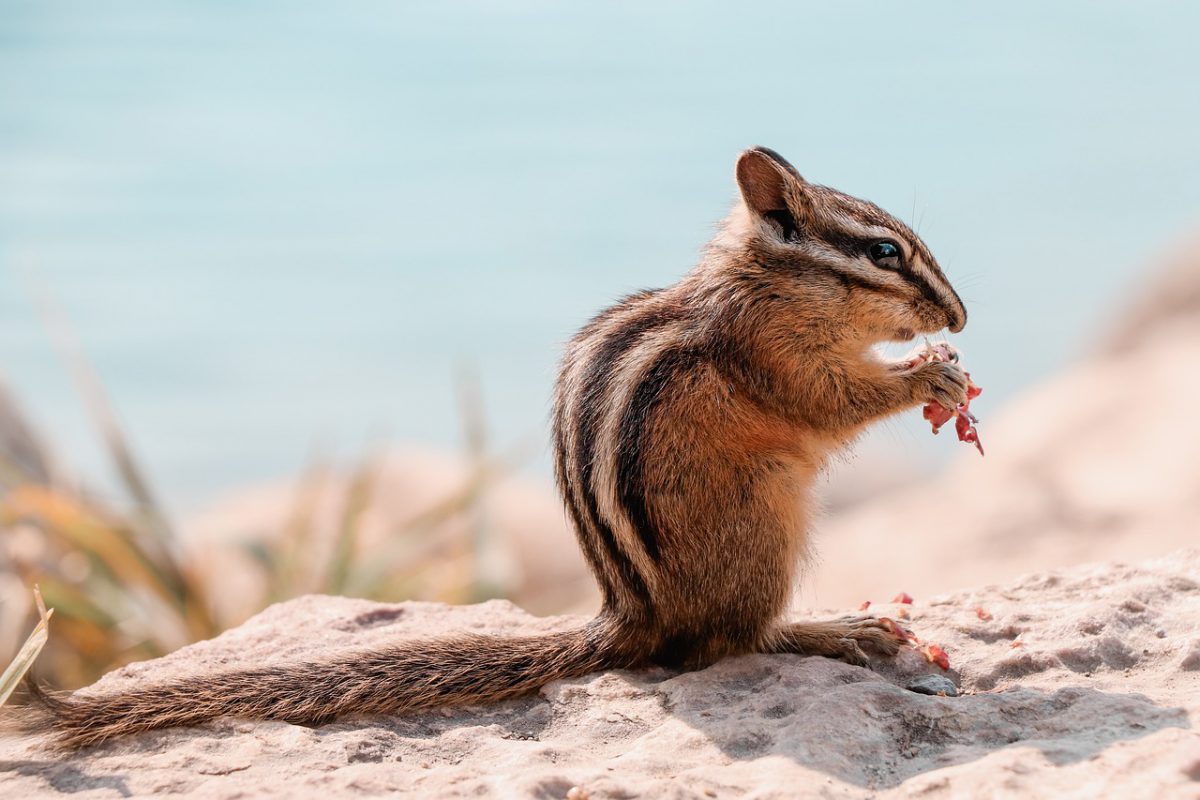 Ethereum surged past the $1450 level of resistance that held it back over the past few weeks and looked strongly bullish on the charts. Elrond regained some steam to push onward and climb higher while Dash sought to defend an important level of support from short-term selling pressure. 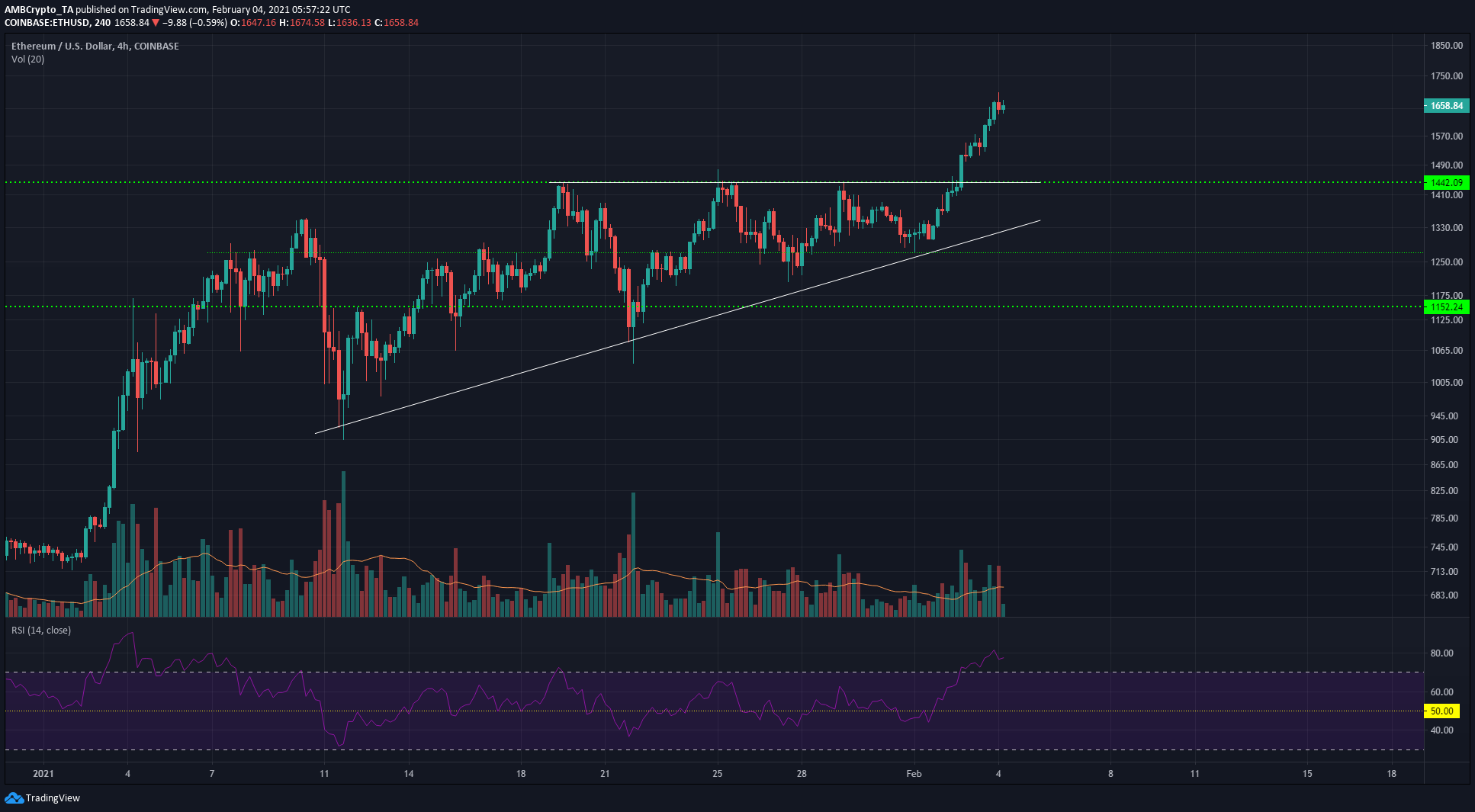 Ethereum broke out past the ascending triangle it had formed on the charts over the past three weeks. The funding rates for ETH futures on exchanges such as Binance and FTX were strongly positive and suggested that most of the market anticipated a breakout to the upside.

There are instances of overcrowded trades being forced to reverse, but at the time of writing, there was no evidence yet for a reversal. The RSI on the 4-hour chart showed it was overbought, but this was not likely to cause anything more than a minor dip.

The $1550-$1580 region can serve as support should ETH dip, and is likely to present a buying opportunity. 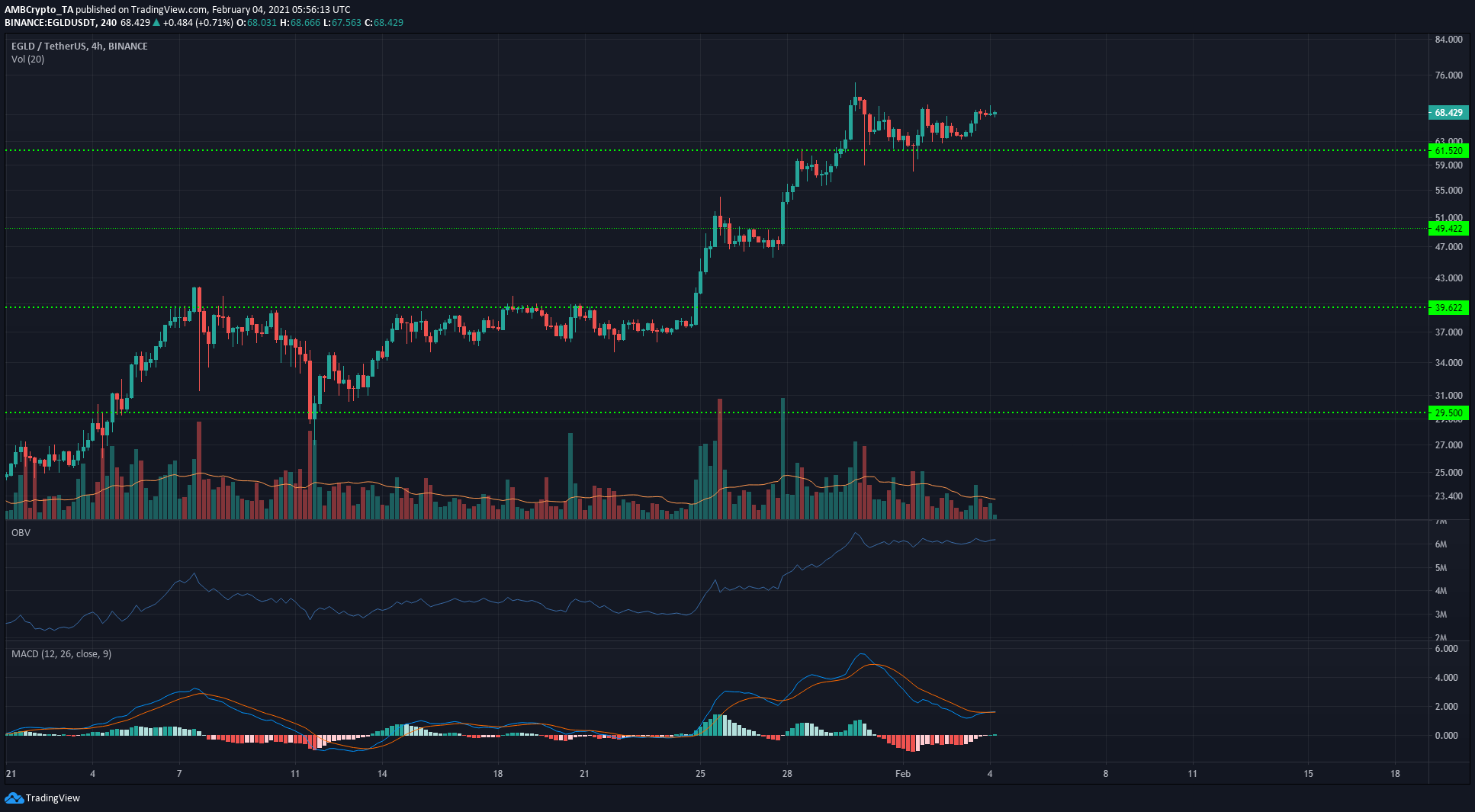 EGLD has made huge gains over the past month. A breakout past the $40 level nearly 10 days ago saw EGLD surge onward, with the $49.4 and $61.5 levels offering some resistance, but subsequently have been flipped to levels of support.

The OBV continued to zoom upward to indicate the strong buying volume behind EGLD’s gains. This buyer interest legitimizes the price rally. The MACD had shown signs of some exhaustion, and the past few days of sideways trading gave it some room to breathe and reset.

The outlook for EGLD in the short to medium timeframes is bullish, and its ATH of $74.3 is likely to be tested soon. 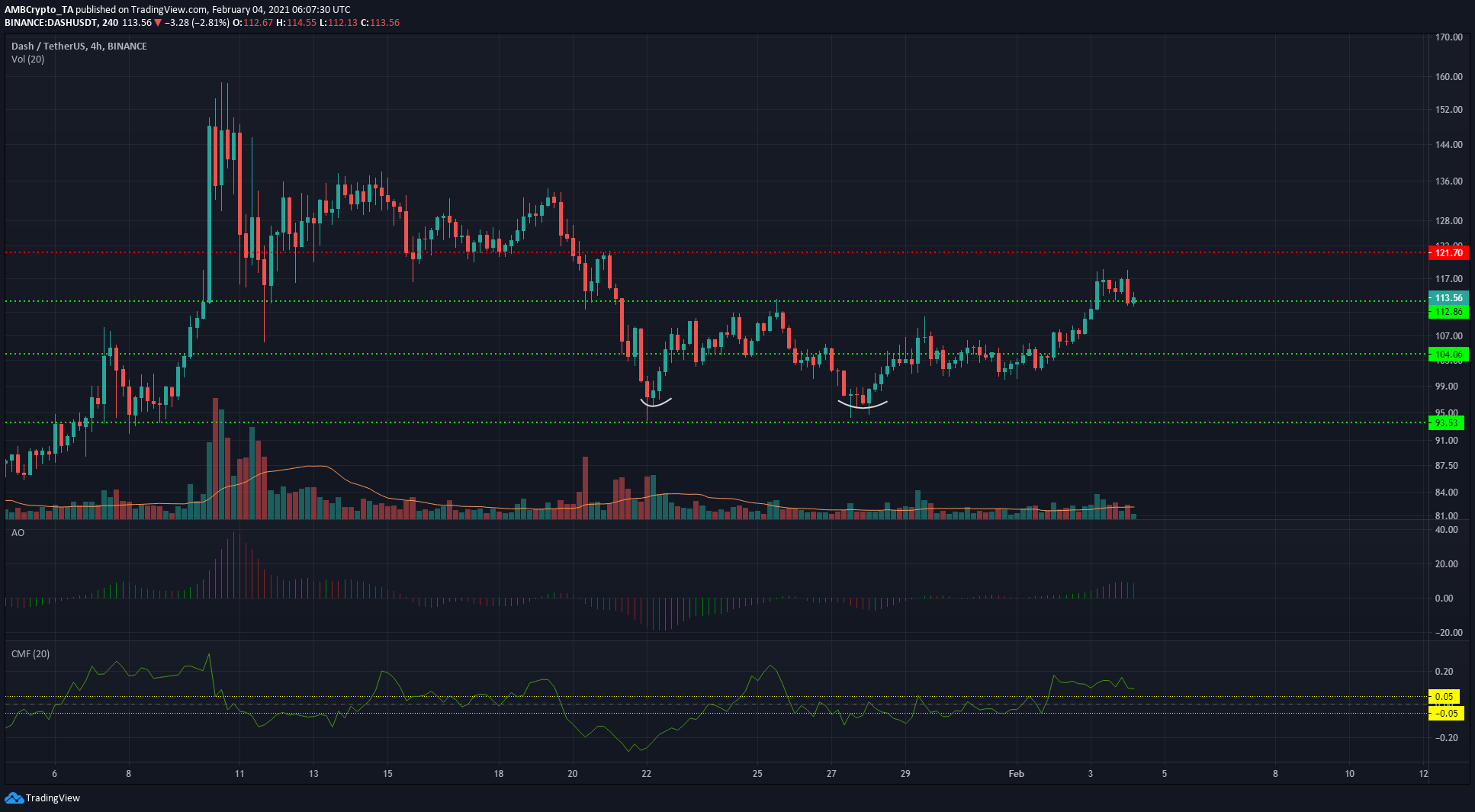 DASH formed a double bottom in the $95 region over the past two weeks and has rallied above $100 since to trade at $113 at the time of writing.

The $113 level of support is important for bulls to defend- moving back beneath this level would give bears the impetus to push the prices toward $100 once more. A retest of $113 as support and a move upward over the next few trading sessions, if it materializes, would be bullish for DASH.

This scenario would see DASH test $121 as resistance.

The Awesome Oscillator showed bullish momentum behind DASH, while the Chaikin Money Flow indicated net capital flow into the markets. Taken together with the price action, further gains appear likely.

Chainlink: Should the LINK marines be worried about these indicators