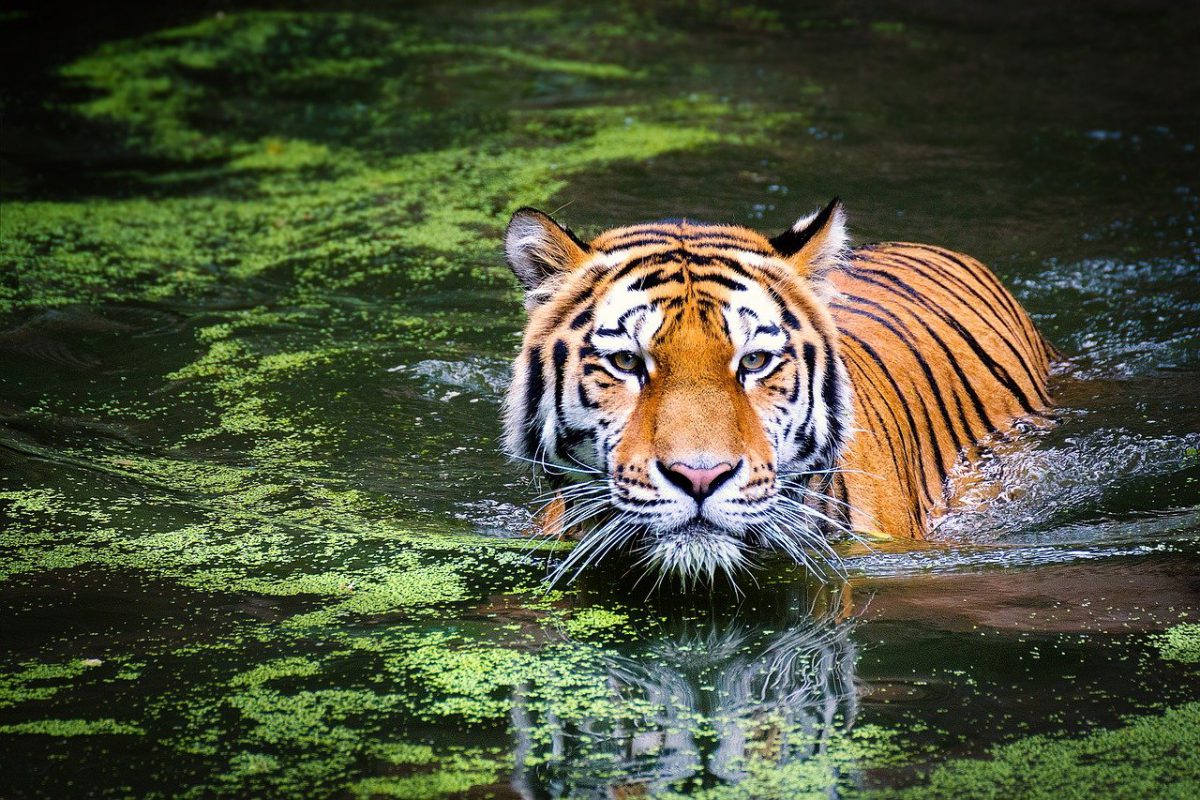 Ethereum defended the $1150 level of support on its recent dip and looked likely to head further higher as it gathered steam for its next move. EOS formed a descending triangle in a shorter timeframe and could see a breakout to retest the $3.35 level of resistance. Dogecoin was in a phase of consolidation after posting gains of nearly 130% over the past ten days. 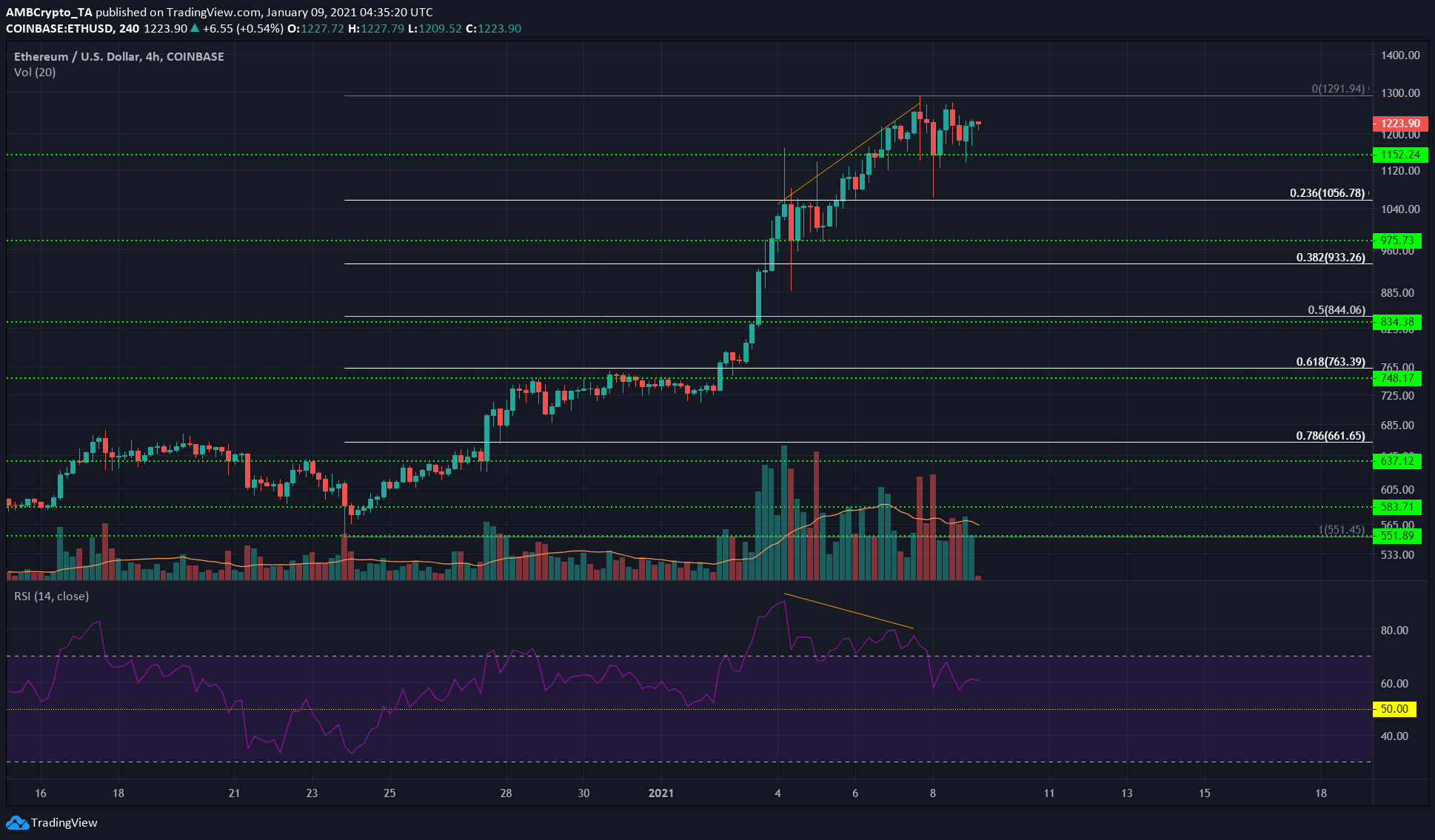 The bearish divergence between price and momentum (RSI) saw ETH test the level of support at $1150 but a trading session on the 4-hour chart did not close beneath this level.

This was a bullish development. Trading volume has been significant, and a few more sessions of sideways movement between $1150 and $1250 are likely before a breakout for ETH to the upside.

A recent report highlighted surging open interest in Ethereum futures. Ethereum is leaving spot exchanges. The scarcity-of-Ether narrative is building and the price could react bullishly over the next few days. 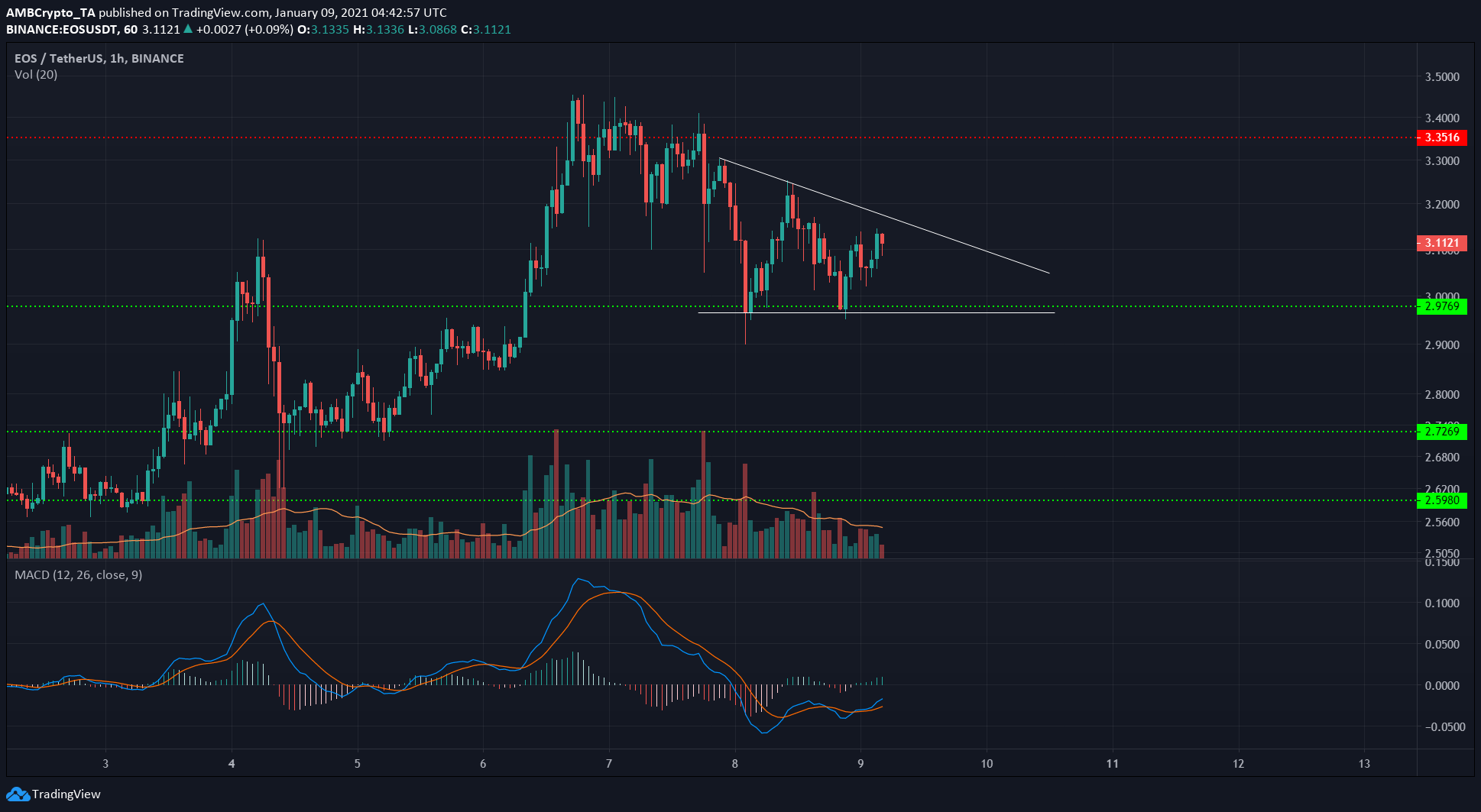 On the 1-hour timeframe, EOS formed a descending triangle pattern. This pattern generally sees the price breakout to the upside. The MACD was in the bearish territory but had formed a bullish crossover.

A close outside this pattern on good trading volume would indicate the direction of the next move for EOS.

Given the bullish nature of ETH and BTC, it is likely that the $3 level will be defended over the coming days and $3.35 may be retested once more by EOS. 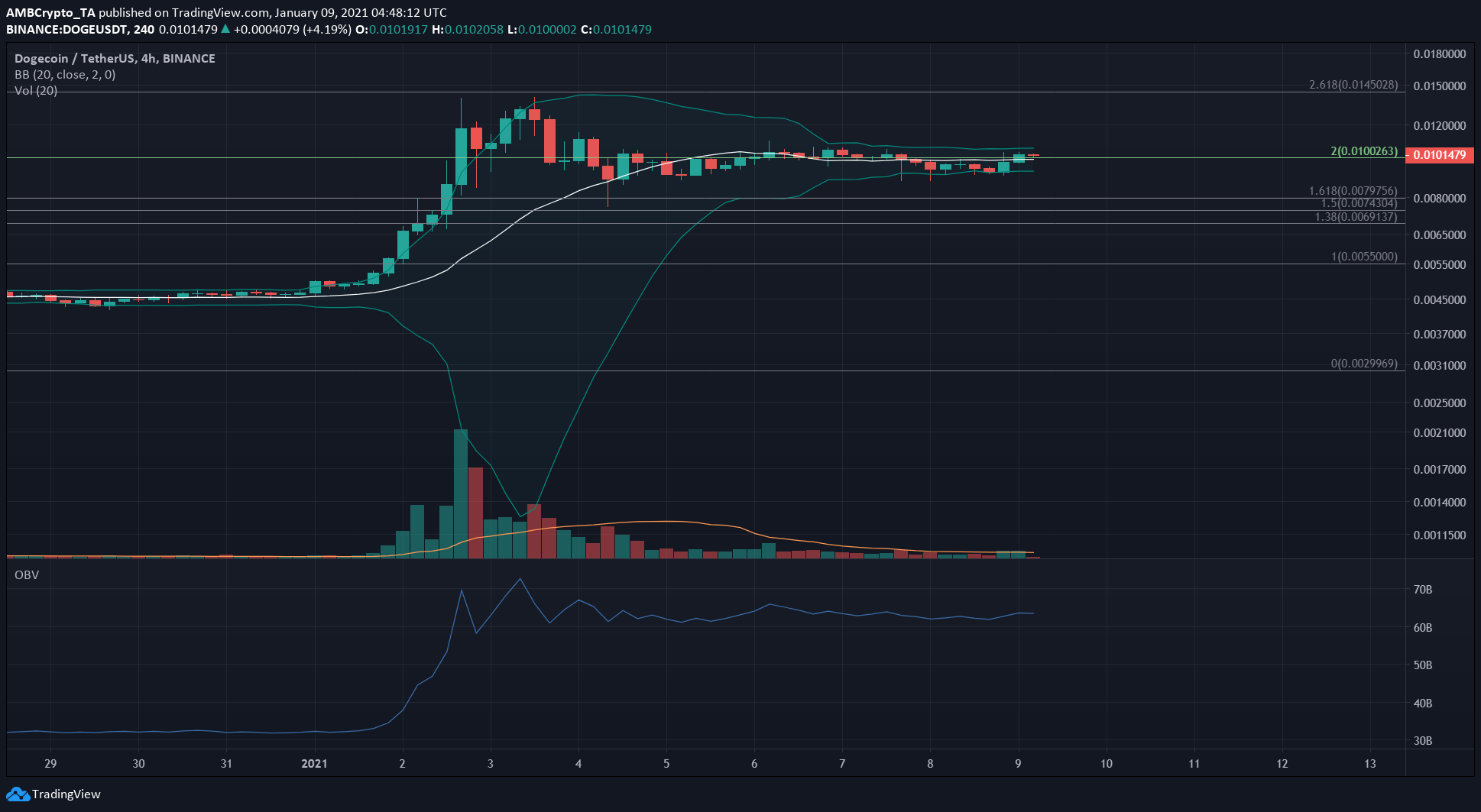 The Bollinger Bands tightened around the price to suggest lowered volatility after DOGE’s massive upside breakout from $0.0045.

The OBV was steady while the trading volume also fell dramatically. Both these factors pointed toward a consolidation phase for DOGE.

The previous rally for DOGE from $0.003 to $0.0045 was followed by ten days of sideways movement, and a similar scenario could develop over the next week or two for DOGE.