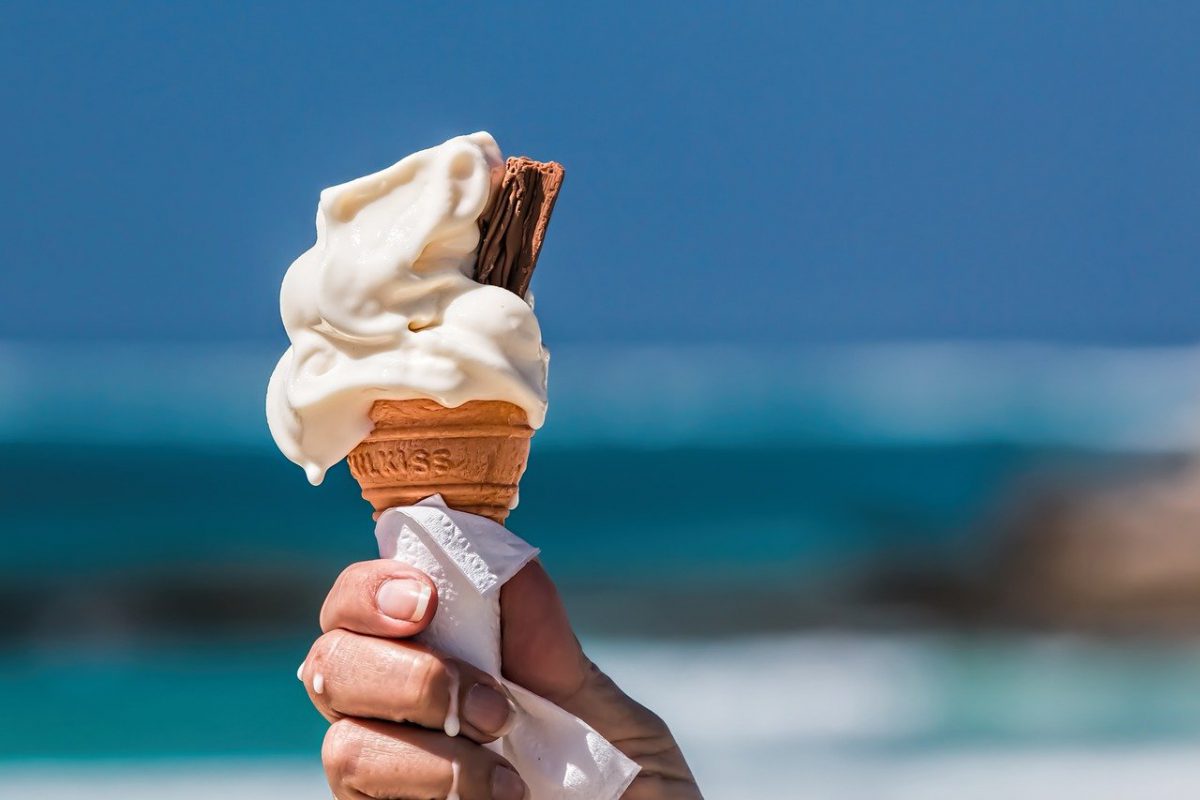 Ethereum headed lower to a level of support at $1150, and if bulls are unable to defend this level, ETH could be headed to the $1000 region. Monero has been slipping lower on the charts over the past week, while DigiByte formed a descending triangle pattern and was poised for a breakout. 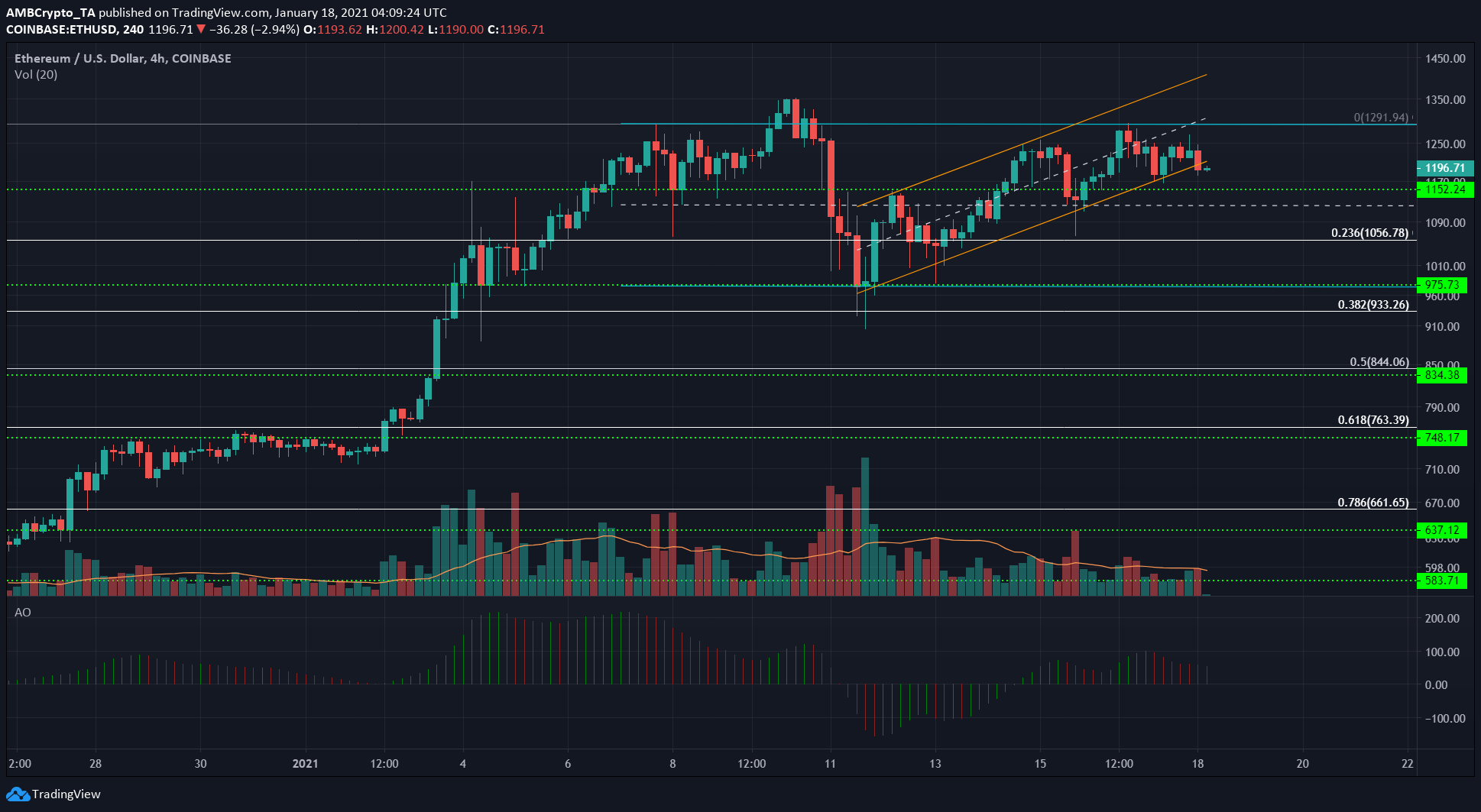 ETH was trading within a range (cyan) from $975 to $1290. Within this range, it had formed an ascending channel (orange) over the past few days but faced resistance from the $1290 level and was unable to climb above it.

Losing the $1150 level to the bears will add strength to bearish pressure and could see ETH test the $1000 region as support. 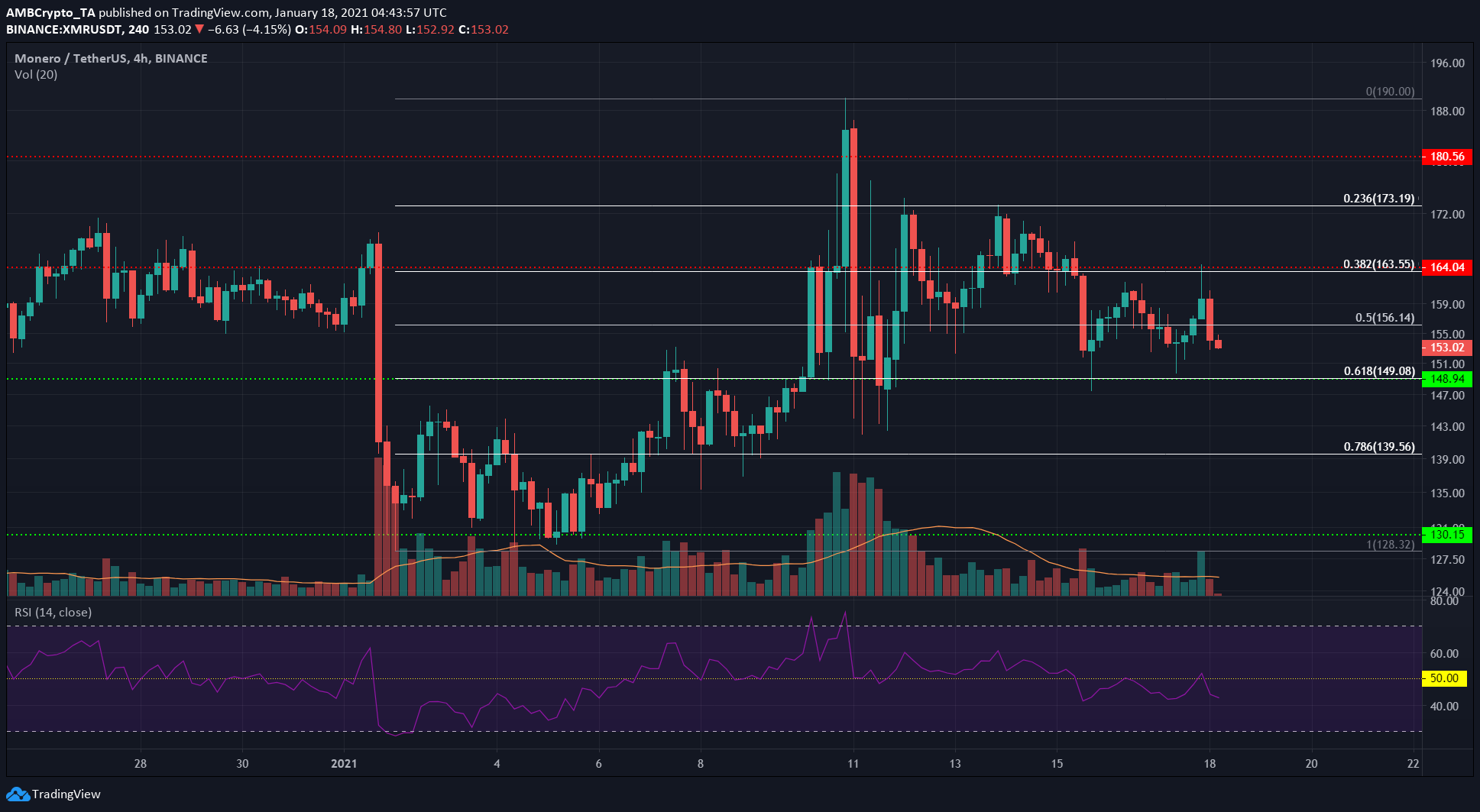 Using the Fibonacci Retracement tool for XMR’s move up from $128 to $190, some levels of retracement are highlighted. Over the past few days, the 61.8% retracement level at $149, which coincides with a historic level of support, has been tested twice.

The price has been slowly sliding downward, and at the time of writing, it was below the 50% retracement level. The RSI slipped beneath the neutral 50 value and indicated that momentum was bearish in the short-term. 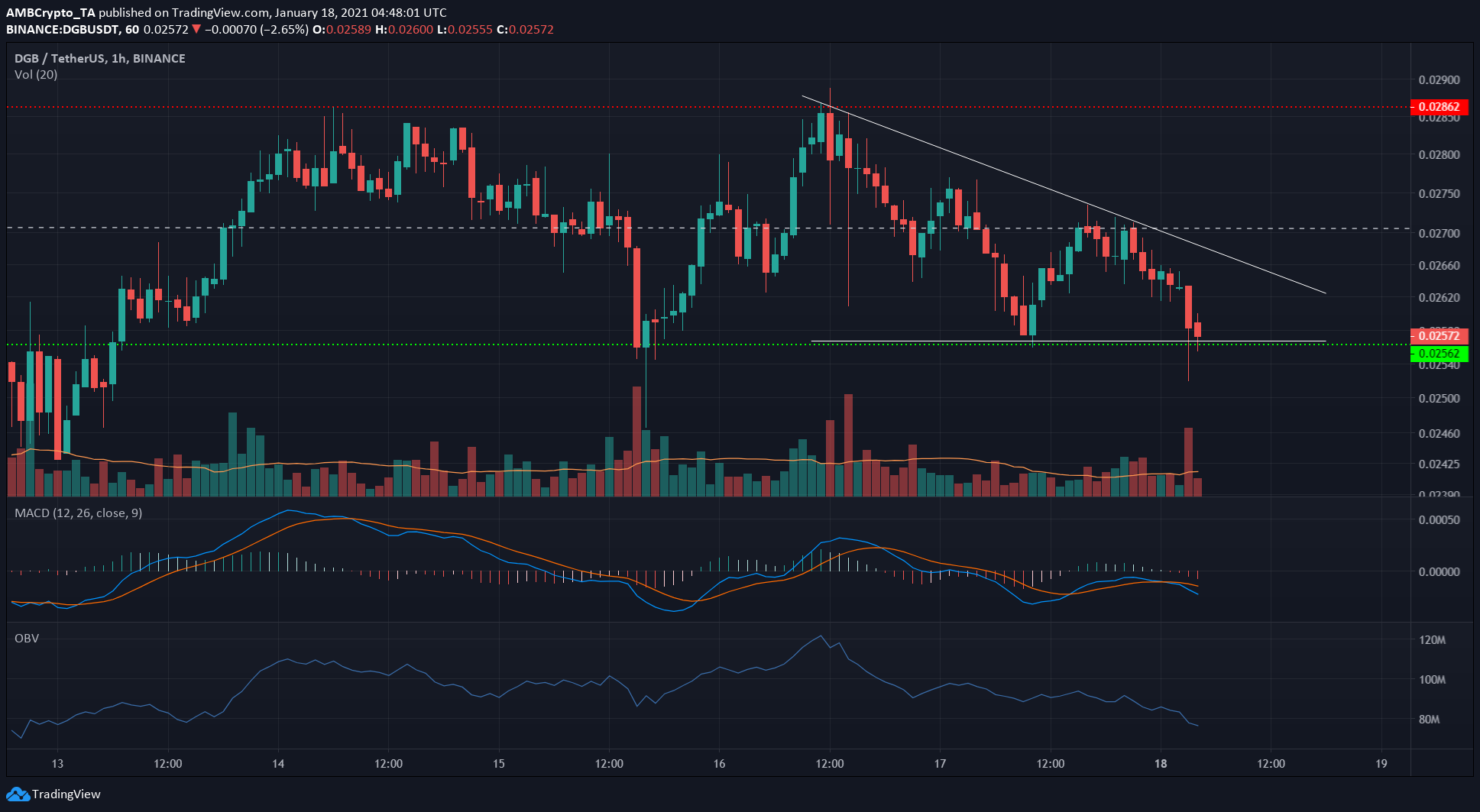 The MACD formed a bearish crossover and was moving beneath the zero line to give a strong sell signal. The OBV noted rising selling volume over the past couple of days.

The longer timeframes show that DGB is trading within a range from $0.022 and $0.028, marking these levels as strong regions of demand and supply.

Cryptocurrency CFD Trading with Avatrade; All you need to Know