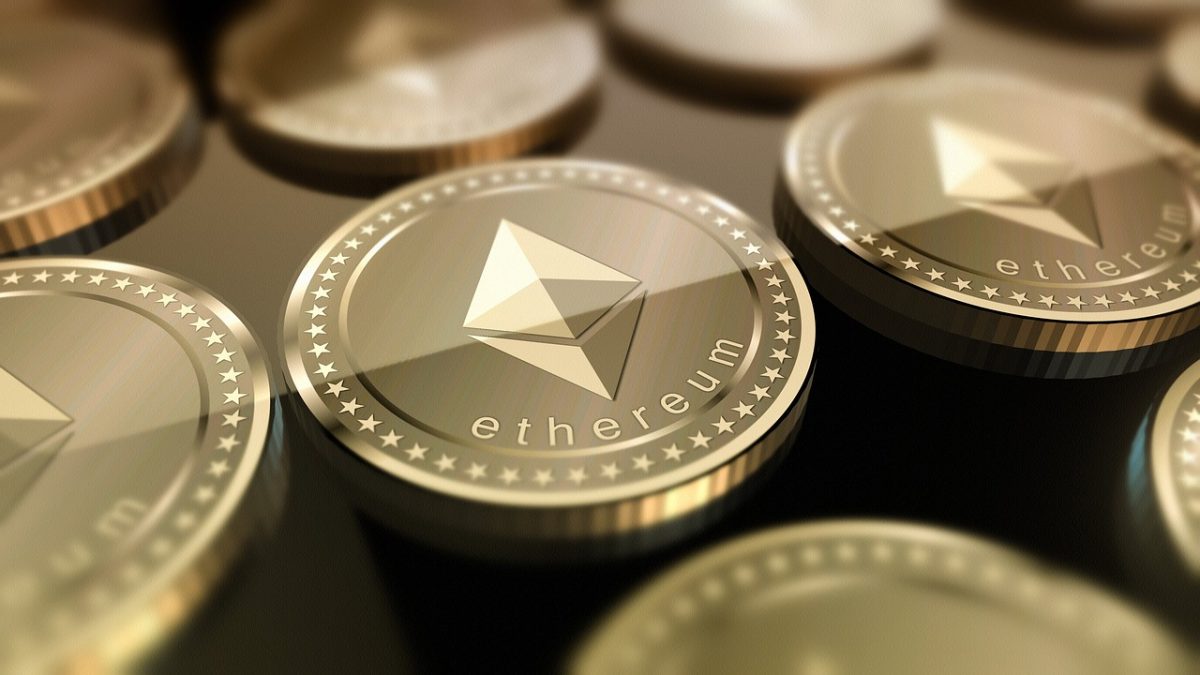 As we close in on the Merge, Ethereum is facing a crucial junction on its course. The Merge preparations are doing very well on the network as the ETH 2.0 deposit contracts continue to register new all-time highs (ATHs).

Meanwhile, stablecoin activity on Ethereum has been increasing according to a recent tweet by analytic firm Santiment. 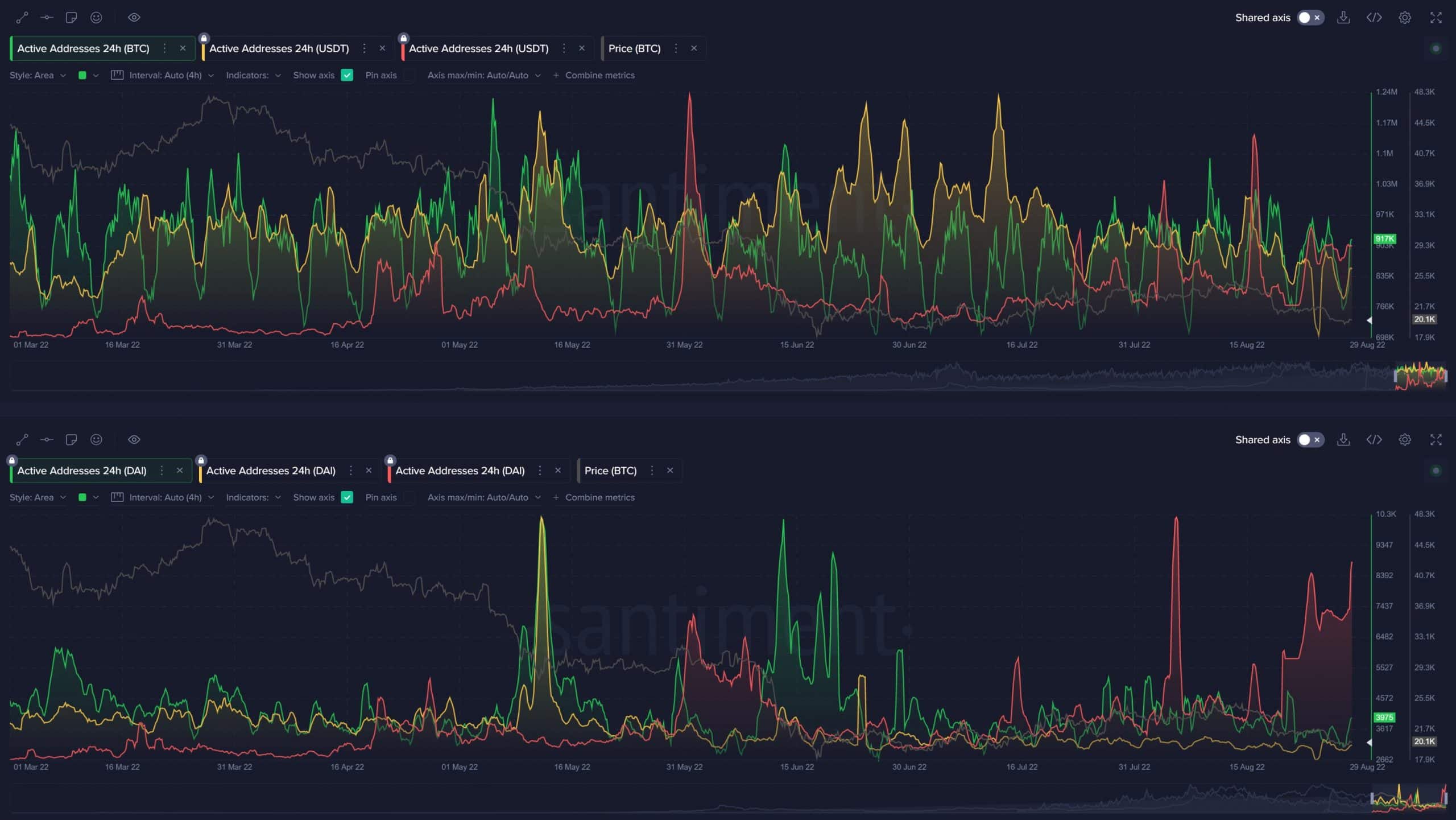 In a recent tweet, analyst Ali Martinez claimed that Ethereum holdings have massively increased among ETH whales. He stated that addresses holdings between 1000 – 10000 ETH have added more than 320,000 ETH to their holdings in the past month.

This lot is worth over $416 million and represents increasing investors’ confidence in the Merge. It also shows that falling prices in the past weeks have provided a strong buying opportunity for stacking right now.

The last time Ethereum saw such low daily new addresses were just below 50,000 back in March 2020.

Historically speaking, a decline in new address creation on Ethereum tends to a “steep price correction” over time. 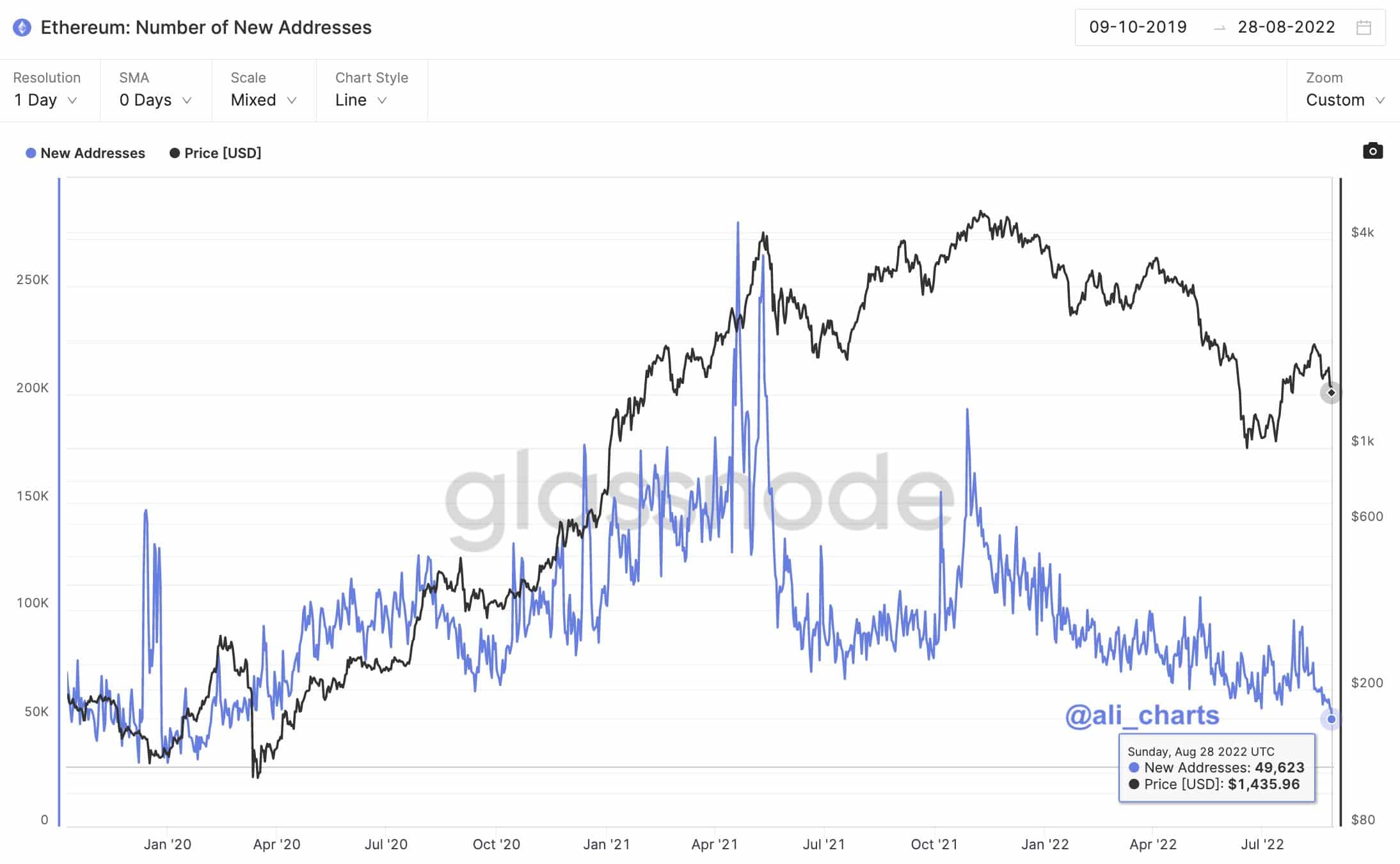 Martinez also pointed out two crucial supply zones according to on-chain data. He picked out $1,475 as the first zone where over 585k addresses bought 2.81 million ETH.

According to him, the only “considerable support level is $1,335 where 412k addresses have purchased 2.2 million ETH.”

Trading at $1,571, at press time, ETH has seen a sudden recovery in the past day as markets saw some respite.

In the past 24 hours alone, Ethereum has increased by over 8% according to CoinMarketCap. Surely, the anticipation surrounding the Merge is adding to the price hikes on Ethereum.

Related Topics:ETHEthereumEthereum 2.0The Merge
Up Next

Cardano traders should celebrate as ADA ranks over BTC, SOL in…