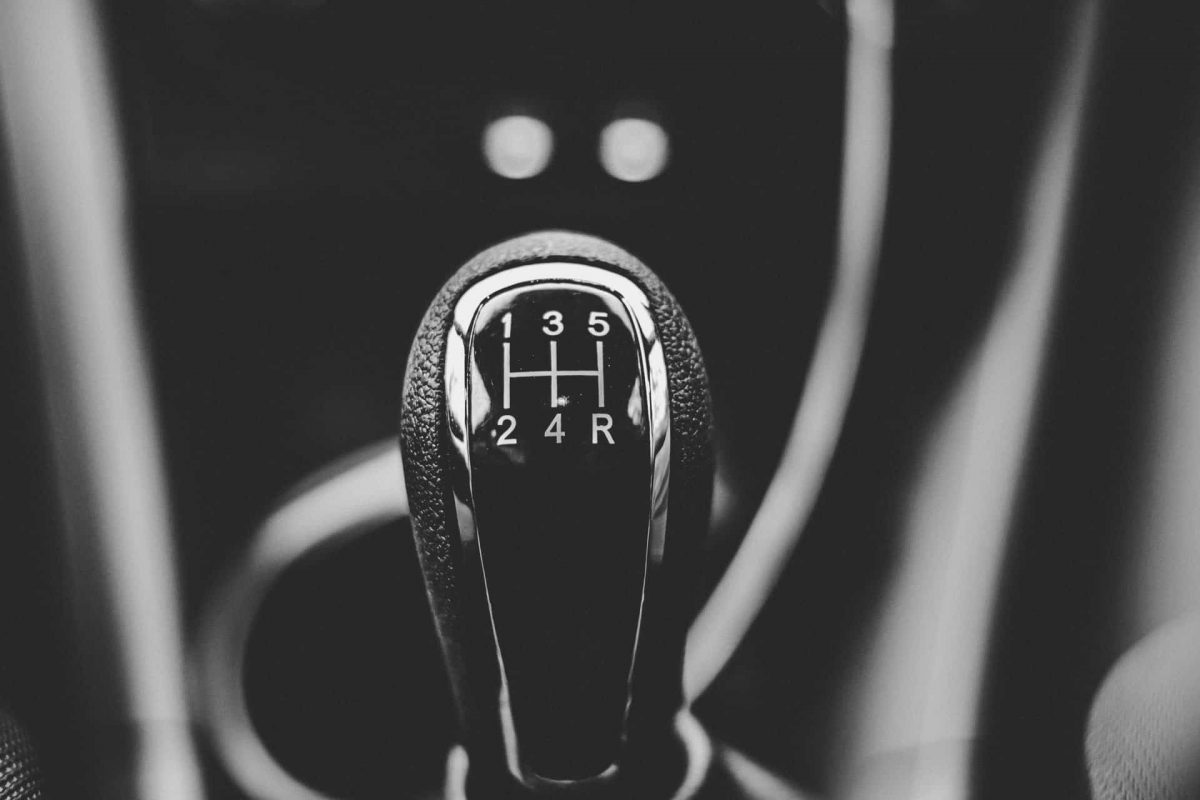 People have been feeling the heat of falling prices throughout 2022. Even after the recent rebound, exchange balances have been rising while the top non-exchange balance continues to decrease.

It is no secret that crypto prices have dropped ridiculously over the first half of 2022.

Like other cryptocurrencies, ETH is seeing a rise in supply held on exchanges. According to the analytic firm Santiment, traders have been actively dumping their holdings on to large exchanges during the 2022 slide.

The update by Santiment also pointed to the ratio of non-exchange vs. exchange top addresses which closed down to one-year lows. 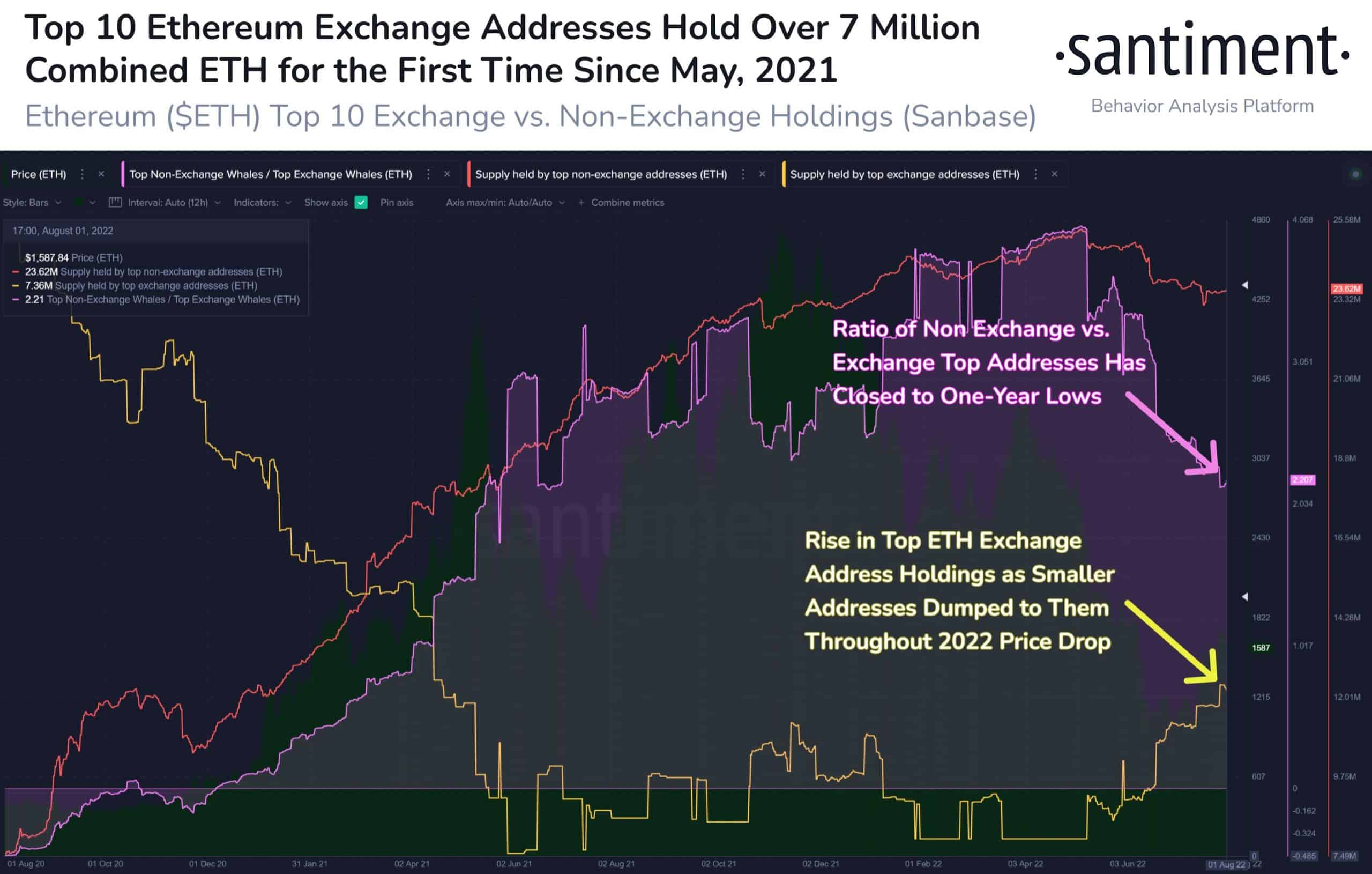 However, there has been a shift in sentiment lately as exchange inflows are beginning to show a positive sign. 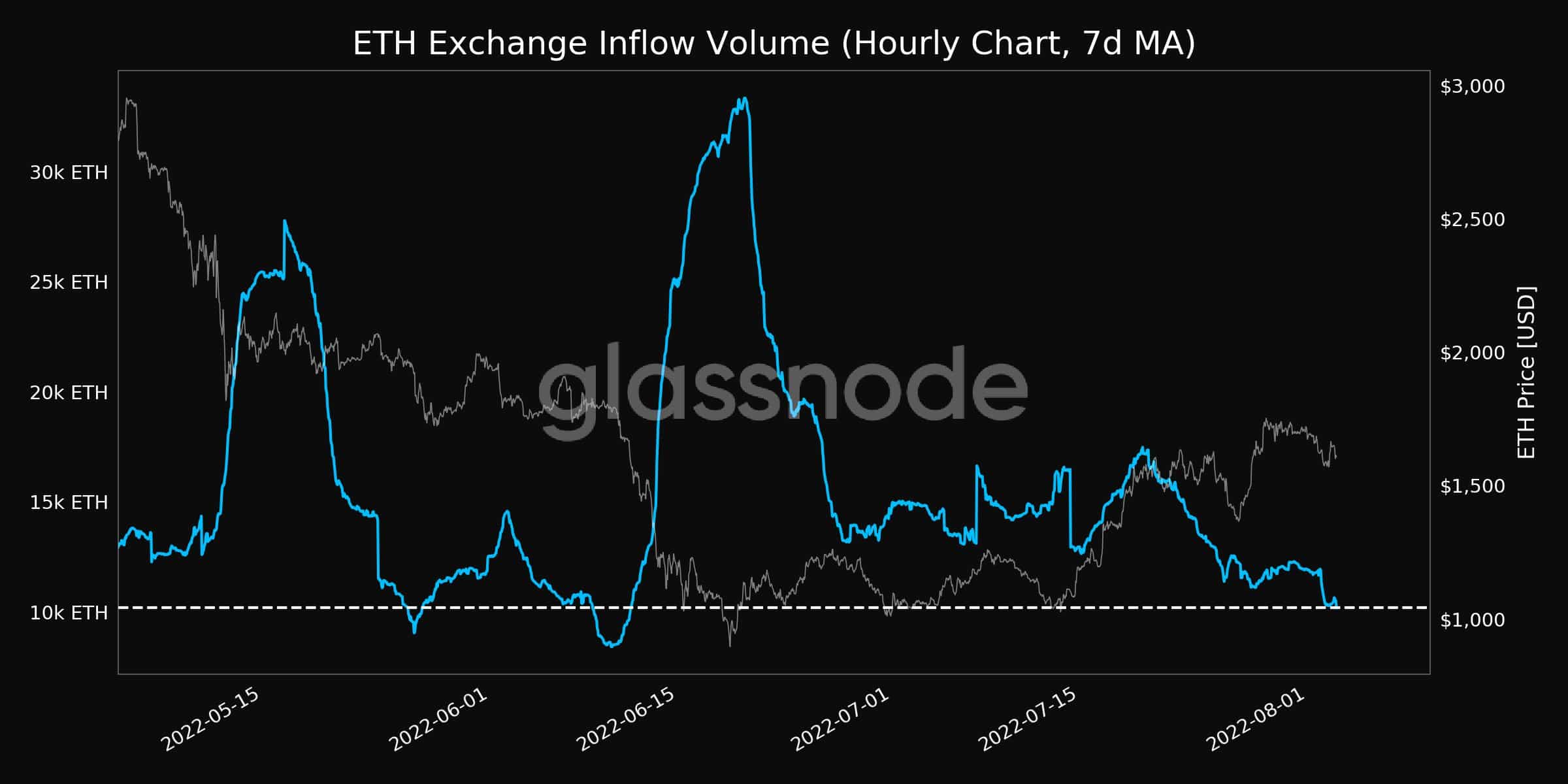 The shifting market trends are begging to show side-effects on other metrics as well.

Another Santiment update claimed that Ethereum’s transaction fees have remained “ultra-low.” This comes after the dramatic price jump since mid-June.

It goes to show that despite price increases investors’ faith in ETH hasn’t been very strong. However, Ethereum’s average fees can be expected to shoot off until a “fair degree of FOMO” kicks in from the crowd. 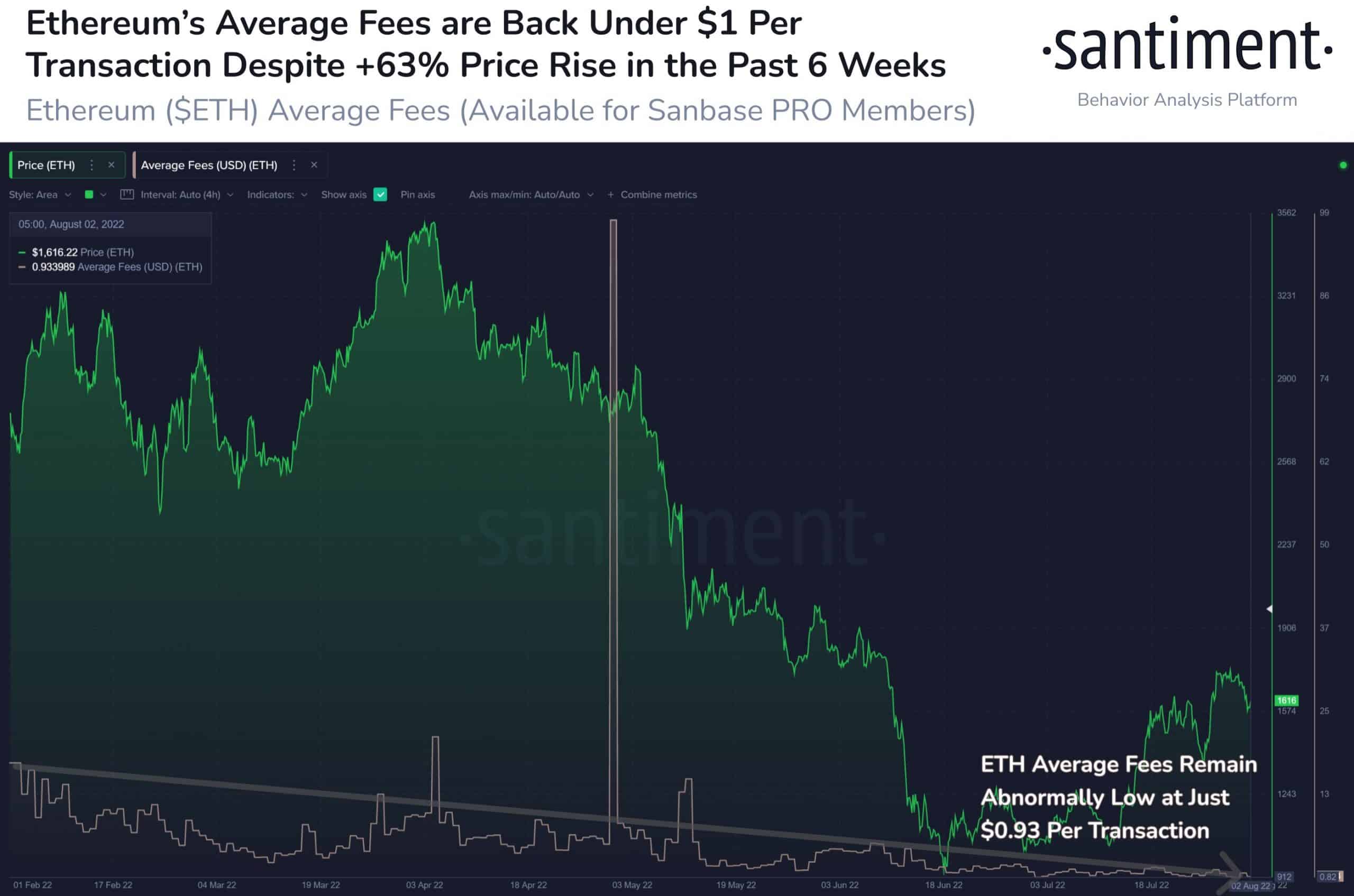 Another metric that has shown a significant change in the past days is the NVT ratio. According to Glassnode, the NVT Ratio (7d MA) reached a 1-month high of 2,677.2 on 3 August.

This comes on the back of recent improvements in the price. 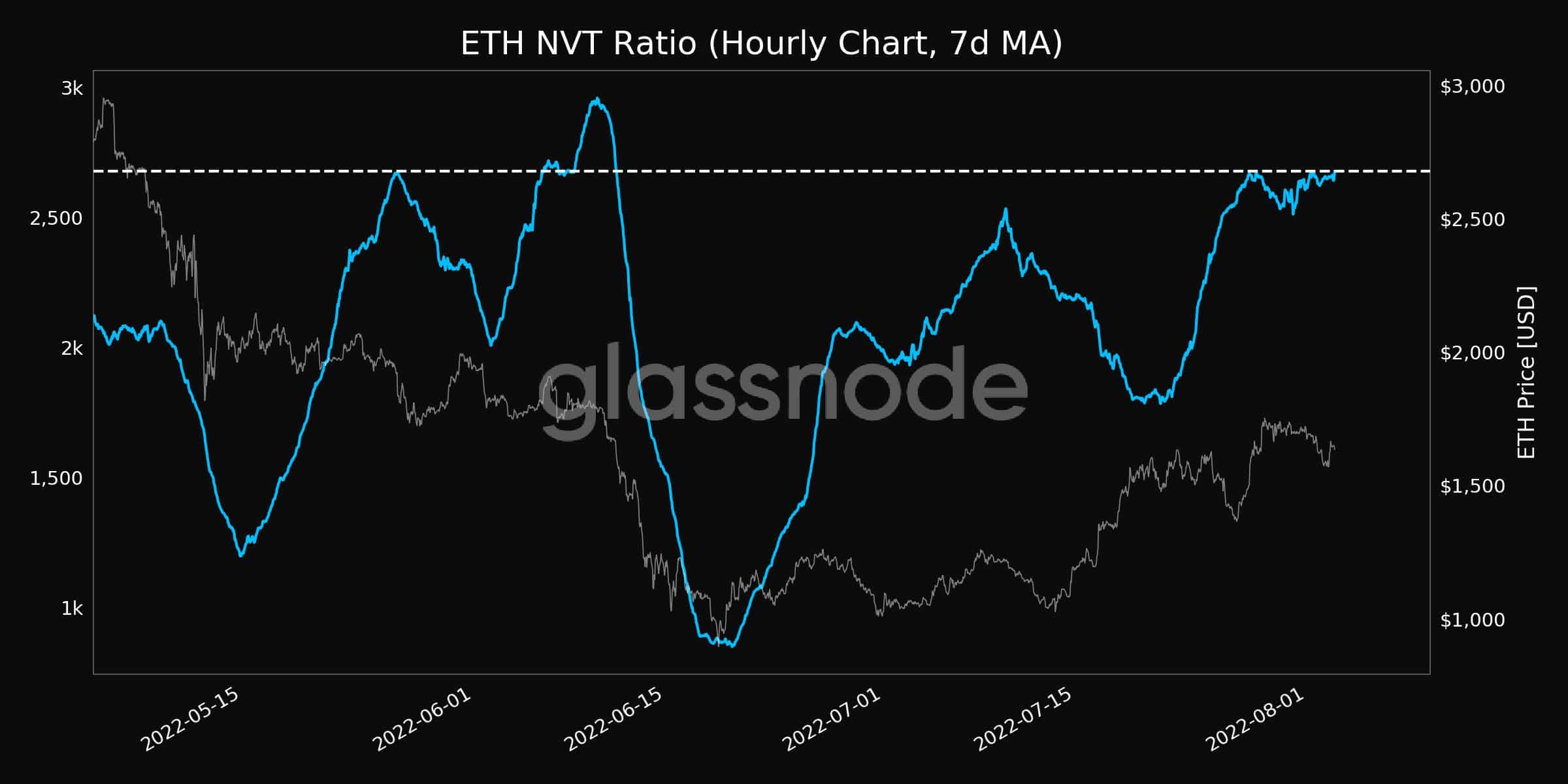 The latest upturn is a welcoming boost for the Ethereum community as they head toward the Merge in September.

Ether has also shown rapid growth in July which has followed its way into August. At press time, ETH was trading at $1,654 after being pushed 5.07% in the past day according to CoinMarketCap.