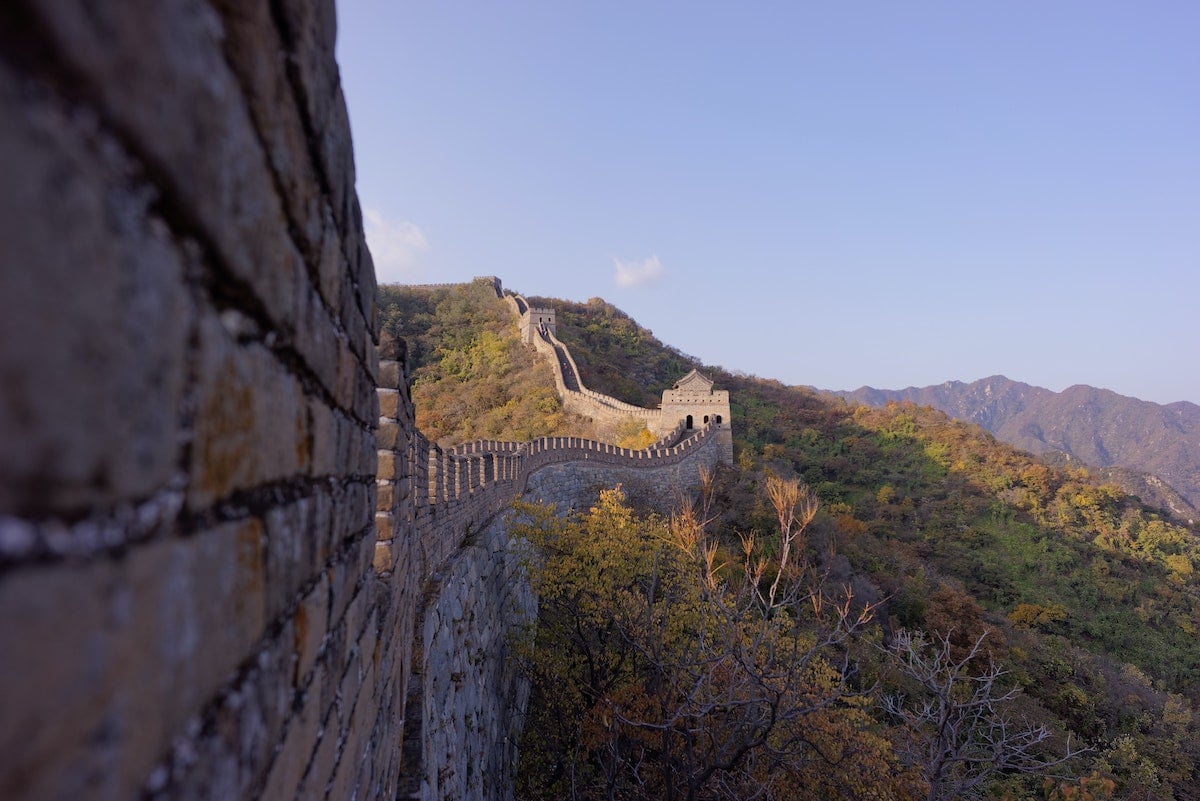 The year 2022 has not been very profitable for Ethereum holders. The token is 36.62% up from its cycle low at $897.06. However, it has seen its price value erode over the last eight months.

The second-largest cryptocurrency witnessed a 7% uptick as it traded above the $1.2k mark, at press time. While this might bring in some relief but the overall scenario painted a completely different picture. Ethereum saw a peak drawdown of -79.5% from its all-time high (ATH) placing this sell-off within the upper bound of previous bear market floors.

A sell-off that even degraded ETH’s dominance as compared to BTC, the king coin. Consider the graph below. The plot highlights the aggregate state of general risk-off sentiment in the market, where ETH under-performs BTC, and both tend to under-perform the U.S. dollar.

This, as per Glassnode raised some concerns as,

“BTC dominance is commanding the gravity of capital flows, which historically has signalled further ETH under-performance in following months.”

In addition to this, the MVRV for both ETH and ETH 2.0 experienced significant drawdowns.

It reached negative deviations well below equilibrium, currently signaling that the market is holding an aggregate -33% unrealized loss. The current cycle low of the MVRV is 0.60, with only 277 days in history recording a lower value, equivalent to 11% of trading history. 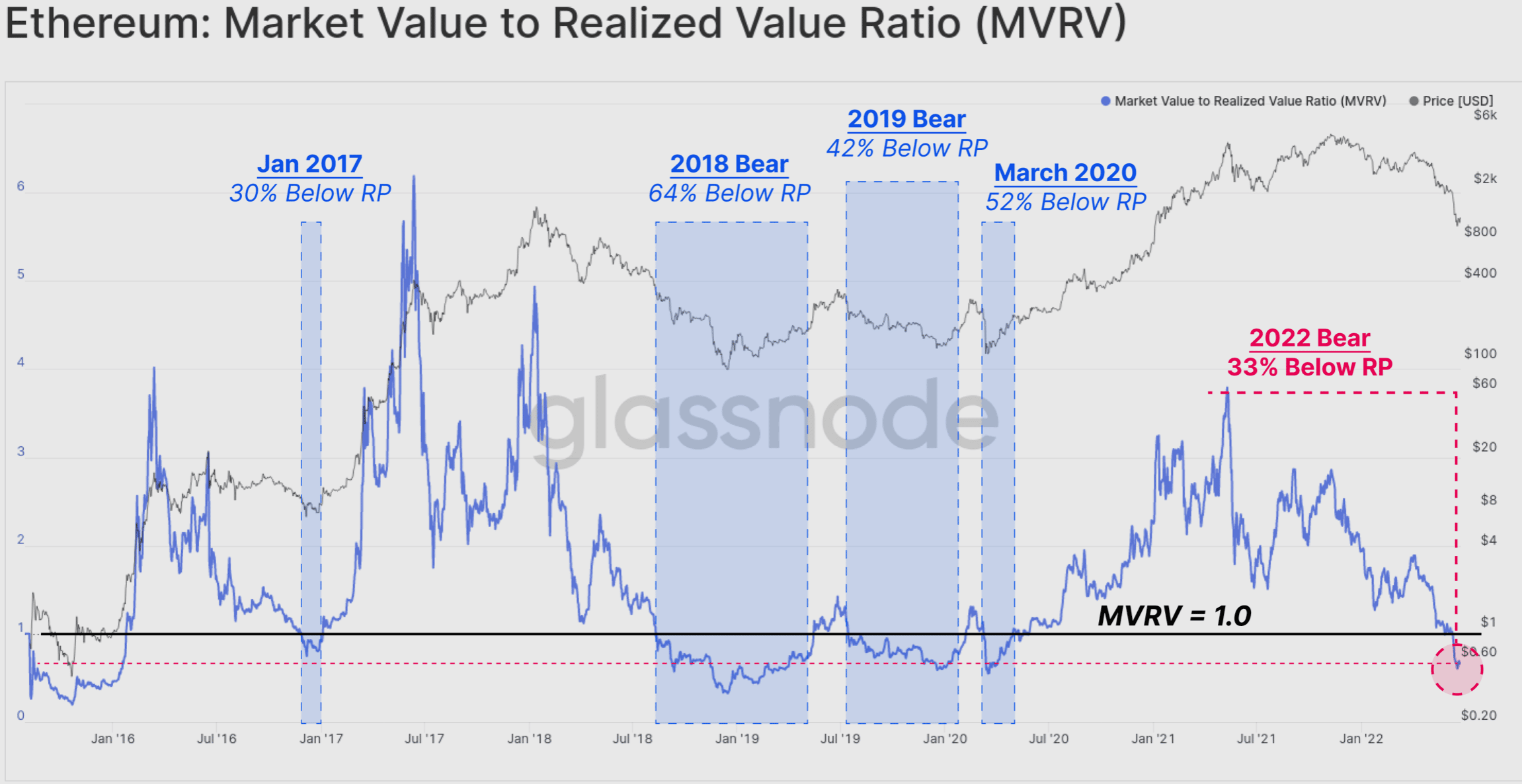 Similarly, the MVRV ratio for ETH 2.0 deposits can also be calculated based on the price-stamp when the deposits were made. The average price per staked ETH is $2.4k, which is more than twice the current spot price. 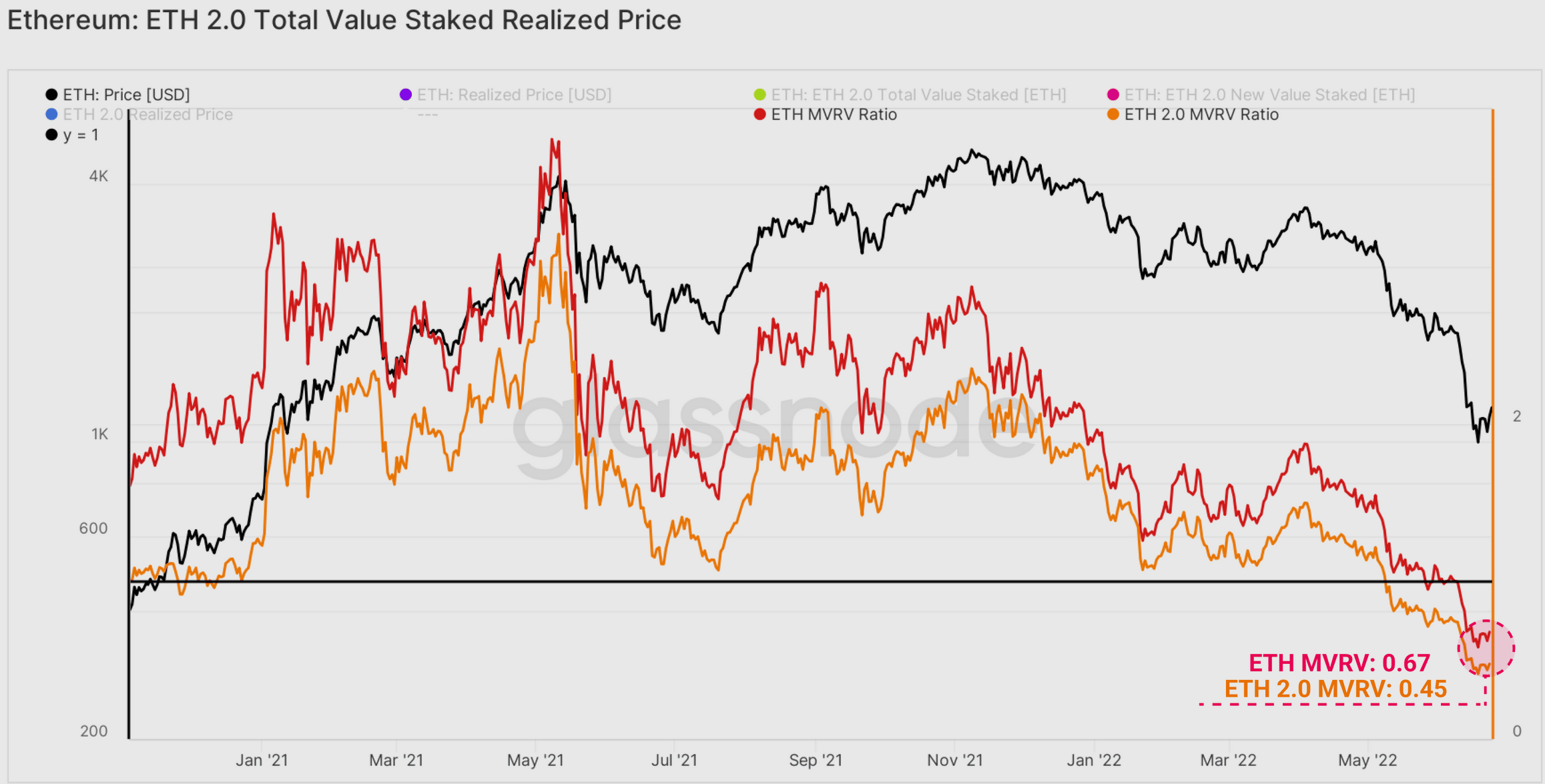 This puts ETH 2.0 stakers at an aggregate of -55% unrealized loss. This is -22% worse performance compared to the average ETH investor.

The wall of worry

Surely, these metrics added to the rising fear amongst the holders who might be running out of patience. As per the analytical platform, Santiment, there is a ‘Wall of Worry’ forming despite ETH displaying a surge.

🐳 There is a 'Wall of Worry' forming, even with #Ethereum's +13.5% price rise over the past week. Smaller addresses are rising in supply held, as the large whale addresses holding 1k to 10k $ETH are back on the long-term a trajectory. Live look-in: https://t.co/EBfEK3sGrD pic.twitter.com/D2OFiDxrQ2

This tweet represented the behavior of different groups of ETH holders, from retail to whales. Evidently, all sorts of ETH holders lost their patience.

Nonetheless, regardless of the dominating bear markets in the past, ETH recovered well. Now, with the Merge coming close, ETH’s move up the chart can’t be ruled out.

XRP up by more than 10% after Ripple announced plans to…