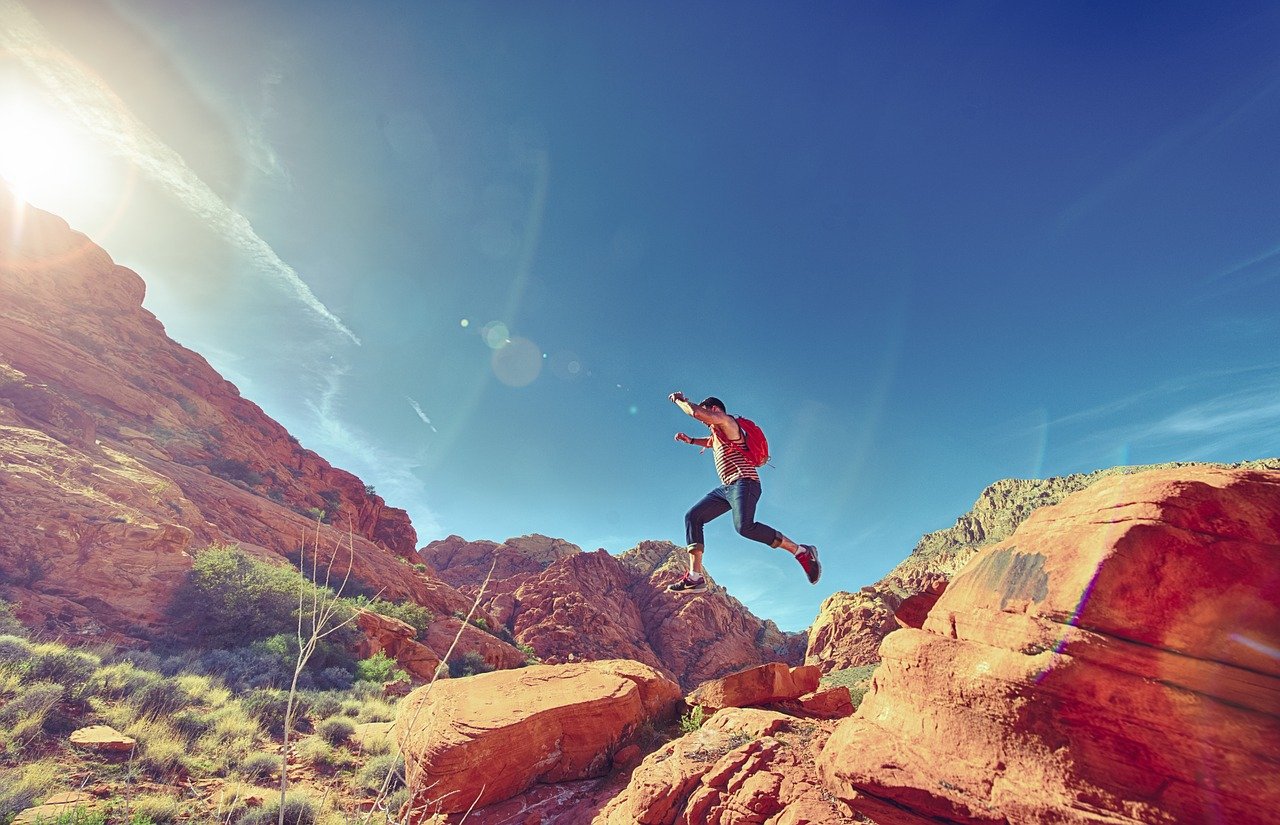 Over the past week alone, Ethereum’s price witnessed a jump from the $2900 level to $3300. In fact, the largest alt’s price has inflated by 5% in the past 24 hours alone. Interestingly, Ethereum’s market cap dominance stood close to 20% at the time of writing. The alt was able to assert a dominance of such a magnitude way back only in February 2018 before this.

However, a host of questions remain unanswered at the moment. For starters, how quickly would ETH’s price inch towards new local highs? Is the $3600 benchmark far-fetched at the moment? Is it time to short or long ETH?

Open Interest, at the time of writing, was standing at its one-month high level ($8.4 billion). An increasing open interest is indicative of additional money flowing into the market. As such, OI levels are also used to gauge the strength of an on-going trend. Looking at the current levels, it can be stated that the on-going uptrend is gaining momentum and is likely to continue going ahead. Hence, at this stage, it can be inferred that market participants have faith that ETH’s price would rise in the coming days. 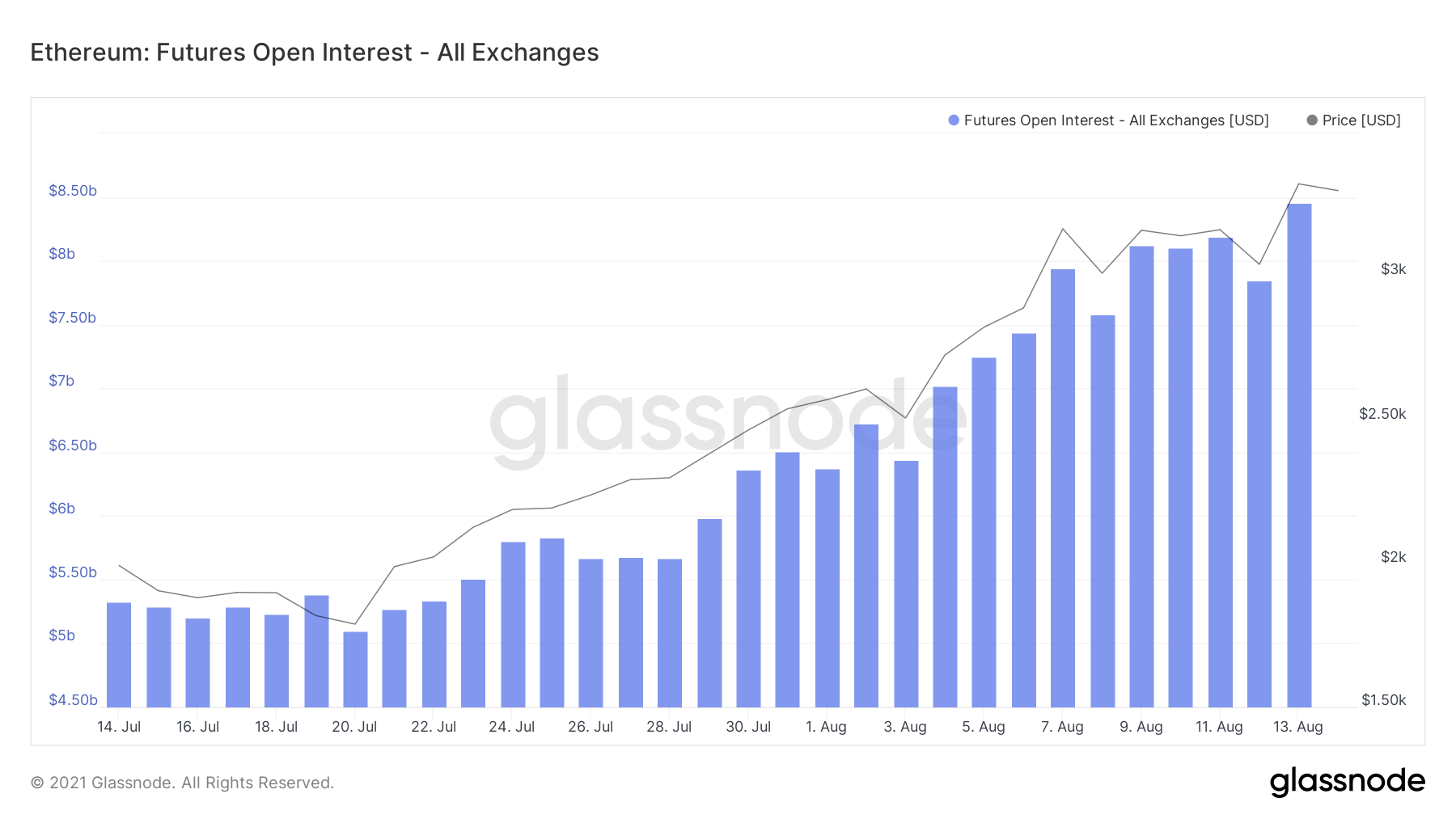 As a matter of fact, the number of long contracts getting liquidated has been on the decline of late. At the time of writing, the value of the same stood at $6.06 million. The short liquidations, on the other hand, have been increasing and reflected a value of $52.2 million at press time. This essentially implies that the current ETH environment is favorable to long traders more than short traders.

What do the ratios indicate?

From mid-May to the end of July, Ethereum’s SOPR spent more time on the downside (below the 1 level). However, the same has been inching northward since the beginning of August. In fact, at the time of writing, this indicator reflected a value of 1.096. SOPR values more than 1 usually imply that the coins moved are selling at a profit. MVRV ratio too, for that matter, reached its 1-month high level of 2.608 at the time of writing. Again, this indicates that investors are earning more than usual in the market.

An increasing price, most of the time, acts like an incentive and compels both investors and long term traders to prolong their stay duration in the market. If the same happens, ETH would most likely be able to sustain its price rally.

State of the spot market

The spot market numbers, however, paint a slightly gloomy picture. The number of active addresses sending ETH to exchanges just reached its one-month high of 725.024. Now even though this indicates that people are parting ways with their HODLings, it should be noted that the current levels are comparatively low in the macro framework. However, the current trend needs to reverse itself to shield ETH’s short term prospects.

Furthermore, since 8 August, spot volumes have not been able to keep pace. In less than a week’s time, the same has shrunken from 33 billion to 23 billion. 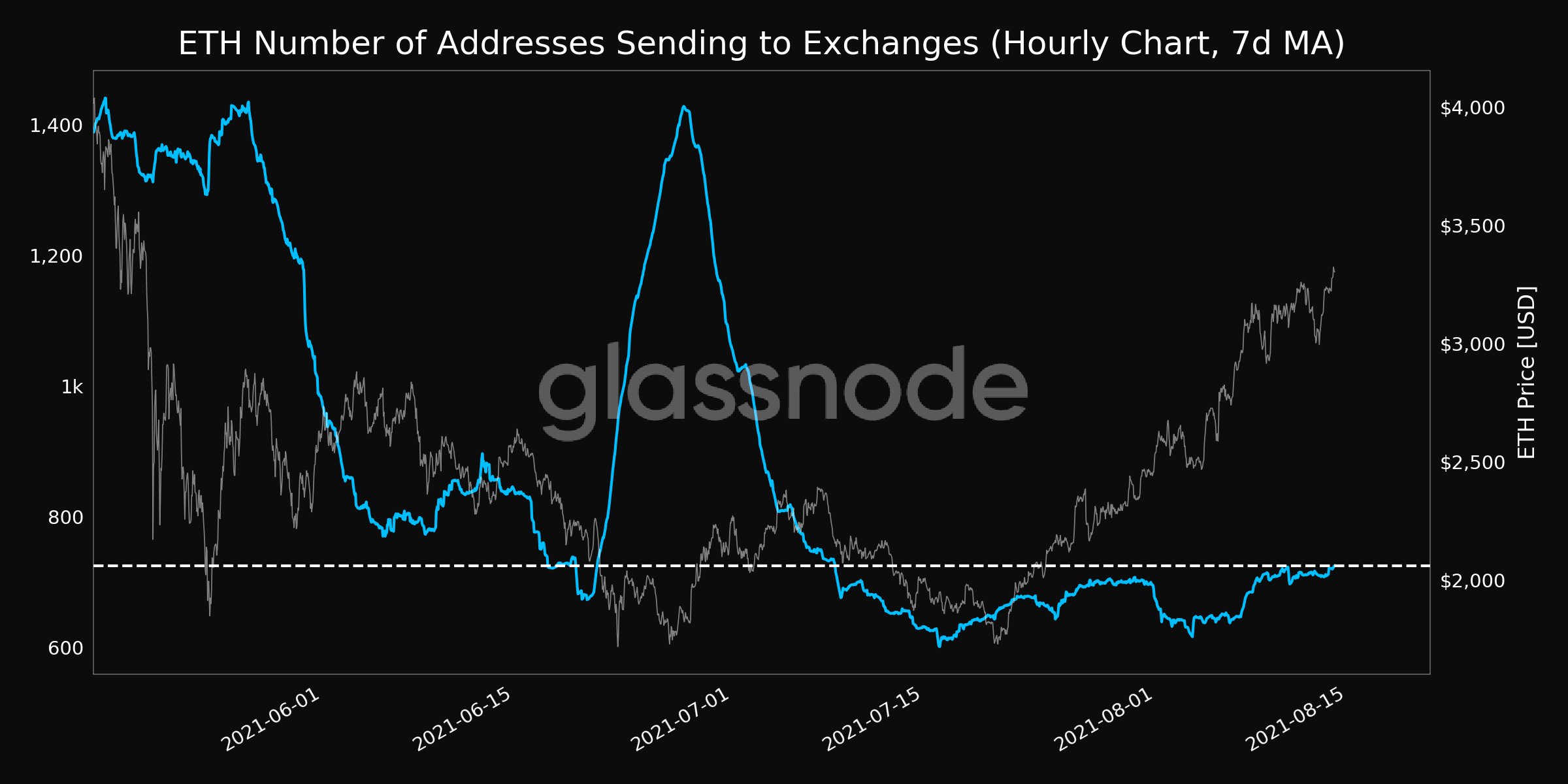 The next few days might be tricky for Ethereum, but looking at the current state of the ratios and the derivatives market, it can be concluded that $3600 level would likely be breached in the coming days.