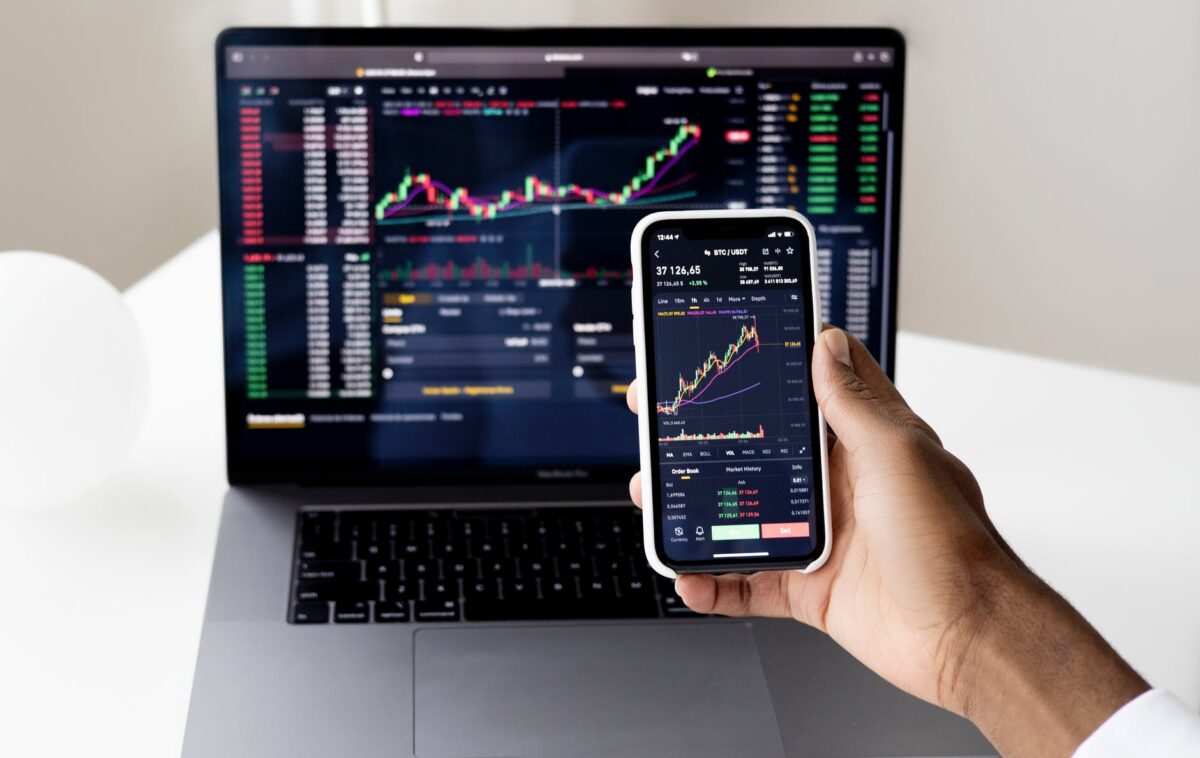 As the broader market continued to post red candles on 28 December, FTT followed suit. The altcoin was displaying some preliminary signs of recovery until 27 December. However, going forward investors might do well to consider watching the market first, before entering.

For a major part of the last week, FTT’s price action seemed to be heading in the right direction. Although some consolidation was observed in the previous few days, a stable rally could’ve invalidated the 3-month long downtrend.

However, the price fall on 28 December failed to make that happen, and once again FTT couldn’t retest the trend line. Since its September all-time high, the altcoin has attempted multiple times to flip the trend line resistance into support. Specifically throughout October and November, and even managed to breach through it once, before going back down. 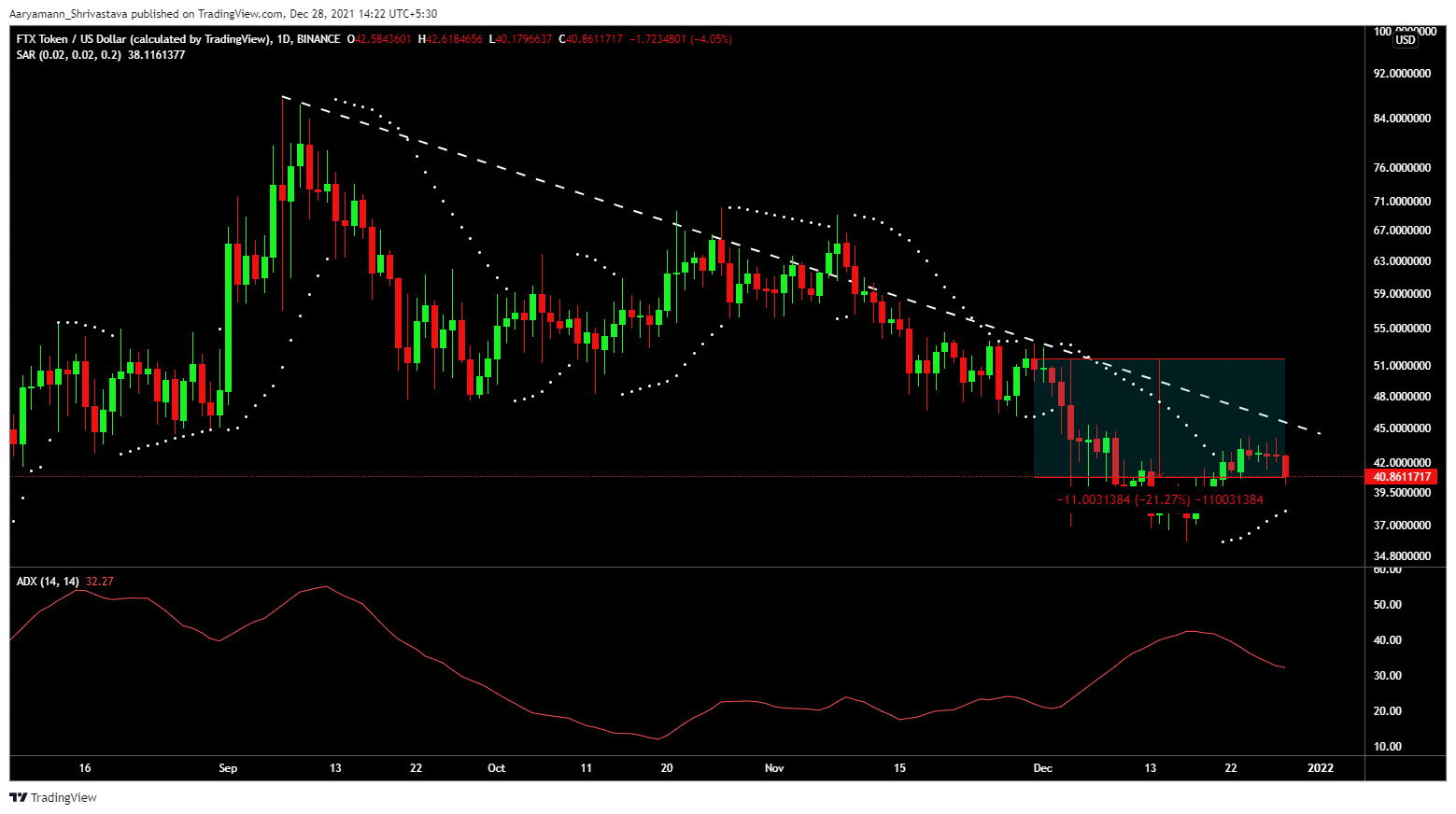 The price action observed on 28 December was rather unexpected given the rising strength of the active uptrend. Also, considering price indicators as well as the network’s achievement of hitting one million users on 27 December.

However, all of this is not useful to investors unless it can actually turn their losses into profits. Right now, over 63% of all addresses are suffering losses ensued by FTT falling from $79.7 to $40. 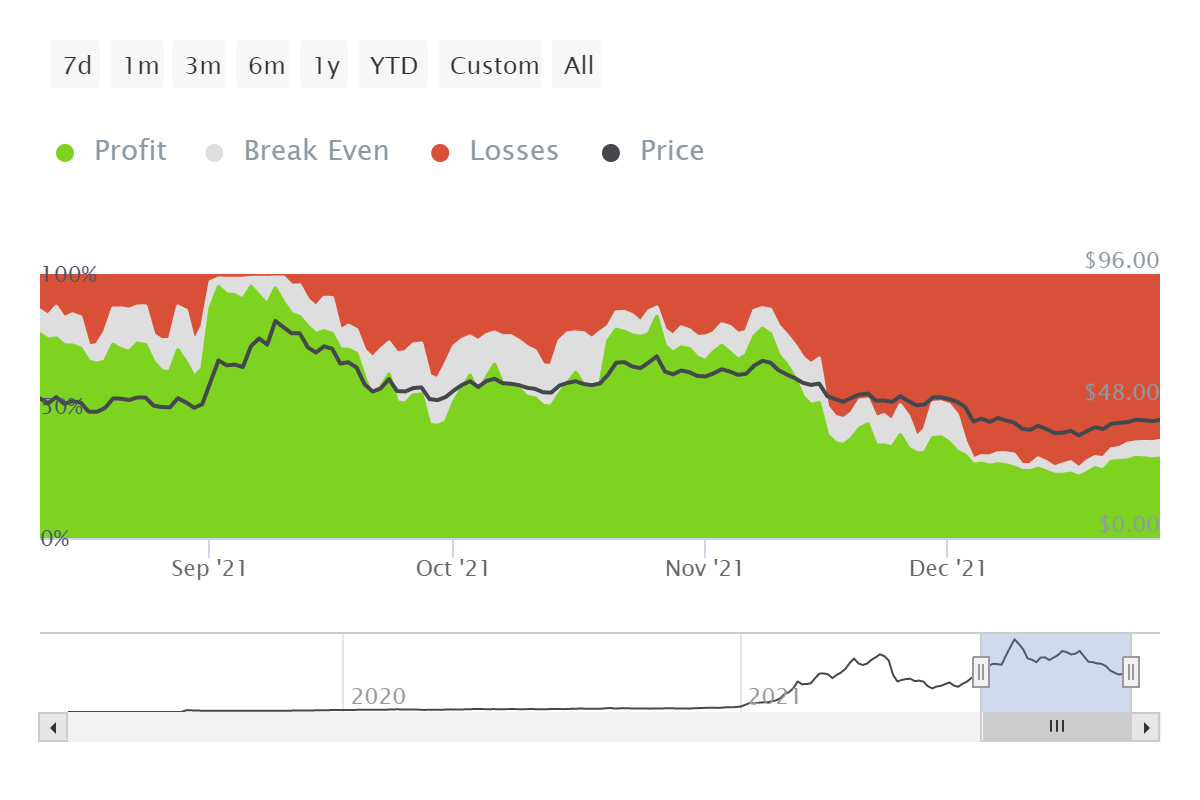 The raging macro-bearishness particular to FTT has also caused most of its investors to HODL their assets. Thus, resulting in a decrease in on-chain transaction activity, that is transaction counts and volume. 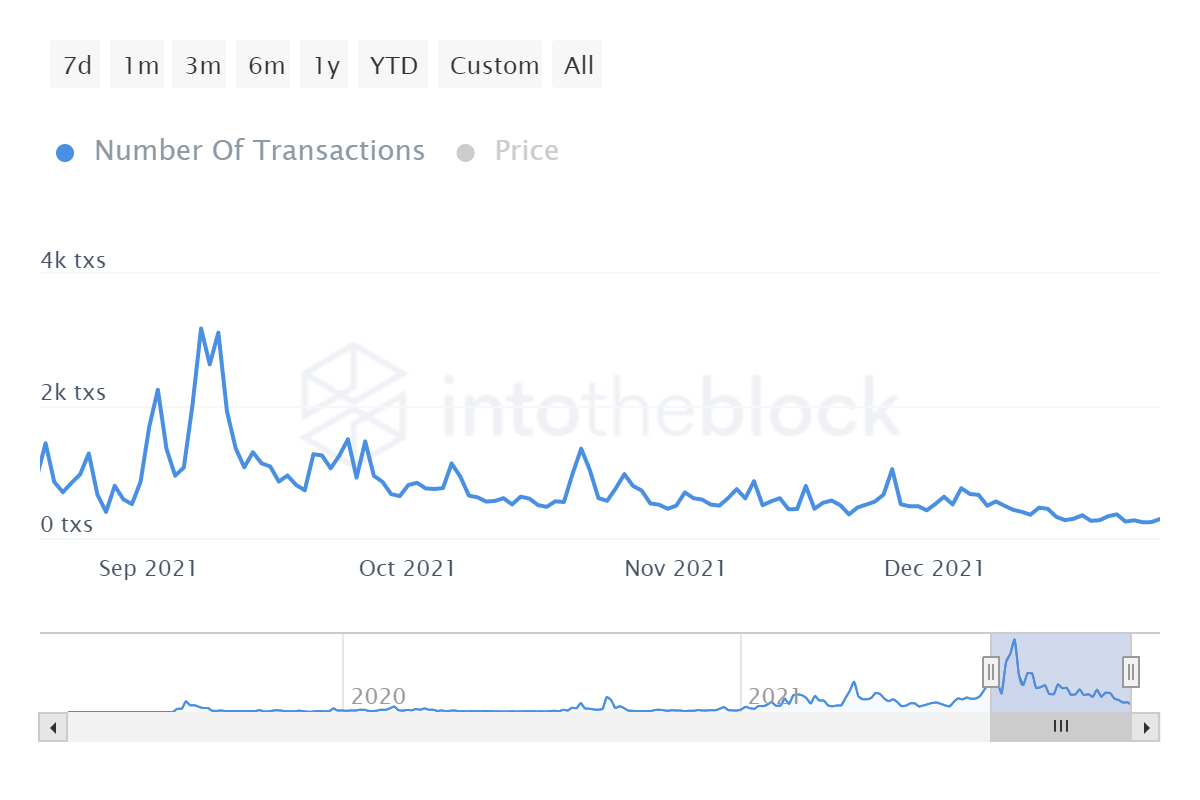 This has also caused the rate at which FTT changes hands to drop by 23% within the span of just two months.

Since the market is not indicating any signs of a rally soon, FTT holders will have to rely on any bullishness from the external market. The news of Polkadot and Avalanche arriving on FTX is an example of the same.

Presently, the active uptrend is what is keeping investors optimistic as well as saving FTT from falling further. Whether or not there’s a rally in sight can only be determined after 24-48 hours. For now, new investors looking to enter should observe the price action and take a shot only after consistent green candles.

Related Topics:FTTFTT investors
Up Next