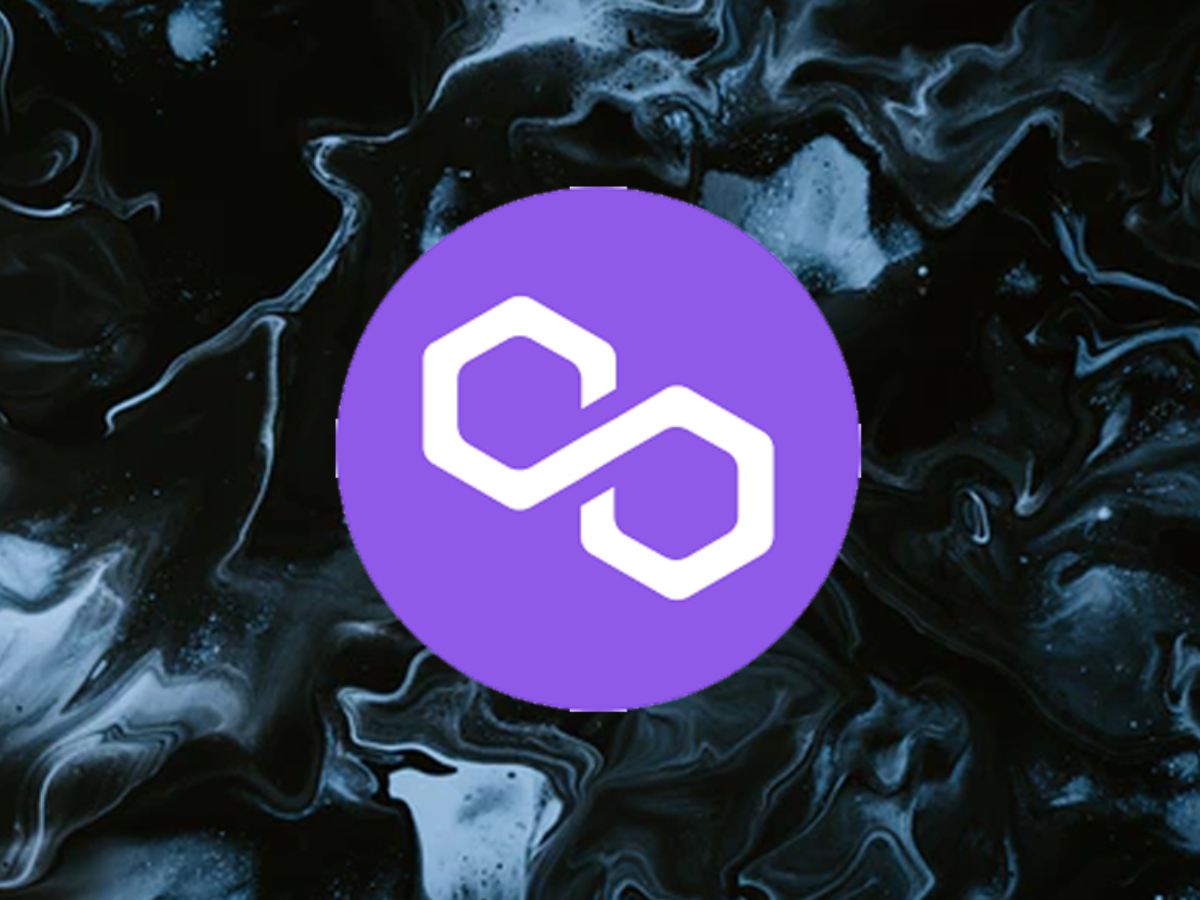 The Defi race continues with more chains picking up pace, but in the midst of all the growth, Polygon changed paths and turn back around. Over the last couple of weeks, the way Polygon’s rise has slowed down is making investors and developers equally concerned.

In just one year Polygon grew from 30 dApps to almost 3000. Developers are drawn to the chain due to its competitive advantages. The network is the biggest DeFi chain on Ethereum. And, it achieved that sovereignty by solving the inherent issues native to Ethereum itself.

Well, the biggest of it was bringing Proof-of-Stake to the network. Even though the Ethereum mainnet is now transforming into POS itself, Polygon brought it already.

Further, even in comparison to other DeFi chains Polygon was rising rapidly. Until recently, that rise not only slowed down but also kind of reversed.

At one point Polygon used to clock well over 1-2 million addresses a day, leaving behind both Ethereum and Binance Smart Chain (BSC). Today that figure has dropped to merely 200k – 400k. 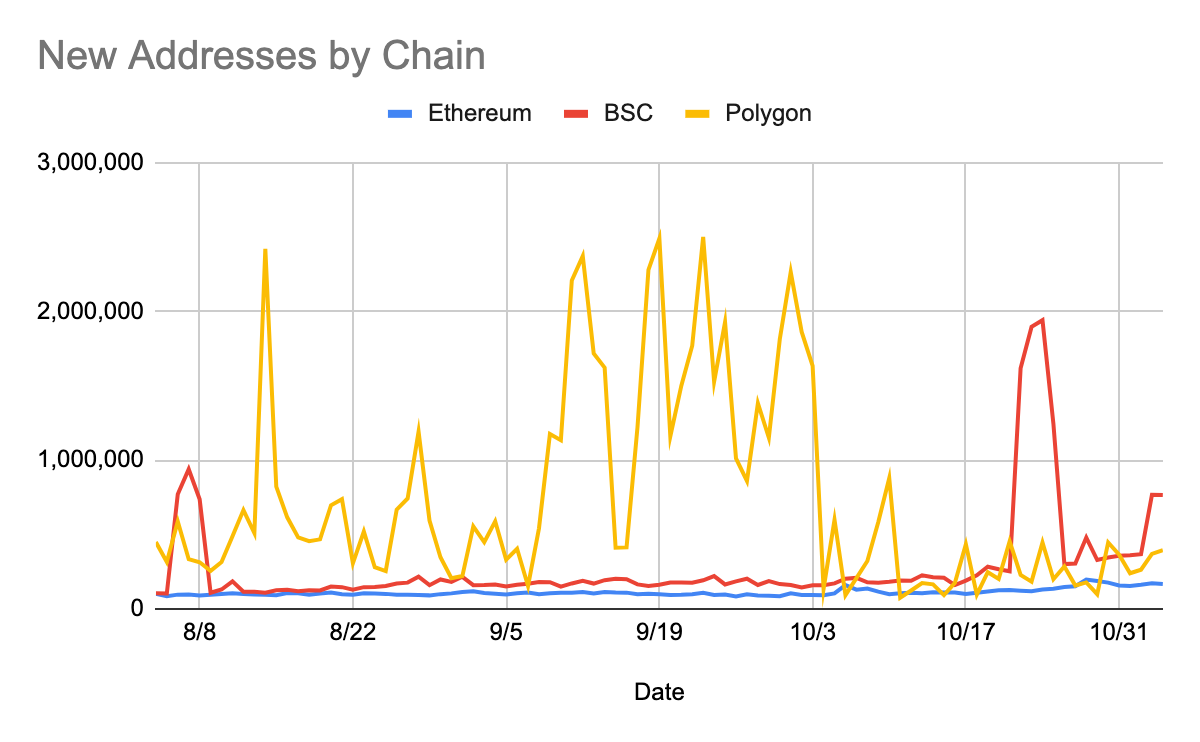 Similarly, active addresses on-chain used to range around 500k, beating Ethereum and BSC again, which have since dropped down to under 300k. 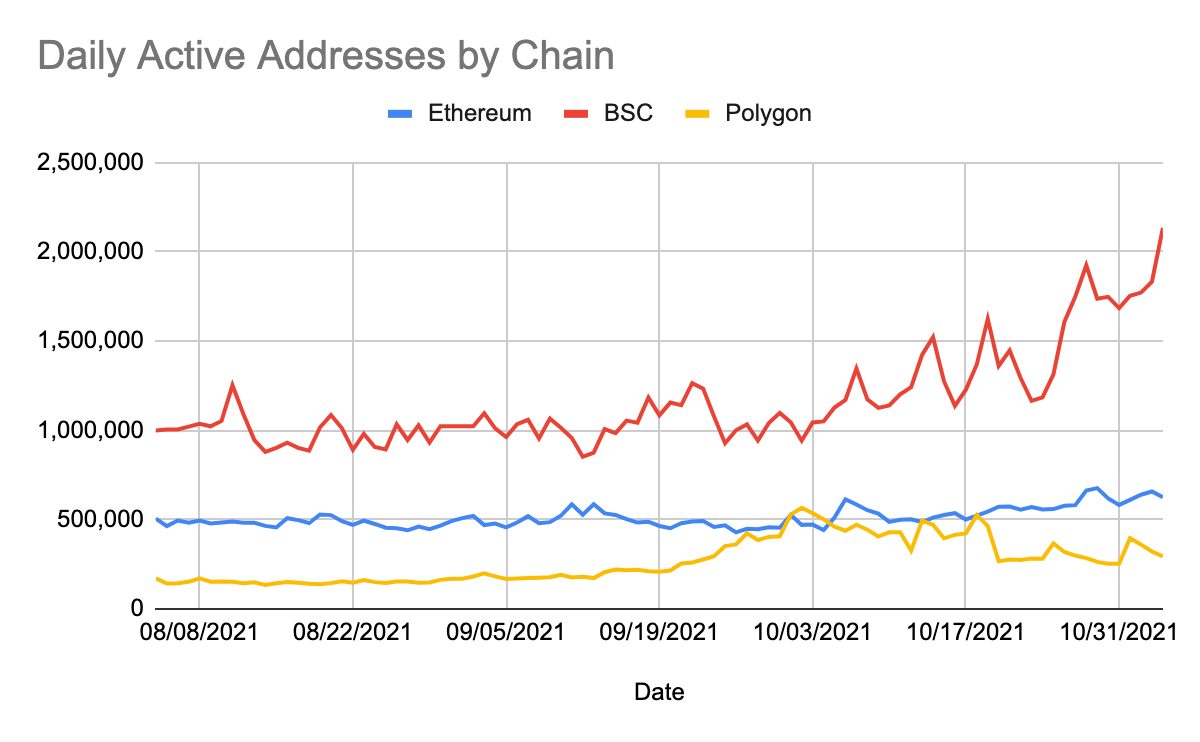 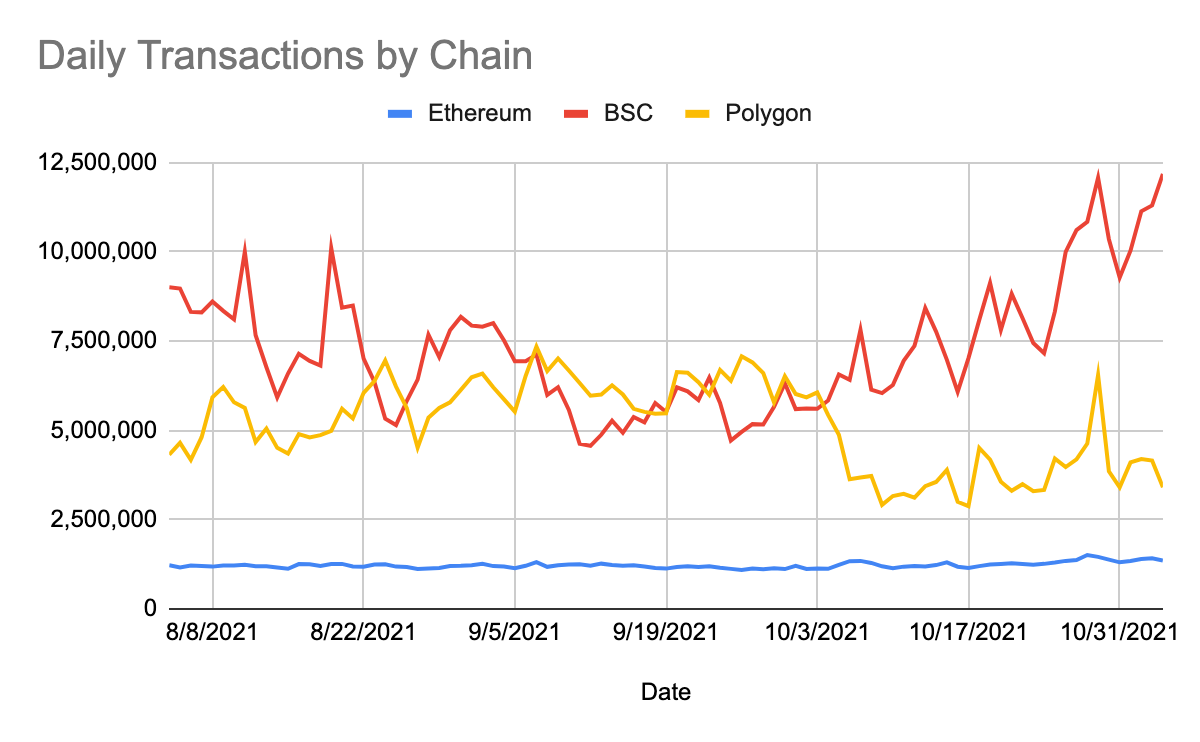 The biggest matter of concern here is that all of these developments have occurred in the span of merely one and a half months.

As a result of the reducing demand and participation, the total value locked (TVL) on the network has stopped growing altogether. Since September, TVL has increased by only $100 million.

In turn, this led to Tron and Fantom flipping Polygon and dropping it back to the #8 rank.

Even though Polygon is focusing on gaining more traction on social fronts which is paying off looking at the social volumes and adding more dapps onto the network, Hermez being an example, it’s actually not really working out in terms of network growth.

The network needs more organic growth to take back its place in the DeFi space.