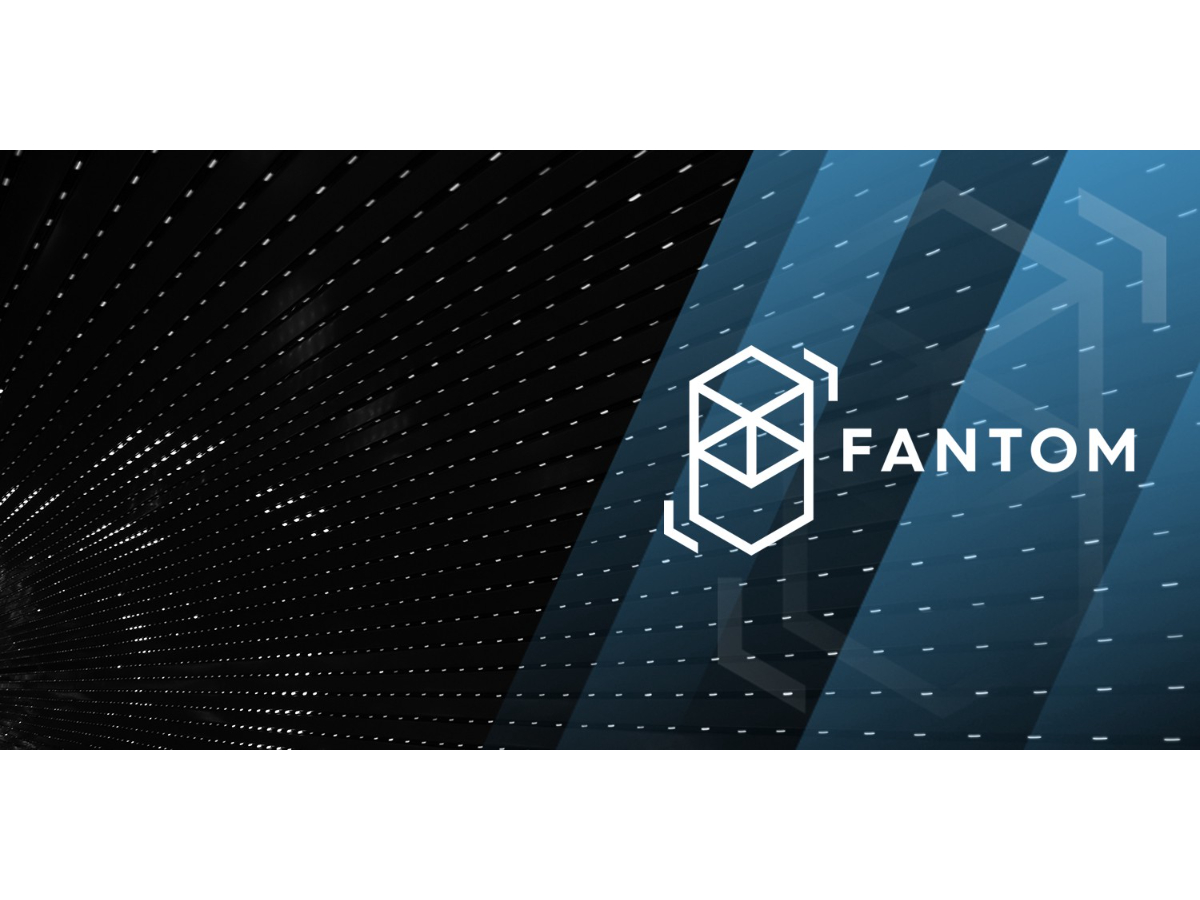 Fantom‘s story is just like that of Solana, a lesser known token. Its recent rally brought it to everyone’s attention. Beyond that, the coin has also made a mark in the DeFi space.

However, looking at its recent development, it is worth pondering over whether Fantom is losing steam or about to head in another direction.

Is Fantom turning into a phantom?

Even though FTM recently took over Polygon to become the seventh-largest DeFi chain, its performance in the spot market hasn’t been up to the mark.

Throughout October the market has seen constant selling which is verified by the rising volumes of supply on exchanges. This selling was primarily led by whales who on an average have been conducting transactions worth $20-30 million even peaking at $53 million at one point. Usually, these figures don’t even cross $1 million.

Secondly, due to the lack of transfer of FTM on-chain, since the average time FTM is held is around 8 months, the network’s velocity has also come down.

However, because the network has had a sudden rise of traders (short-term holders), the transaction stats have suddenly shot up. 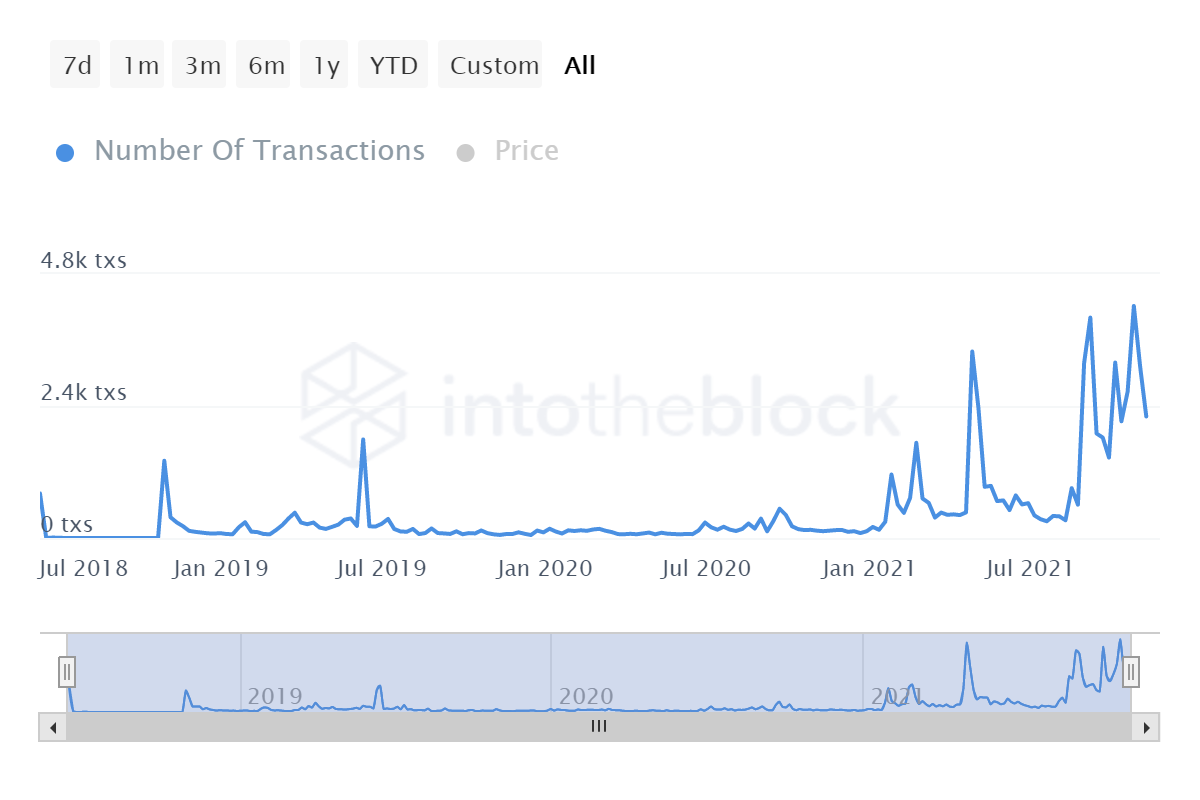 This has also led to a reduction in the mid-term holders’ domination which is down by 20% in 3 months. 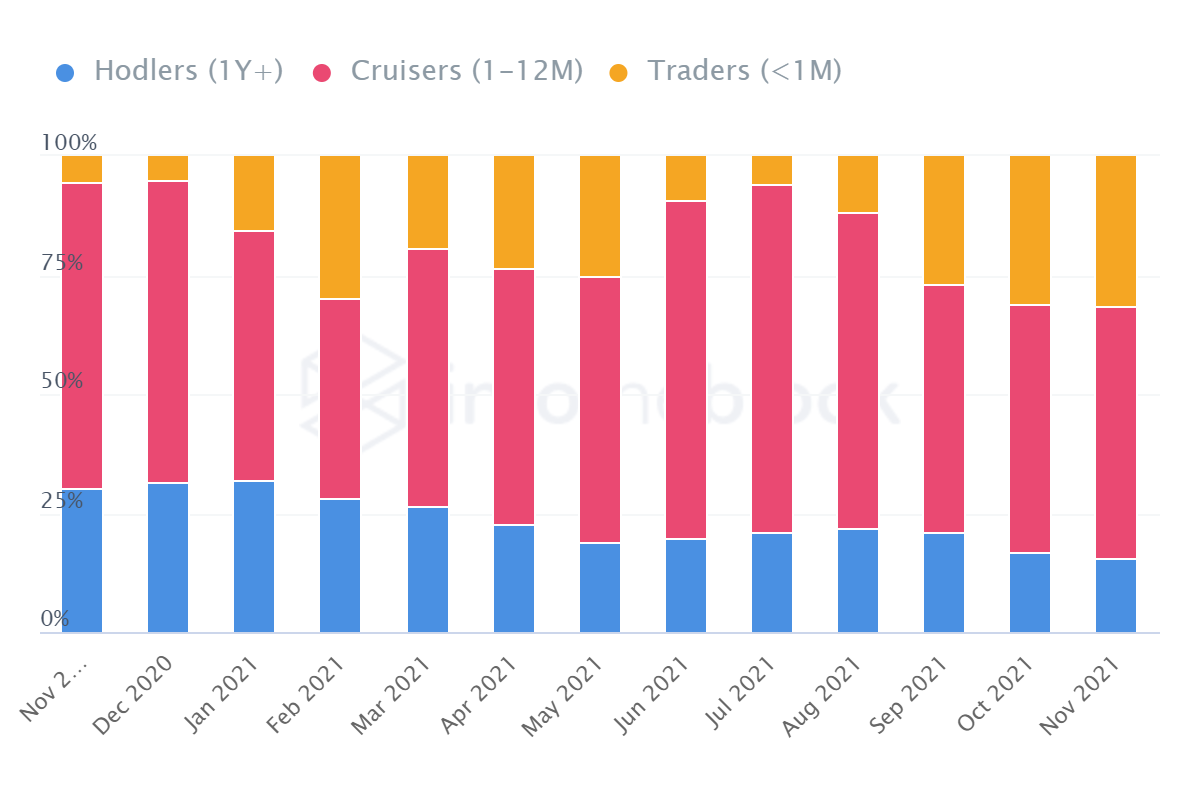 Looking at it from a different point-of-view, all these above factors also corroborate a positive outlook. Firstly, whale movement and high transaction stats indicate that the network is becoming more active. Secondly, participation is increasing as more traders’ numbers are increasing. In turn, network growth is also increasing. 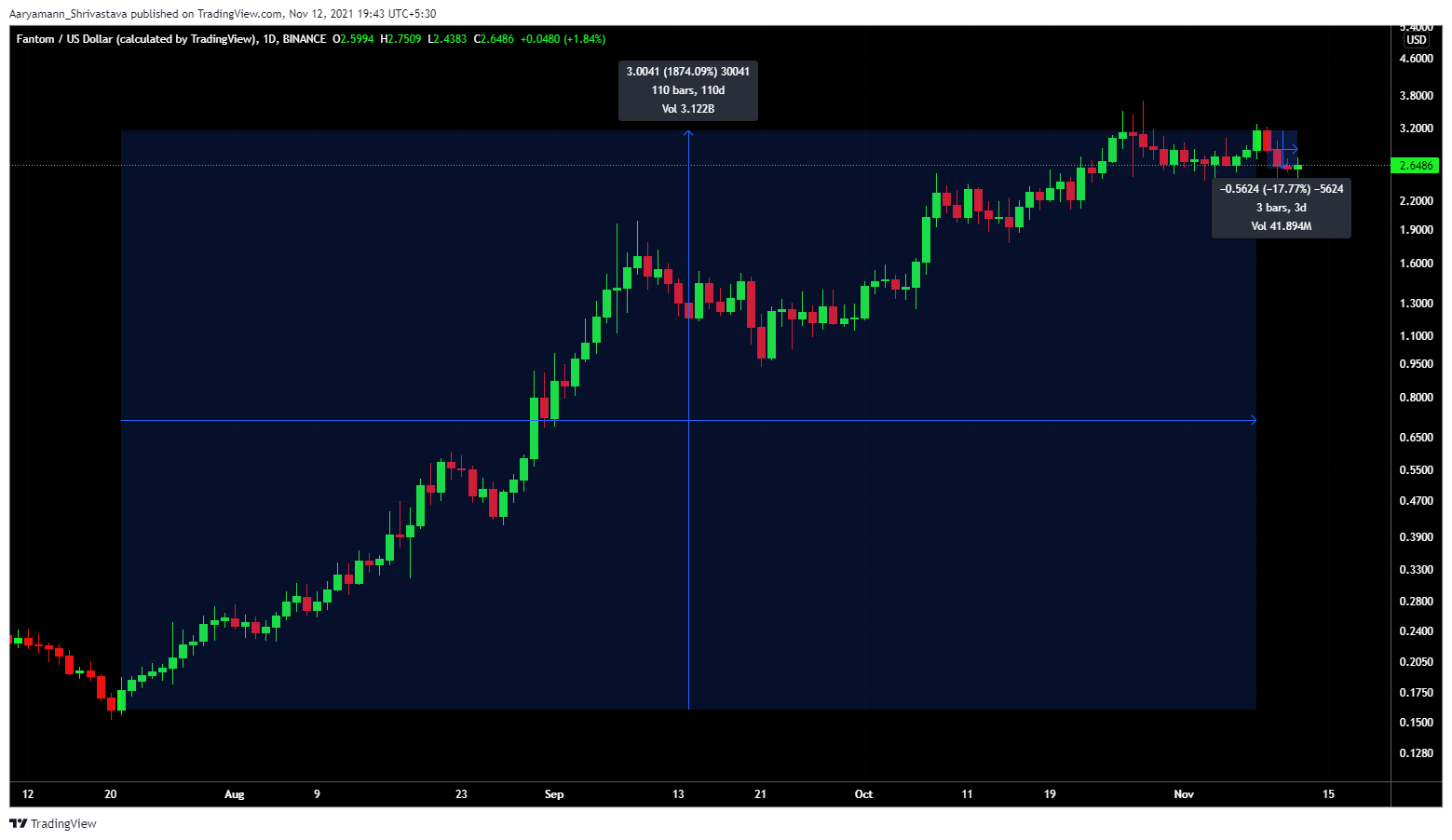 Plus its recent integration of Q3Swap and the announcement of JustLiquidity’s upcoming Visa Card which would include only BTC, ETH, USD, and FTM, and recently 0x project which crossed $100 billion in all-time volume also went live on Polygon. These are all basically a driving force for attracting more participants onto the network.