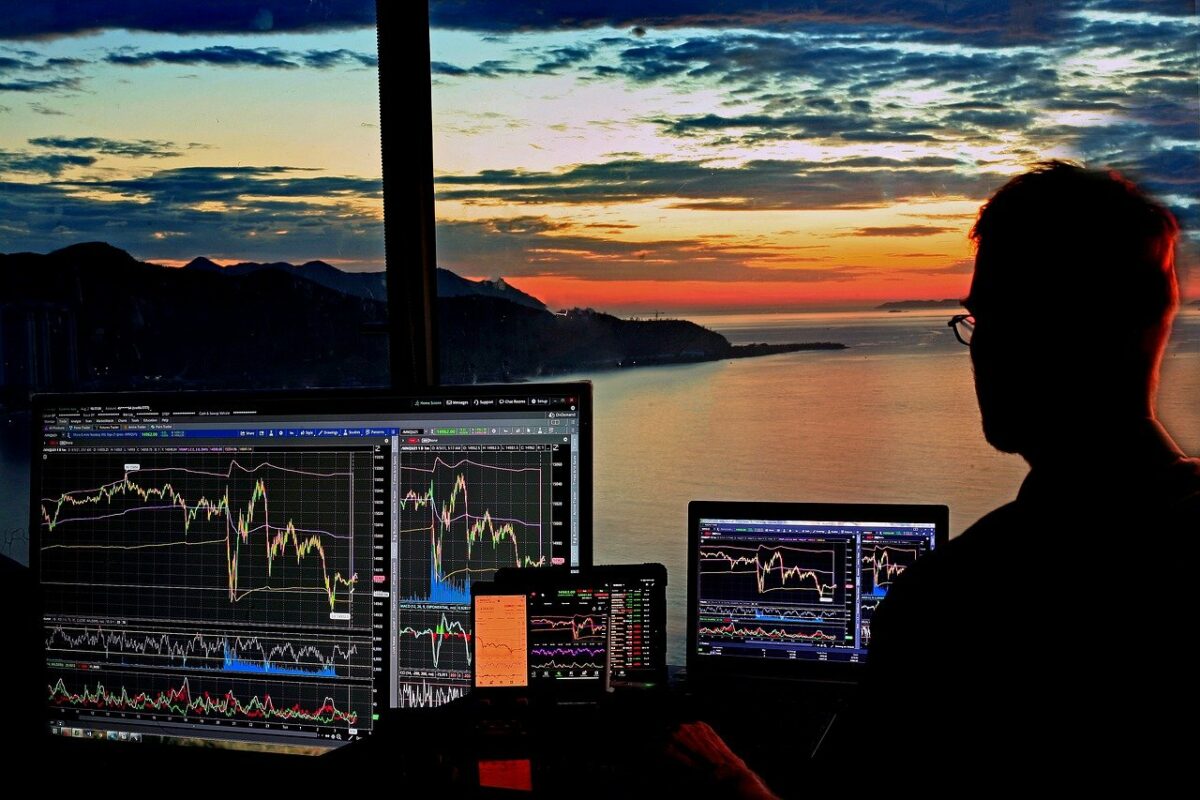 The U.S. has been a front-runner in embracing technology and innovation. However, certain recent developments in the country display a different attitude towards cryptocurrencies, which has been everything but accepting.

The country has remained a scaredy-cat when it comes to regulating digital assets and the cryptocurrency sector as a whole. In fact, its worries were once again highlighted when the Federal Reserve report ranked crypto and stablecoins among top risks to the country’s financial stability.

According to the latest Financial Stability Report, the digital asset posed risk to the financial stability over the next 12 to 18 months. Although the first position to cause potential shock was allotted to persistent inflation, crypto was put at the fifth position, right after United States-China tensions. 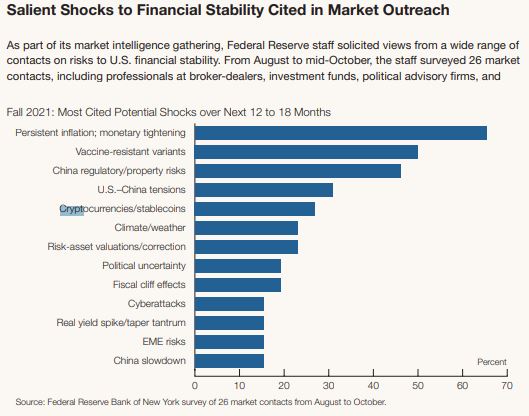 Notably, the Fed report is printed twice a year- once in spring and another in fall. The current fall report extensively highlighted the risk factor involved with crypto. And, placed it at a much higher position, however, the risk factor in the spring report stood at the ninth rank.

The concerns about crypto and stablecoins mentioned in the report have been widely discussed in time. Further, the authorities have discussed worries like a weak structure for stablecoins. Thereby, making them susceptible to liquidation runs by investors who could drain their accounts in an instant.

Meanwhile, another issue that the report carefully noted was,

“Certain stablecoins, including the largest ones, promise to be redeemable at any time at a stable value in U.S. dollars but are, in part, backed by assets that may lose value or become illiquid. If the assets backing a stablecoin fall in value, the issuer may not be able to meet redemptions at the promised stable value.”

Also, the Fed pointed out that these vulnerabilities may be exacerbated by a lack of transparency and governance standards regarding the assets backing stablecoins. In fact, their use in making payments and potential to grow was looked at as a threat to the financial system.

The authorities have repeatedly pointed at the lack of centralization in space but have done very little to solve this problem. The associated businesses have been under the regulatory radar and many were even facing charges for the breach of certain securities laws, however, no amendments have been made to the existing securities laws to include the digital assets.

As the regulators and the crypto supporters work on clearer regulations, the investors in crypto like traditional investors will have to practice caution and not to miss, DYOR.

Related Topics:Crypto-risksUS Fed
Up Next