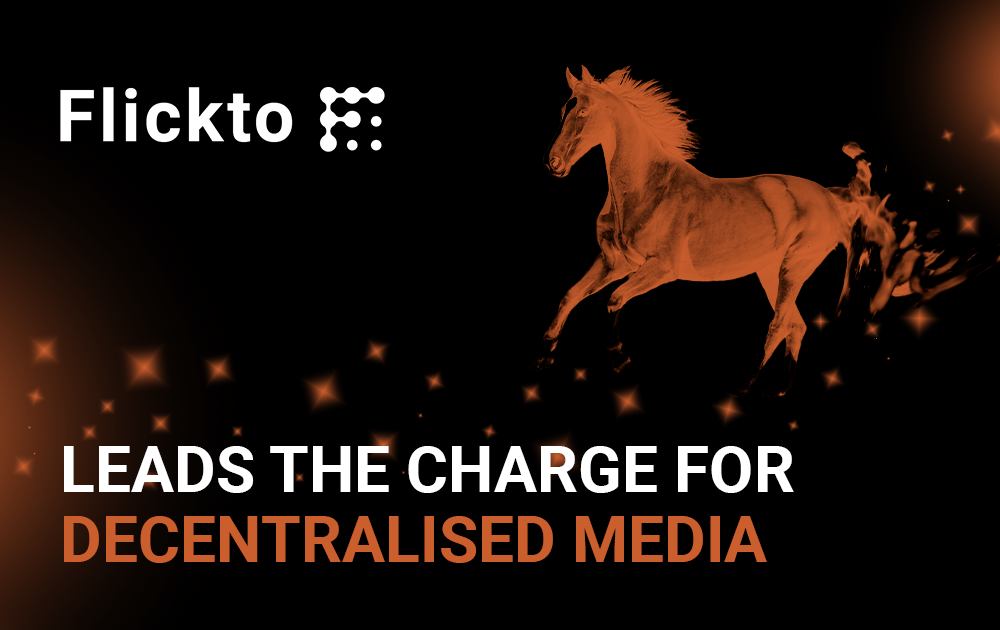 ISPO Remastered gives an opportunity for anyone to build passive income streams from films, TV shows, NFTs, digital media, and the written word. Flickto is a Cardano project on a mission. The mission is to develop a decentralized media (De-Me) industry where creators are on equal footing with Hollywood titans.

Through Cardano’s innovative stake pooling mechanisms and their vibrant community- Flickto has managed to raise 2 successful IDO rounds and now their ISPO remastered has reached over 11M ADA staked.

They are reverse-engineering the media process by developing internal resources for the most costly and unequal parts of the industry. Acquisitions, sales, and marketing cost creators up to 25% of their intellectual property and future profits.

To tackle this, Flickto is utilizing industry professionals such as Bazooka Bunny to build these capabilities internally and reduce the barriers creators face to reaching profitability and sustainability.

ISPO Remastered is your opportunity to be involved in this project with both first-mover advantage and the network effect. Flick tokens enable individuals to be eligible for monthly royalty payments from all media projects and revenue streams.

It builds the foundation for decentralized media (De-Me)- this is a concept similar to decentralized finance (De-Fi) whereby individuals and small groups are on a level with larger media giants by having access to expertise, resources, and capital to deliver on projects.

Media has an unparalleled influence on the World, it’s a key driver of socio-economic issues and cultural conflicts. It’s often difficult to understand when malicious, political or financial influences are at play in the media we consume. De-Me helps to combat this issue by placing the power of media in the hands of everyday people which enables diversity and inclusivity in both representation and storytelling.

What would a World look like where media was controlled by those who consumed it?

Jeff Bezos is often quoted as saying he decides his investments based upon the impact they’d have on society. Flickto could transform the media industry to create an industry that reflects its fans, creators, enthusiasts, and hobbyists.

Flickto’s long-term delegator rewards on ISPO Remastered are running out in a few epochs- so move hastily. Grab your stake in the future of media and transform the World with your ADA.