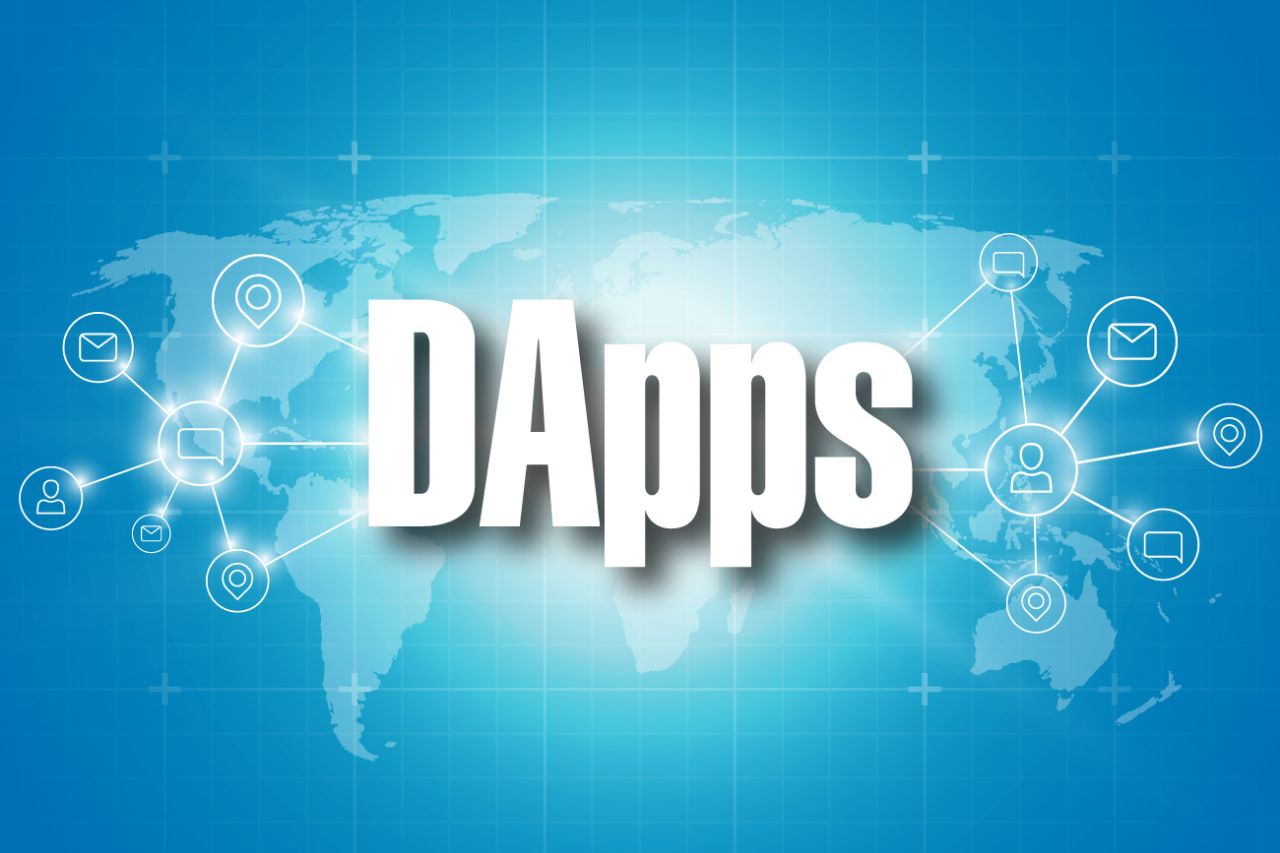 Decentralized applications (DApps) are highly protected applications built on the blockchain. Such applications are similar to smart contracts, but their main advantage is the ability to implement a wider set of functions.

Recent data shows that the number of DApps users has greatly increased during 2019, although the true potential of their capabilities has yet to be fully revealed. The share of the entire DApps ecosystem in terms of annual token turnover exceeded $10 billion, while the number of daily active users reached 1 million.

Real utility or another empty trend?

Financial applications: they provide users with financial management tools, both fiat and cryptographic. With these applications, users can manage their savings, wills, and also draw up various types of comprehensive employment contracts.

Partly financial applications: they refer to working with money, although money is not the basis for the functioning of such an application. An example of such applications is a self-developing system of bonuses as part of a loyalty program. Typically, such points can be exchanged for real finance or goods.

Non-financial applications: such programs are generally not related to money. These can be services for identifying a person, conducting polls, creating a system of government solutions, or simply decentralized file storage.

As shown by statistics from 2019, the Ethereum blockchain remains the leading platform for launching DApps. The average daily user base of Ethereum-based DApps grew by 118% over the year, and the number of involved tokens increased by 166% (in US dollar terms).

Currently, the majority of operational DApps (2,797) are Ethereum-based and account for 86% of the entire DApps market (3,235). This is not surprising given the increase in the number of Ethereum developers who have created 520 new DApps in 2019.

About one in three unique DApp users work with Ethereum-based DApps. However, as of December 2019, the ecosystem still faces the problem of rising gas prices, an essential financial unit in the Ethereum network.

The top three DApps platforms also include the EOS and TRON blockchains. EOS statistics were spoiled by the situation with spam placement of EIDOS tokens, which was the result of a DDoS attack on the network. As a result, this negatively affected the speed at which the network processed transactions and the daily active user activity in EOS-based DApps fell by 48%.

TRON has a better reputation. Its DApps ecosystem developed especially rapidly in the first half of 2019, but in the second half, the pace fell. TRON was also distinguished by the fact that a significant number of non-gaming DApps failed to gain a stable user base, which led to the loss of loyal users on a daily basis throughout 2019.

Blockchains for launching DApps in 2020

In 2020 the top three lists can be expanded to include a group of promising blockchains which in 2019 were used as networks to launch DApps. These were already well-known to the crypto community, and have consistently demonstrated their reliability and the actual flexibility of the code that was not peculiar to the dominant DApps networks.

One of them is ILCoin, a revolutionary on-chain data storage system aimed at opening up a wide range of possibilities for safe yet transparent data storage, the establishment of various smart contract systems, and the launch of innovative DApps running on its own blockchain.

ILCoin takes into account the experience of other blockchains, offering the most advanced solutions. According to Norbert Goffa, the project’s co-founder, it is extremely important to offer a developed blockchain infrastructure with a full range of functions for the launch and operation of new DApps in 2020.

ILCoin offers industry-leading scalability, with a record block size of 5GB and the network security and efficiency is enhanced by C2P and RIFT Protocol. This makes ILCoin promising for the deployment of games, payment modules, and other DApps in 2020.

It is worth noting that the main task of the ILCoin blockchain is providing convenient and simple solutions for businesses. Among them are the POS terminal and a complete list of tools available on the official website.

Blockchains like ILCoin have an advantage over the other more common solutions mentioned above. 2019 was the year of testing DApp prototypes for Ethereum, EOS, and TRON blockchain and the results of these tests provided an impressive base for future developments.

Despite its clear advantages, ILCoin is not the only blockchain that may be in demand among worldwide DApps developers in 2020. Firstly, the relatively negative 2019 results of the leading blockchains do not necessarily indicate their complete failure, thus it is too early to write them off the leaderboard.

Secondly, there are numerous other blockchains on the market, such as IOST, Ontology, Loom Network, ThunderCore, VeChain, NEO, WAX, and others.

IOST is another prominent network that ranks high amongst the list of networks building DApps. The number of DApps built include IOST Dex and iPirates is 39, Ontology with 38 DApps (the most popular are HyperDragons Go and HyperSnakes). Loom Network has 17 DApps, including CryptoZombies and Axie Infinity, and so on.

The NEO project is notable for the fact that its relatively small blockchain platform has a lot of interesting decentralized solutions built on it. Among them, there is Travala, a global booking service that is designed to give the user the opportunity to receive all the travel-related services in one place. Payment for services, for example, hotel room reservations, can be made in the native project tokens.

Another solution based on NEO – Bridge Protocol – was created to carry out the verification procedure on the basis of Know Your Customer. Users transmit information about themselves to the application, and it creates its virtual “identity”, which is tied to a public address.

As the number of users increases so does the number of transactions and this makes the issue of scalability more relevant. In this area, all the blockchains presented above will yield to ILCoin, which has already solved the scalability issue through its technical solution.

Other trends among DApps

In addition to these ecosystem participants, there are also Steem, TomoChain, Klaytn, POA, xDai and GoChain blockchains used as a basis for several games.  In 2019 DApps primary development was focused on gaming applications (every second DApp is a game) – and it’s a common trend not only in the blockchain sphere. As such, half of the top ten video bloggers are related specifically to the gaming sector.

However, gaming projects have a significant drawback: they always need to be “afloat” and tap into the upcoming trends. Otherwise, along with a drop in user interest, the value of in-game items will drop. A vivid example of this is the CryptoKitties application: one of the main artifacts of the game – the “crypto kittens” called Gen 0 – fell sharply in price.

One more important point is the compatibility of DApps with mobile platforms, which relates to the creation of a catalog of DApps which can be used for various everyday purposes. This is another area where DApps need to grow in order to shake off the label of being pure “niche” applications designed for gamers.

Obviously, most projects will focus on blockchain integration and DApps use in corporate structures. The crypto community will be closely watching to see how decentralized applications are successfully deployed in the energy, healthcare and finance sectors, but in order to truly mainstream, the development of related technologies like cryptocurrency and blockchain will also need to see increased adoption.