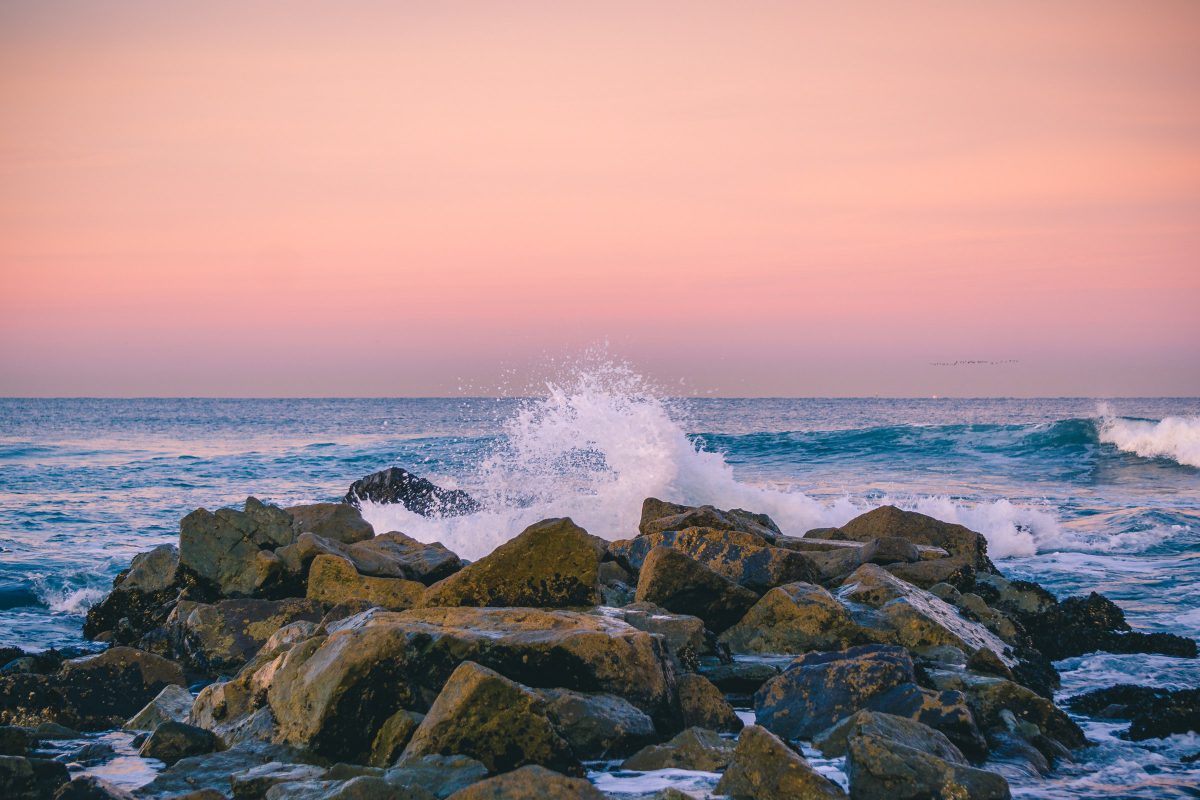 Grayscale Bitcoin fund products have traded at average discounts of 4.66% and 4.34% compared to NAV (net asset value) throughout March. This comes at a time when Bitcoin’s price has dropped over 8% in the past 24 hours.

Grayscale’s recent formation of five new trusts for alts like BAT, LINK, MANA, FIL and LPT, comes at a time when the institution has dabbled in bona fide ETF products, despite taking a step back from launching new creations for the flagship Grayscale Bitcoin trust.

Most investors may soon move on from GBTC and Grayscale’s ETF products. With more Bitcoin ETFs getting launched there is an arbitrage trade in shorting GBTC and going long on Bitcoin. ETFs are primarily built to have a zero NAV premium and this implies that the position was meant to be swapped with Bitcoin for the ETF. That is when the current liquidation of BTC longs, and increasing shorts on Deribit and FTX will cool down to allow Bitcoin’s price to recover. 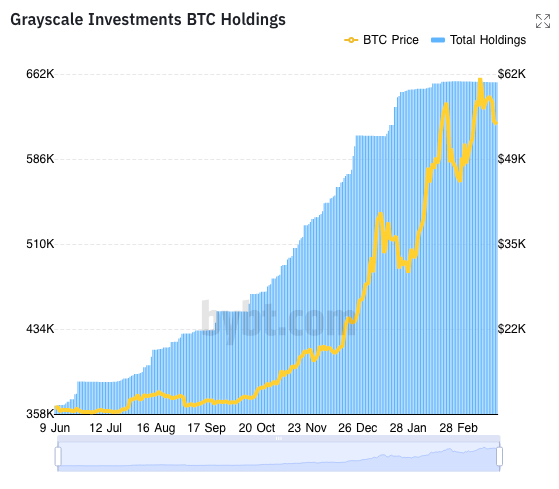 There are several factors influencing the current price action, and retail traders can expect the correction to the $45000 level this week, like institutional flow that slowed down while total AUM increased to $58.7 Billion.  Average weekly asset inflows across all major cryptocurrencies decreased by 70.5% since February 2021, to the $149.6 million levels.

The total AUM across Grayscale’s Bitcoin Trust product dominates among others in the industry. However, GBTC premium to NAV has been consistently dropping. It is currently at a negative 14%. Bitcoin holdings of Grayscale have plateaued since the beginning of February 2021.

GBTC’s trade volume has dropped 22% since the same time and currently amounts to a daily average of $525 Million. Compare that to Bitcoin trade volume, which is up 47% in the past 24 hours, however, post the change in the HODLing pattern, this could be retail traders selling BTC for DeFi and altcoins on exchanges.

Though premiums have been dropping since January, the rally of the alts and the DeFi tokens, the inflow of funds from Bitcoin to DeFi through WBTC has increased consistently. There is competition from alt investment products, and Grayscale has invested in top-performing altcoins, thus increasing the competition.

Though purpose Bitcoin ETF hit $1 Billion in AUM on March 19, 21, nearly a week since then has passed and the price has dropped 11.89%. Retail traders can expect a drop in price to the $45000 level if the discount on GBTC continues increasing and there may be a further drop in price over the weekend.