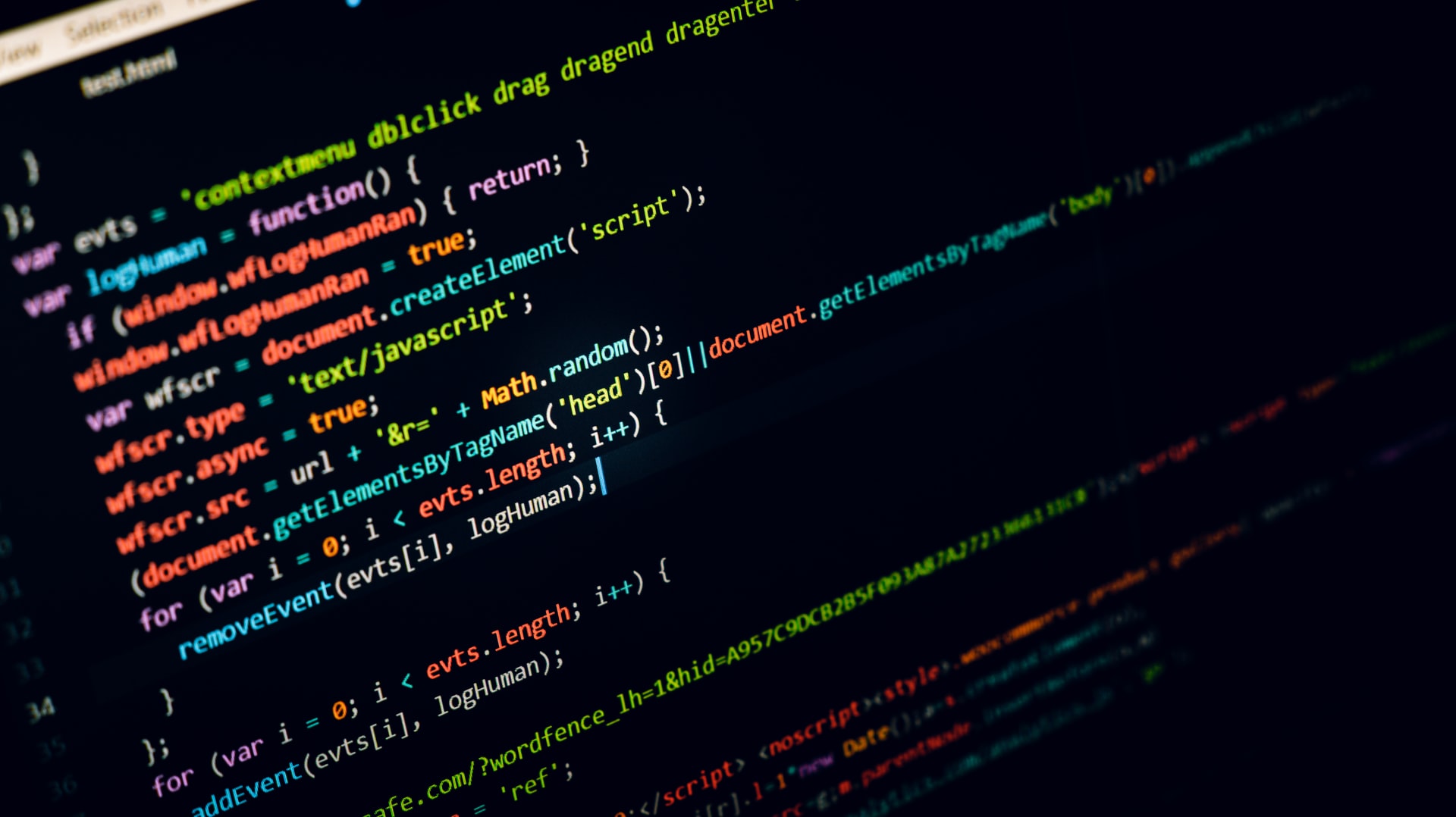 Fantom is one of the biggest DeFi chains in the space with over 201 protocols and $6.28 billion locked onto it. One such protocol, Fantasm, Finance recently fell victim to an exploit in which over $2.6 billion were stolen.

Needless to say, the exploit resulted in a much more significant impact on Fantom itself.

The Fantom exploit continues to haunt

Post the FSM exploit event, the team published a post mortem report highlighting what went wrong. As per the report, the exploiter managed to pass his BNB through multiple gateways in order to bring them to Fantom and then deployed a contract that triggered the exploit.

The exploit resulted in consistent XFTM minting, which the exploiter sold for FTM. Finally, all the FTM was sold for $2.6 billion worth of ETH and siphoned through Tornado.

In addition to the forensic analysis, the Fantasm Finance team also announced that they would make use of the 174 million FTM accumulated in protocol fees to repay the FSM holders. Additionally, after realizing the exploit, the team managed to whitehack 935,415 FTM. These proceeds will also go towards re-compensating the losses.

Furthermore, the entire protocol will be relaunched with a new DAO for the decision-making process of the protocol.

Alas, despite these efforts, FUD has already affected investors considerably. In fact, within 24 hours of the exploit, 15 million FTM was sold back into exchanges.

This was followed by a streak of price falls in which FTM lost 19.45% of its value and the long-standing support of $1.15. 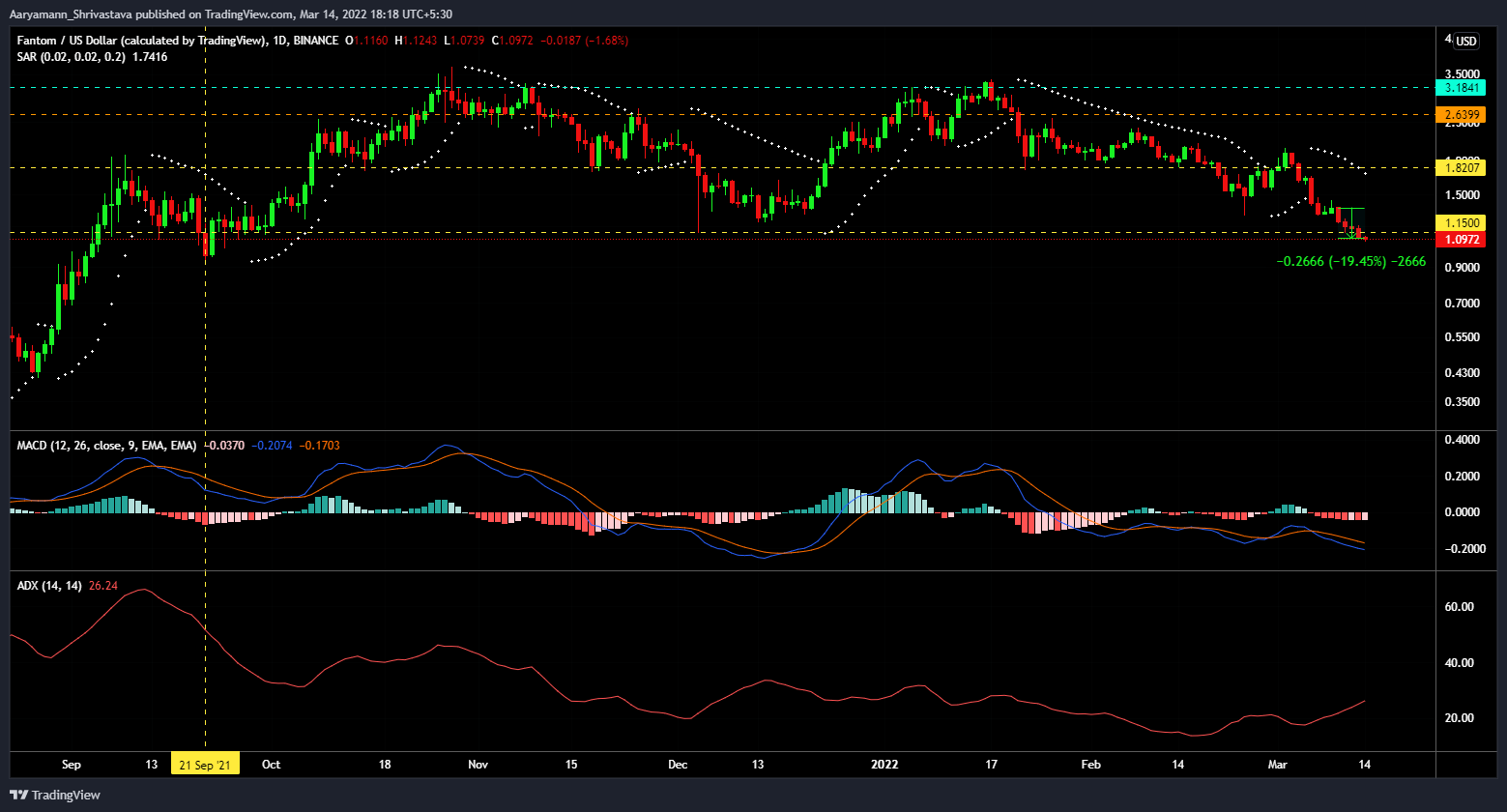 The effects of the exploit are seemingly difficult to undo as recently, Fantom-based DEX SpookySwap launched its token on Huobi. And yet, it failed to garner any positive response on the charts or from the community.

The Decentralised Exchange (DEX) has already lost 58% of its TVL since the beginning of the crash in December. Hence, it’s worth arguing that even the listing might not help in recovery.

This exploit further concerned those investors who pulled back from facing losses. This resulted in the network’s 24-hour transaction volume touching $9 million – Its lowest in over 7 months. 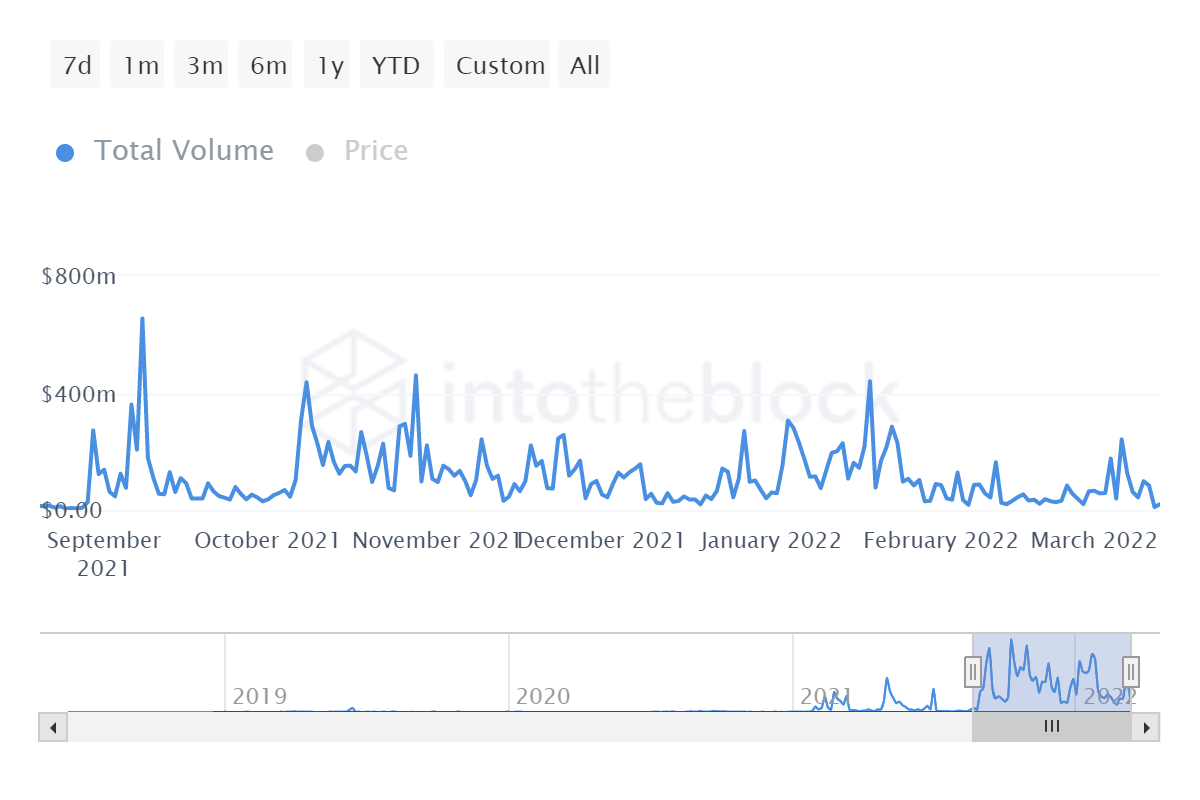 Cardano: Why Hoskinson thinks ‘we ain’t seen nothing yet on TVL’