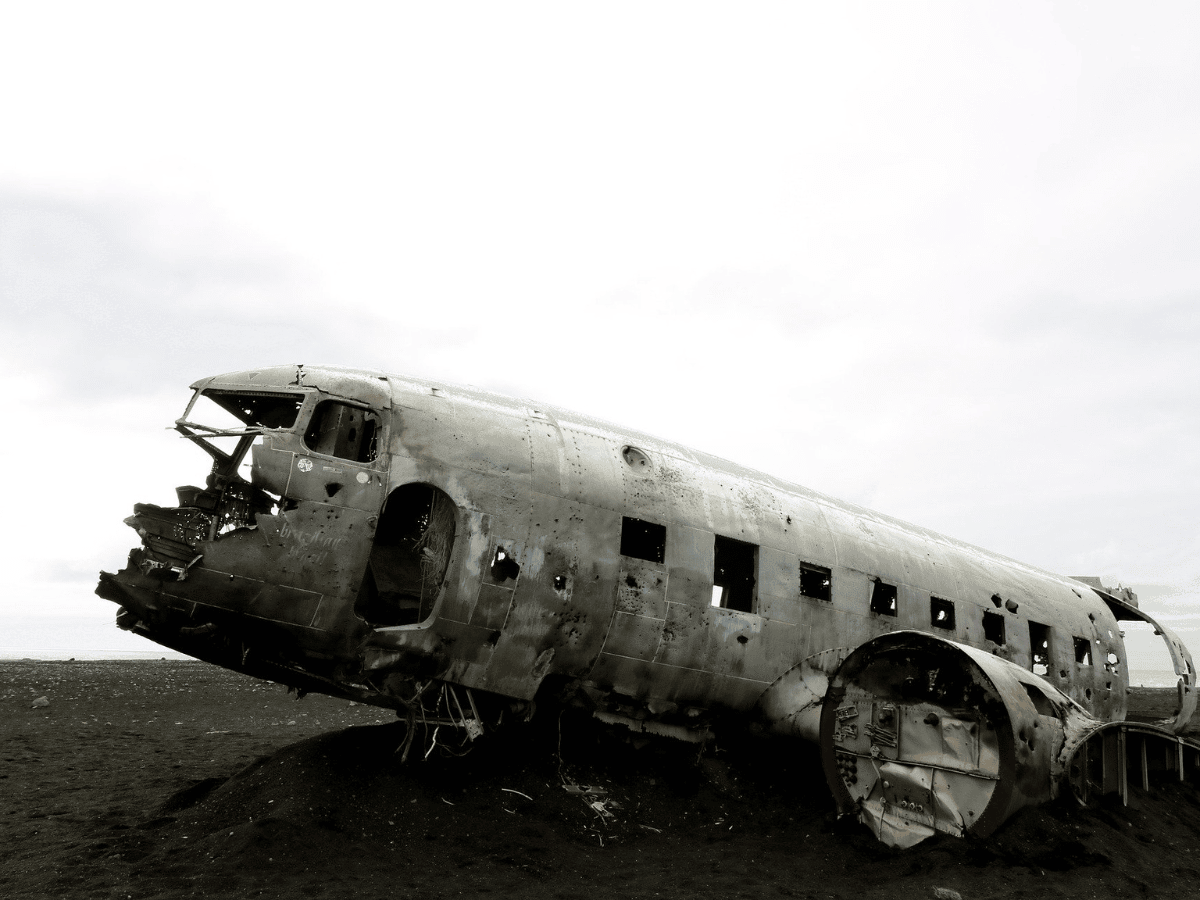 Proof-of-Stake (PoS)-based blockchain, Tezos [XTZ], upgraded a protocol on its mainnet. The upgrade, called Kathmandu, was first proposed to the Tezos community in July, and was the eleventh time there has been an upgrade.

According to the proposal created by Nomadic Labs and six others, Kathmandu was aimed at scaling the Layer-one (L1) protocol. Additionally, the challenge of pipeline validation and testnet governance problems would be a thing of the past.

Before the upgrade, Tezos’ co-founder, Kathleen Breitman, spoke to Emily Change of Bloomberg about the upgrade. According to her, upgrading more than ten times was not a problem for the Tezos network because the protocol was developed to upgrade itself.

Started from the bottom; now we stayed put

Since the upgrade activation, XTZ seemed to have reacted positively. According to CoinMarketCap, the native token of the security-focused internet of the future had climbed 4.15% in the last 24 hours. At press time, XTZ was trading at $1.52. 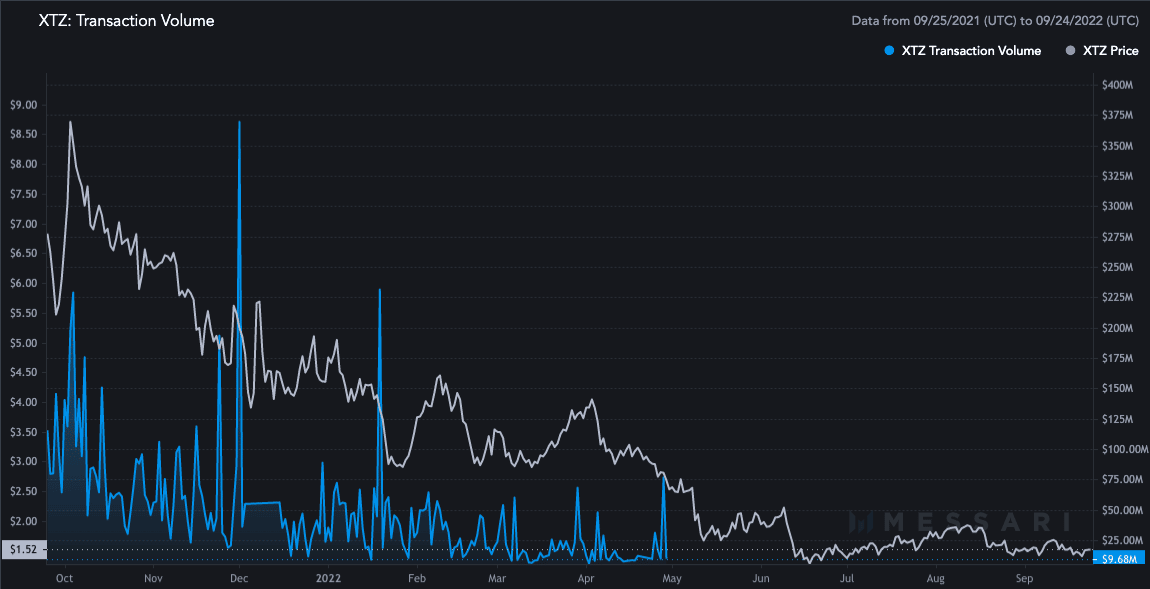 For the XTZ addresses count, the crypto data library indicated that it was approaching more bottoms. The crypto intelligence platform reported the addresses with over $10,000 XTZ had decreased to 8,420. Those with $100,000 XTZ and above had also dropped to 1,490. However, the addresses with fewer Tezos units were on the rise. 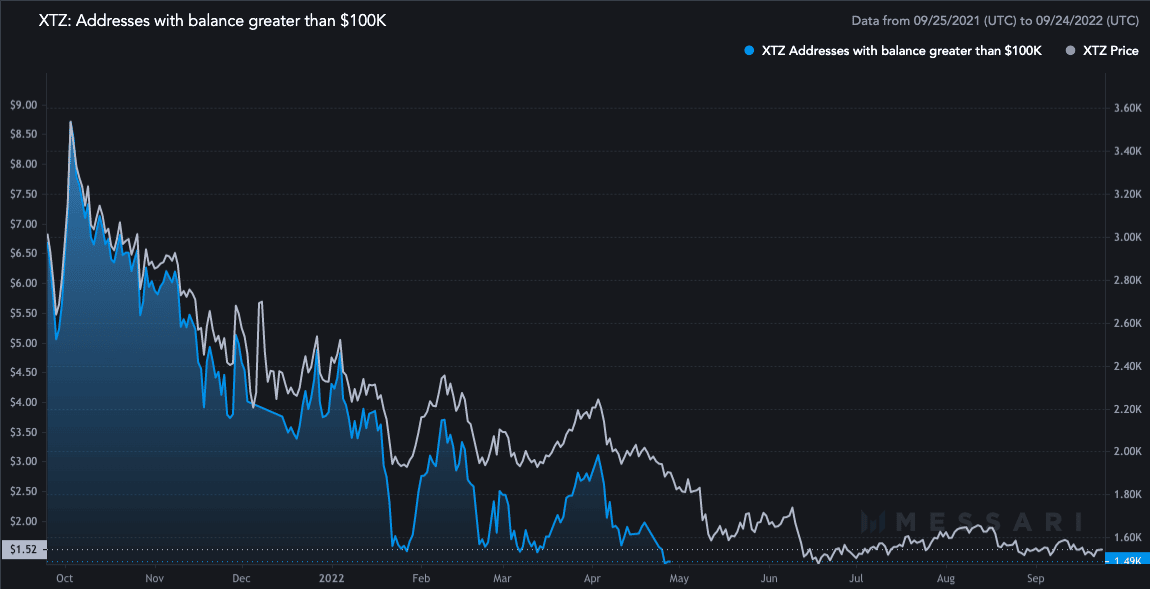 Per data on the Decentralized Finance (DeFi) ecosystem, XTZ was not progressing. DeFiLlama showed that the Tezos Total Value Locked (TVL) was $24.65 million. The current value was a 2.21% decrease from the previous day’s worth.

DeFi Llama also reported that Tezos’ liquidity dominance was now 69.12%. This showed that asset holders had earned more incentives on its liquidity protocol.