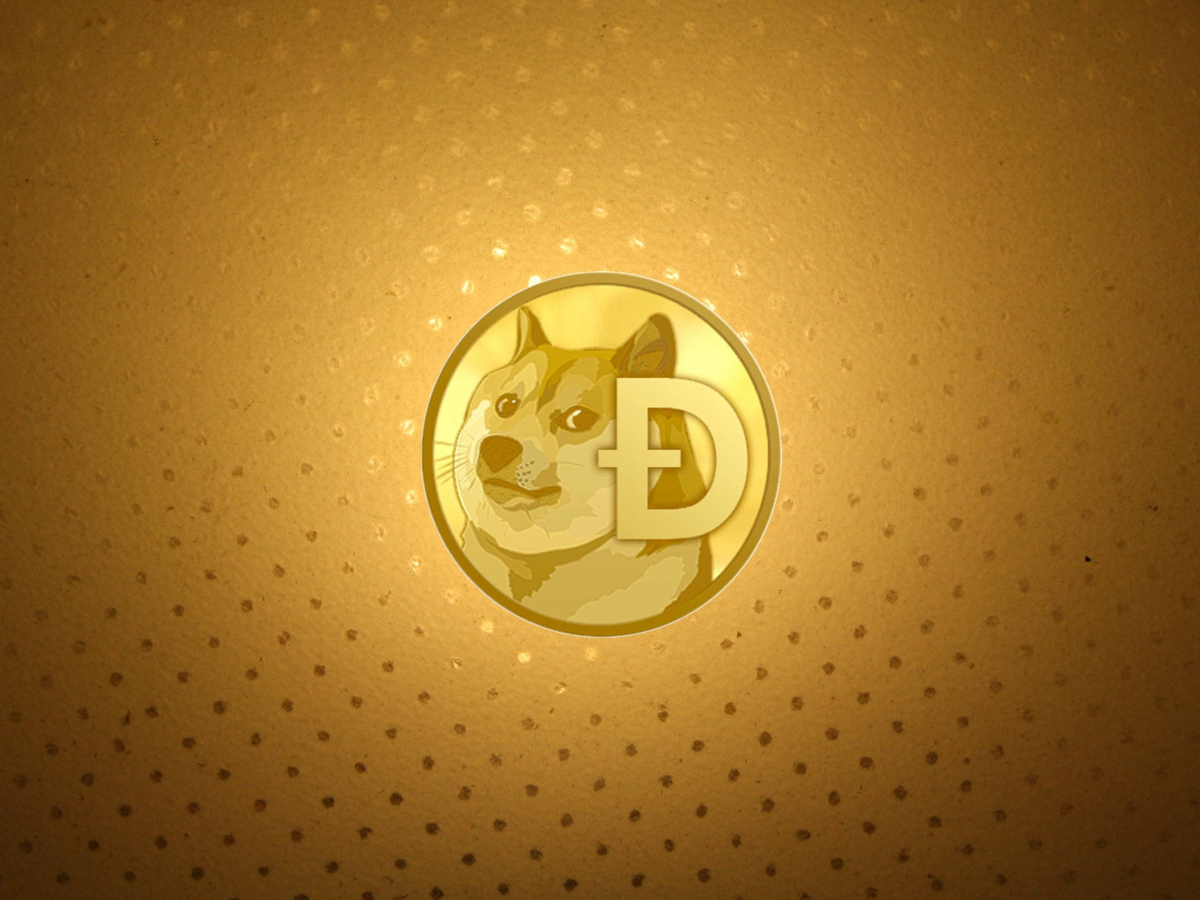 Dogecoin has had a long-standing loyal user base, vouching for it at any time regardless of varied criticism floating in the market. The coin continues to remain among the top coins. Moreover, even though it’s growth was interrupted in the recent past, new developments have transpired.

Yesterday, was a rather fruitful day for DOGE as it marked the highest single-day rise of the month.

Even though most in the market including Bitcoin did not mark significant growth this week, DOGE climbed up the price charts by 16.16%. 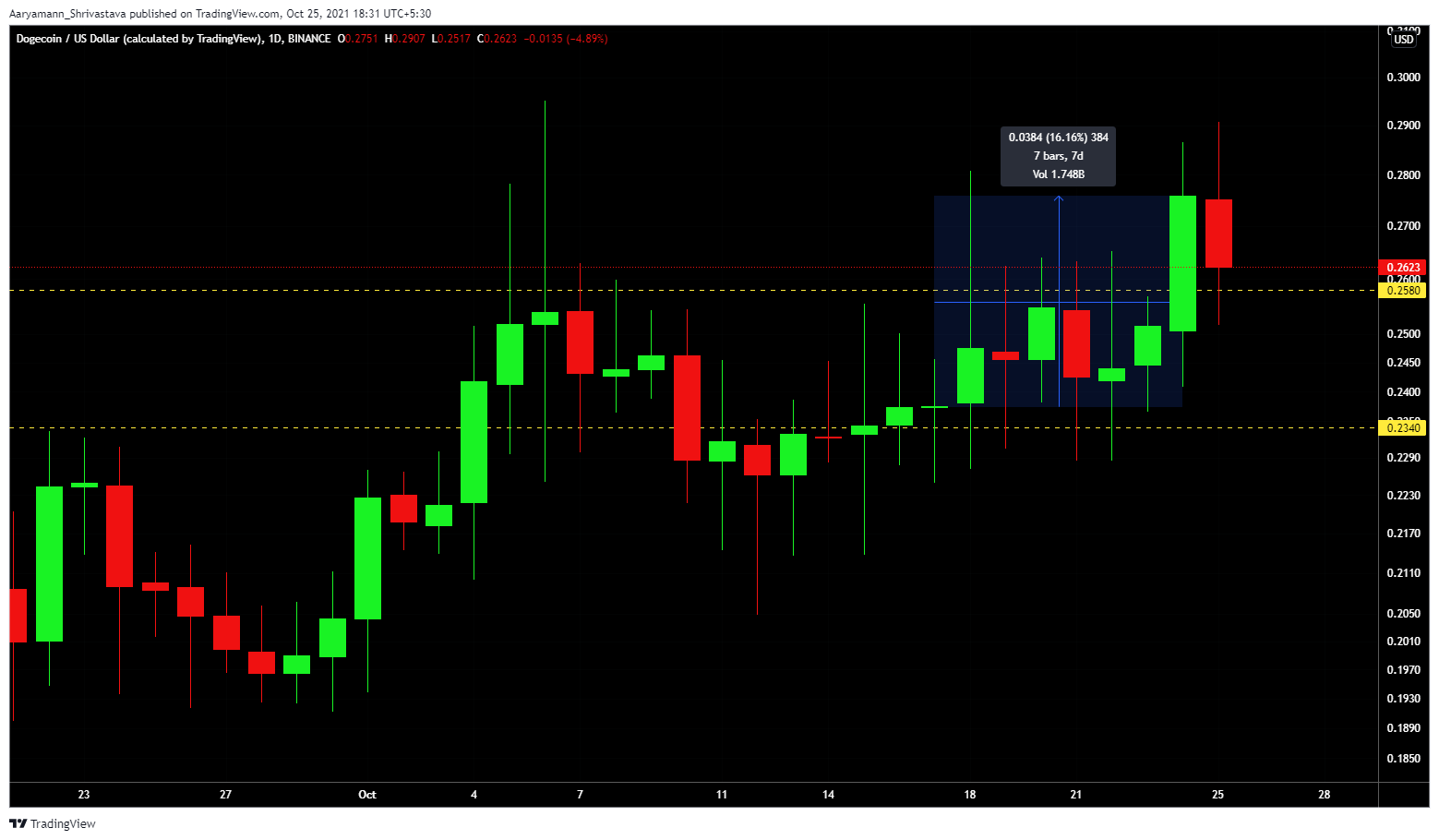 A potential cause behind this rise could be Elon Musk’s proclamation of his team at Tesla and SpaceX owning DOGE. He said that these people aren’t necessarily financial experts but still hold DOGE. This is also why he called it “the people’s crypto.”

According to a survey of 41,645 people from 22 countries, DOGE was one of the most in-demand tokens, and over 30.6% of all crypto owners in the United States owned DOGE. This is almost as many people as those who own Ethereum and way more than those who own Cardano and Binance Coin.

The average global crypto adoption rate of Dogecoin was merely 19.2% and that in the USA was 1.6 times more than that. 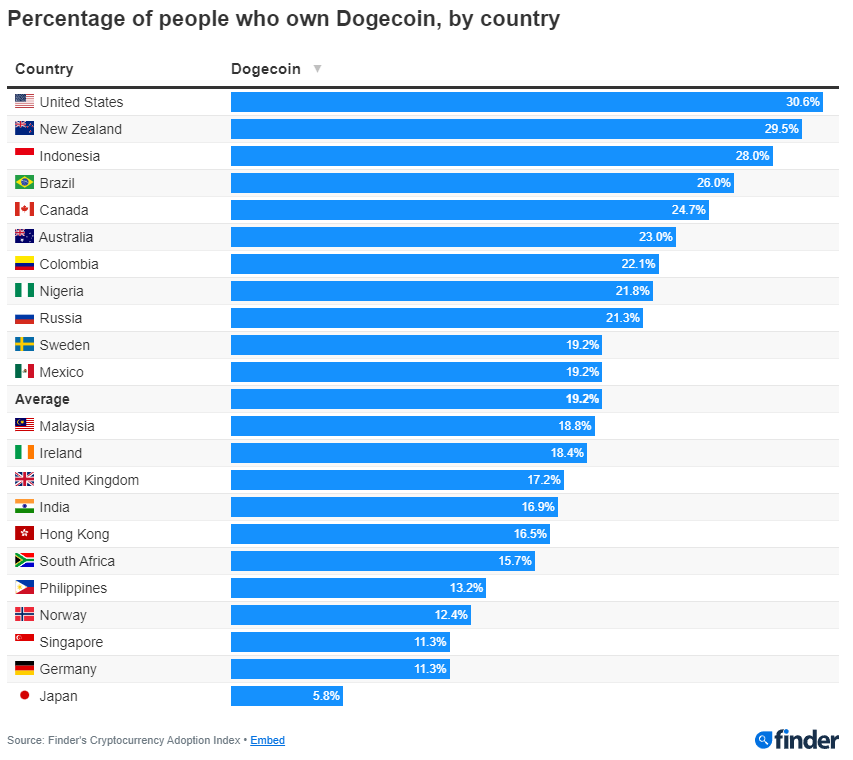 Following the evergreen trend of acting during the hype, DOGE investors became active yesterday and volumes soared up to an almost 2 months high of $2.5 billion. Further, in a single day, cumulatively, over 6.1 billion DOGE worth around $1.22 billion was bought and sold. 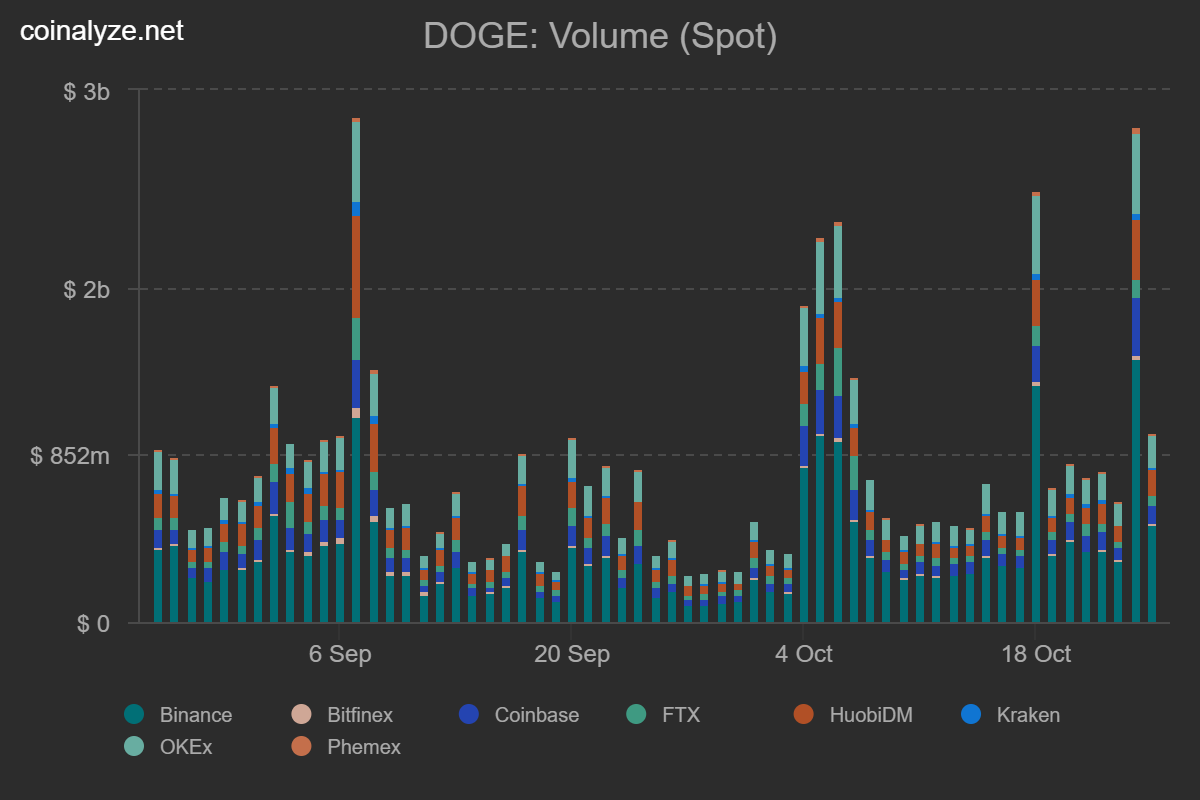 This month saw mostly bigger wallets playing well in the market conducting transactions worth $5-$7 billion on a daily basis. But retail investors haven’t seen a clear-cut profit scenario yet. 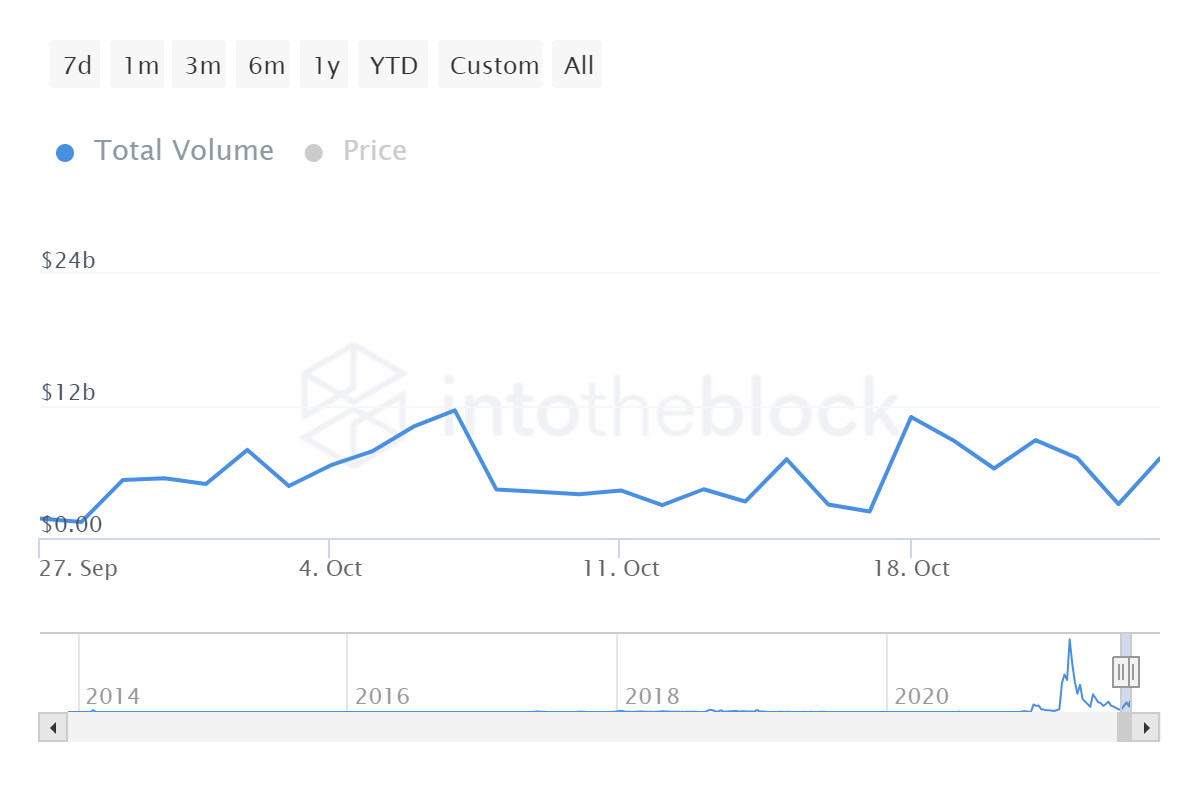 And this one incident from yesterday cannot be considered as a trigger for a bigger rally, since today DOGE dropped by 3.17% confirming its status as “people’s coin,” the value of which rises and falls exactly as people desire.

After a crypto crackdown, is China going after NFTs and their promoters