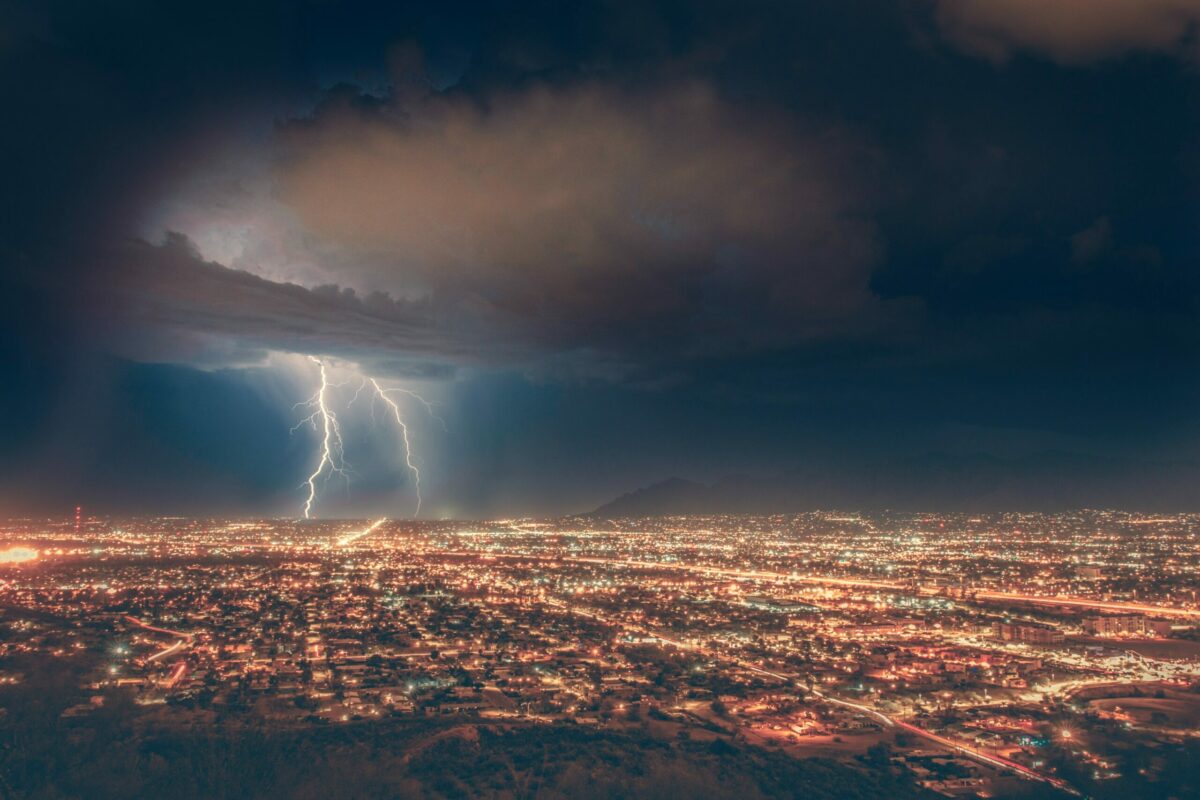 Bitcoin‘s lightning activity has kept pace this time around. Since the beginning of March, BTC’s 2nd layer payments protocol has seen parabolic growth in terms of activity. The number of BTC held on the chain, for instance, has increased significantly, with other factors recording a hike as well.

Over the past month, it has hardly missed a beat in terms of momentum.

The parabolic growth can be supported by the fact that between February 2020 and 2021, the growth had been only 23%. At the moment, however, the lightning network is already up 30% from 13 July. The current capacity of the network is 2308 BTC, worth over $100 million at press time.

There has been consistent growth in the number of channels and nodes, with figures of 76% and 58.2%, respectively, since the start of the year. However, it is important to note that the statistics could be higher since an estimated 27.8% of the lightning channels are supposedly private.

Now, in the past, consistency has been a problem with lightning. Initially, in 2019, there was legitimate hype built around the lightning network, with massive promotion being done via the lightning torch challenge.

However, interest faded towards the end of 2019. During the pandemic, no one was bothered about 2nd payments with Bitcoin. Now, with the collective world beginning to adjust to the COVID-19 era, the lightning network has revived its momentum.

Certain factors have played a major role. For instance, Blockstream has announced a new service called Greenlight to simplify personal use of the lightning node. However, El Salvador’s announcement may have played the most important role in this regard.

Since its legal tender announcement, Lightning-enabled wallets Strike and Galoy’s Bitcoin Beach Wallet have been among the top-15 of the most downloaded finance apps on Apple App Store. Additionally, a recent Coinmetrics report said,

“OpenNode, a company building Lightning-powered payment plug-ins that operates the 4th largest public node by current capacity (~93 BTC), announced in June that they would partner with the e-commerce platform BigCommerce to allow any of the over 60,000 global merchants on the platform to accept bitcoin payments.”

Can this be a rising threat to another protocol?

Scaling has always been an issue for Bitcoin and Ethereum, and then the ETH team decided on a shift to PoS protocol. Lightning was considered a solution, but it had fizzled out of traction until recently.

However, there are few signs that BTC might be able to eat some transactional traffic after all. 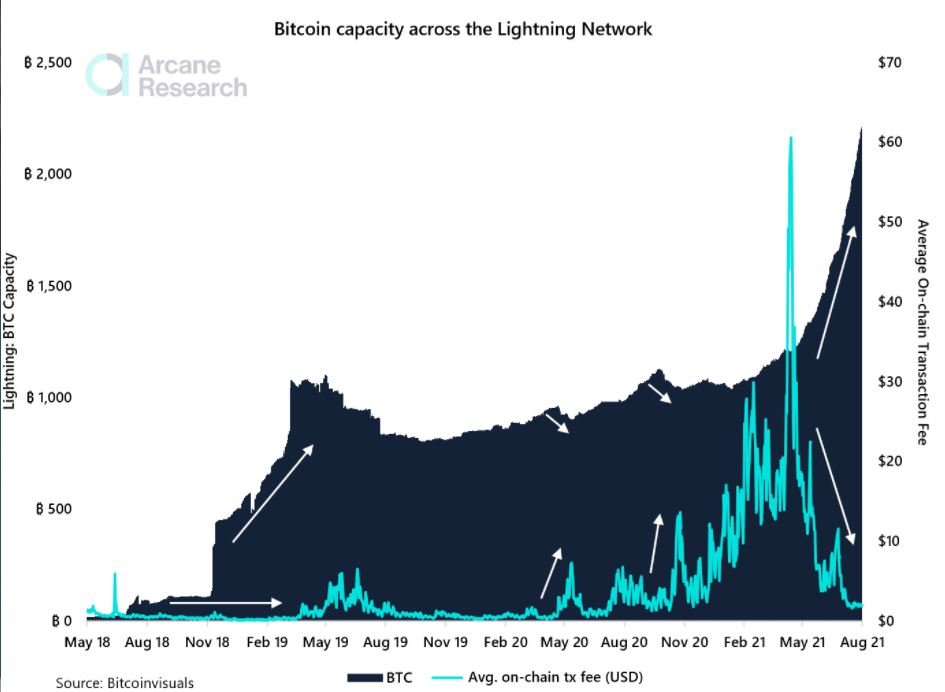 According to Arcane Research, Bitcoin tx fees have dropped by a whopping 96% since April. In fact, the figure was as low as when Bitcoin was valued under $10,000. Right now, the transaction fee is around $2.5, which is very impressive considering the usual high rates.

Such a narrative falls right into the hands of Bitcoin because they might be able to curb their fee issue before Ethereum has completed its PoS shift. The importance of gathering traffic during a bullish rally makes sense for the world’s largest digital asset. Bitcoin, therefore, might be scaling at the right time.

Related Topics:Bitcoin LightningBTCEl Salvador
Up Next

This Bitcoin ‘use case’ might incentivize users in unexpected ways