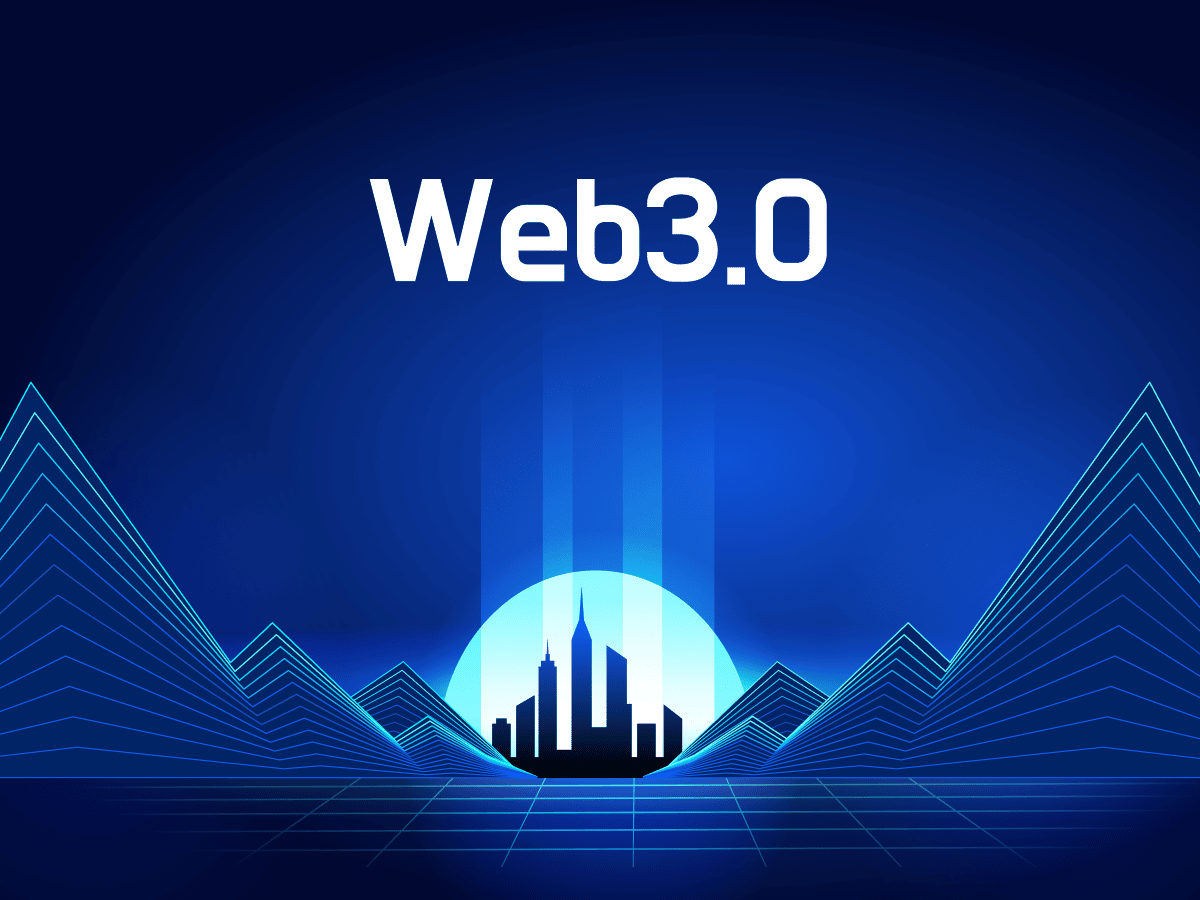 The first web page was released by Berners-Lee in 1991, and the world has since made great strides in the era of connectivity, and completed the transition from Web1 to Web2. The Internet has changed from a “read-only information display platform” to an “interactive content production network”, and users are interacting more with online content than ever before.

As users increasingly took charge of content creation, the scale of the Internet began to expand rapidly. Search engines represented by Google, social networking sites such as Facebook and Twitter, video communities likes YouTube and Tiktok, and knowledge communities represented by Wikipedia have become a tangible and inseparable part of people’s lives.

It has been 30 years since the first web page was launched and much digital progress has since been made. However, we are still in the Web2 era, and the drawbacks of this era are increasingly apparent. We need to go back to the Web’s original purpose. The primary aim of the World Wide Web back in 1989 was to alleviate information transmission and sharing issues among researchers from all over the world.

But in the Web2 era, the Internet has deviated from its original intention. Users’ role shift from mere information recipients to that of creators has not only altered their digital behaviors but the data generated from their behaviors have been held and used by Web2 technology giants for profit. The Web2 age has seen users’ personal data no longer belonging solely to themselves and has been viewed as an age that has seen a severe erosion of security and privacy. The upcoming Web3 era, however, promises to do away with the notion of big tech giants and their ownership of user data.

In 2014, Gavin Wood, co-founder of Ethereum,  proposed the concept of Web3 for the first time in his blog Insights into a Modern World and proposed a new Internet operation mode: information will be published and custodied by users themselves; it will be untraceable and will never be leaked; any intermediary agencies are not needed to help with the transfer of data.

In a blog post titled Why We Need Web3, Gavin Wood explained how Web3 will address the design flaws of the Web2 network:

Web3 is an inclusive set of protocols to provide building blocks for application makers. These building blocks take the place of traditional web technologies like HTTP, AJAX and MySQL, but present a whole new way of creating applications. These technologies give the user strong and verifiable guarantees about the information they are receiving, what information they are giving away, what they are paying and what they are receiving in return.

By empowering users to act for themselves within low-barrier markets, we can ensure censorship and monopolization have fewer places to hide. Consider Web 3 to be an executable Magna Carta — “the foundation of the freedom of the individual against the arbitrary authority of the despot.”

Will our lives be changed?

If Web 3.0 can truly give birth to a new global digital economy and create new business models and markets, what impact will it have on people’s lives?

Some experts say that if the platform’s monopoly can be broken, we can avoid the platform’s invasion of our privacy and freedom. For example, such a scenario will see our login time, search history, photos and posts on Facebook no longer recorded and kept by Meta – instead, our browser is our own personal database. We can transfer this information from Facebook to other platforms whenever we want.

According to Gavin Wood, Web3 will look barely different from Web 2, at least initially, from a user’s point of view. “We’ll see the same display technologies: HTML5, CSS, and so on. On the back-end, technologies like Polkadot — Parity’s inter-chain blockchain protocol — will connect different technological threads into a single economy and “movement.”

He also mentioned that in the Web3 world, web browsers might be called “wallets” or “key stores.” Browsers (and components like hardware wallets) will represent a person’s assets and identity online, allowing people to pay for something, or prove who they are, without needing to appeal to a bank or identity service.

Centralized Exchanges’ Role in the Transition

Based on the above analysis, we can conclude that Web3 should possess the following four characteristics in order to subvert the current monopoly of Internet giants and protect the interests of every Internet user.

Blockchain technology, with its unique characteristics of decentralized storage, immutability, and information encryption, will become the underlying technical facilities of Web3.

As the world’s leading cryptocurrency exchange, Huobi Global has been deeply involved in the cryptocurrency and blockchain industry for nine years. What role will it play in this change and how will it help users to migrate from Web2 to Web3?

Web3 requires a new identity system as it is a decentralized world. Decentralized Identifiers (DID) is the identification system for Web3 residents. DIDs can correspond with multiple identities and require more applications, including social networking, games, and more to support the accumulation of data on-chain.

As of now, Huobi has made significant headway in DID building— nearly 700,000 Huobi users have obtained DIDs.  The year 2022 should see social networking and NFTs utilized as gateways to provide more Web3 application scenarios for DID users.

As the basic infrastructure of the Web3 world, blockchain technology is still in its infancy. The challenges of infrastructure projects have been observed from three main aspects:

1) Demand for the application layer is growing too fast;

2) Technical difficulties have been exhibited and have yet to be fully countered by technical teams;

3) External factors, such as regulation, financing difficulties, and more are faced by up-and-coming projects.

With nine years of experience in the crypto and blockchain industry, Huobi is committed to leading the development of the entire industry in technological innovation through various forms of support. For example, Huobi has invested in OptimismPBC, zkSync, and other high-quality Layer 2 programs, and is willing to take on the role of an active partner in high-potential project teams in order to solve these pressing issues.

Among the numerous crypto assets available today, NFT, with its characteristics of digital scarcity, uniqueness, and verifiability, provides confirmation of digital ownership for and plays a pivotal role in entering the Web3 era. NFTs undertake the value transfer of real and virtual assets, enabling users to participate in both offline and online virtual events. Huobi is focused on building a cohesive NFT platform and community, enabling more creative developers, artists, and users to participate in and mutually enjoy the benefits offered by the industry.

In addition to NFT assets, Huobi Global has listed more than 500 high-quality crypto assets hailing from a variety of Web3 segments, including NFT, DeFi, GameFi, and SocialFi, to enrich the future of the World Wide Web. Infrastructure and application tokens, such as some Layer1 blockchain projects are Huobi’s primary considerations for listing, and such assets possess huge potential to play vital roles in the Web3 economy. Huobi will also provide several tools and services to swift the migration for users and companies with its strong expertise in finance and research.

The transition from Web2 to Web3 holds many challenges for users. Centralized exchanges such as Huobi Global are well-placed to offer more opportunities to both existing and up-and-coming innovative projects, enabling Web3 residents to not only keep up with the development of the industry but also enjoy the benefits brought by this promising new era.

Impossible as it is to predict when the first Web3 success case will be coming, Huobi Global and its users are quietly preparing and waiting for the Web3 world, which might bring a whole new meaning to the phrase “the Digital Age.”