Bitcoin [BTC] investors closely watching its performance over the last few days may have seen lower volatility towards the end of September. This may just have been a likely outcome due to uncertainty regarding how it will perform in October. This performance, in fact, may be akin to the calm before the storm, one in which case Bitcoin might be heading for a big move.

One of the key observations underpinning Bitcoin’s lower volatility includes the drop in exchange flows. Both exchange inflows and outflows dropped significantly over the last 2 weeks, with the same now close to its 4-week low.

Bitcoin’s next move may already be in motion, despite the observed volatility drop. Exchange inflows and outflows ended September with some divergence. Exchange outflows increased slightly between 29 and 30 September, while outflows continued falling. This confirms a notable change in the amount flowing out of exchanges. 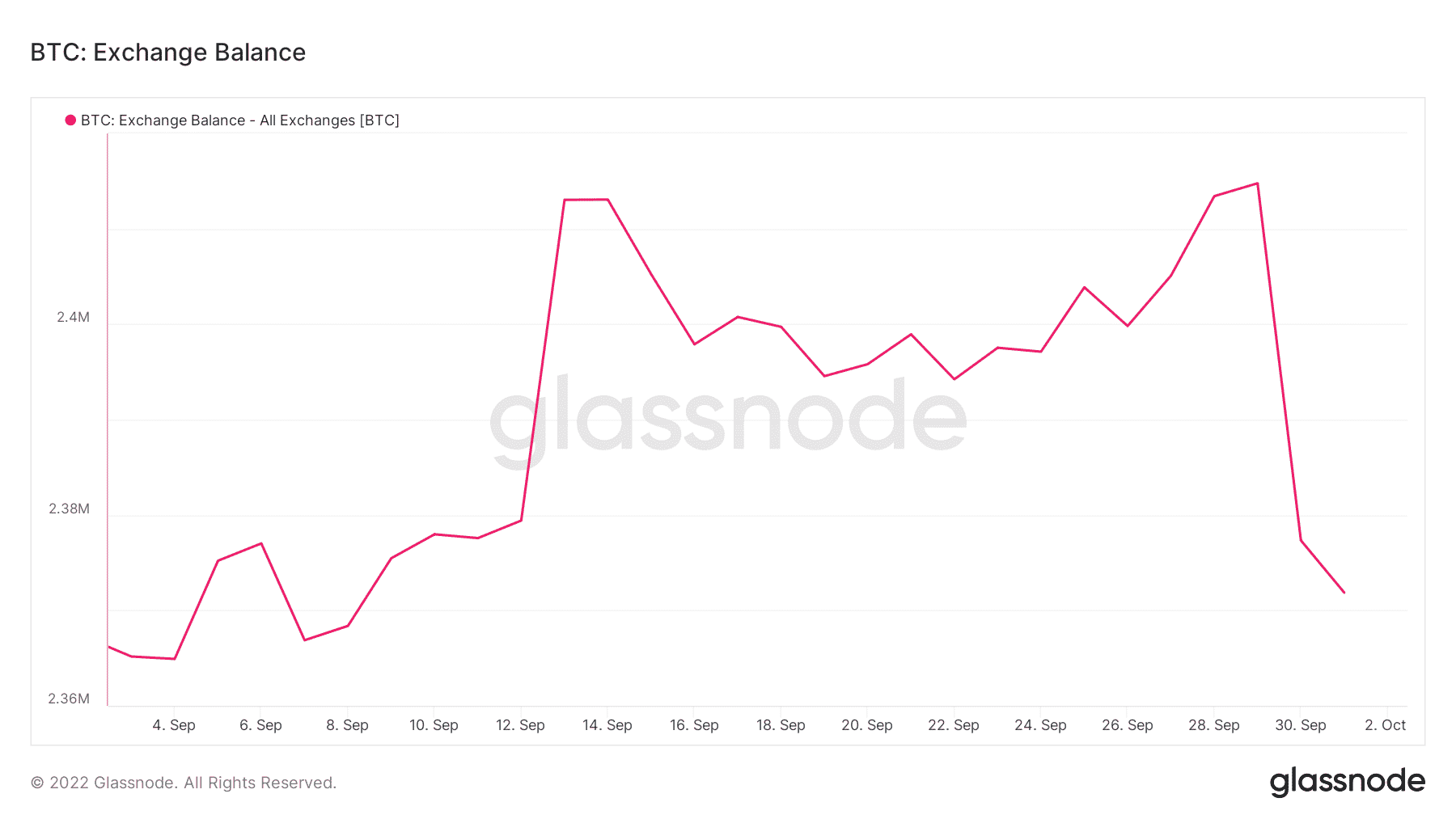 The aforementioned amount in BTC was worth roughly $825.6 million at press time price levels. This seems to align with the observed weighted sentiment shift in favor of the bulls after 25 September.

Such observations may indicate that volumes are currently leaning towards the bullish side.

Whales on the move?

BTC’s supply distribution metric also revealed a huge spike in the balance of addresses holding between 100,000 and 1 million BTC. This episode occurred towards the end of the month.

Although some whales accumulated during this period, some other whale categories contributed to sell pressure. This included whales holding between 100 and 1,000 BTC, as well as those in the 10,000 to 100,000 BTC categories.

Most of the whales reduced their activity, especially on the last day of the month. Some of the largest addresses reduced their balances slightly during this period. This outcome has contributed to the slight downside over the last 3 days, but it might be a form of market manipulation.

Hence, investors should watch out for a possible bear trap ahead.

Bitcoin concluded September with higher relative strength on the RSI and a MACD flip above the zero line. These observations side with the bulls. However, these types of price zones are also ideal for whale manipulation.

A drop from its press time levels would usher in more FUD into the market. A possible outcome would be higher leveraged short-positions due to more downside expectations.  Whales would then take advantage of lower price levels.

Assessing the hype around LUNC if Coinbase, Robinhood listings go through

Dogecoin [DOGE]: Assessing the odds of a 15% drop on the charts