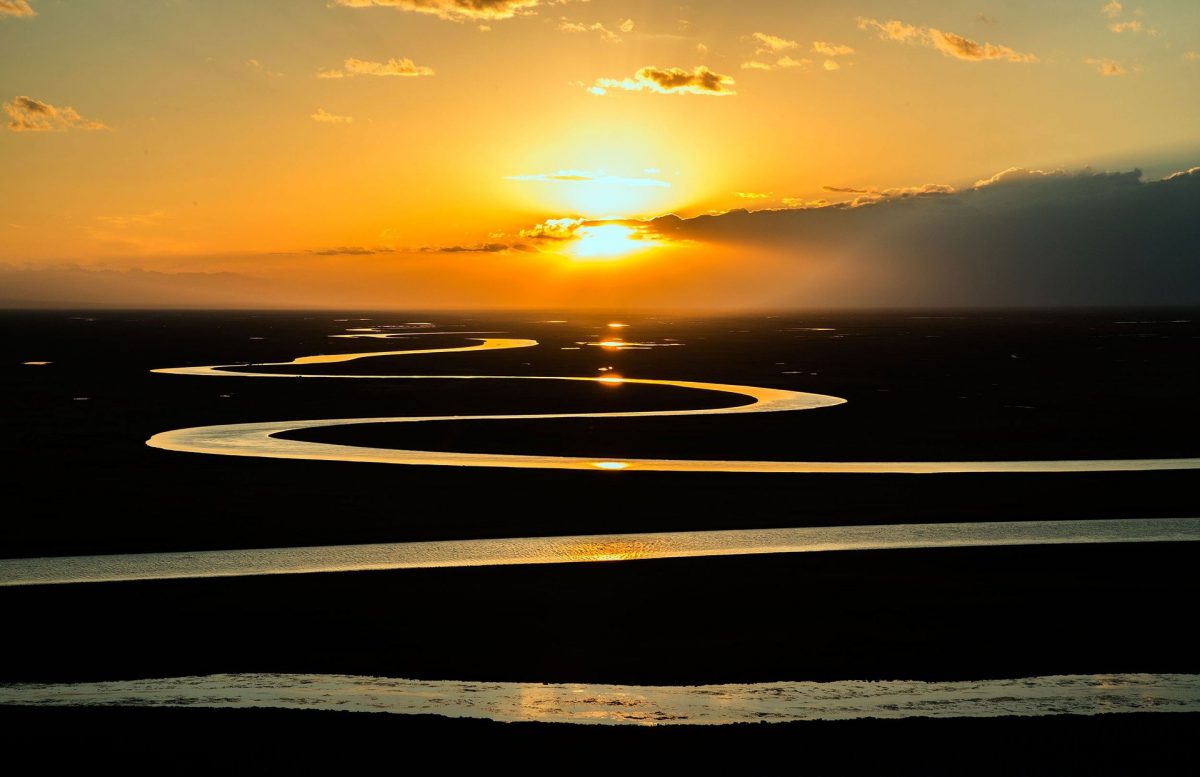 Chainlink was one of the top performers last year before Bitcoin and Ethereum stole the show in Q4 of 2020. While the altcoin has managed to retain a position above $10 for a majority of the last 6 months, it hasn’t really participated in the market’s price rally over the past few weeks.

Interestingly, the price’s reluctance hasn’t moved investors to the edge of selling their positions, with Santiment’s data suggesting a different story altogether.

Chainlink continues to be moved off exchanges 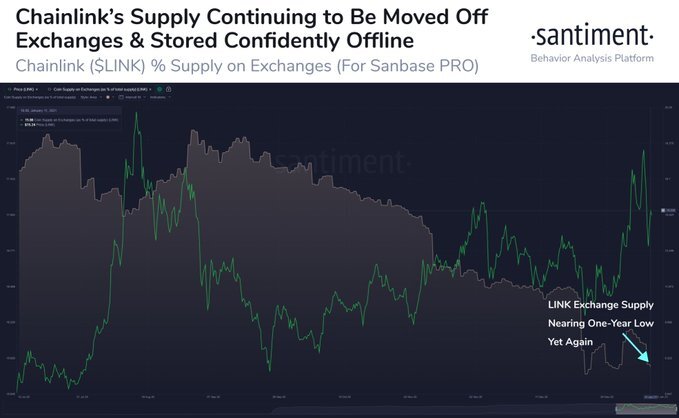 According to analytics platform Santiment, Chainlink’s ratio of supply is currently moving away from exchanges and falling to a one-year low. The chart attached herein highlights that in the 1st week of January, a portion of LINK tokens was moving back into platforms. However, after the decline, LINK’s Exchange supply seemed to identify a new low.

The supply ratio moving offline is considered bullish since investors are willing to hold on to their assets. Alongside trader confidence, there are a couple of other things that may help Chainlink’s course in the next few weeks.

Keeping Bitcoin aside, there were multiple altcoins that surged dramatically over the past few weeks. While Ethereum has led the rally, other popular crypto-assets such as Litecoin, Bitcoin Cash, and Cardano have also followed suit. In fact, just last week, XLM went on a run too. On the contrary, LINK’s market hasn’t really exploded on paper yet.

The potential of a LINK rally can be identified by the above chart. Now, while the crypto-asset did claim a position of $19.15 on the 7th of January, it wasn’t an organic bullish move.

One of the major advantages of Chainlink in the current market remains its capability to rally on its own. Back in 2020, Chainlink rallied for more than a month on its own, outperforming the likes of Bitcoin, Ethereum, and other crypto-assets.

This is largely due to the fact that it shares the lowest correlation factor with Bitcoin, when compared to some of the market’s other top assets. Correlated in movements less than 50% of the time whenever Bitcoin rallied, Chainlink remains in a unique spot, especially if its long-term market remains bullish.

It is important to understand that LINK is still susceptible to the collective market’s drop and it is not resistant to corrections. However, the price discovery for the crypto-asset remains exciting and the eventual breach of its all-time high may trigger another massive leg-up on the price charts.

Does Bitcoin’s volatility count for much during a bull rally?