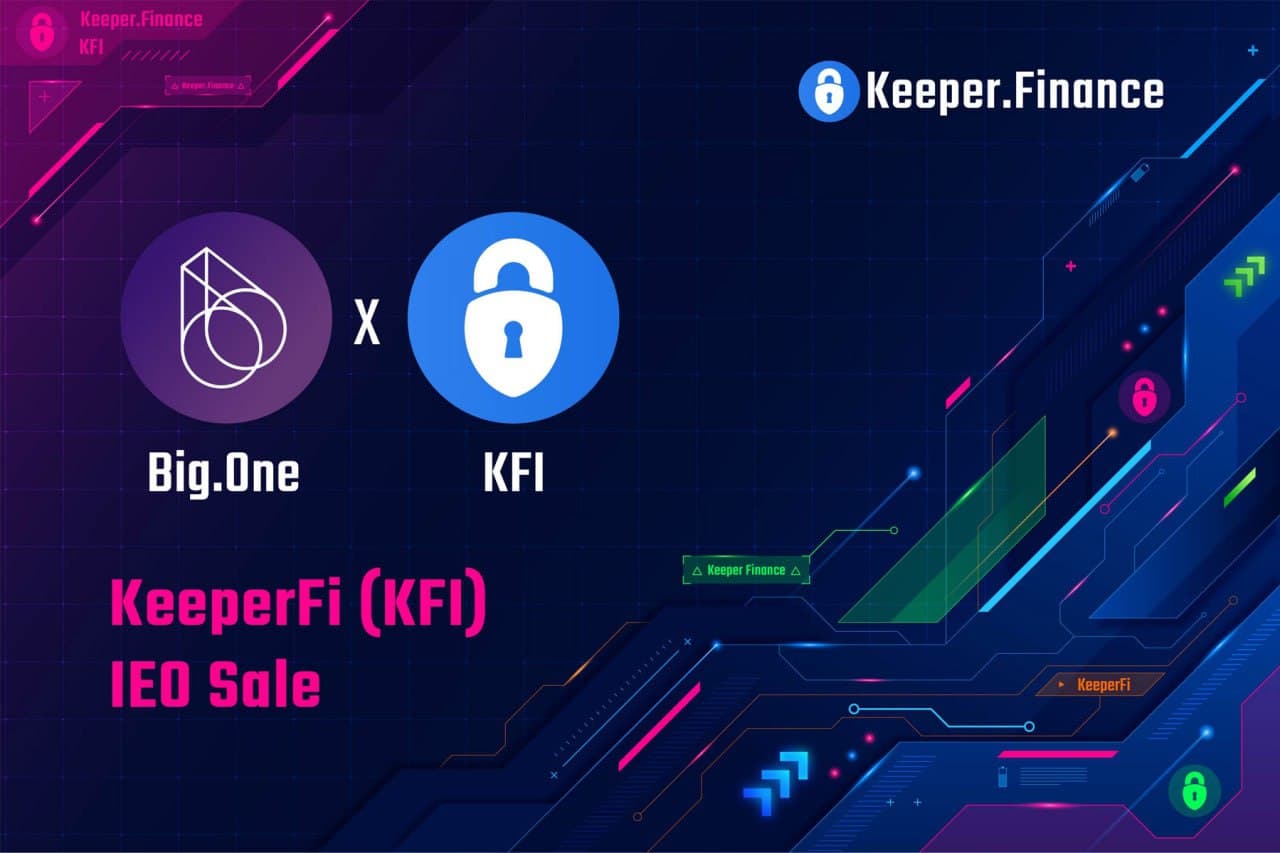 Keeper Finance (KFI) has announced the launch of an Initial Exchange Offering for its native token KFI on BigONE exchange.  The crypto exchange will list KFI on December 22nd 2020 at 15:00 (UTC +8) and begins with the first round of IEO subscription.

The subscription period will take place between December 22nd at 15:00 PM (+8) to December 27th at 15:00PM (UTC +8). During this period users can register on BigONE and partake in the IEO at a discount offer of 1.5 USDT per KFI. A maximum amount of 500,000 KFI will be available for purchase during the subscription period.

The subscription form is in KFI/ETH trading pair and interested participants will be required to make deposits in Ethereum. At the end of the subscription period, BigONE will open trading within 10 working days after which users can trade KFI freely on the platform.

Keepers register through a bonding process that takes 24 hours after which a registered user is activated as a keeper. The smart contract also has a 13 day limit for job requests initiated on a specific address.

Keeper Finance is powered by its utility token KeeperFI (KFI). KFI is used to initiate bonding and also for the payment of rewards on the Keeper Finance platform. It is an ERC-20 token built on Ethereum and offers similar attributes to Ether.

KFI has a limited market supply of 2,000,000 tokens that would be produced by the DeFi protocol. The distribution of the tokens is as follows: 65% will be offered by multiple tired IEO/IDO. While 10% will be made available as part of its liquidity pool, 10% will be kept aside for development, 10% for promotion respectively while the remaining 5% will be distributed to the founding KFI team and locked for six months.

KFI has further use cases apart from being the utility token of Keeper Finance and can be staked for rewards or exchanged on decentralized exchanges including Uniswap.

You can learn more about Keeper Finance from the official website https://keeper.finance and technical papers  https://docs.keeper.finance/.

BigONE is an exchange registered in Singapore, but that operates from China. Launched in 2017, BigONE is one of the top crypto exchanges in the world and offers a long list of supported cryptocurrencies.