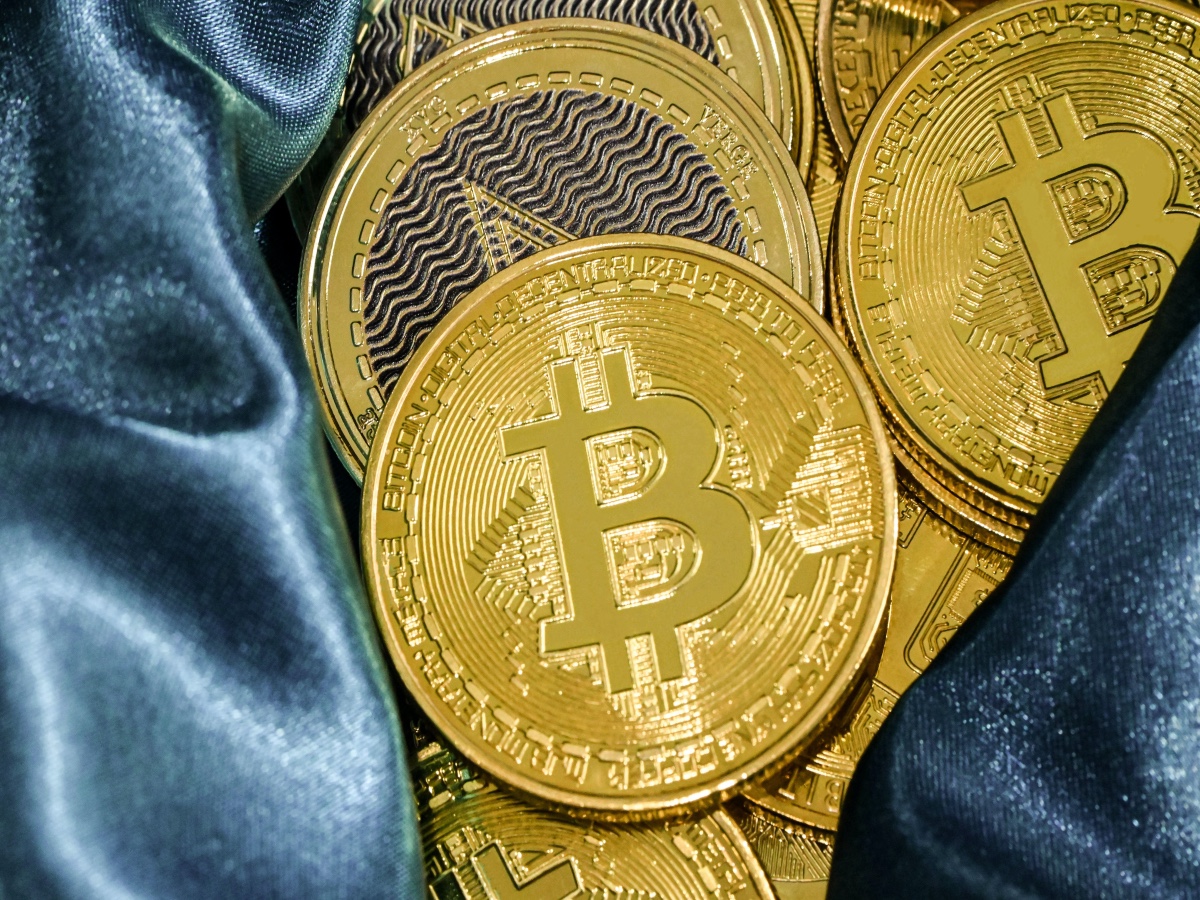 Bitcoin seems attached to the 40k mark of late. But as bulls wonder when they can restart their run to a new all-time high, we need to pull back the curtain to understand what’s going on in the king coin’s ecosystem.

Santiment’s average exchange funding rates indicated investors were consistently longing the asset with the help of leverage, which can signal the oncoming of sudden liquidations. This could be one reason contributing to Bitcoin’s fall back to $40.8k after reaching $42.2k.

📊 #Bitcoin has fallen back to $40.8k to close the weekend after being as high as $42.2k a day and a half ago. Funding rates have been valuable in identifying when traders are leverage longing, which have generally led to abrupt price corrections. https://t.co/GURhehG13i pic.twitter.com/YQD7bawGm8

So liquidations might have been behind Bitcoin’s fall in price, but what could be influencing the coin’s trajectory from here on? An analysis by Glassnode suggested that one factor could be futures, as prices are moving closer to those of spot prices.

Futures are driving #BTC . More activity in the futures market as futures prices converge with spot.

“Derivatives-driven exchanges and a high futures-to-spot volume ratio reinforce that futures are driving the market.”

So how are investors feeling about these changes? Santiment data revealed that traders might be getting excited by Bitcoin’s rally above $41,000 as weighted sentiment turned mildly positive. However, it remains to be seen if this can be sustained. 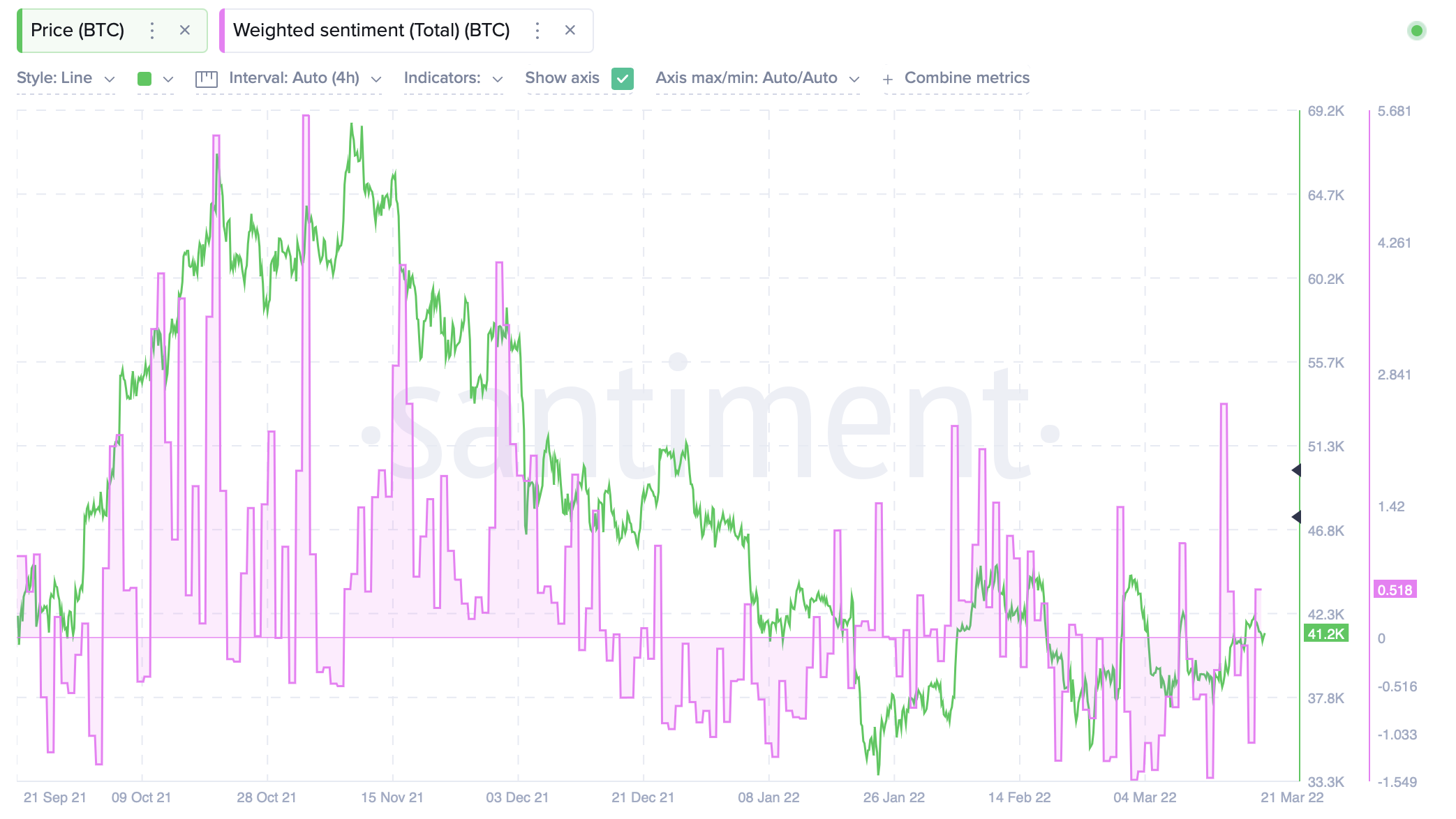 Coming to active addresses, we can see a significant spike corresponding to the time when Bitcoin’s price neared $45,000, followed by a drop-off as the market corrected. Even with Bitcoin’s gradual rally since early March, the number of active addresses is yet to catch up again. 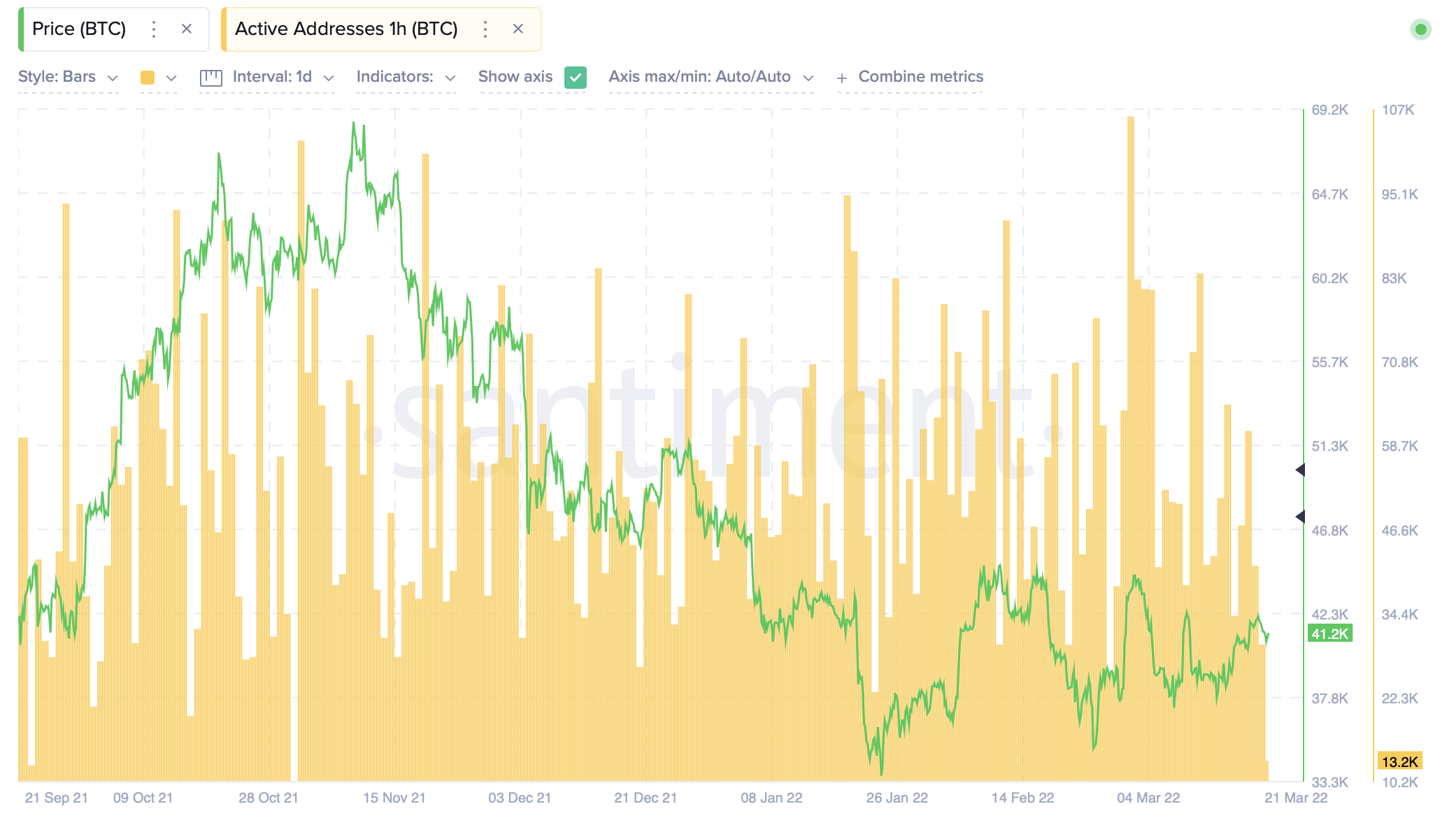 Glassnode further added that Bitcoin was still performing better than other altcoins. The analysis noted,

“Bitcoin’s trading channel narrowed even further to $38k to $42k, which points to pressure building up towards a breakout.”

A foot in the door?

These coin movements come during a time of global crisis and uncertainty, so traders might want to know what other investors are doing with their funds at the moment. To that end, Glassnode’s weekly on-chain exchange flow data showed outflows across Bitcoin, Ethereum, and Tether [USDT].

“Long-term holders keep accumulating bitcoin, with many investors moving supply out of exchanges at a loss.”

In other words, while HODLers are living up to their name, short-term investors are buying BTC, but not at the lowest point of the dip.