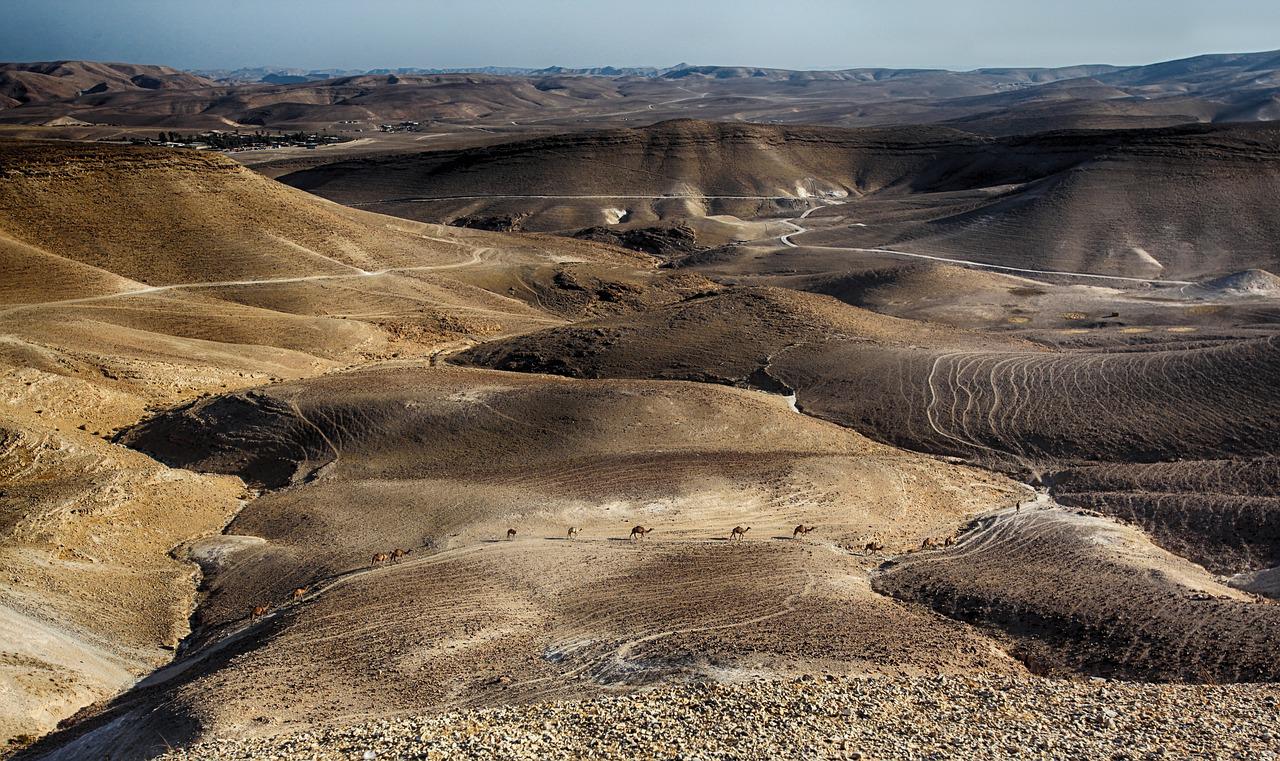 The crypto market saw some relief on the price charts over the previous day after a strong drop in the past week. Litecoin saw a minor bounce from $102. and Algorand saw a bounce as well. Only ApeCoin had genuine demand in the past couple of days. 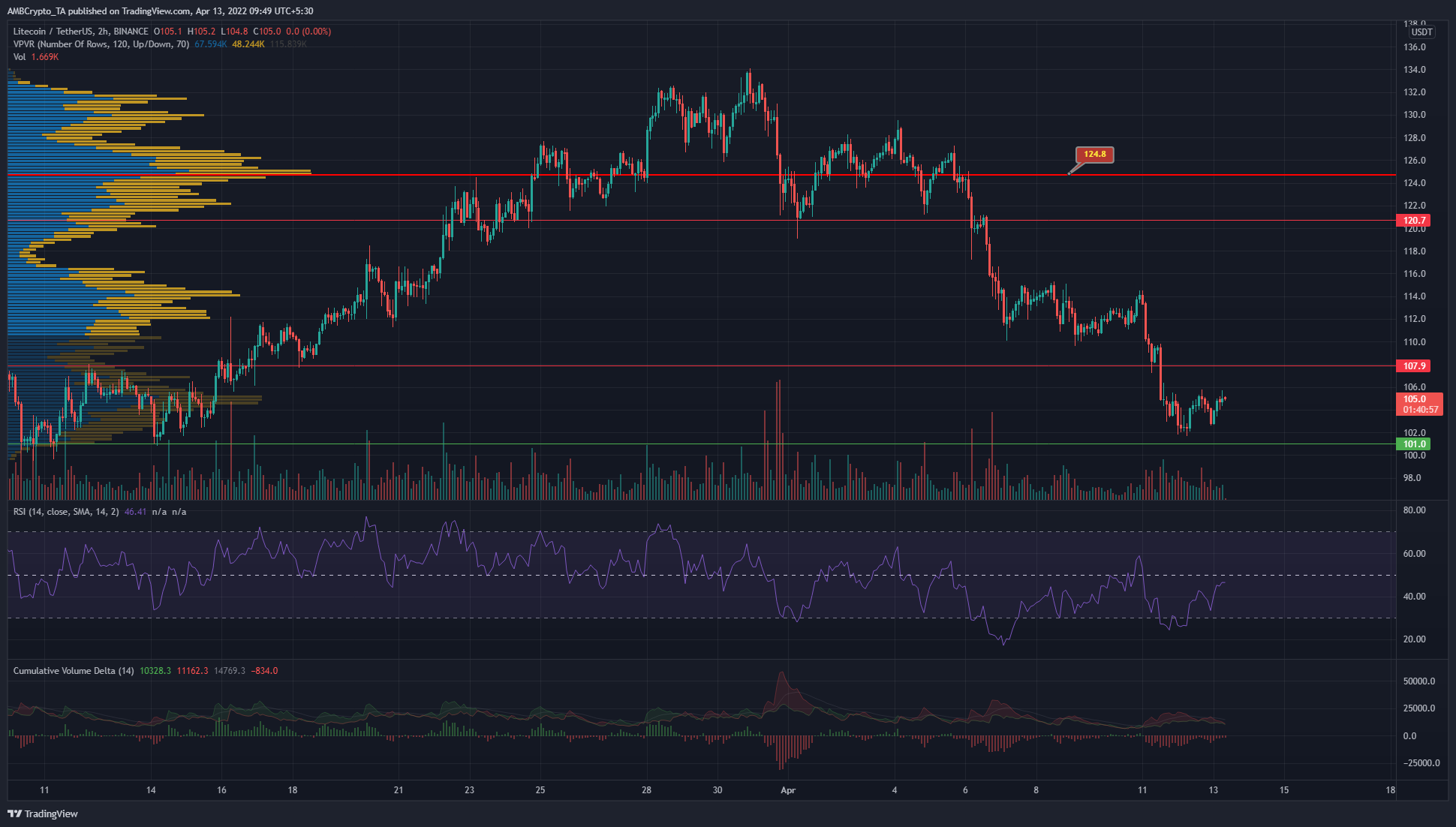 Litecoin has a bearish outlook on the charts, as the RSI on the hourly timeframe was beneath neutral 50. Moreover, the $107-$108 area was a bearish breaker in the near term, as the price could rise to these levels to collect liquidity before a move back downward.

The Volume Profile Visible Range tool showed that the price has dropped beneath the Value Area Lows of the past month. Therefore, for bullish momentum to be initiated, LTC would need to climb above $112. 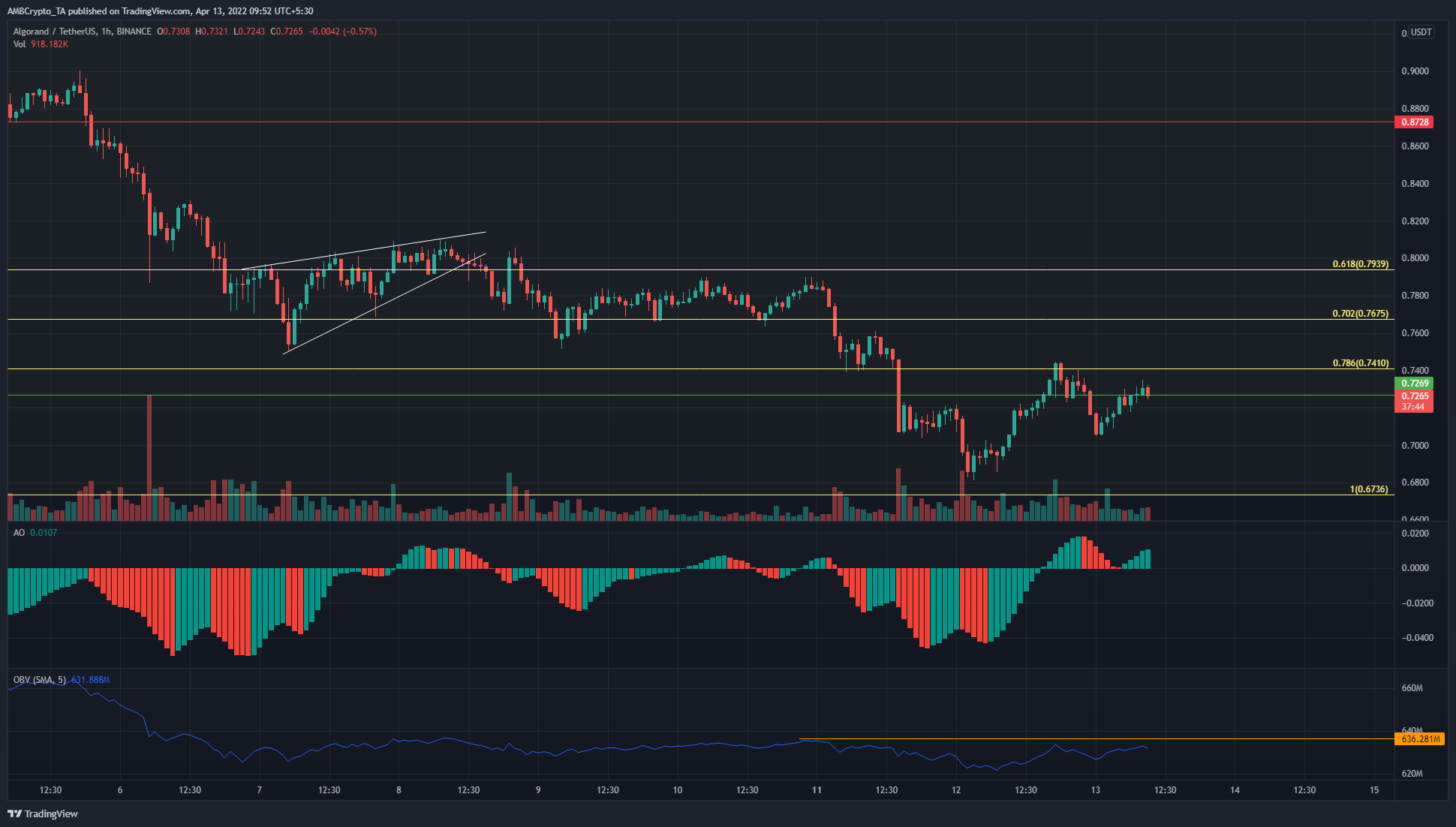 Algorand was also in a downtrend over the past week. However, the Awesome Oscillator showed some bullish momentum, and ALGO was also trying to push past $0.74 after forming a higher low at $0.705, above the previous low at $0.681.

The OBV climbed slightly the previous day but did not yet indicate strong buying. Moreover, the price was beneath the 78.6% retracement level of ALGO’s move from $0.673 to $0.988 in the second half of March.  Therefore, the $0.74-$0.78 area can be expected to pose stiff resistance to the price movement. 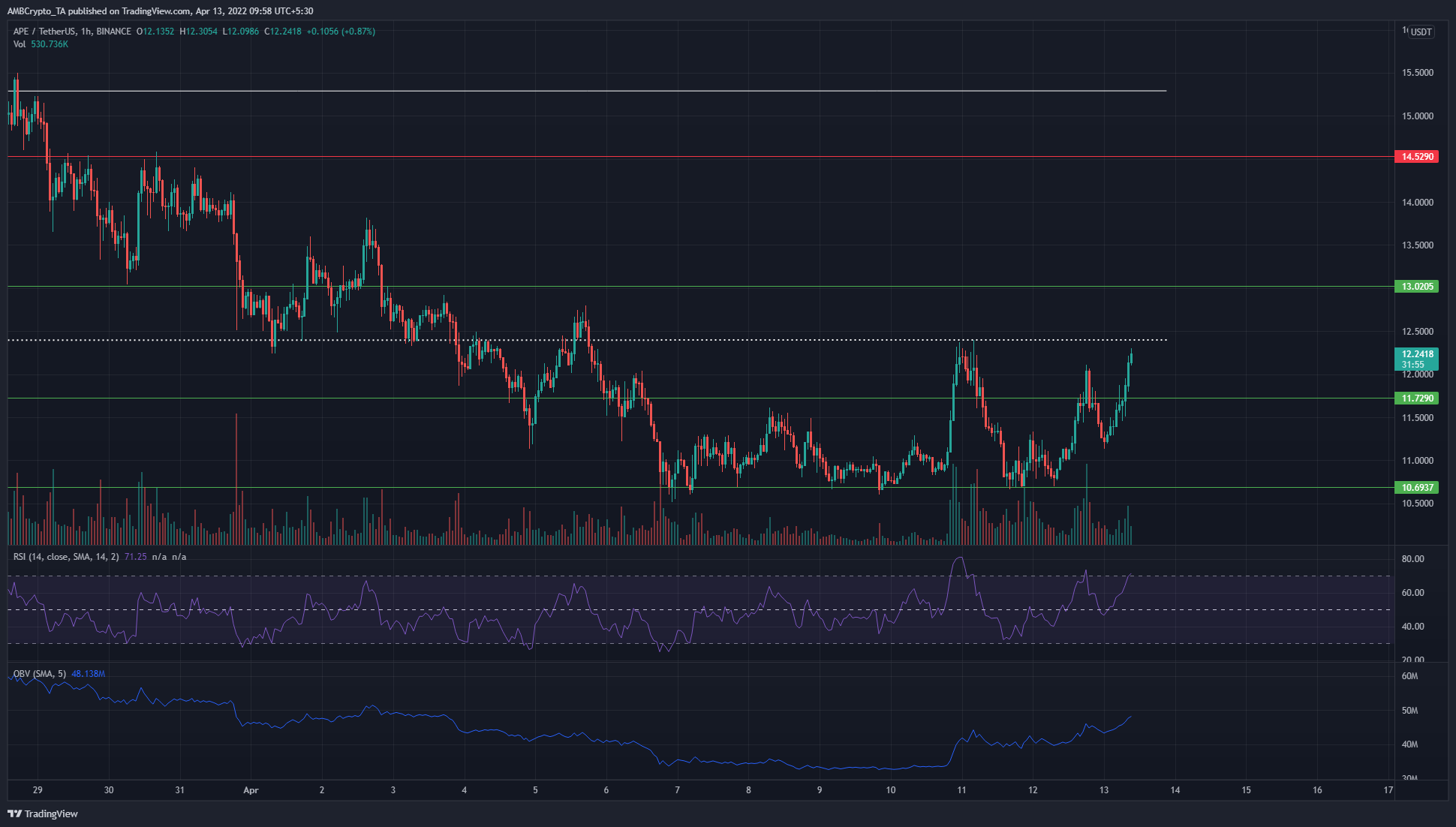 APE was the only one of these three altcoins that appeared to have changed its outlook on the price charts. The OBV has been trending downward since late March, but in the past two days, that has changed.

The OBV shot upward rapidly, which meant that buying volume was seen in the market. Right before this bullish impetus, the price consolidated for a few days above the support level at $10.69. The RSI has also been above neutral 50 in the past couple of days and showed strong upward momentum with a reading of 71.

Flipping the $12.5 area from supply to demand in the next few hours could present a buying opportunity.

Related Topics:algoApeLTCPrice Analysis
Up Next

Baked Matic emerges as an innovative pioneer in smart contracts

The value STI token holds in the Seek Tiger ecosystem